Additional photos of this Harley Board Track Racer are available here for your perusal.

In 1901, 20 year-old William S. Harley drew up plans for a small engine with a displacement of 7.07 cubic inches (116 cc) and four-inch flywheels designed for use in a regular pedal-bicycle frame. Over the next two years, he and his childhood friend Arthur Davidson worked on their motor-bicycle using the machine shop at the Milwaukee home of their friend Henry Melk. It was finished in 1903 with the help of Arthur’s brother, Walter Davidson. Upon testing their power-cycle, Harley and the Davidson brothers found it unable to climb the hills around Milwaukee without pedal assistance, and they began work on a new and improved machine with an engine of 24.74 cubic inches weighing 28 lb.

In February 1907, they displayed a prototype model at the Chicago Automobile Show with a 45-degree V-Twin engine. These first V-Twins displaced 53.68 cubic inches (880 cc) and produced about 7 horsepower. This gave about double the power of the first singles, and top speed was about 60 mph. In 1911, the company introduced an improved V-Twin model with a displacement of 49.48 cubic inches (811 cc) and mechanically operated intake valves, as opposed to the “automatic” intake valves used on earlier V-Twins that opened by engine vacuum. It was smaller than earlier twins but gave better performance. In 1912, Harley-Davidson introduced their patented “Full-Floating Seat” which was suspended by a coil spring inside the seat tube. The spring tension could be adjusted to suit the rider’s weight, and more than 3 inches of travel was available. Harley-Davidson officially started their Racing Department in 1913, and they would quickly earn the nickname of “The Wrecking Crew” due to their dominance.

1914 brought the introduction of Harley’s first purpose-built V-Twin board track racer, called the Model 11K. It was immediately successful, and Harley opened up sales to privateer racers through their dealerships in 1915. This brings us to the beautiful 1915 Harley-Davidson (Engine #: 1382K), sometimes referred to as a Rivet Tank Board Track Racer due to the reinforced riveted tank.

This 11K has gone through a restoration, however the owner acquired his board trackers (we have more coming soon) through various auctions and we’re sorry to say that the details on provenance and who handled the restorations are basically non-existent. However, if you recognize the bike or the craftsmanship, we would love to hear from you! It presents impeccably, and has not been ridden since the restoration.

The one cosmetic issue we note is a paint chip on the left side of the rear frame. 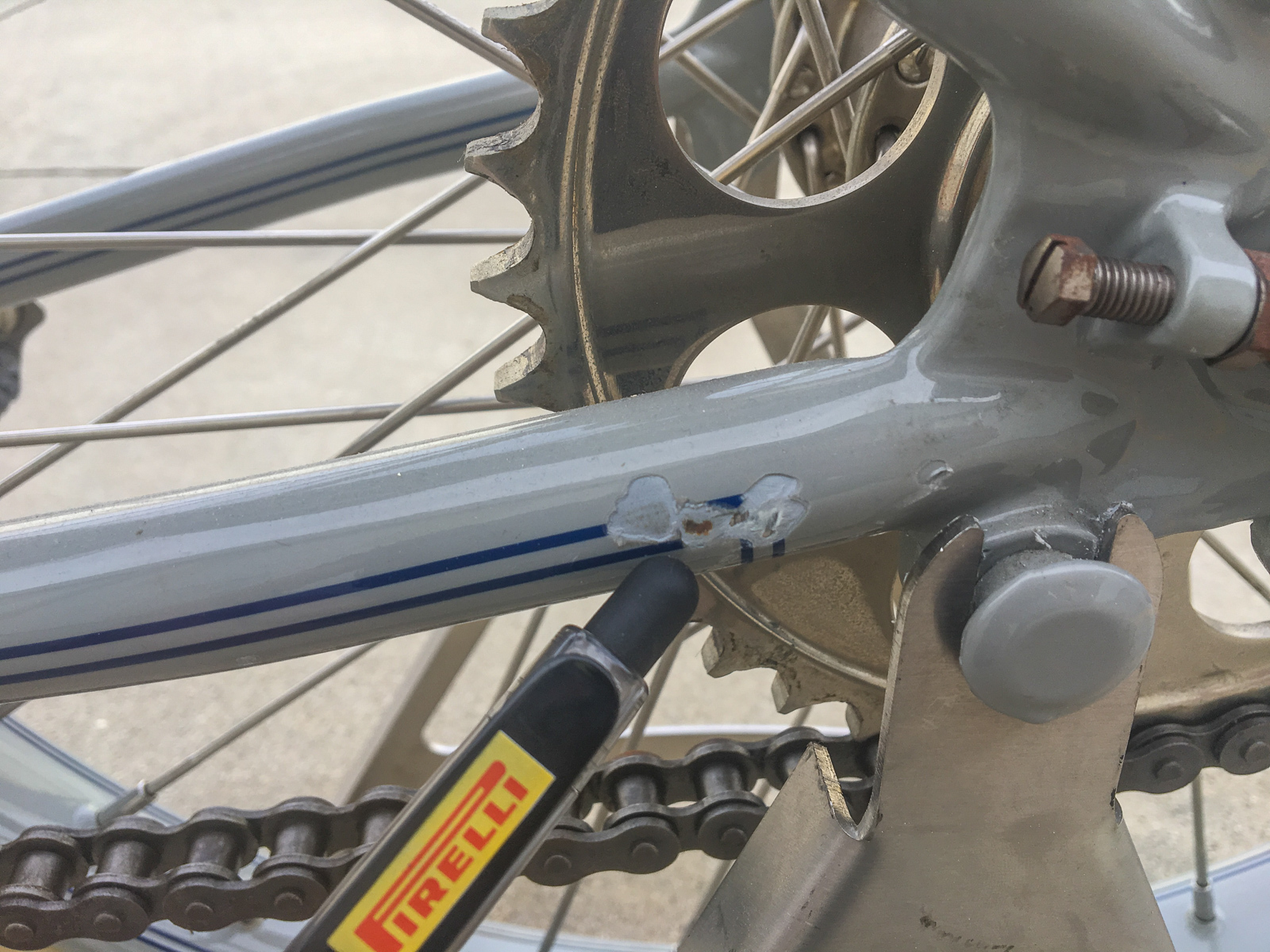 Put it on display, or call on our White Glove Service to make it a runner for you – either way, you won’t be disappointed!