Additional photos of this 1954 DKW RT250/2 are available here for your perusal.

Introduced at the Frankfurt Motorcycle Show in 1951, the DKW RT250 was a big sibling to the RT200. The stroke remained the same but the bore was increased to 70mm, yielding a peak output of 14 horsepower. 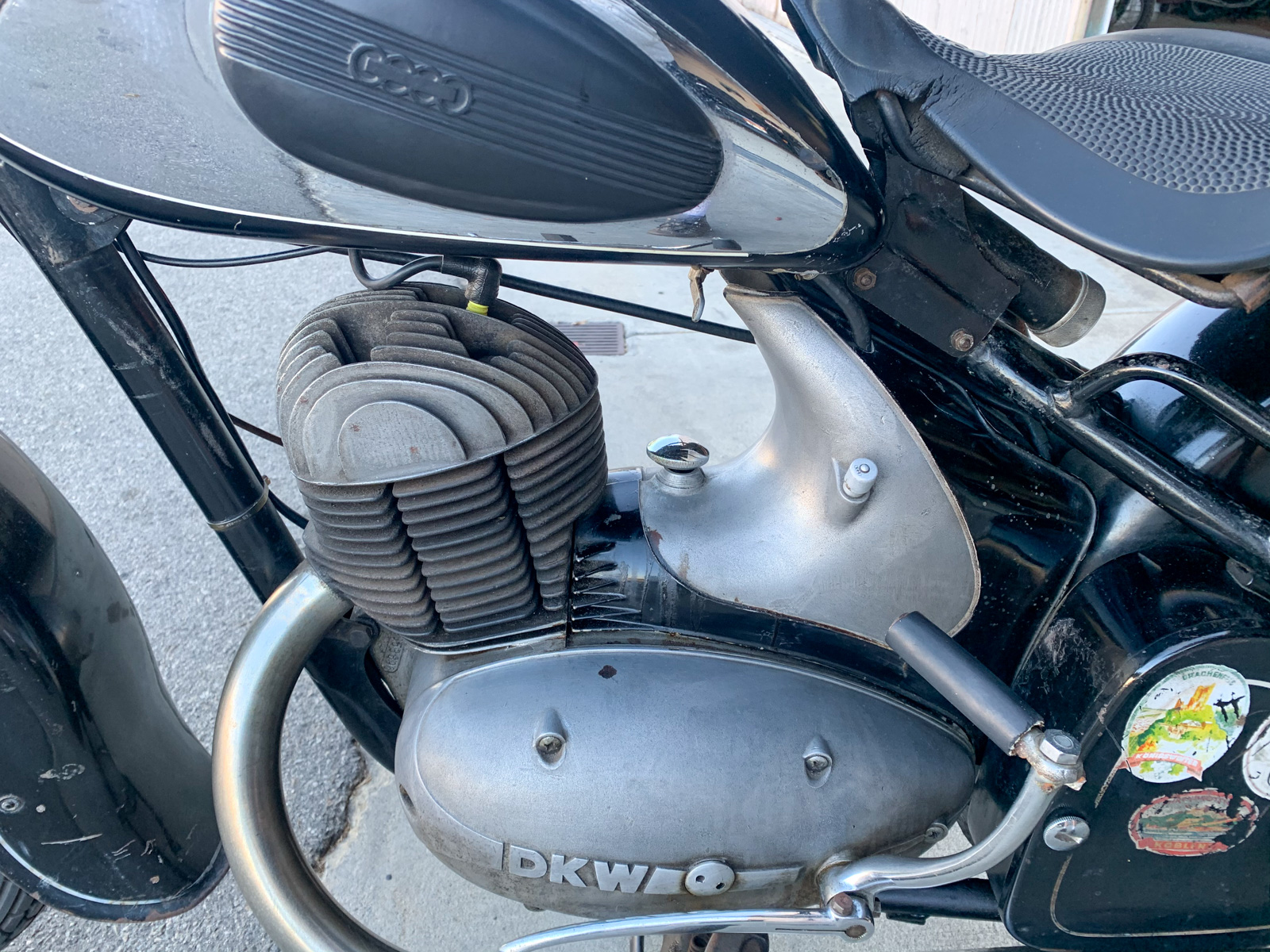 Several components around the engine were upgraded, with a new plunger rear suspension and an extra gear in the transmission (4 vs. 3). DKW offered three models: the RT250, RT250/1, and RT250/2. The /2 was the top of the line, and it was surprisingly well-suited to sidecar duty thanks to the closed, rigid steel tube frame, a suspension tuned to bolt a sidecar on the side, and having the exhaust on the left, as far as possible from a sidecar-based passenger. Claimed top speed (without a sidecar) was just over 70 miles per hour. 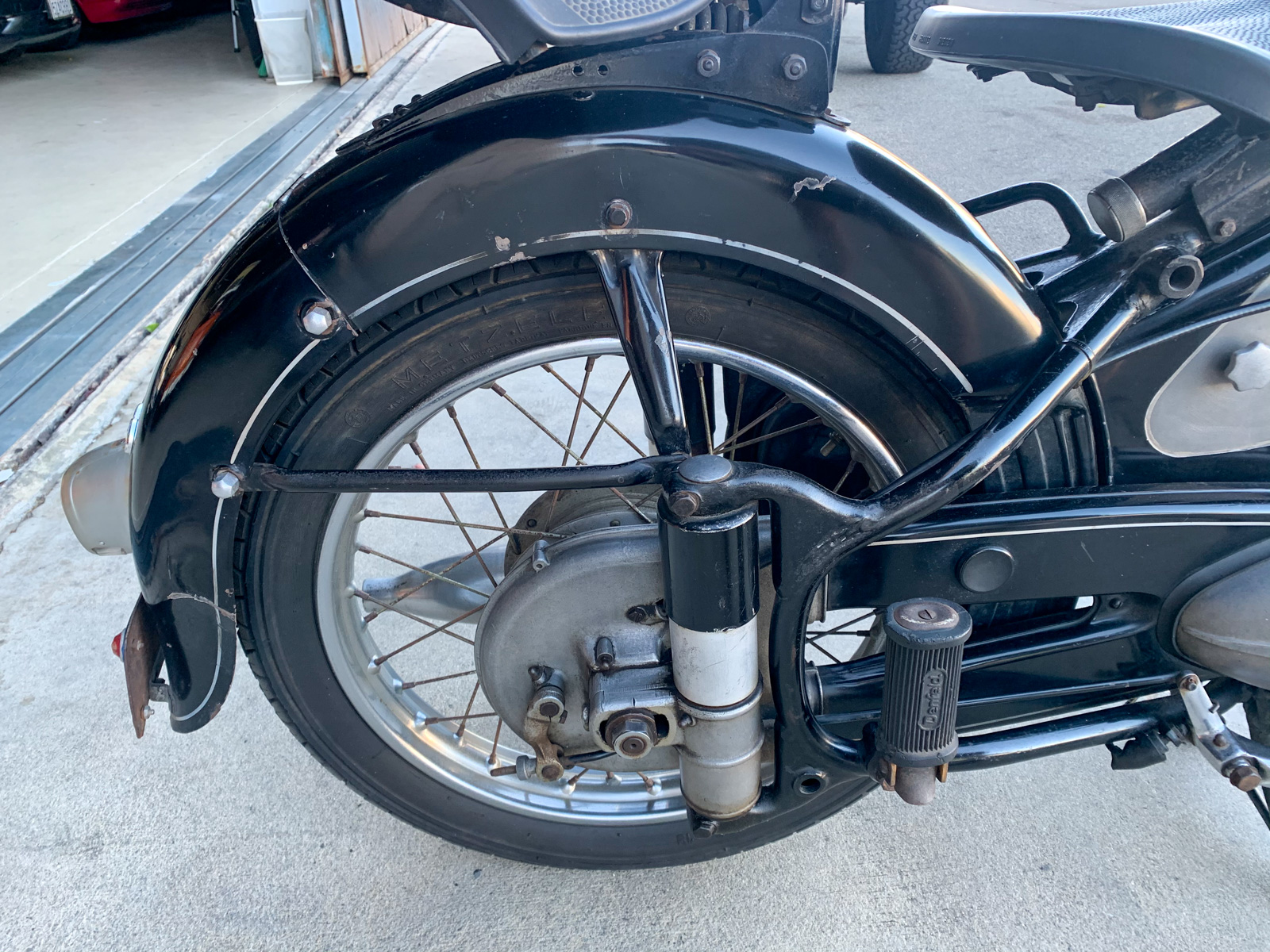 Per the seller: “To my knowledge it is completely original including the paint which is still remarkable considering its almost 67 years old. The exception being possibly the Denfeld solo pillion seat which may or may not have come with the bike when new but was on it when I got it.”

“For me it has been a part of my collection and something admired because of its incredible beauty. The fenders are so stylish as is the fairing enclosing the carburetor, the engine side covers, the gas tank and handlebars are all remarkable in their design. Even the key is simplistic and cool as is the selling dealers advertisement attached to the front fender.” 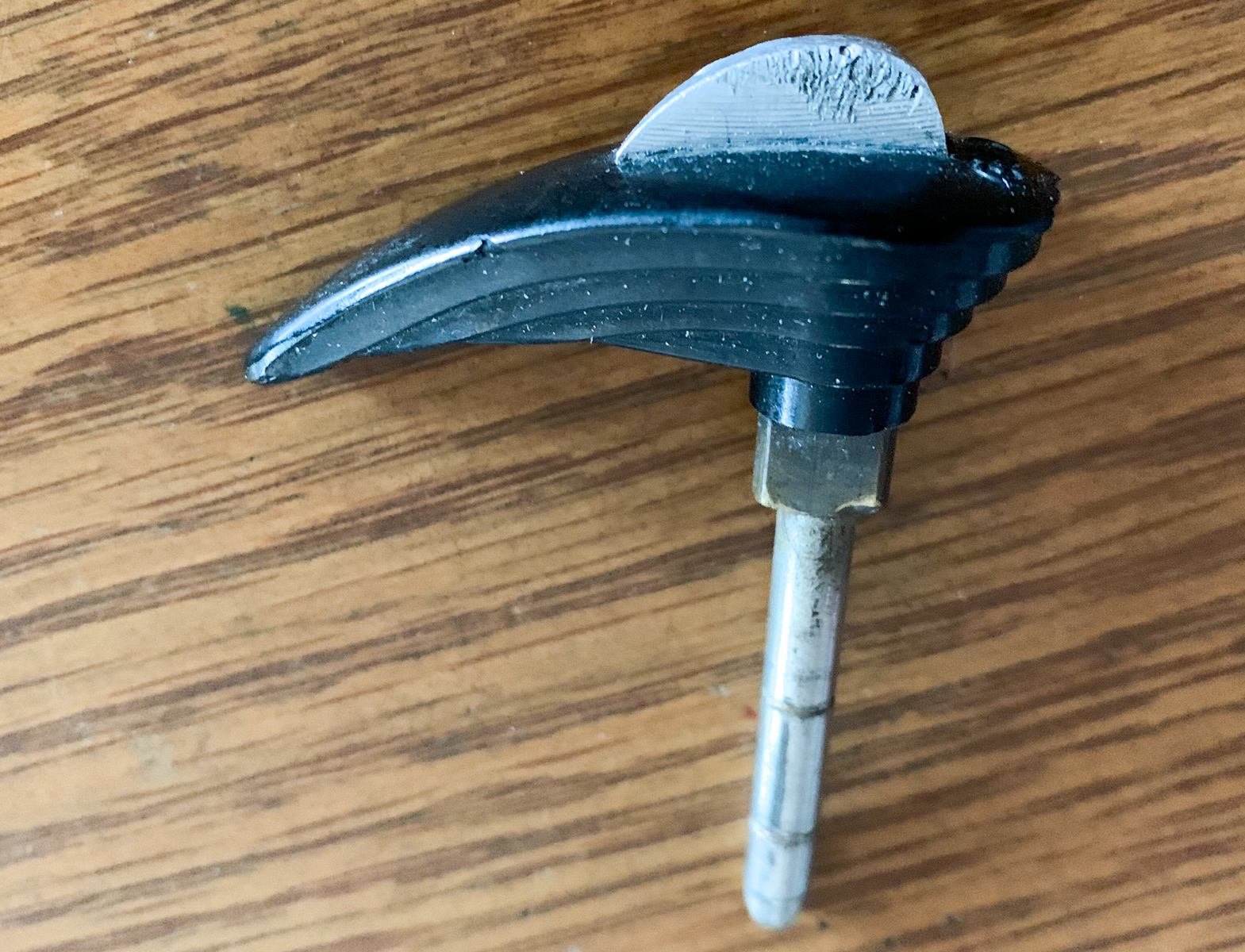 “The title is the very old California style that shows it came into California in 1955. It has the old blue California license plate that dates back to at least 3/10/1972, the issue date of the current title.”

The bike got a new tire tube in 1999 and it was serviced in either 2017 or 2018 with carb work, a new petcock, new battery, and oil change. This month, it also got a new battery and a carb clean in preparation for the auction.

The seller states that there are no mechanical issues. Cosmetically, he states that “it is original paint that shows a beautiful patina to it and still looks great but does have 67 years of wear with a few scratches.”

Have any DKW stories or questions about this listing? Let us know in the comments below!