4-2-2020 UPDATE: We’ve added some additional information from the seller below.

Additional photos of this Rickman Kawasaki are available here for your perusal.

Rickman made kits for the Kawasaki Z1 (also known as the Z900) Super Four, which was the most powerful Japanese 4-cylinder 4-stroke at the time.

82 horsepower yielded a top speed of 130 miles per hour, but companies like Rickman felt that while the Japanese made great engines, they didn’t spend enough time on the chassis. So they created a nickel-plated frame for the monster engine, and it yielded the beautiful bike you see in front of you.

We have an MSO for this example (VIN: 5801M) showing that it is a 1976 model imported through D&A Cycle in Trevose, PA. It was transferred to a dealership called Hillside Honda in Queens, New York on October 11, 1977.

It was bought new by a Neil Bottari from Hillside on January 10, 1979.

We have some paperwork from Neil’s time with the bike, including receipts for work in 1985 that include new engine seals and new Pirelli Phantom tires ordered from Cosmopolitan Motors (which look to be the same tires still on the motorcycle).

4-2-2020 UPDATE: Per the seller, “the donor bike was a 1975 Kawasaki Z1-B and the engine then got a big bore kit, 29mm smooth bores, cams, and was never run, the builder never put gas in it. The kit they used was top of the line with Ronal wheels and Girling Lockheed brakes.” 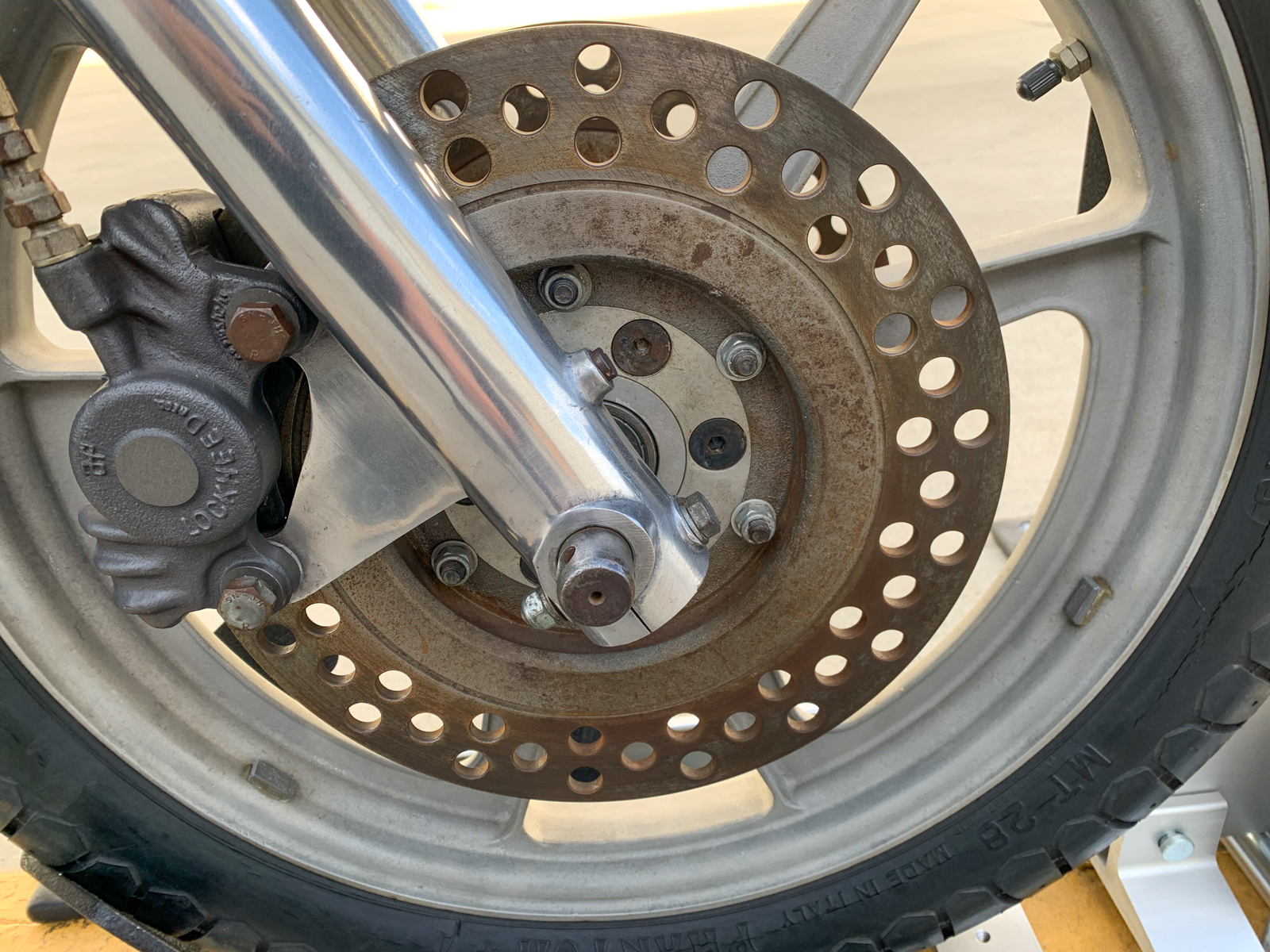 We do not have any known history about this bike after 1985. It looks fantastic as a display piece, and if you’d like to make it a runner again our White Glove service would be glad to assist – and when you finally hit the road you won’t even need hi-viz gear thanks to the paint!

Bratello – bike is currently at our Santa Monica, California location. For future reference, the bike location will always be listed in the bottom of the “More Details” section right after the top image. Thanks!

This bike was purchased in my neighborhood of Howard Beach. Hillside Honda is actually called Crossbay Honda and is still in business in 2020

Very cool. Reminds me of the original Mad Max movie…..

From the same period in time.