Additional photos of this Suzuki Katana are available here for your perusal.

Introduced in 1981, the Suzuki Katana was an audacious bid to create a motorcycle icon and change history. Not only did Suzuki achieve their goal, but they also influenced almost all racing bikes to come afterwards. You can see some of the specs of the original 1981 design in their 2020 Katana release, nearly forty years after it was planned.

The design was penned by Hans Muth and his colleagues of Jan Fellstrom and Hans-Georg Kasten at Target Design, and it worked through several variations.

This original design was a 650 cc (40 cubic inch) model called the ED-1 (European Design 1). The unfaired ED-1 design featured a tall sculpted fuel tank, with both curves and straight edges that merged the fuel tank with a lower stepped seat and side panels. This meant the rider sat into the motorcycle, rather than on it, as was the norm. The ED1 design would be modified for production as the GS 550 M Katana, and later the GS650G Katana. But the one that would become iconic was the shark-like faired ED2, a more radical design which incorporated favorable aerodynamics with a special emphasis placed on high-speed stability. The same generalized design forms had already been used early in 1979 for a one-off MV Agusta from the same design team, although this prototype never saw production. The ED2 design would form the prototype for the larger 16-valve 1100, 1000, and 750 GSX-S (GS-S).

The production 16-valve Katanas of 1981 differed only slightly from the prototype: changes included a small wind deflector screen, paired mufflers, and black accent paint on the front fender and air box covers. Target’s design philosophy – keeping components compact and close-fitting – was applied to all areas of the bike’s design to reduce production costs, weight, and number of components required. Examples include the overlapping dials on the instrument cluster, and the offset petrol filler which allowed for a clean continuous seam weld on the tank.

While the US and Canada were first blessed with the Katana in 1982, Europe got the bike a bit earlier. That’s what makes this example (VIN: GS110XD528898) so interesting for a US buyer, as it’s a first-year European model that comes with its original German title showing a 12/1981 month of production and the date of first registration in 1984.

It is an unrestored survivor with 26,215 miles featuring the original paint, original four into two black chrome exhaust, and the European two tone suede effect seat (the U.S. also got two tone but in vinyl).

The seller acquired this machine 6 months ago out of a collection in Holland, where it spent the last decade plus in dry storage. It will need fluids before it runs again.

It runs and rides perfectly, and the seller states that it is in “excellent condition but not perfect.” This iconic Katana is a rare opportunity for US collectors, and the perfect way to add to your collection – maybe alongside a new Katana? 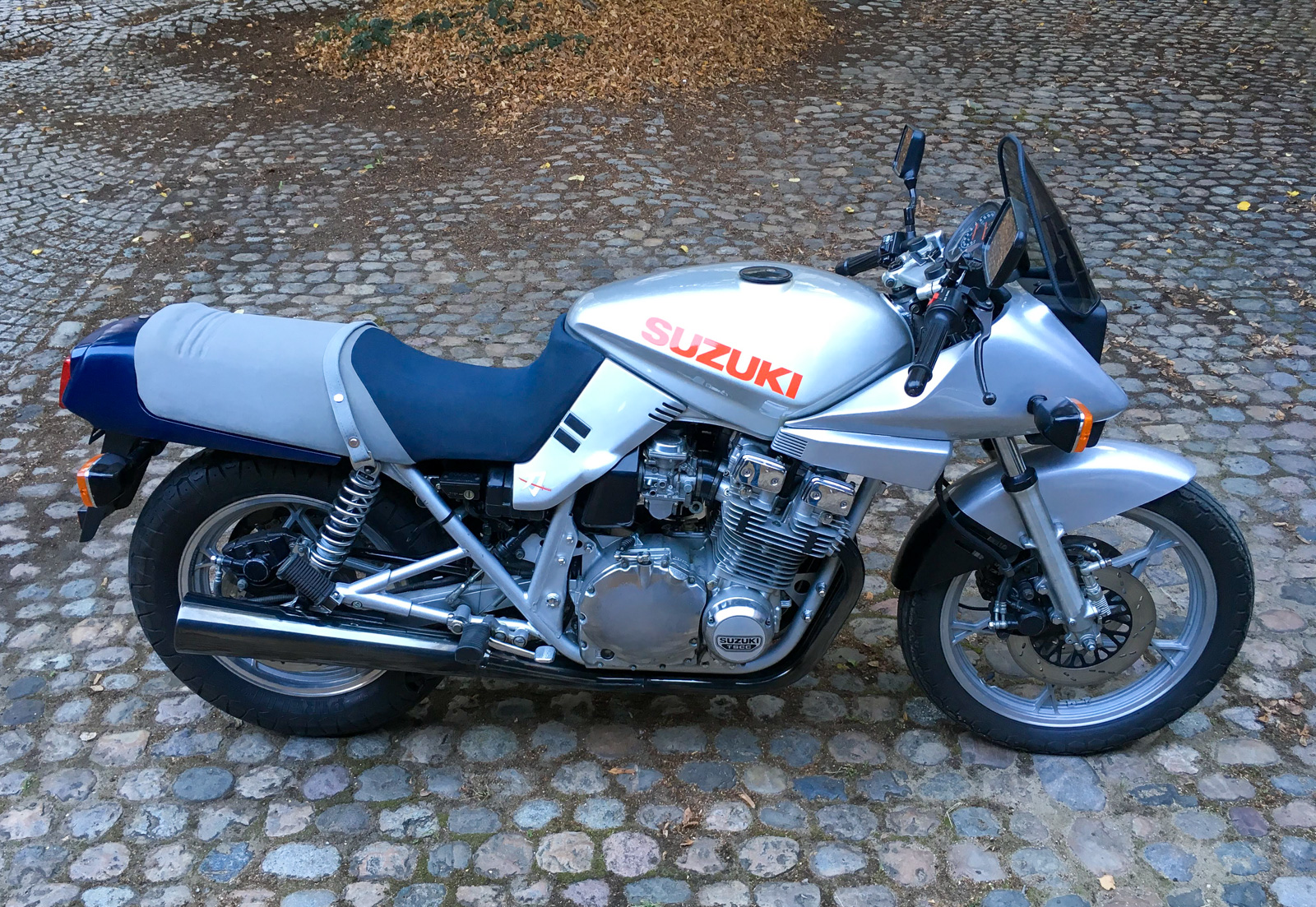