Click here for an CycleVIN Motorcycle History Report on this 1982 Yamaha Virago Custom. Additional photos are available here for your perusal.

This custom Yamaha was built by Christopher Franco of New Mexico in 2016 to compete in the Duke City Rockers: Attack of the Cafe Racer Build Off. Less than 1,000 miles have been put on the bike since. The defining feature is the Benelli Mojave gas tank:

Soon after it was built, this Virago was featured in an article on Motorcycle Cruiser. Please note that while the bike is listed as a Virago 920 in that article, the seller has documentation from Yamaha verifying that it was originally a 750:

It also got some screen time in the documentary ‘Caffeine and Gasoline: Evolution of the American Rocker’ – here’s the trailer:

On top of all of that, this Yamaha was also the subject of a painting by George Evans:

After spending some time with it, the seller decided that there were still some bugs that needed to be sorted out. He has receipts for over $2,000 of work within the last 500 miles, including a complete rewire, digital speedometer, battery, dual carb swap, throttle cable, fuel lines, oil gasket seals, and a tune up. The seller rode his bike to our shop and fired it up for a video which you’ll find at the top of the listing.

We note a few cosmetic blemishes – we’ve documented all of them in the photo album up top. 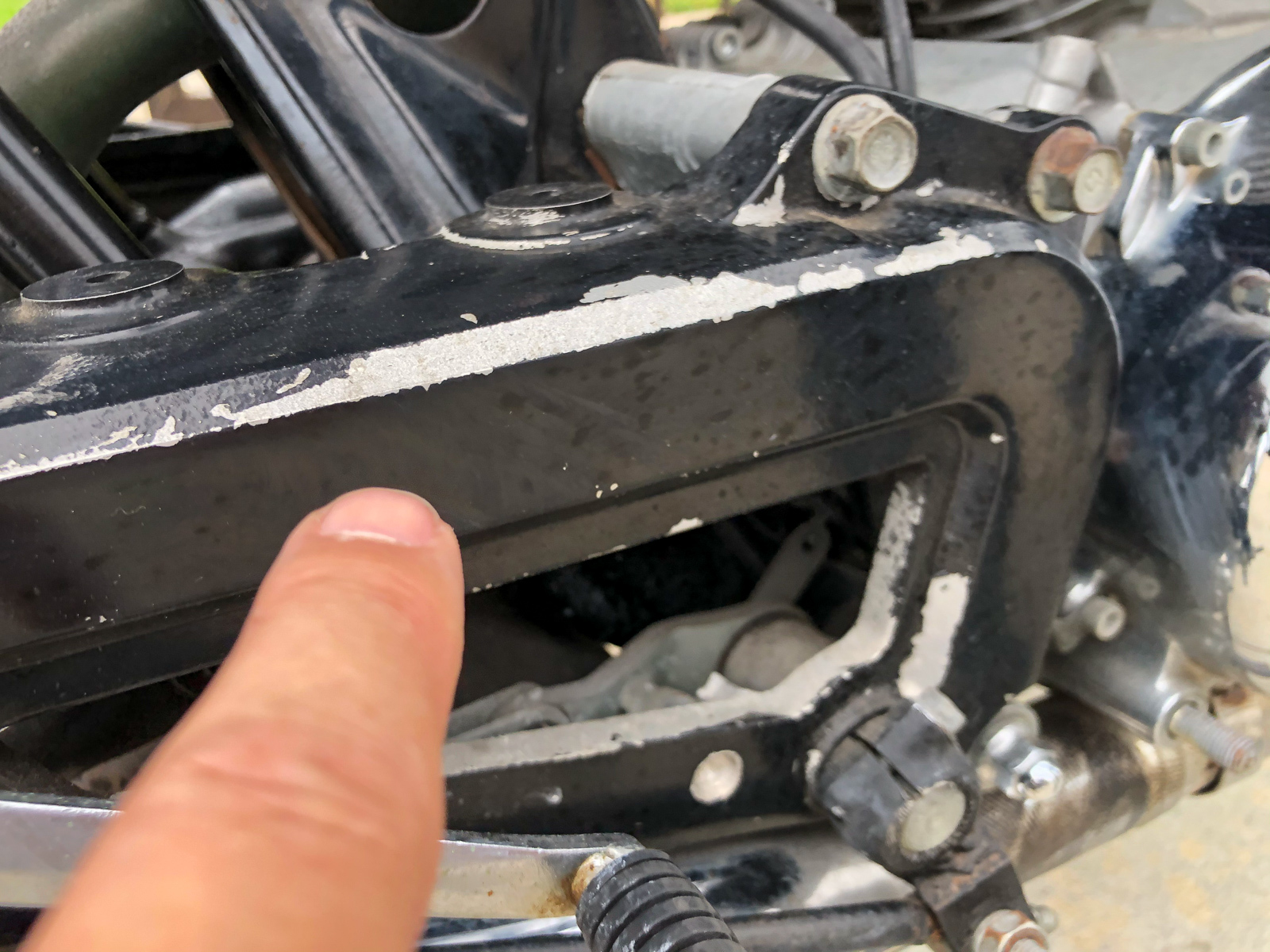 There is also a small tear in the front corner of the seat.

Per the seller, there are no mechanical issues – he states that it “runs perfect and starts right up even after sitting for weeks.”

Located in Venice, California, this Virago is offered with a clean California title. The seller is letting this go as he no longer has time for it and it simply sits in his garage.