Additional photos of this 1989 Kawasaki ZXR250R are available here for your perusal.

In late 80s Japan, the big 4 were creating 250cc sportbikes that made their corresponding offerings in the US seem tame. While Americans got the 33 hp parallel-twin Ninja 250, Japanese riders got to enjoy the ZXR250, an inline 4 with 45 horsepower and a redline of 19,000 rpm!

“Its all-encompassing high-level finish made it an instant hit. In contrast with the ZXR750 and ZXR400 of the time, whose engines were refined evolutions of previous models, the ZXR250R’s small In-Line Four engine was specially designed and self-limited to 45PS.”

“In addition to being the first Kawasaki 250cc production model fitted with an upside-down fork, another big talking point was the application of a Ram Air system, “K-RAS” (Kawasaki Ram Air System) – incidentally, coming a year before the 1990 ZZ-R1100 would be sold on the market. The Ram Air intake was located at the left-side fairing, and air was sent to the air-cleaner box via a duct. It also featured “K-CAS” (Kawasaki Cool Air System), a system of aluminium pipes that routed cool air from the upper cowling to effectively cool the engine, which was surrounded by a thick aluminium frame.”

“The R model shown here is a specification designed for race competition. It featured a close-ratio transmission, 32mm carburettors, radial tyres, and a rear shock with damping adjustability.”

“It can be distinguished from the standard version by the “SPORTS PRODUCTION” logo sticker on the tail cowl.” 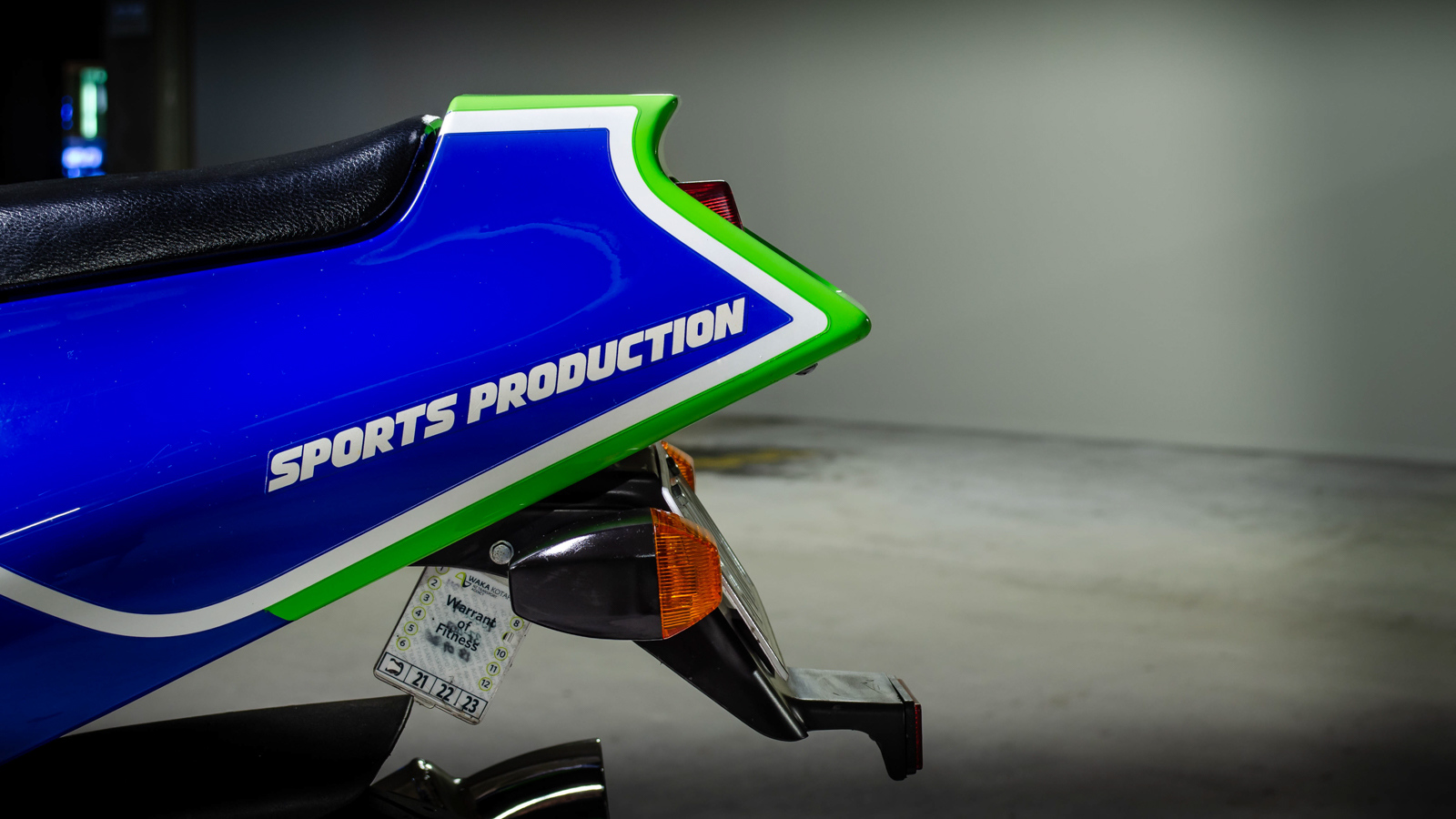 Per the seller, “this bike has complete matching engine and chassis numbers along with subtle reminders of its originality/rarity. I have owned this bike since November 2017 (along with other concurrent ZXR250’s) and have carried out all the necessary work & servicing to bring it up to a high level of mechanical and aesthetic order. It was imported from Japan to NZ in July 1999 with 14,500km and has mainly been stored in collections since then.” 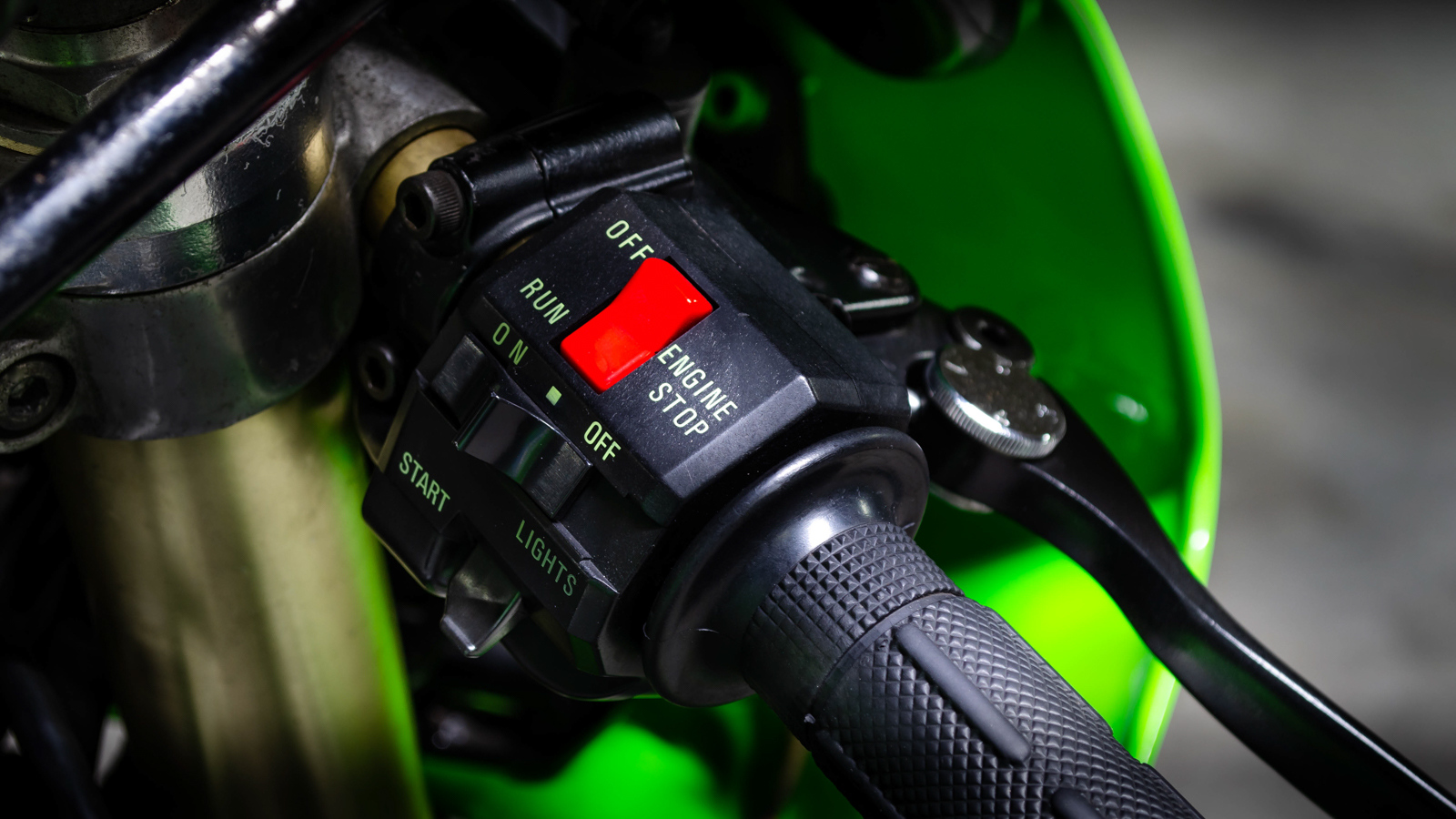 Receipts for work will be supplied with the bike in a folder. 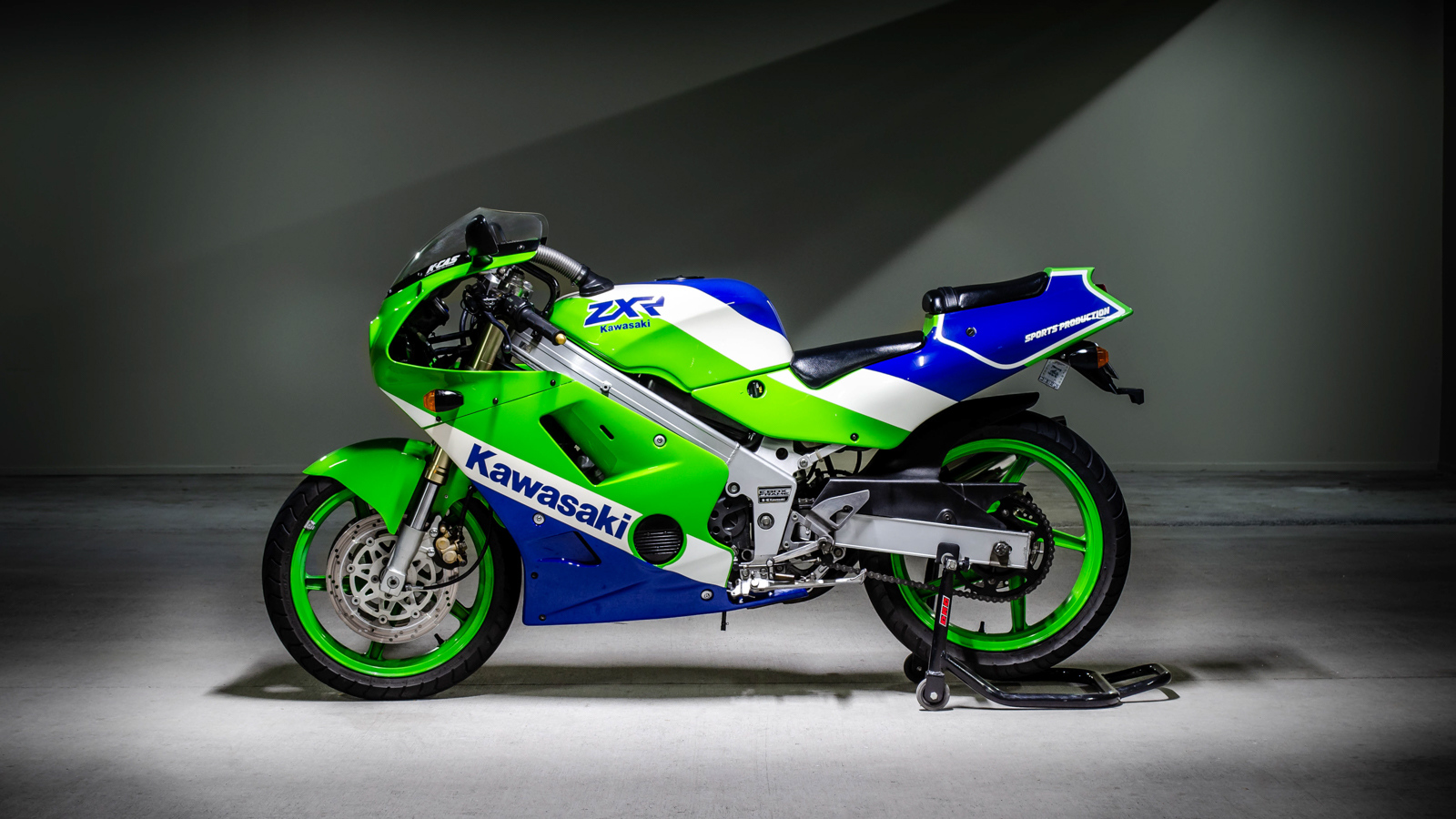 The Ride:
“The larger carbs allow the bike to pull significantly harder than a standard ZXR250, especially at higher speeds. The sound is also slightly angrier which is emphasized with the Tyga muffler (stock included) and at high RPM it has that screaming howl of a 90’s Formula One car. Despite being 250cc it sits at 110km/h happily and welcomes a cheeky blip & downshift every time you go under a bridge. The bike is very light and flicks into corners easily. Engine runs smooth and is very easy to start. If the new owner plans on riding it particularly hard I would suggest getting a new set of softer tires as a precaution.”

The sale includes the original pillion pegs and grab handles (not pictured).

Cosmetic Blemishes:
The seller notes a “mark underneath the left hand wing mirror” as well as “a few very small marks on the outer casings of the indicators (probably from grazing something when someone has been wheeling the bike around).”

Currently located in Auckland, New Zealand, this Kawasaki is offered on a clean title from New Zealand.

The seller summarizes his bike by saying, “most of these bikes have been treated badly over the past 30 years with a lot of the standard ones having been smashed around. This bike has original fairings and is set to increase in value. I genuinely believe this could be the best condition one in Australasia.” Have any ZXR250R stories or questions about this listing? Let us know in the comments!