Essentially a scaled-down version of Honda’s legendary RC30, the VFR400R, or NC30, was a race-bred 400cc superbike introduced in the late 1980s. A smaller and cheaper alternative to the VFR750R, the 400 still possessed the same bodywork and livery as the 750, as well as its stellar reliability and fit and finish which had become Honda hallmarks. 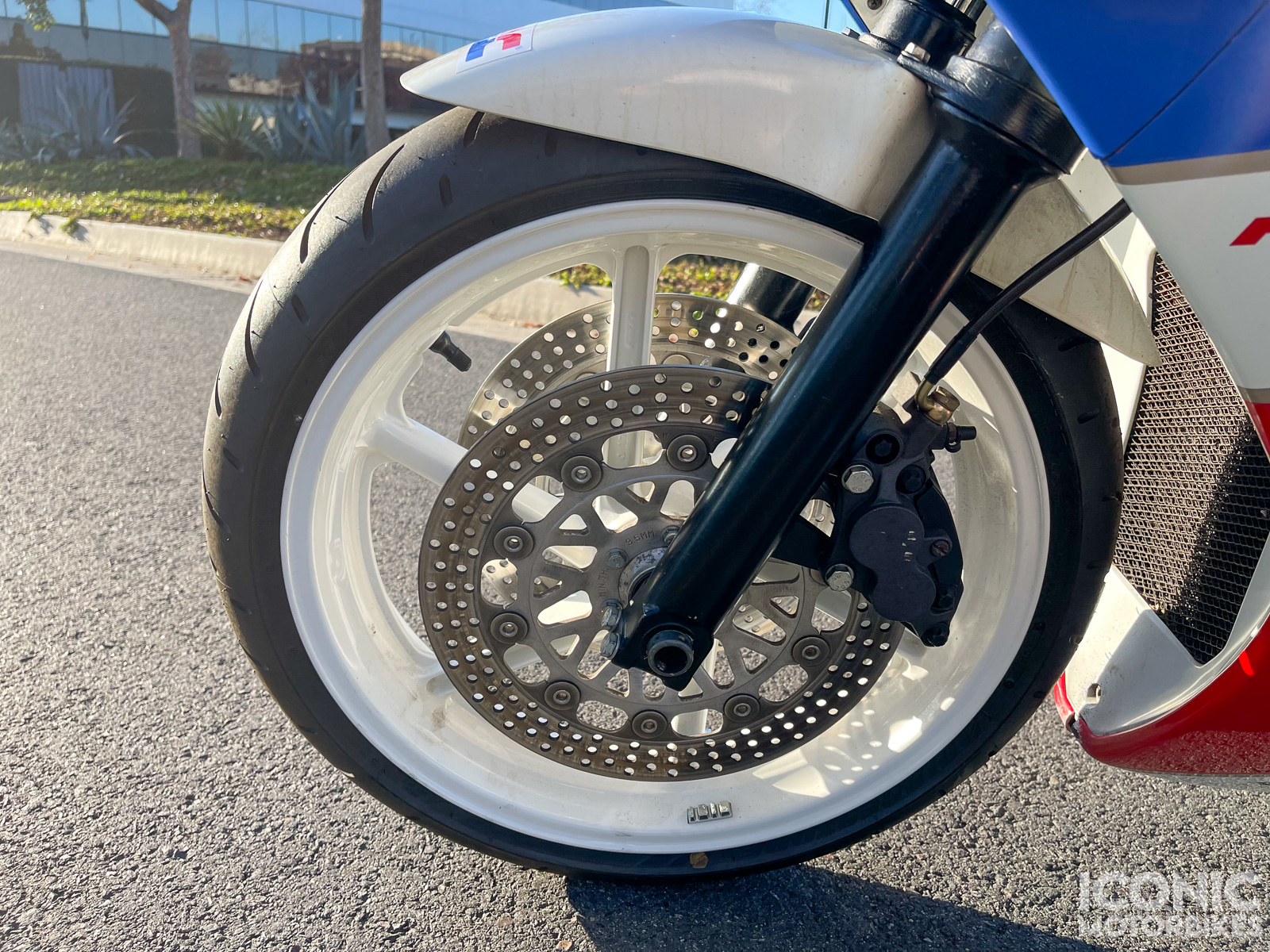 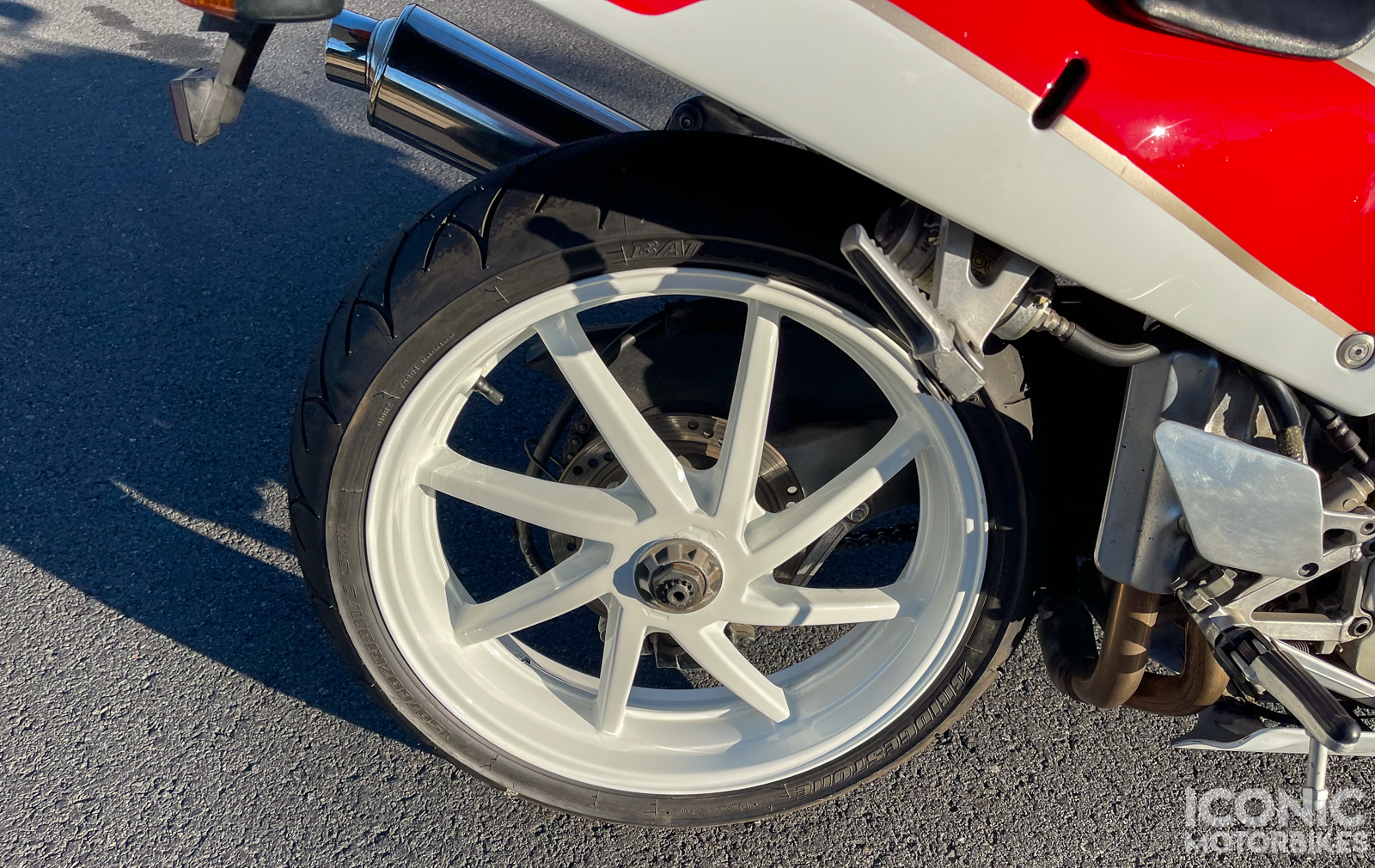 The VFR400R was created for the Japanese domestic market, though it was officially sold in parts of Europe for a time, albeit in limited numbers. Produced until being phased out in ’94, the NC30 wasn’t ever sold in the US, though grey market examples have found their way to US shores.

This example (VIN: NC30-1050341) previously came out of the MC Collection in Stockholm, Sweden. The seller acquired it at the Mecum Las Vegas auction in January 2019. 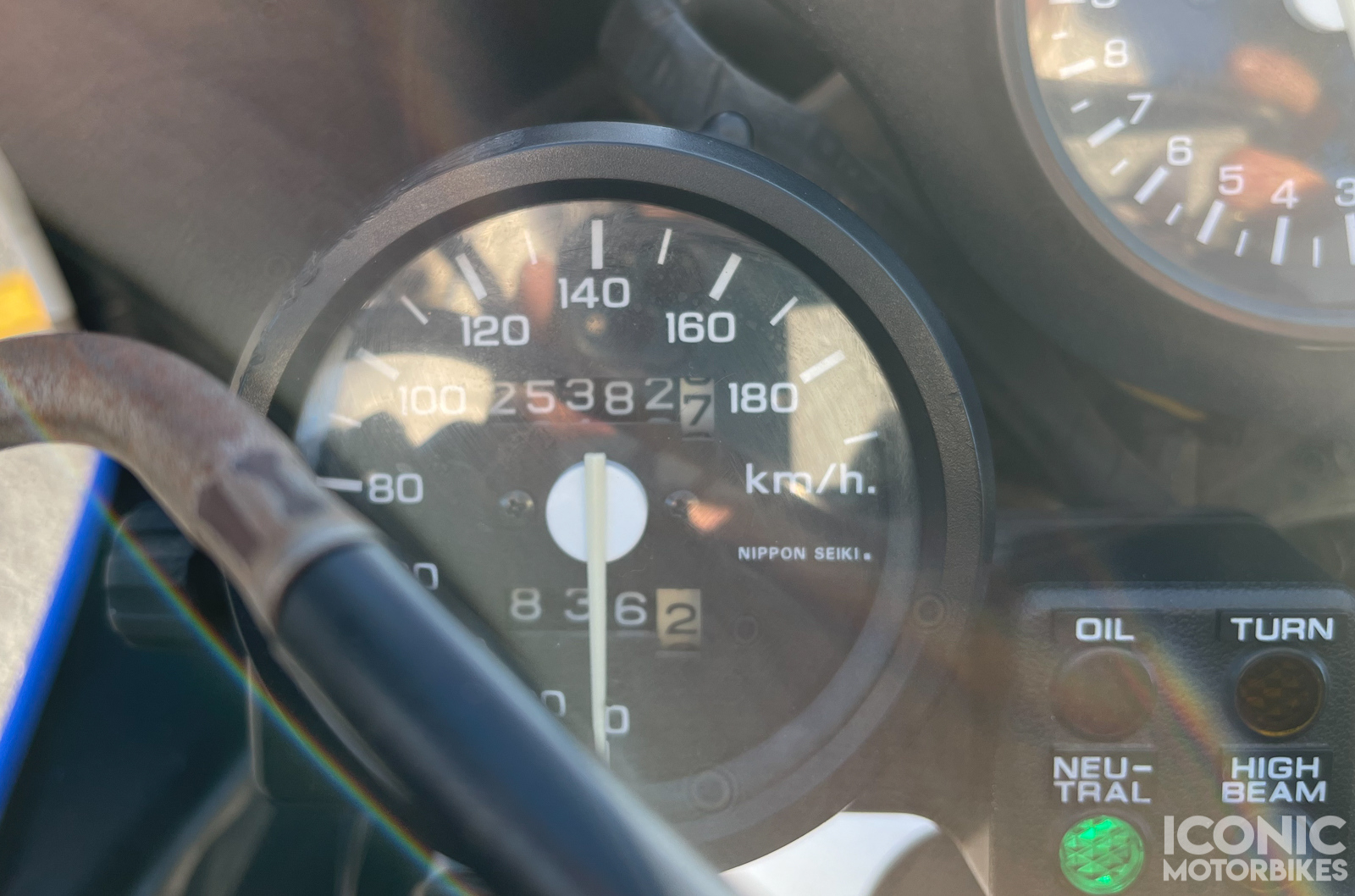 The seller recently decided to thin out his motorcycle collection and he sent us this bike as well as Suzuki RG500 Gamma Walter Wolf #1. We auctioned off the Walter Wolf, however when we tried to start this bike fuel started leaking from the petcock. Mecum had presented this as an “exquisite” example, however it needed lots of work to be a runner. The seller had Steve and Daniel go through it: they replaced the petcock, cleaned the carbs, flushed the brake fluid, replaced the water pump gasket, installed new fork seals, and installed a new battery. It now starts and runs, though the throttle is a little sticky.

Daniel notes several cracks in the bodywork, missing screws in the gas cap, a bent clutch lever, missing kickstand rubber, and cracking powdercoat on the wheels.

Cosmetic Blemishes: please see the album up top for all known cosmetic blemishes. 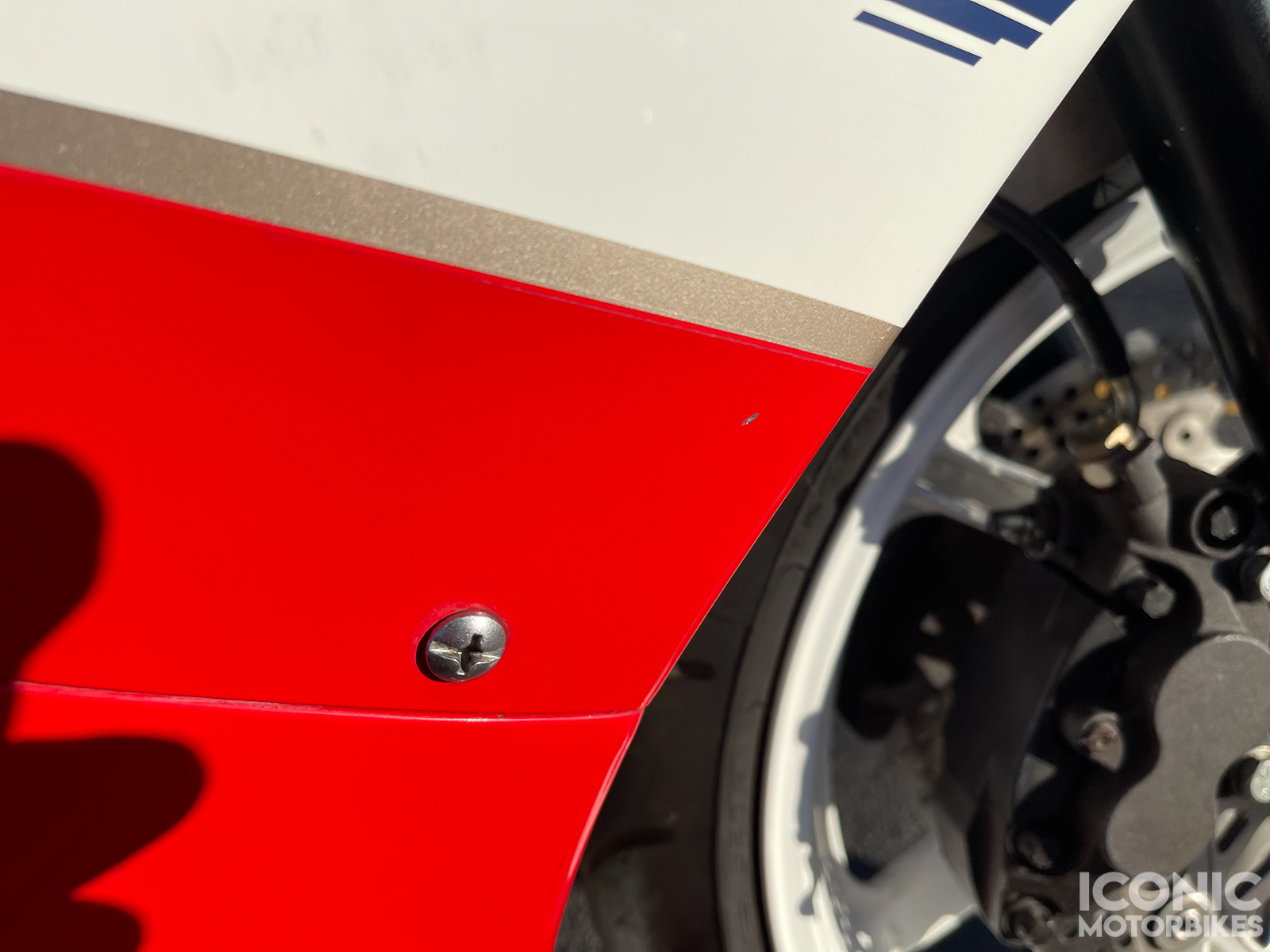 It is riding on Bridgestone Battlax Hypersport S20 tires from 2014.

It also includes import paperwork, the Bill of Sale from Mecum, and a sign from when this bike was on display at the MC Collection in Stockholm, Sweden.

Currently located at our facility in Santa Monica, California (please make an appointment for an inspection), this Honda is offered on a Bill of Sale only. Have any VFR400R stories or questions about this listing? Let us know in the comments below!