Additional photos of this Honda are available here for your perusal.

The regular EZ-9 (known as the EZ-90 Cub in the US) is already interesting enough with the 2-stroke motor, enclosed bodywork, and swingarm that doubled as the rear suspension. But this JDM version is adorned in a Rothmans livery that matches the iconic replica paint job that Honda applied to the NSR250!

The previous owner had two examples of the EZ-9 with scratched and faded bodywork, so he had them both painted in the Rothmans scheme you see here. We’ve acquired both – one had an aftermarket street kit (headlight, mirror, turn signals, etc) and it already sold on Iconic Motorbike Auctions for $5,201 plus the 7% buyers fee. This one is currently titled in Arizona and it does not have any lighting or mirrors.

This little runabout (VIN: HE061000671) is a runner that will put a smile on your face. Documented in the photo album are some scratches on the left handguard, left sidecover, fork bottoms, and swingarm. All the cosmetic issues are minor and won’t interfere with your enjoyment of this special two-stroker.

Even if you don’t already have a Rothmans NSR250 in your garage, how can you say no to this? 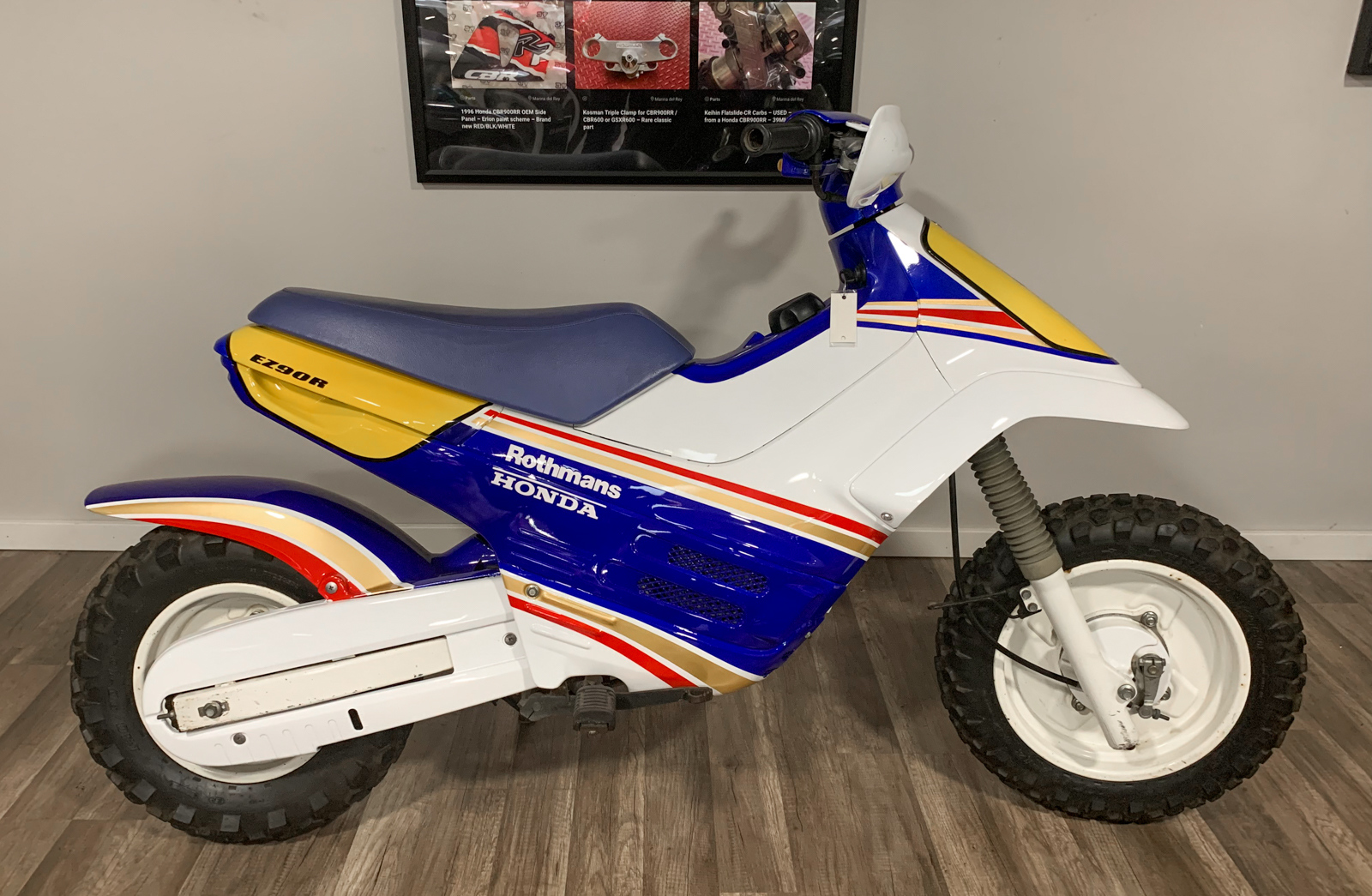