Back in 1988, Harley decided to try their hand at knocking off Ducati from their perch atop AMA Superbike. Unfortunately, what would have been top notch technology when the bike was supposed to have been released (in 1991) was well behind the curve when it actually started racing (in 1994). Homologation requirements resulted in the Harley-Davidson VR1000, of which only 50 were sold. 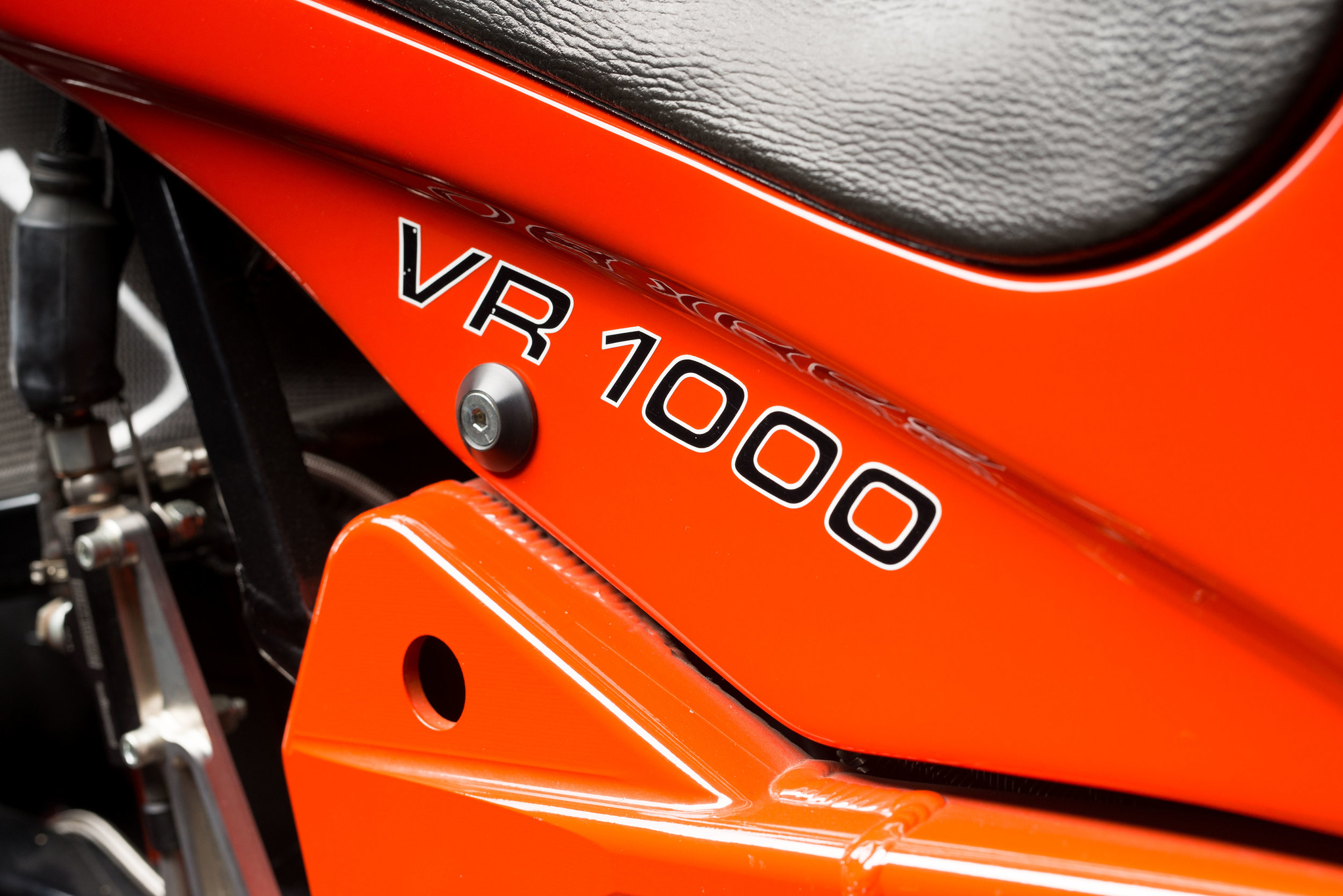 But what was truly unique about this bike was how they handled homologation. AMA rules did not specify where a bike has to be road legal, just that a minimum of 50 copies had to be produced. As American emissions laws were impossibly strict for a true race bike, HD sold all 50 bikes in…Poland. They threw on a headlight, turn signals, and mirrors, and called it a day. For $49,490, Polish riders got a 135 horsepower, 400 pound racebike that had a lovely split-personality paint job: one stripe of white split halves of black and orange.

This VR1000 (VIN: VR034K4) was purchased by the current owner in February of 1996 from Pacific Harley-Davidson in Honolulu, Hawaii. The odometer shows just 1 mile.

The only cosmetic flaw we can see is some wear on the top of the left turn signal housing.

The sale includes the “Motorcycle Dealer Set-Up and Pre-Delivery Check List, 1996 Harley-Davidson owner’s manual (all models), Users Guide for the Stack ST8100 gauge cluster, 2 user information manuals for the Stack ST670 proximity sensor, owner’s and work shop manual for the Ohlins steering damper and Ohlins front forks, as well as a April 1996 issue of Motorcyclist with an article about the VR.

Interested in this bike! Who can I reach out to?

Mouse19 – you can either call the number up top (though office hours are a bit out of whack this week with the holidays) or you can email Abhi directly – concierge@iconicmotorbikes.com. Look forward to hearing from you!

I sooooo want to ride one of these in the Isle of Man Classic TT.