Back in 1988, Harley decided to try their hand at knocking off Ducati from their perch atop AMA Superbike. Unfortunately, what would have been top notch technology when the bike was supposed to have been released (in 1991) was well behind the curve when it actually started racing (in 1994). Homologation requirements resulted in the Harley-Davidson VR1000, of which only 55 were sold after a year of production.

For $49,000, riders could buy themselves a 135 horsepower, 400 pound racebike with lights that had a lovely split-personality paint job: one stripe of white split halves of black and orange. Only a portion of the 55 were built with the components required to be street-legal, such as the lights, turn signals, and mirrors.

This VR1000 (VIN: VR037K4) comes out of the George Schott collection, and it has spent its whole life on display as it only has 4 miles on it. 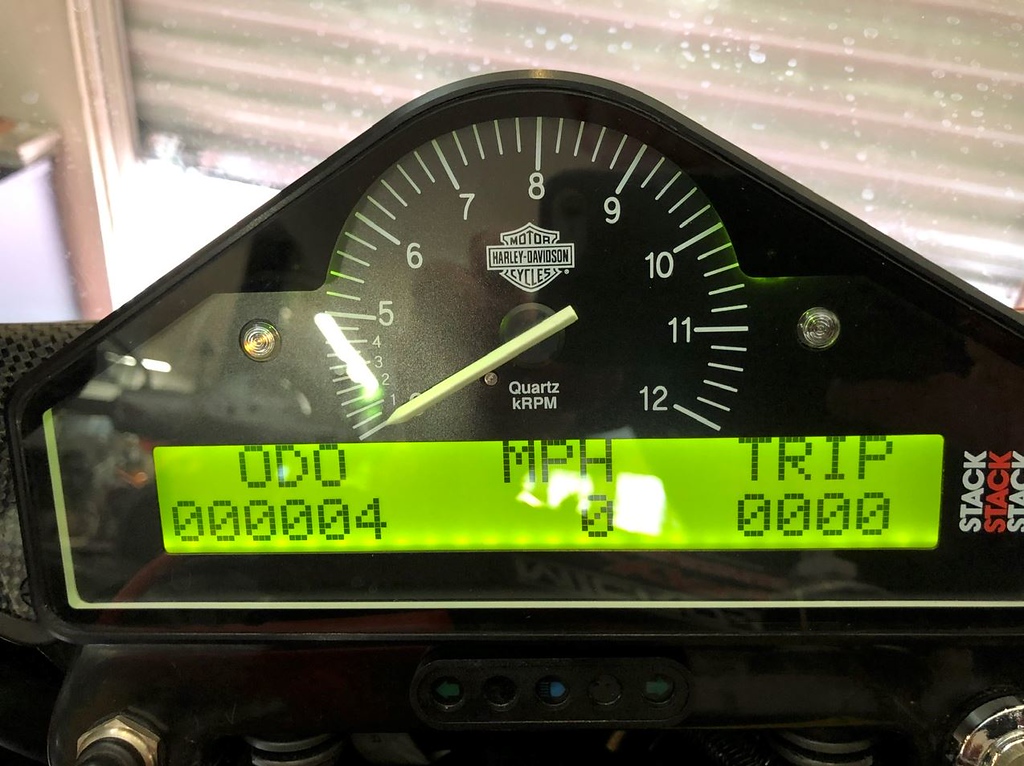 George owned a well-known Harley dealership in Lewiston, Maine which was in his family for 84 years. He recently liquidated an impressive collection of Harley-Davidsons, and this piece of history is our favorite.

This Harley-Davidson VR1000 has met reserve, it will sell!