Additional photos of this Supermono are available here for your perusal.

Bimota’s BB1 Supermono first appeared at the 1994 Cologne Motor Show and was the boutique brand’s first-ever model powered by a single-cylinder engine. The BB1 (or Bimota BMW 1) was also the Rimini firm’s first model to feature a powertrain from a BMW, though the liquid-cooled, 652cc, four-stroke single in the BB1 was actually produced by Austrian-outfit, Rotax.

Originally utilized by the Bavarian brand’s F650 “Funduro”, the big thumper was paired with a 33mm Mikuni BST carb and a custom GP-inspired exhaust system terminating in a pair of underseat mufflers. The BB1 put down 48hp at 6,500 rpm and 42.7 ft-lbs of torque at 6,000 rpm, which was enough to propel the sub-400 lb model to a top speed of around 100 mph.

The BB1 Supermono was originally created by the small marque to compete in the ‘90s Italian Supermono Championship, alongside the likes of Ducati’s legendary Supermono. The race-sped BB1 used a 725cc version of the production model’s engine that was capable of delivering 75hp at 10,000rpm. Unfortunately Bimota couldn’t iron out the kinks in time, and the Rimini-made Rotax-powered single only went on to win a single race. 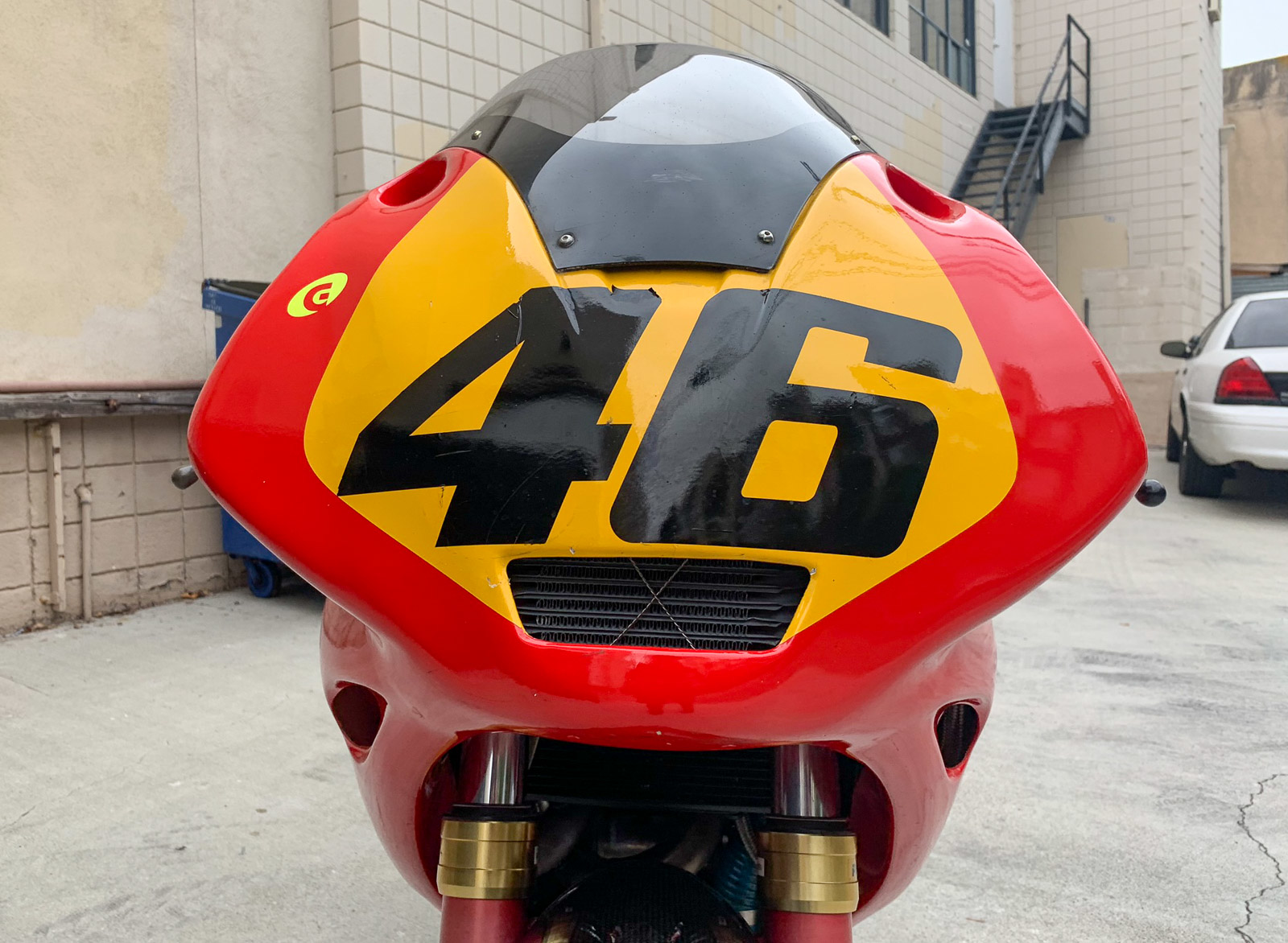 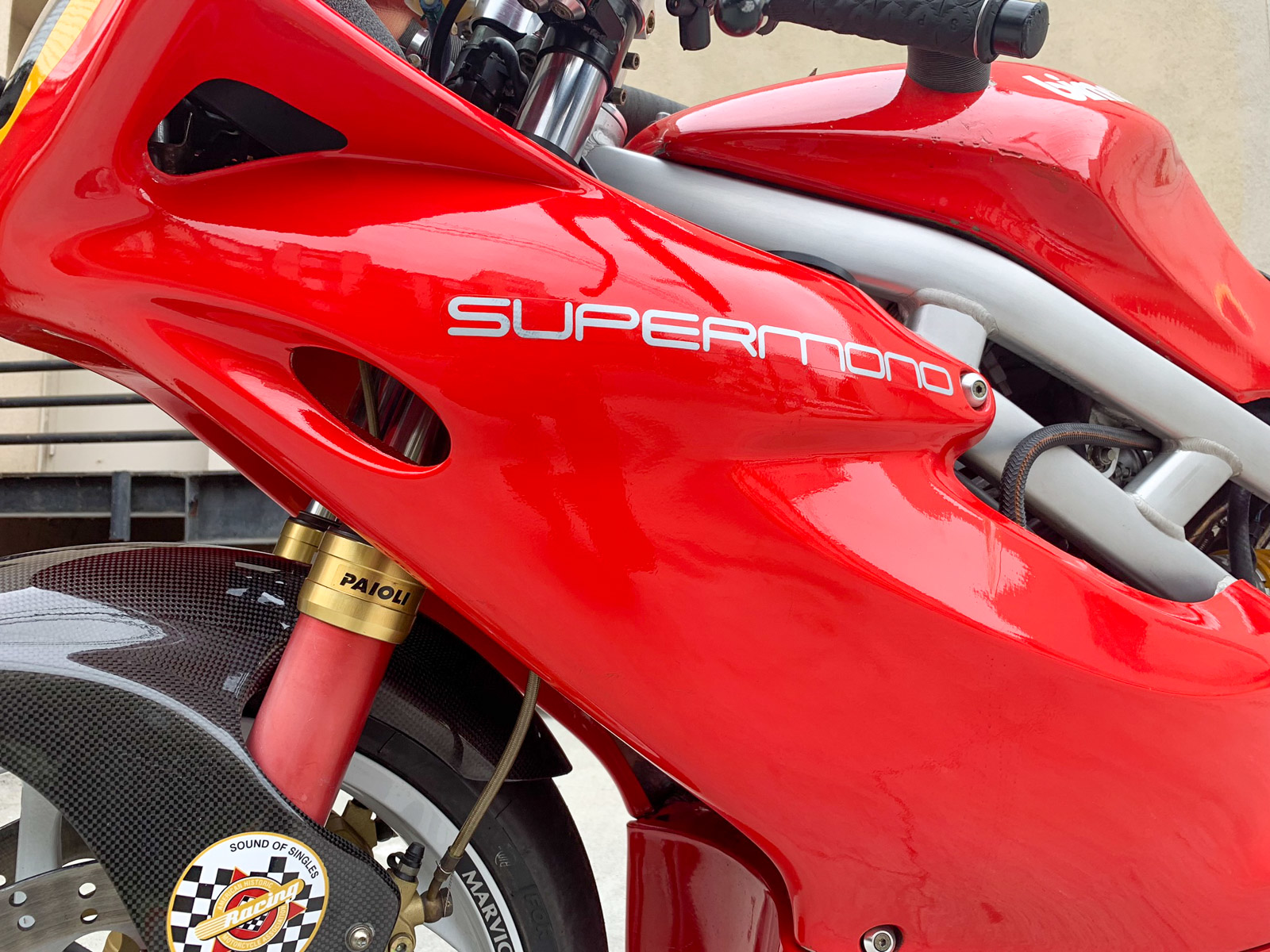 A big part of what made the Supermono so noteworthy was its top-shelf running gear and advanced chassis design. The single was constructed around an oval-section aluminum alloy tube frame and swing-arm — both of which were derived from the firm’s Mantra model — married to a 43mm Paioli fork and rear shock. The bike also got forged Marchesini rims and a single 320mm disc and four-pot Brembo caliper, though a second front disc was offered as a factory add-on.

The BB1 was dressed in unmistakably ‘90s Italian bodywork. The model’s fuel-cell was actually housed in the belly-pan under the Rotax mill, resulting in a very low center of gravity. A faux tank cover up top actually sports a nifty little glove compartment, while providing leverage in the corners. Other trick little accouterments included carbon fiber fenders and instrument housing, and front turn signals integrated into the back of the mirrors — a feature that more-than-a-decade-later became a staple on sport bikes. 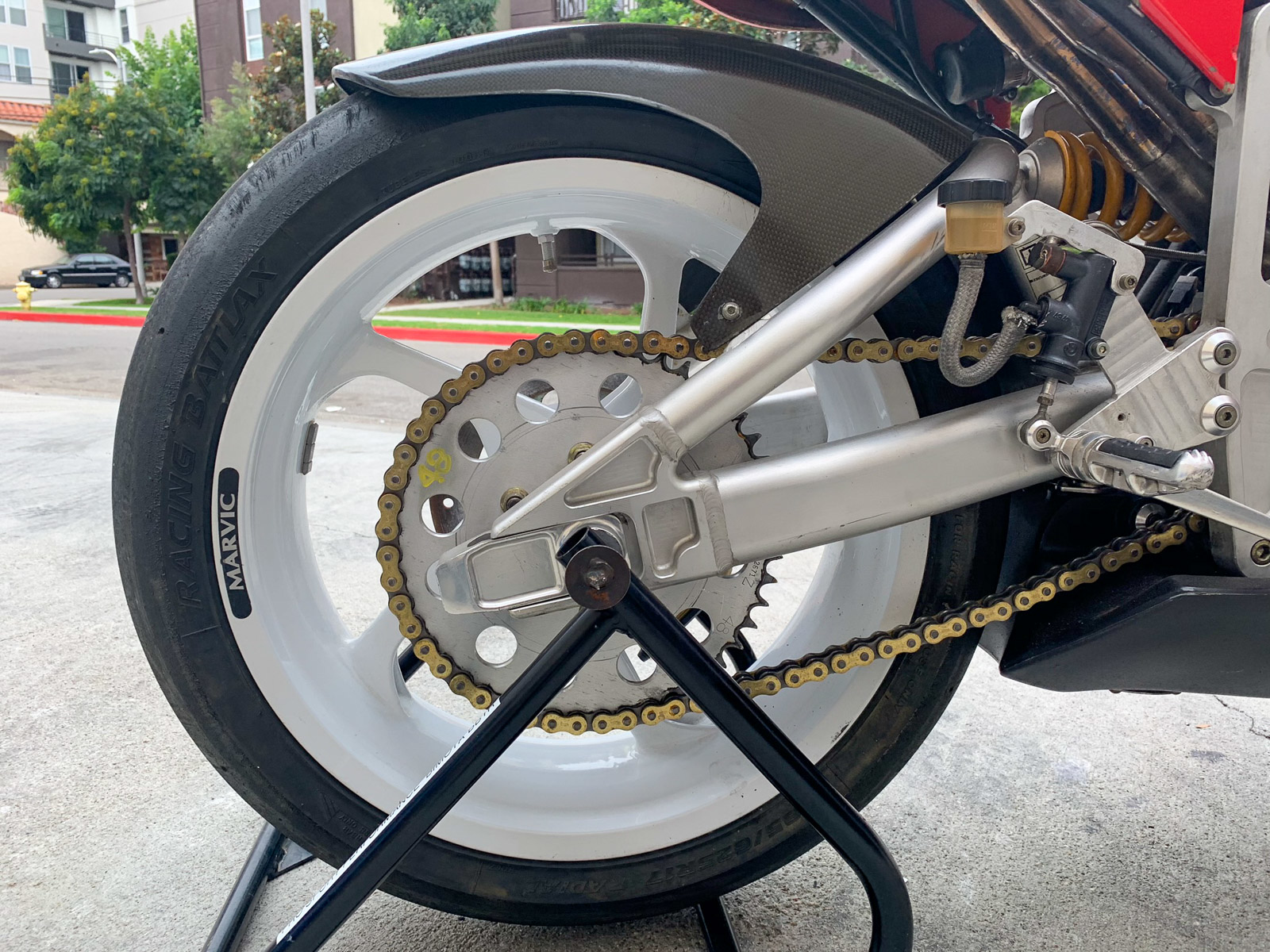 In Giorgio Sarti’s book, Bimota, 25 Years of Excellence (Giorgio Nada Editori, 1999), he explains that the Supermono was well-received in Germany and Japan, though the rest of the global market showed little enthusiasm for the BB1 upon its release. This, compounded with the relatively minute number of units produced, makes BB1 specimens incredibly rare today, especially on American shores.

This example (VIN: BB100291) been transformed from the stock model into a unique and exotic road-racer. The example was originally purchased by Ron Boltz from Northville, Michigan-based Bimota dealer, Gregg Rammel. Ron set out to turn the two-wheeler into “the road racer that Bimota should have built instead of their BB1”. 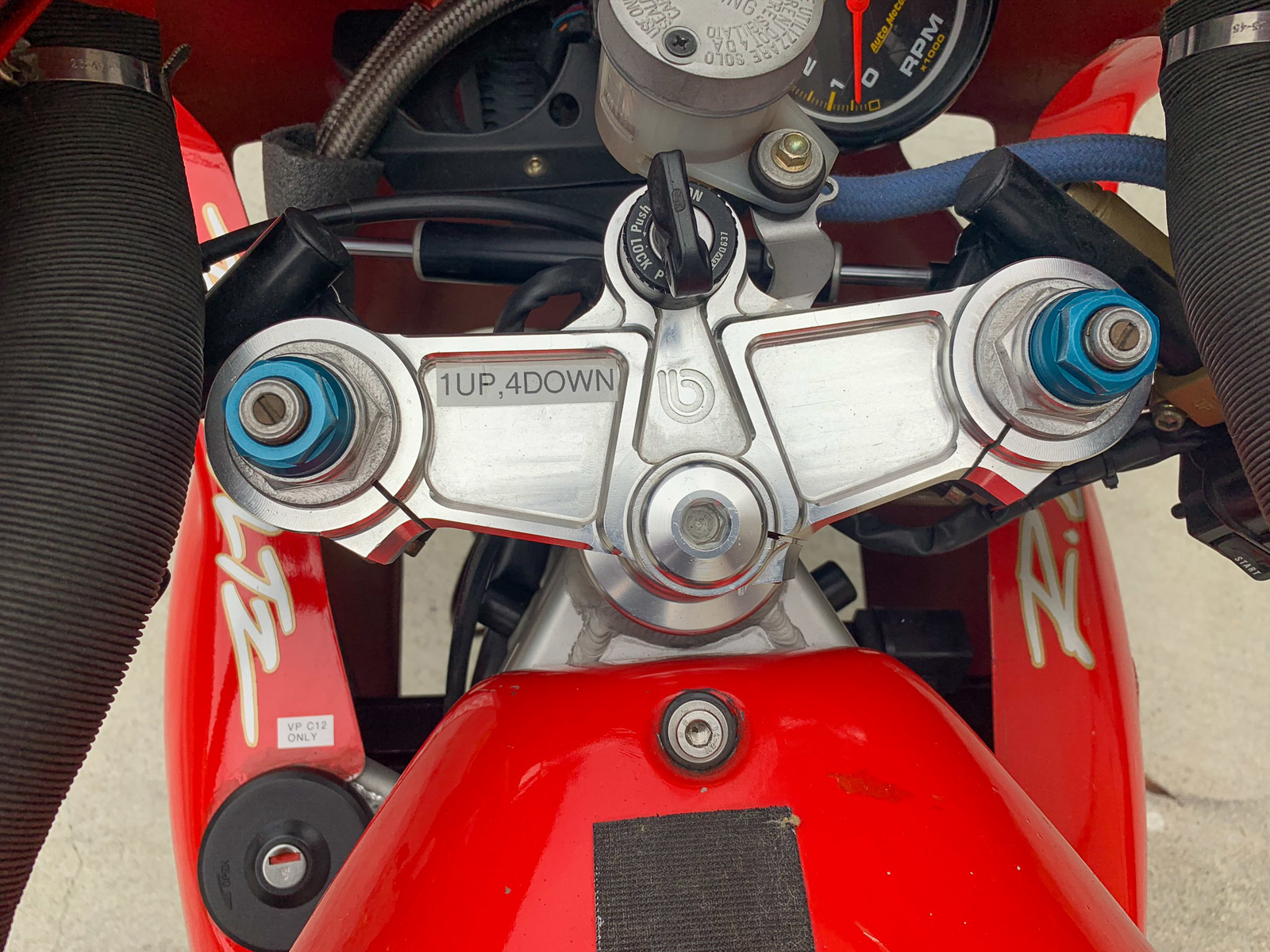 The Austrian single was given a Team Pami F650 race kit with a 11.5:1 compression piston and a set of 36mm Mikuni flat-slide carbs, and the stock front-end received an upgraded fork kit that allows for a wide range of adjustability. There’s also a second front disc, a factory race exhaust, an up-specced wider Marvic rear-wheel, and the whole thing is cloaked in lightweight factory race bodywork with a gloss red livery with yellow race numbers. The 1995 specimen still retains its carbon fenders and its original electric starter. 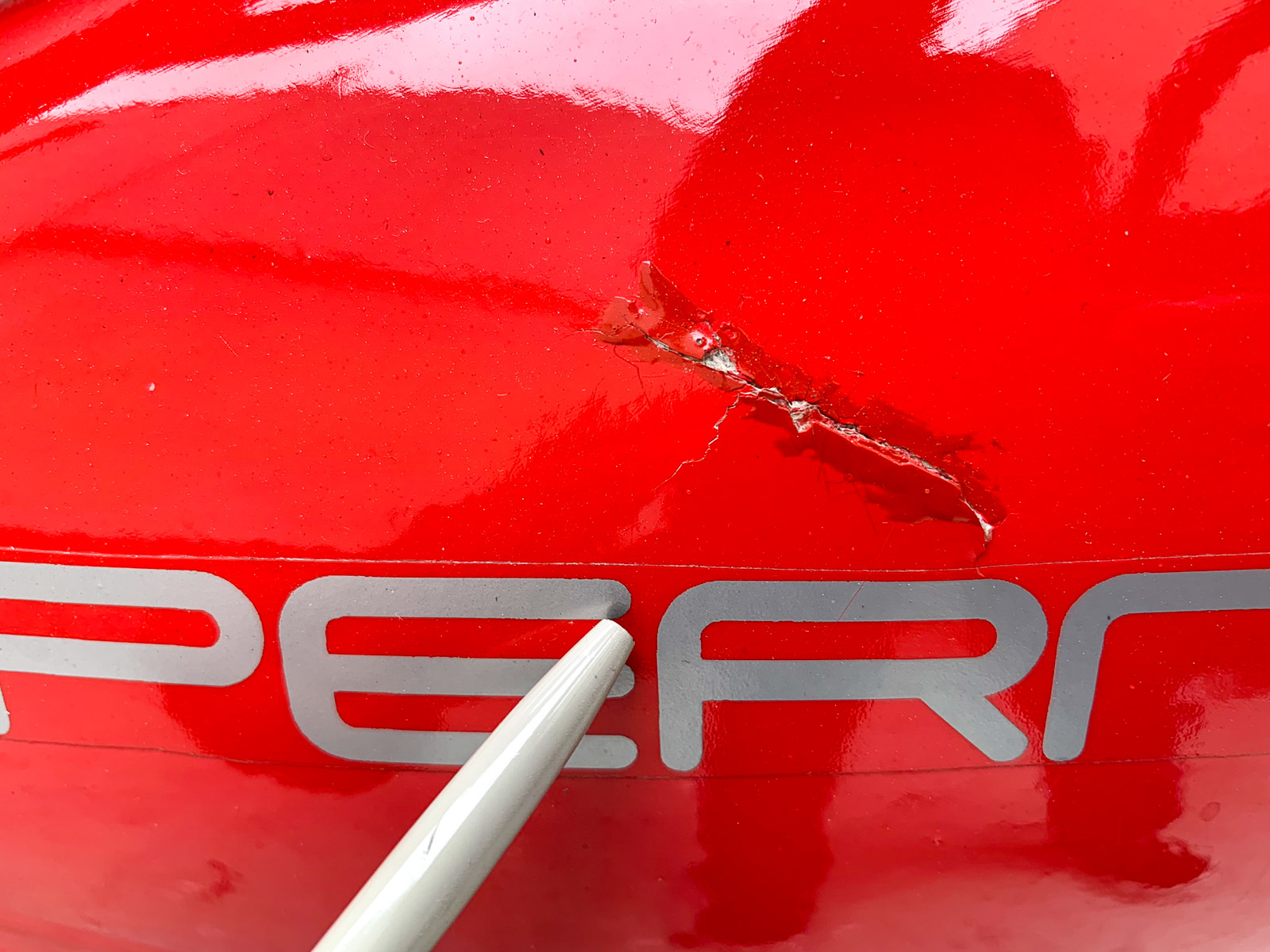 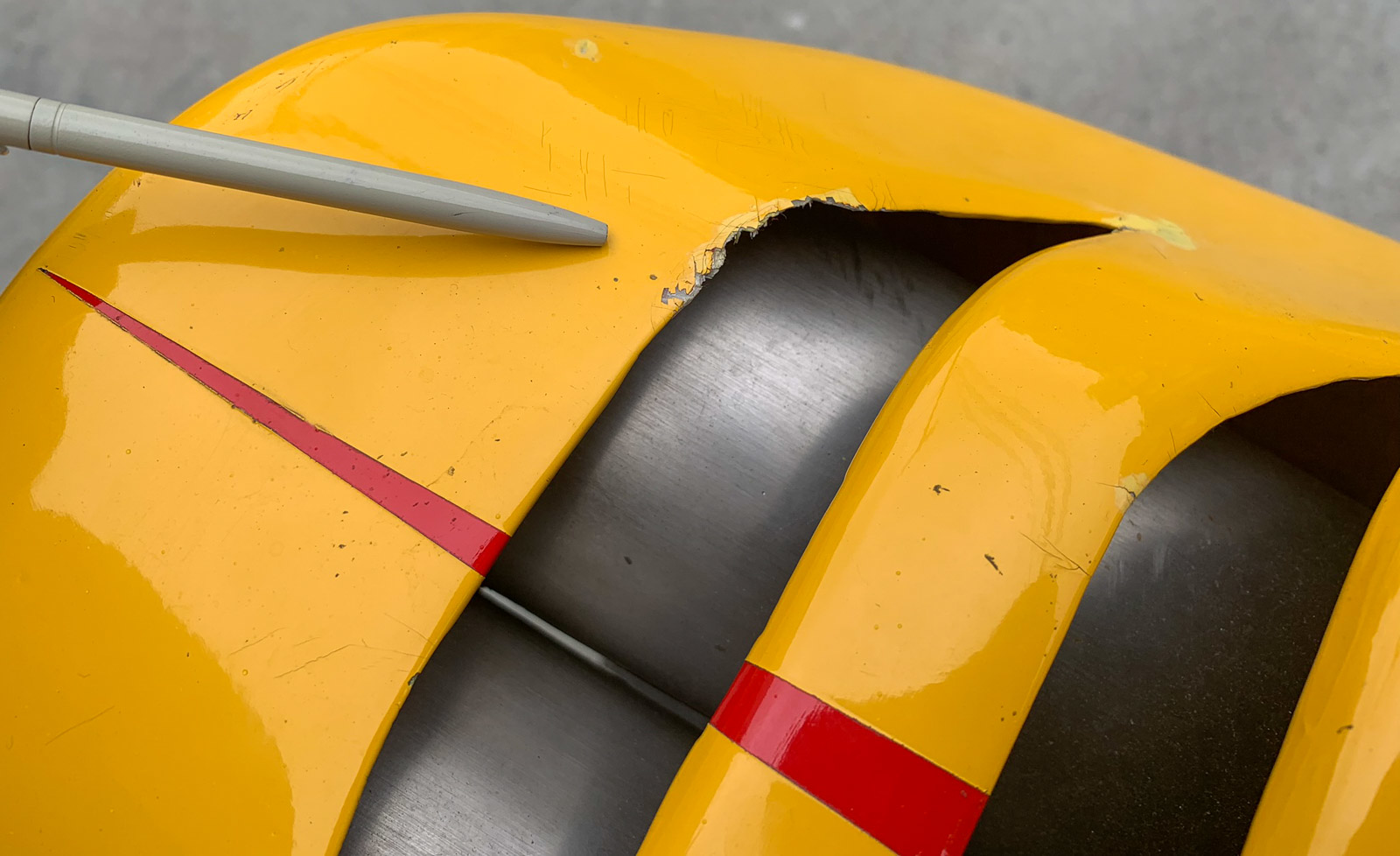 This exact example actually received an extensive write-up in the August 1996 issue of Cycle Canada after Boltz campaigned the bespoke BB1 at Mosport in Ontario, just one of many races and events Ron ran the bike in. In total, not including the cost of the stock bike itself, Boltz spent more than $10,000 on the transformation of the road-racer. 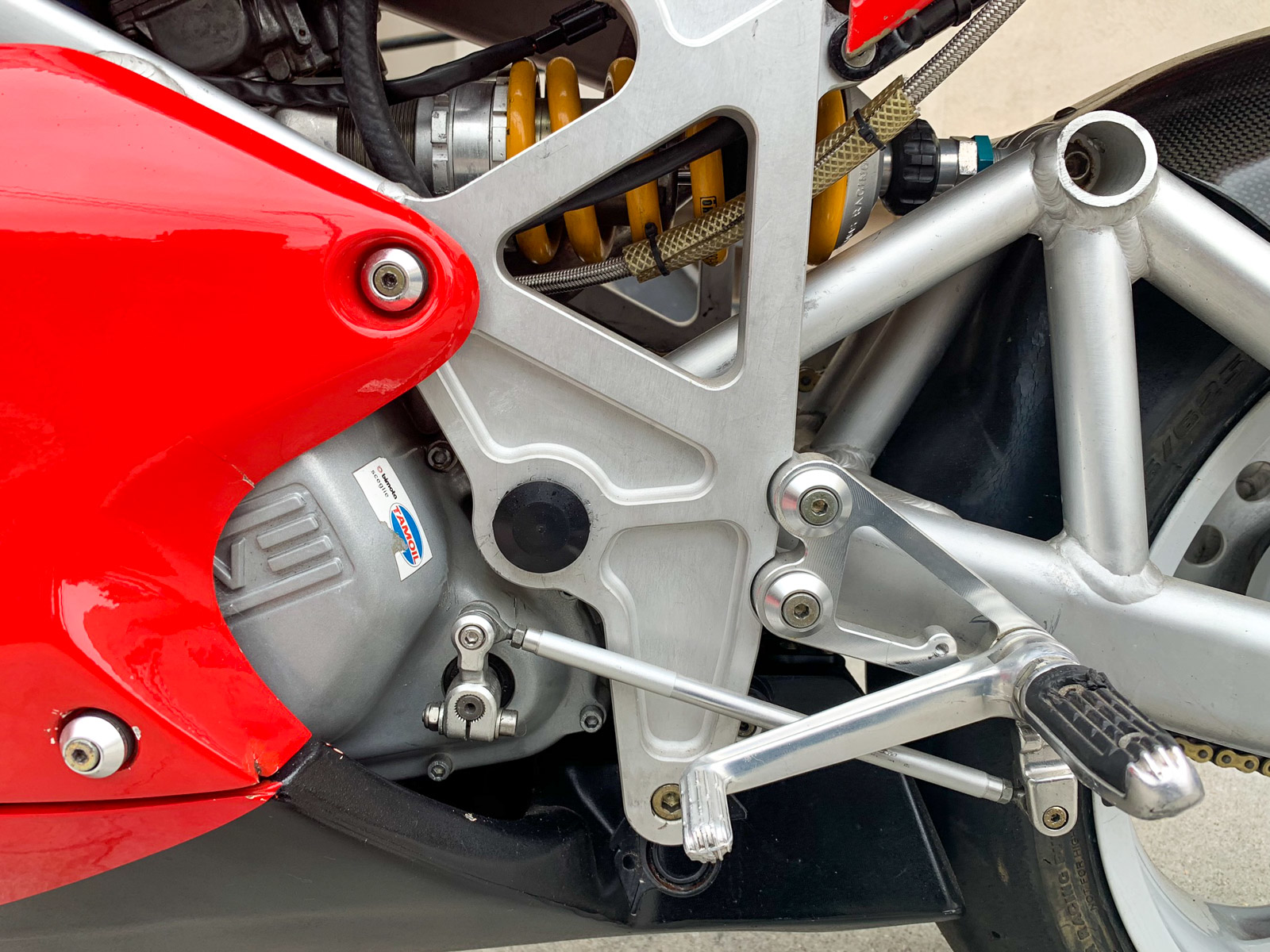 Despite having seen some competition, this Bimota example has been extremely well-maintained over the years, always receiving proper servicing. All it needs is a new set of tires to hit the track. 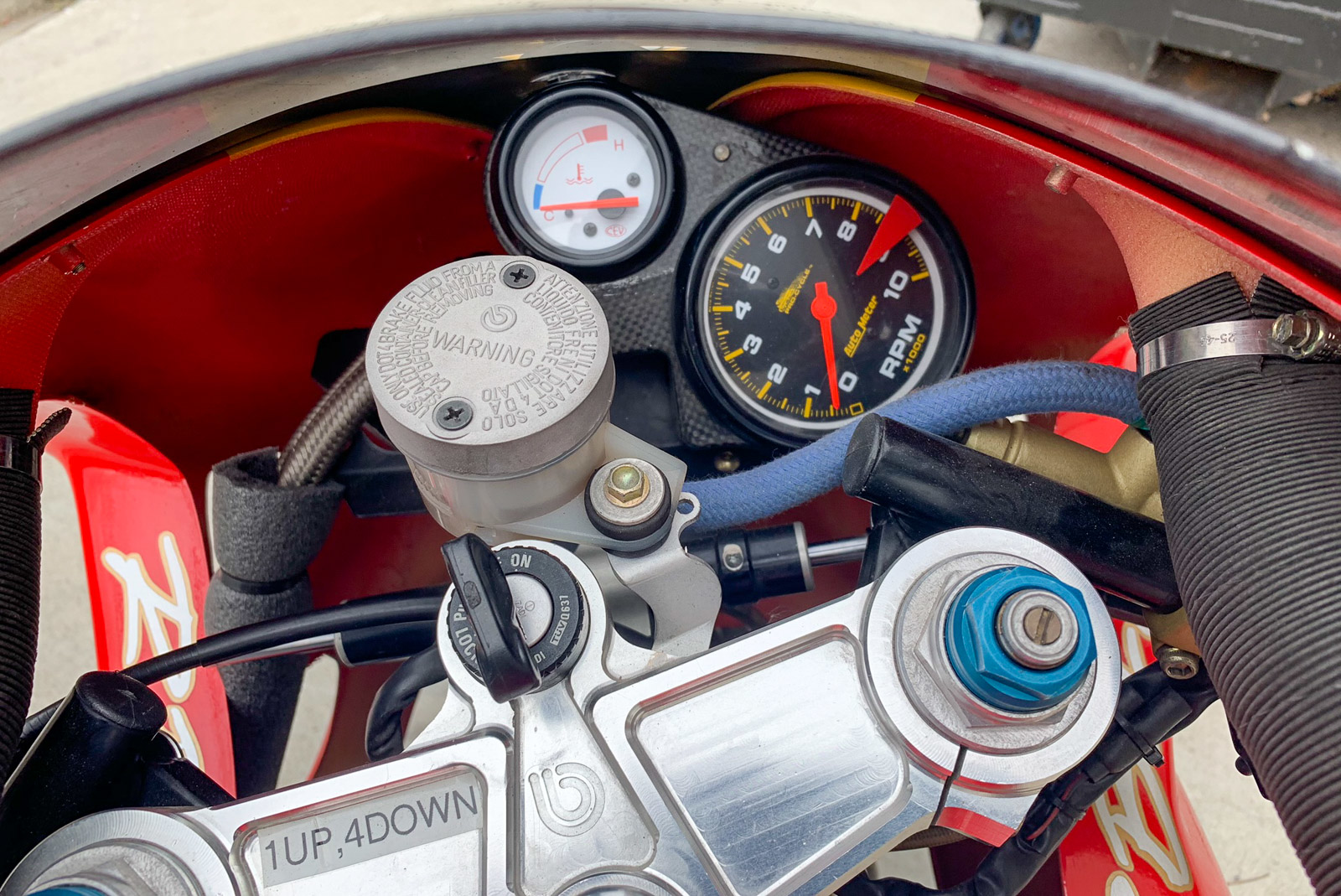 With extremely light weight and potent and punchy one-cylinder engines, Super-singles are some of the most enjoyable, characterful, and grin-inducing track day toys in existence. While there are a myriad of aftermarket kits to turn 450cc motocross bikes into lightweight road-racers, none of them carry the pedigree, prestige, or the overall exotic appeal afforded by factory-made Italian supermonos. 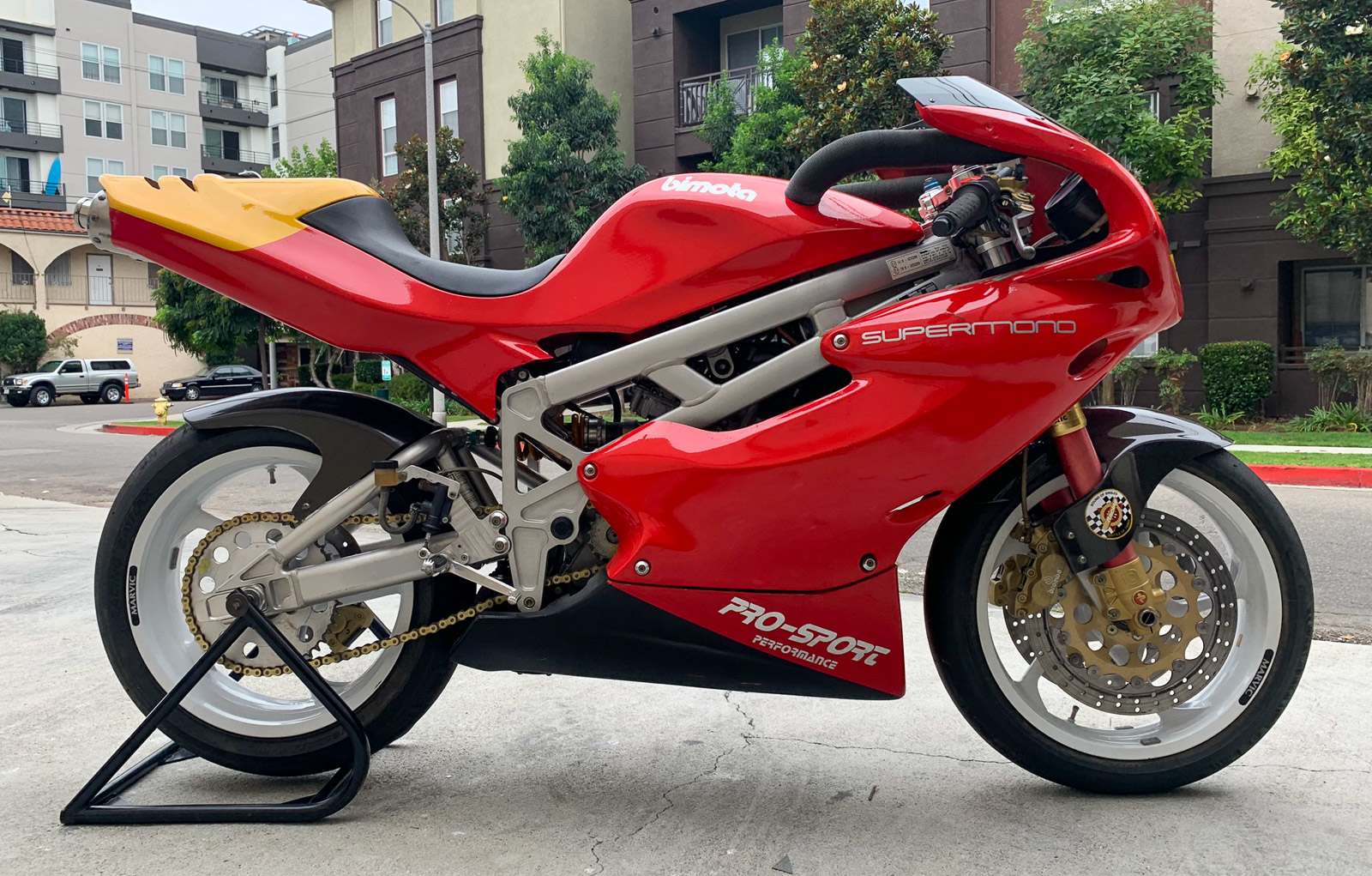