Additional photos of this 1997 Ducati 916 SPS are available here for your perusal.

A limited edition of one of the prettiest motorcycles ever made, the Ducati 916SPS (Sport Production Special) was an uprated version that featured a modified engine and chassis. Nearly all the specifications were improved like Ohlins rear shocks and Showa front forks, as it was designed to be the ultimate 916.

Released to homologate the new 996cc engine for Superbike competition, the 916SPS introduced reinforced crankcases, new barrels and heads, and a 11.5:1 compression ratio. The SPS struggled to go slow – media all over the country said their test bikes stalled at idle. The transmission became a close-ratio unit, and plenty of other extras added up to a bike that was expensive (an MSRP of $24,000 back when it was new), though well-worth it, according to reviewers.

The Termi pipes sounded like nothing else people had heard at the time, and reviewers were terrified of the power delivery. Here’s the key: this was the best Ducati you could buy in 1997 – and only 404 were sold that year. The best part of the whole story? The SPS was only road legal in Europe. Ducati didn’t conform to EPA regulations, so they sold it as a ‘track-only’ bike and made buyers sign a waiver saying that you wouldn’t register it for road use. As you might imagine, pretty much everyone ignored the waiver, as the bike came with a VIN, lights, a title, and everything needed to register the bike. Want to learn more? Check out this excellent two-part article from Odd Bike about the special editions (particularly the SPS) of the world-changing 916. 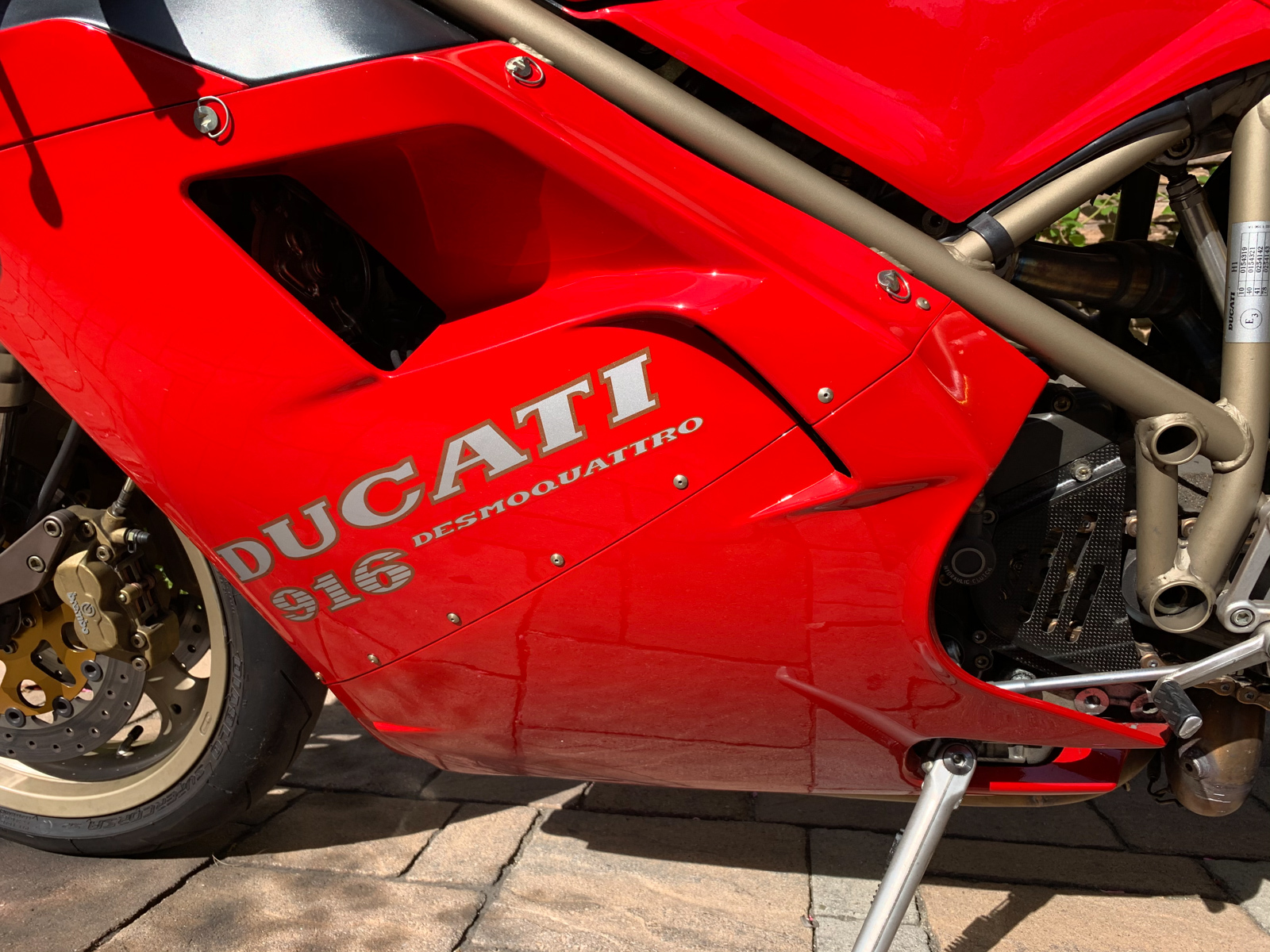 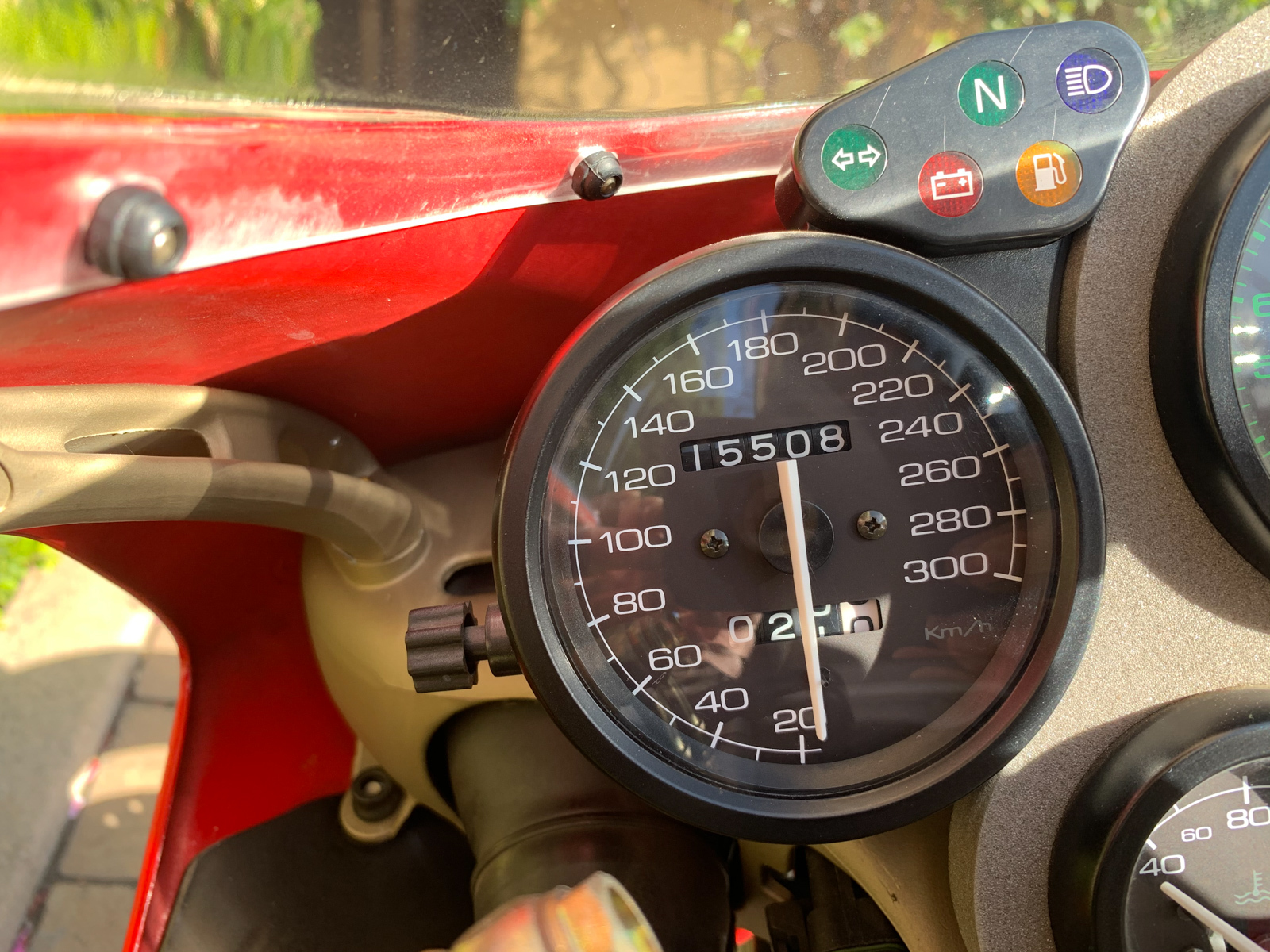 It’s currently on a clean and current California title. The second owner acquired it on May 21st, 2017 – a week prior the owner had a full service completed which included “front and rear sprockets and carrier, new chain, regulator, front pads, all hoses and clamps, battery, belts, plugs, shields, dust seals, oil, coolant, air filter, fork fluid, and tires.” At 11,500 km this bike had the valves adjusted, and the seller changed the oil and filter at his home on October 25th, 2018.

Cosmetic damage is limited to marks on the right side bar end and a small paint chip on the tail. 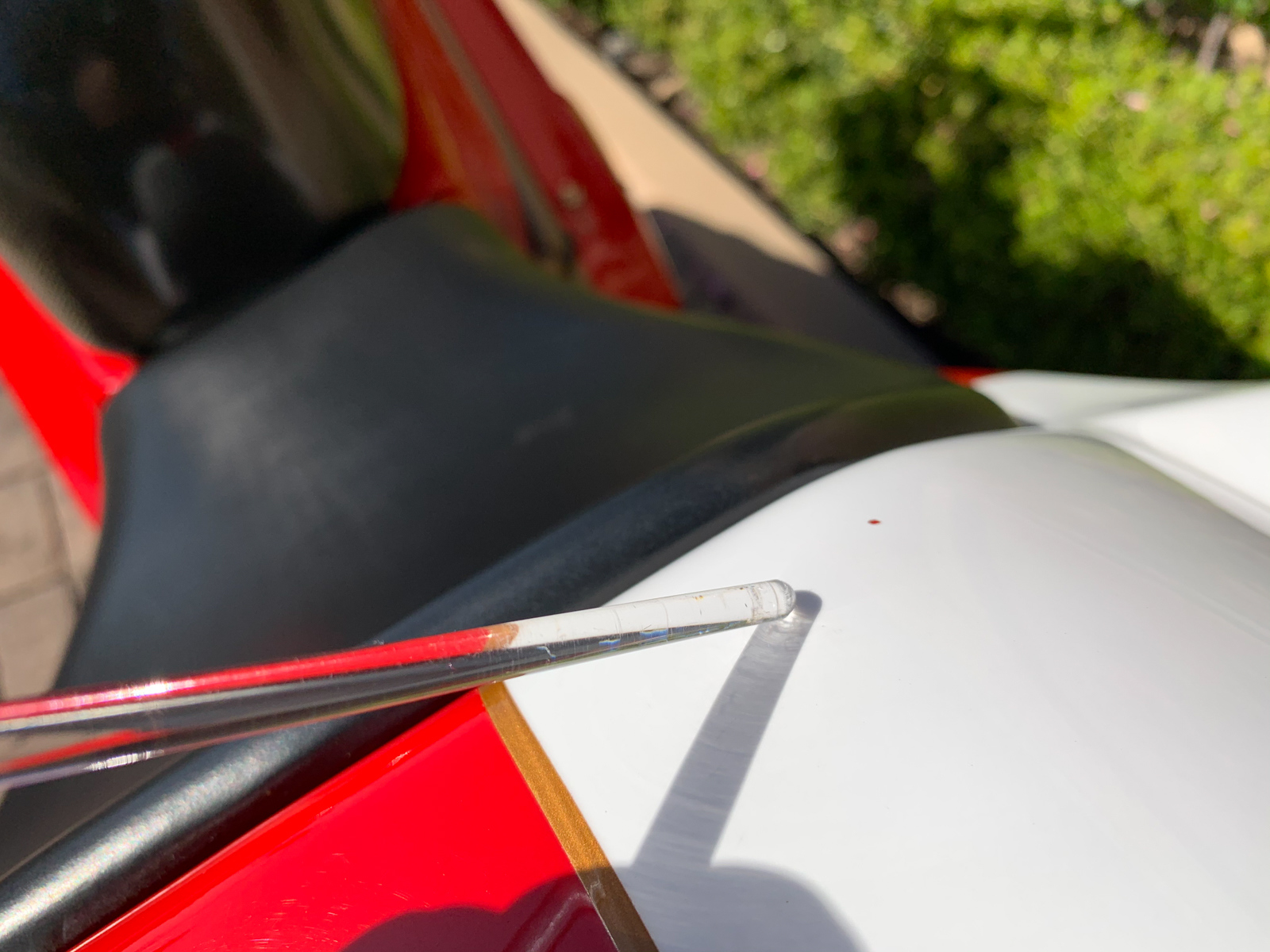 Currently at our headquarters in Marina del Rey, California, this SPS is said to be one of 50 that were brought over to the US. The seller is willing to provide a picture of the original Bill of Sale when new upon request. This is #95 of the limited-production SPS model in 1997, and we’re honored to offer it up to the next owner.

Once you buy this beauty, you may also want to treat yourself to this stunning poster of a 916 SPS to match… 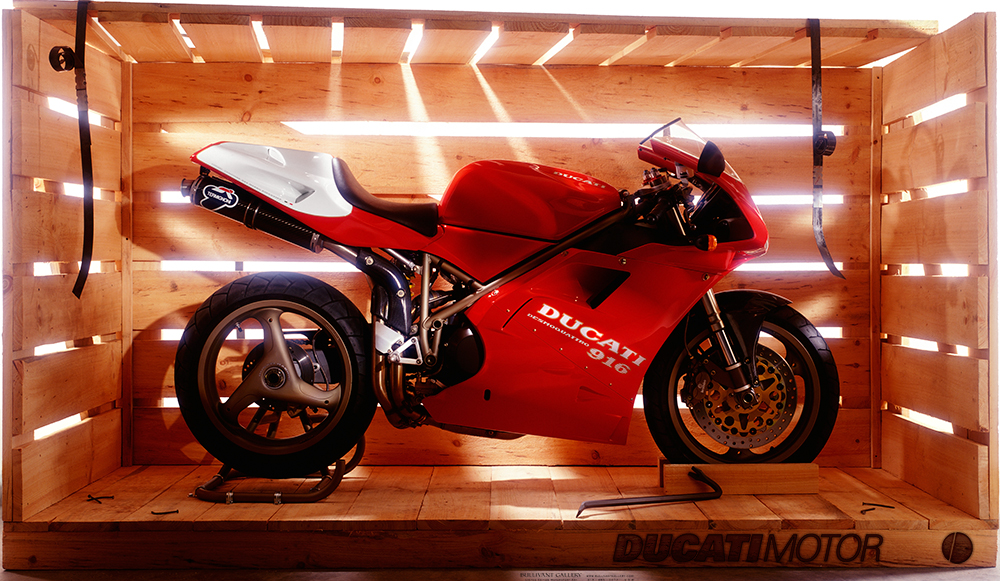