Click here for an CycleVIN Motorcycle History Report on this 2002 Kawasaki ZRX1200R. Additional photos are available here for your perusal.

Retro-inspired modern classics seem to be all the rage right now, but a few companies were well-ahead of the game. We just sold one notable example – the Ducati SportClassic, so let’s try another one with today’s feature, a Kawasaki ZRX1200R. Cycle World called the ZRX “a replica of a replica“, as it was designed to make you think of the iconic 1982 Eddie Lawson Replica.

The 1,164cc DOHC liquid-cooled engine produced 123 horsepower, good for a top speed of over 120 mph. It’s fun but also comfortable if you’re the kind of person that wants to ride for hours at a time. 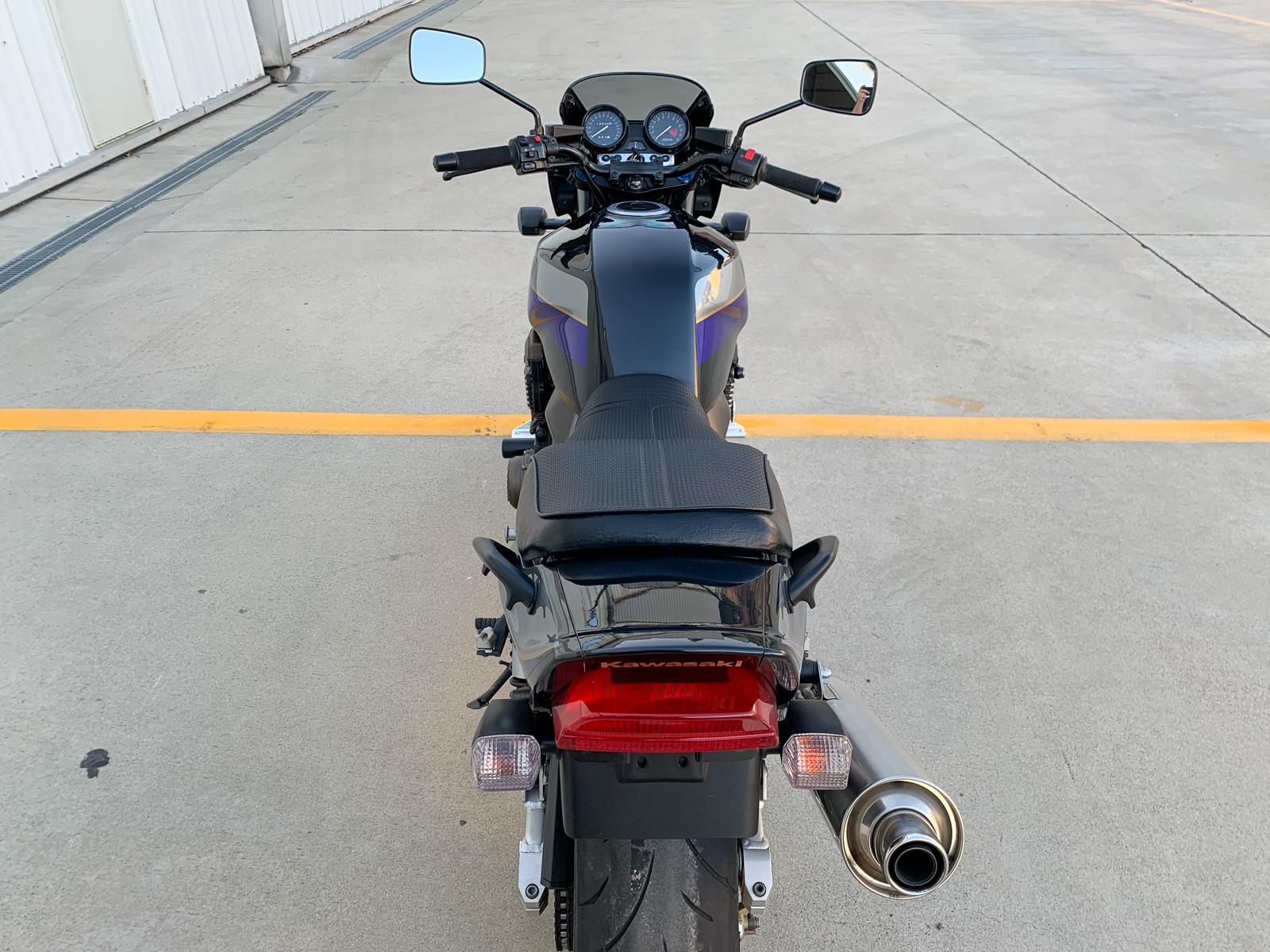 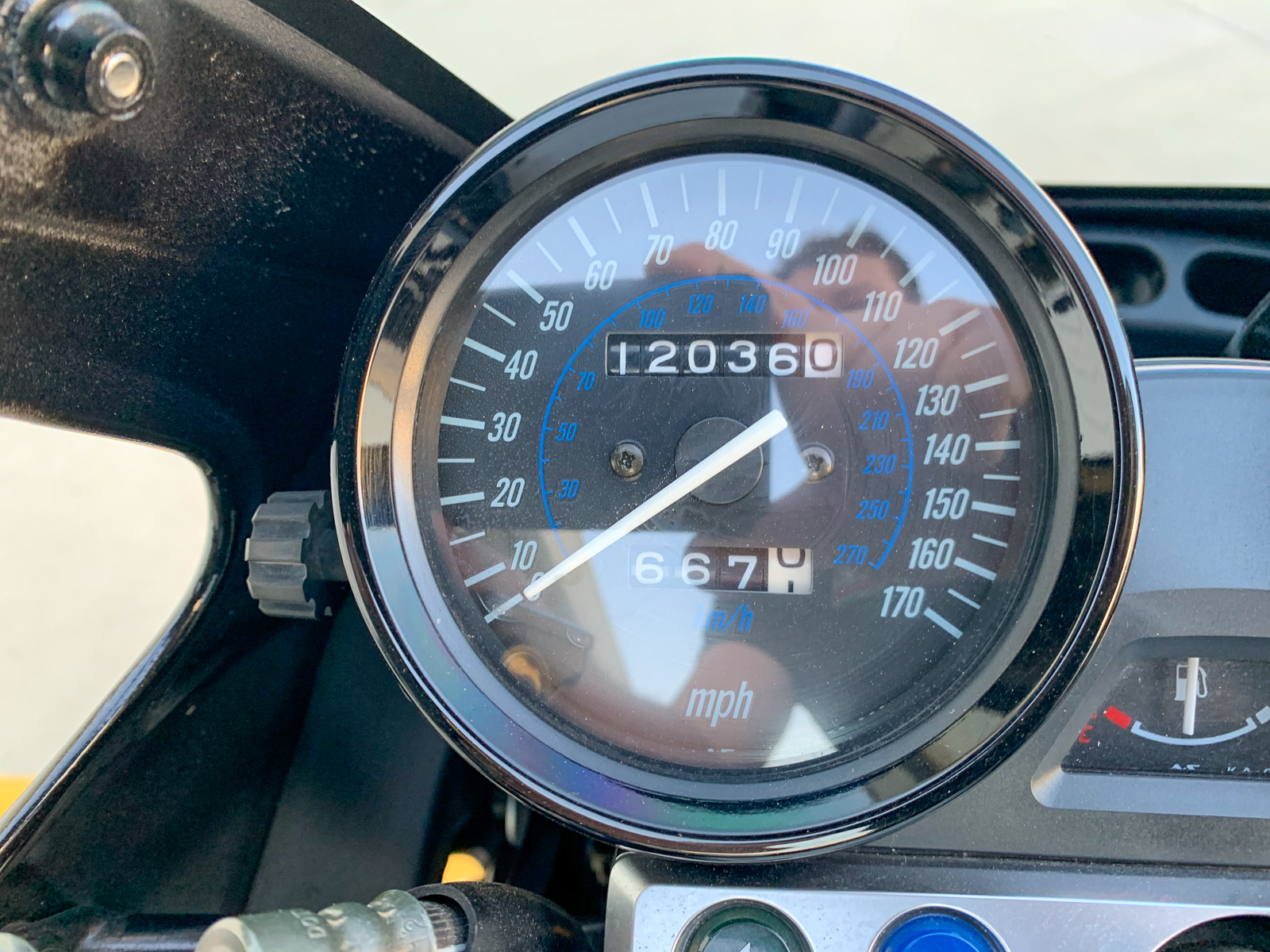 It came out of the Bob Weaver collection, though we have no history beyond that. Still, we had Olly go through it to make sure that it’s a runner, as shown in the video up top.

Normally the ZRX has the Kawasaki logo on the tank in metal letters. The letters were pulled off but are included in the sale). 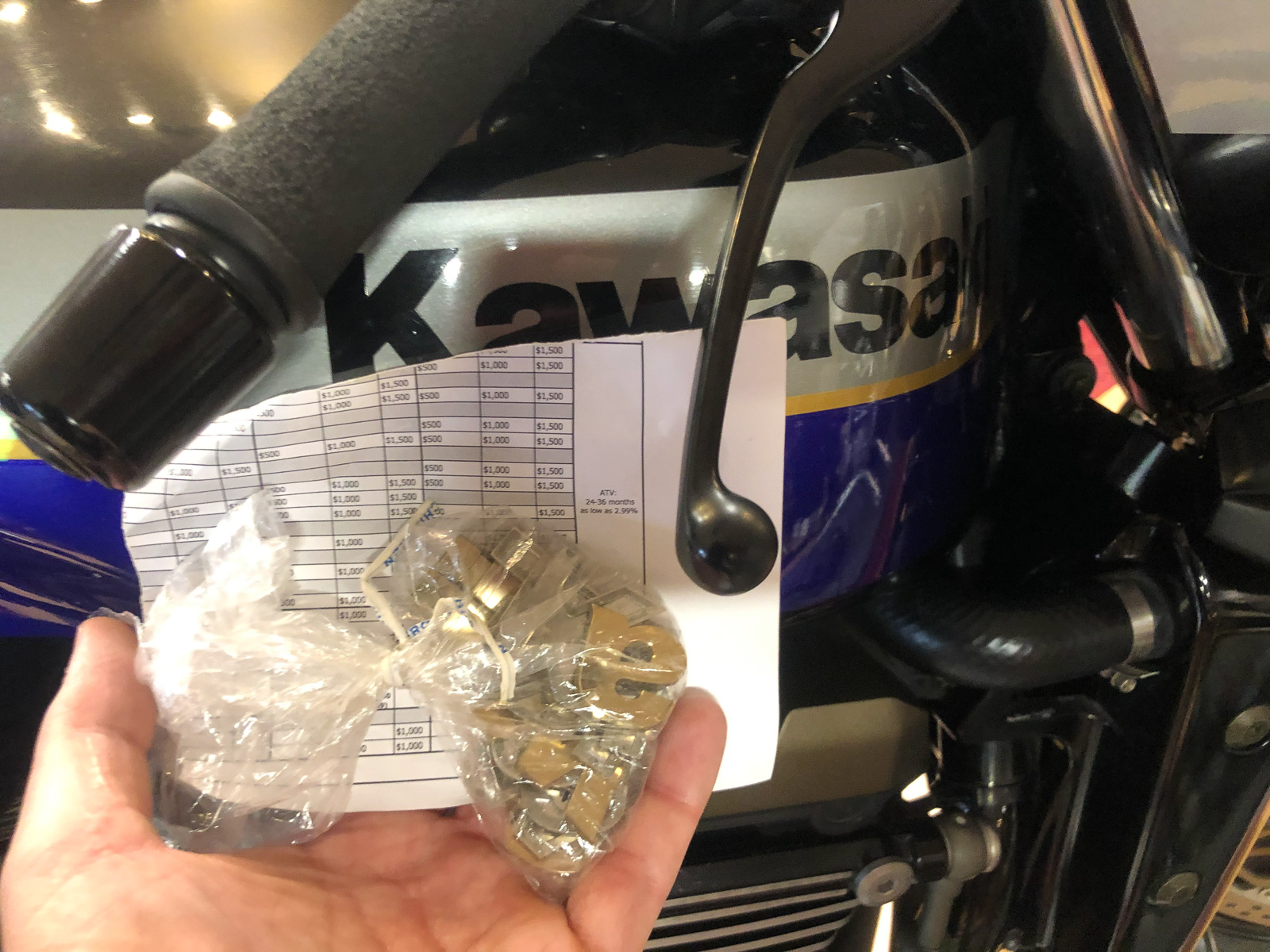 This ZRX is ready for someone who wants a rider in a rare color scheme!

This Kawasaki ZRX1200R has met reserve, it will sell!

Just wondering, but are the fork seals leaking? And how are the chain and sprockets? Any tight spots on the chain? Not being picky. Just curious. Thanks.

Fork seals appear fine and we’ll confirm. We already checked the chain and sprockets and it’s all set. We can check the chain again prior to shipping as we usually do anyway for a pre delivery safety check

Wasn’t this bike up for auction here before? I thought bikes only go through the auction once, then if they don’t sell, go to the classifieds. Maybe I’m confused.

Craig, you are correct – this bike went up for auction several months ago. If a bike misses reserve, we give the seller the option of moving it to our classifieds. We only relist the auction if something notable has changed: in this case, the seller has significantly lowered the reserve and we thought it was worth offering up to our community again!