Click here for an CycleVIN Motorcycle History Report on this 2003 Petronas FP1. Additional photos are available here for your perusal.

The FP1 was the result of Sauber and Petronas coming together in late 2001 to compete in MotoGP. Their GP1 prototype was powered by a 989cc triple, but Petronas decided to instead tackle WSBK and so the engine had to be modified to fall under the 900cc limit. Per FIM homologation, Petronas had to built 150 examples – leading to the FP1, touted as “Malayasia’s First Superbike”.

Well, only half of the bikes were built in Malaysia – the first 75 were built in the United Kingdom so the bike could compete in 2003. 100 of the 150 examples were offered to the public in colors like Misty Grey, Exotic Black, and the Panache Green of today’s bike for sale. The other 50 were kept for racing.

FP1 stands for Foggy Petronas – Petronas partnered with none other than Carl Fogarty to form the Foggy Petronas Racing team, but the five year project ended with just two pole positions and two podiums to show in four seasons of racing. To be fair, a lot of that had to do with bad timing. As mentioned previously, Petronas had to bring displacement down to 900cc for WSBK, but the year they entered, rules were changed to allow 1,000cc – putting Petronas at an almost instant disadvantage. But unless you’re Rossi, you won’t be able to tell the difference – this is still a racer for the road with lights, turn signals, mirrors, and the other components required for street legality. 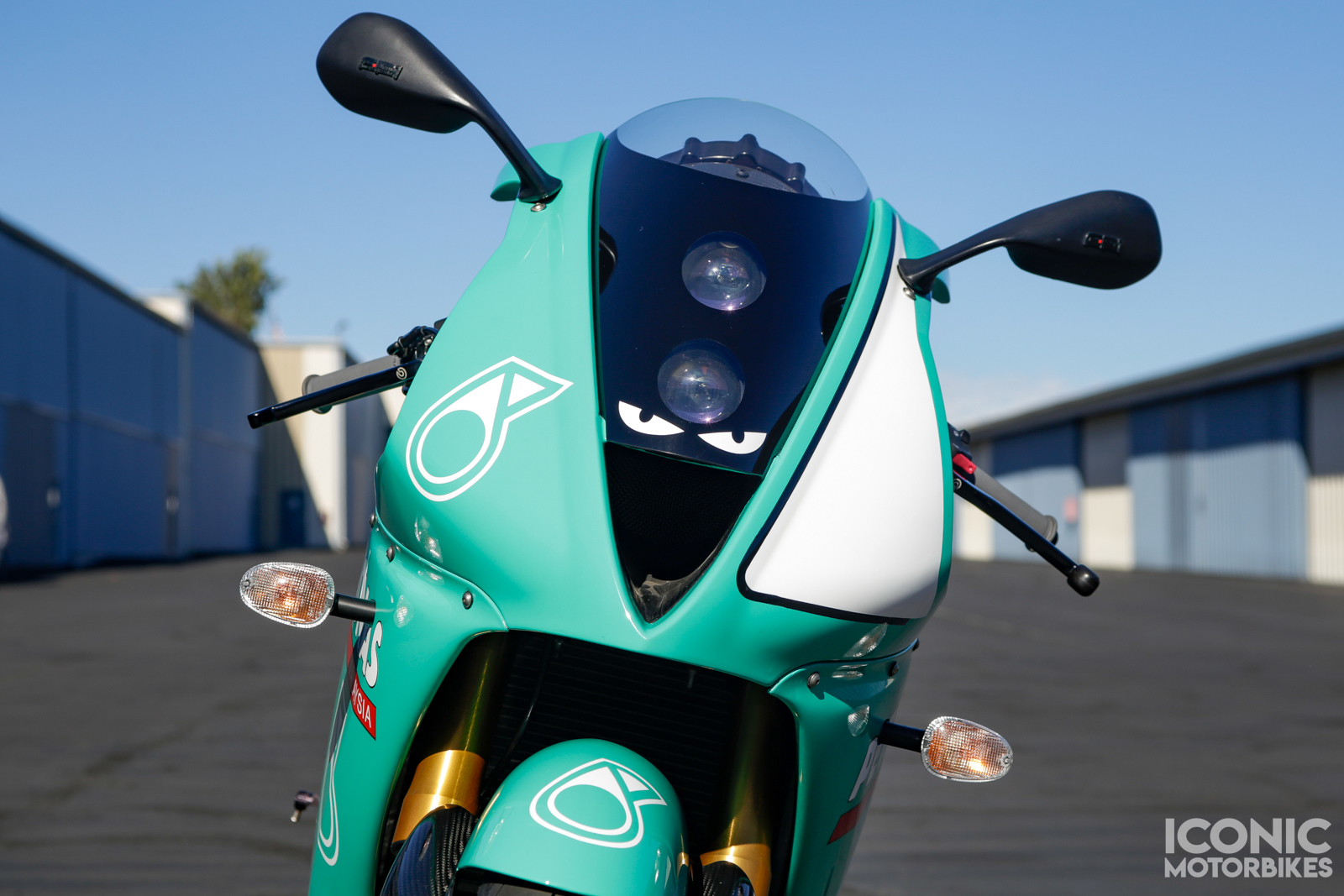 Want more of the story? It took until 2005 (and power from the race bike dropped from 185 horses to 127 ponies for the street), but the FP1 eventually went on sale to the public, though only officially through one dealership in Malaysia. Several years ago, a stash of 60 FP1s (estimated value of about 2 million pounds) was discovered in a bunker, which was surprising as Petronas said they were going to ship the bikes back to Malaysia and destroy them. At that point, 129 bikes were left unsold, and another Malaysian company called Momoto bought up the bikes and rebranded them the MM1. At least they tried to – apparently Petronas never bothered paying taxes/duties for the majority of their bikes, so the Malaysian government seized the inventory. Momoto sued Petronas for $83 million in October of 2013, and that’s one of the many reasons why these are so rare to find nowadays. 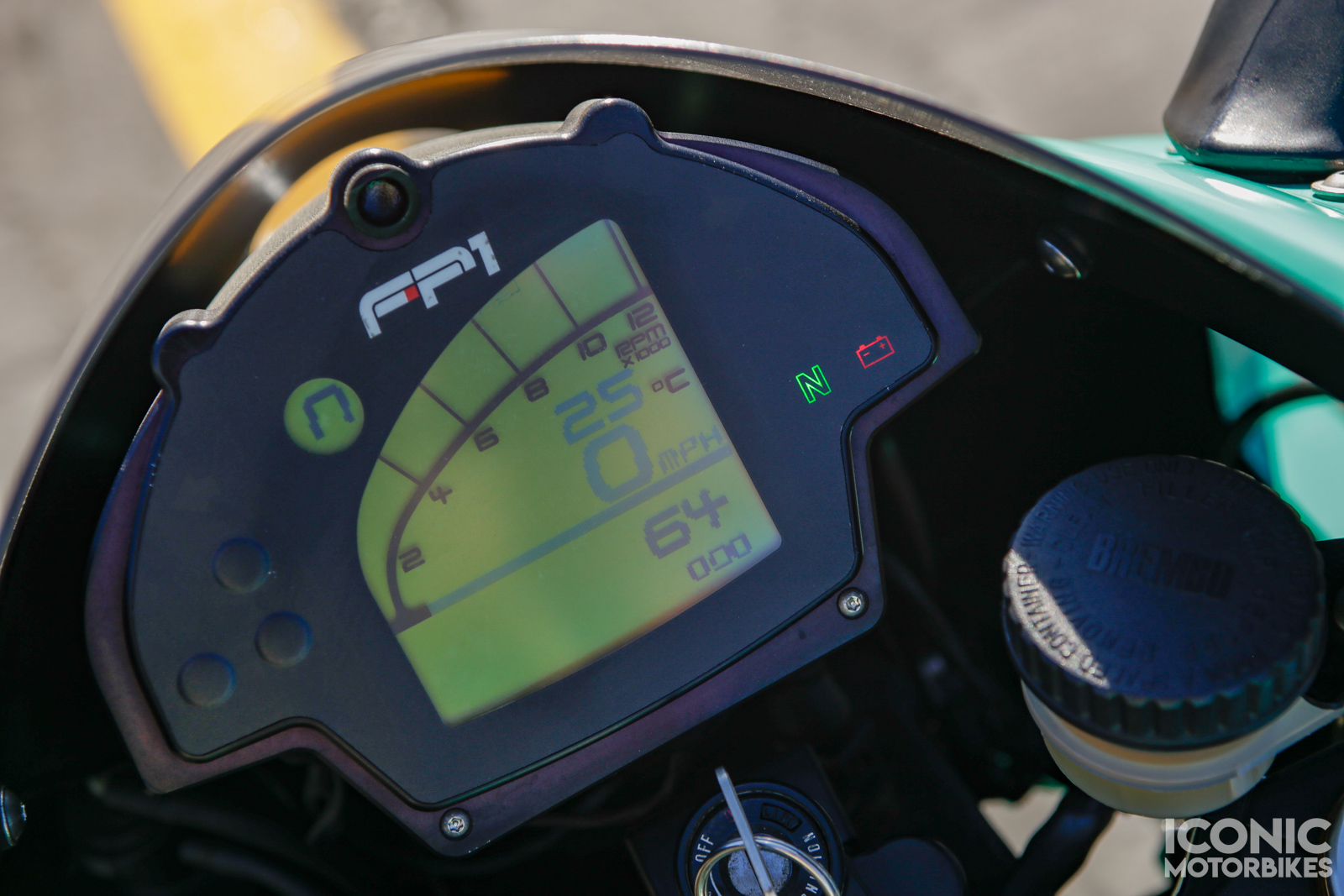 Maintenance:
This example was recommissioned to ride by Antonio “Tony” Fortunato, who has recommissioned several FP1s. His work included rebuilding the suspension, sonic cleaning the injectors, inspecting the water pump for slush, replacing the fuel/brake/oil lines, replacing the throttle cables, and rebuilding the brake master cylinders and calipers.

He removed the exhaust and removed some restrictions so that it flows freely.

He also installed new brake pads and Pirelli Diablo Supercorsa slicks with date codes of 2420 and 0121. 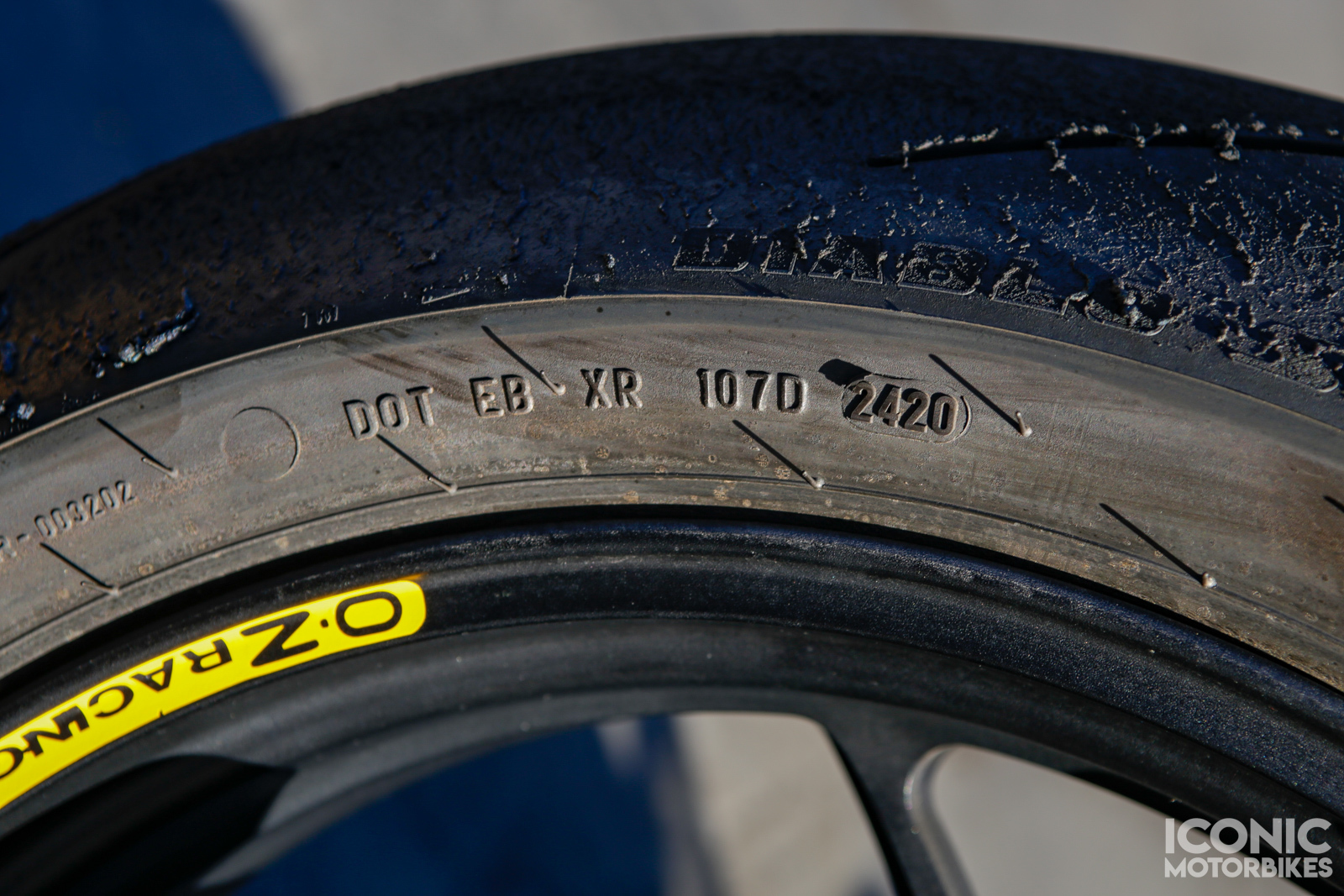 Lastly, all the original paint was removed and the bike was completely repainted.

Modifications:
Suter slipper clutch ($4,000, built as part of a limited run of 6 on special commission by the owner’s friend). 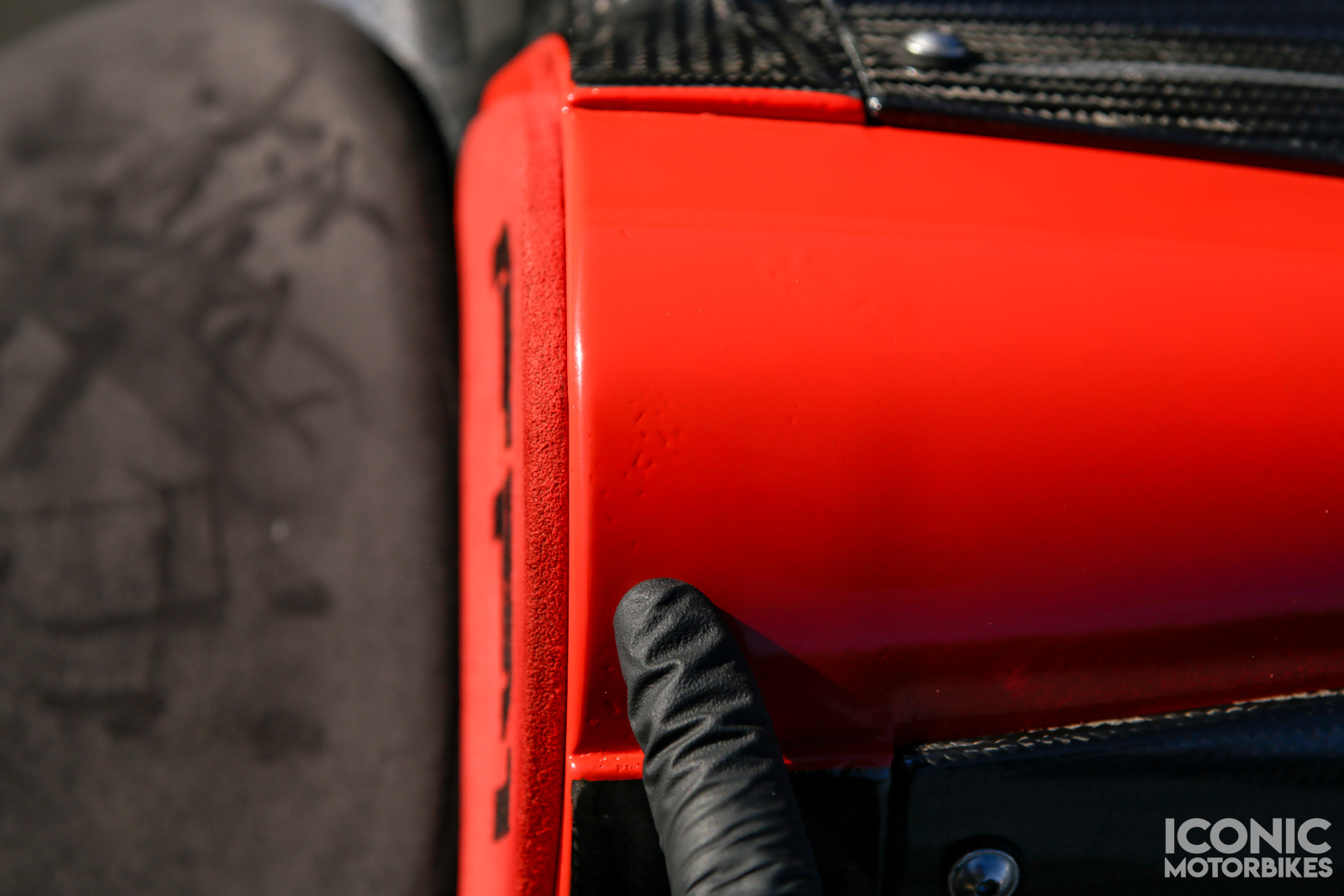 Currently located at our facility in Santa Monica, California (please make an appointment for an inspection), this Petronas is offered on a Bill of Sale only. Have any FP1 stories or questions about this listing? Let us know in the “Comments” tab!