Additional photos of this Confederate F-124 Hellcat are available here for your perusal. 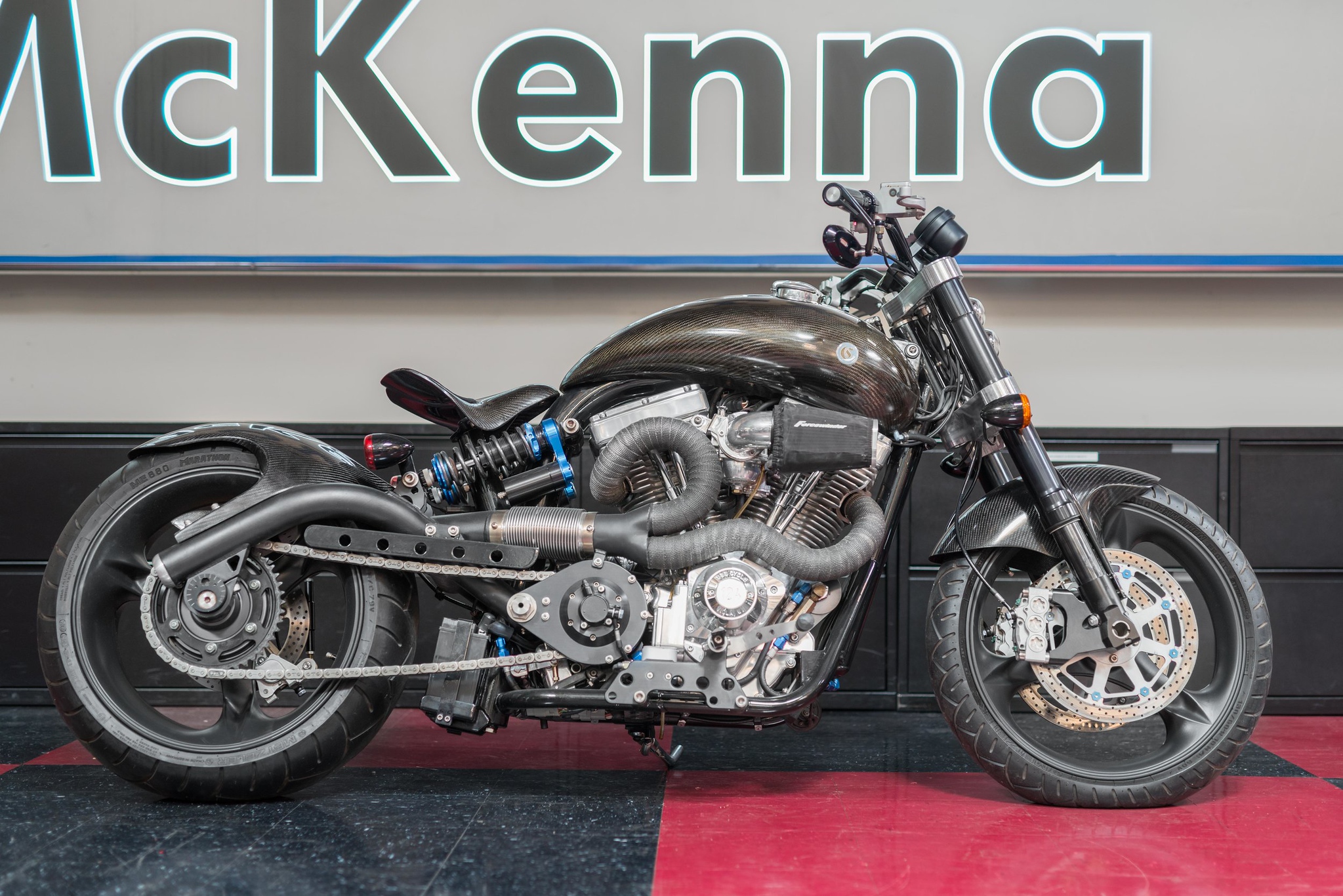 Confederate Motors Inc. was founded in 1991 by trial lawyer H. Matthew Chambers, as an initiative seeking “enlightened design through true American inspiration”, in Baton Rouge, Louisiana, and after a brief move to San Francisco, California, the next year, moved to a prototype shop in New Orleans, Louisiana, in 1993. The company’s first motorcycle rolled off the production line there on November 11, 1994. Over 500 first generation Hellcat models were built from 1996 to 2001.

The rare “one of 180 built” 2004 Confederate F1-24 Hellcat definitely captures the significance of the past while utilizing modern tech advancements to perfection. Snake-like exhaust pipes, internally ceramic-coated and externally heat-wrapped, both leading to a 3-inch Inconel (used for exhausts in Formula One and Champ Car) collector that feeds into tubular steel swing arm whose twin arms slant down toward the pavement and act as barely muffled outlets for the hulking engine’s exhaust. 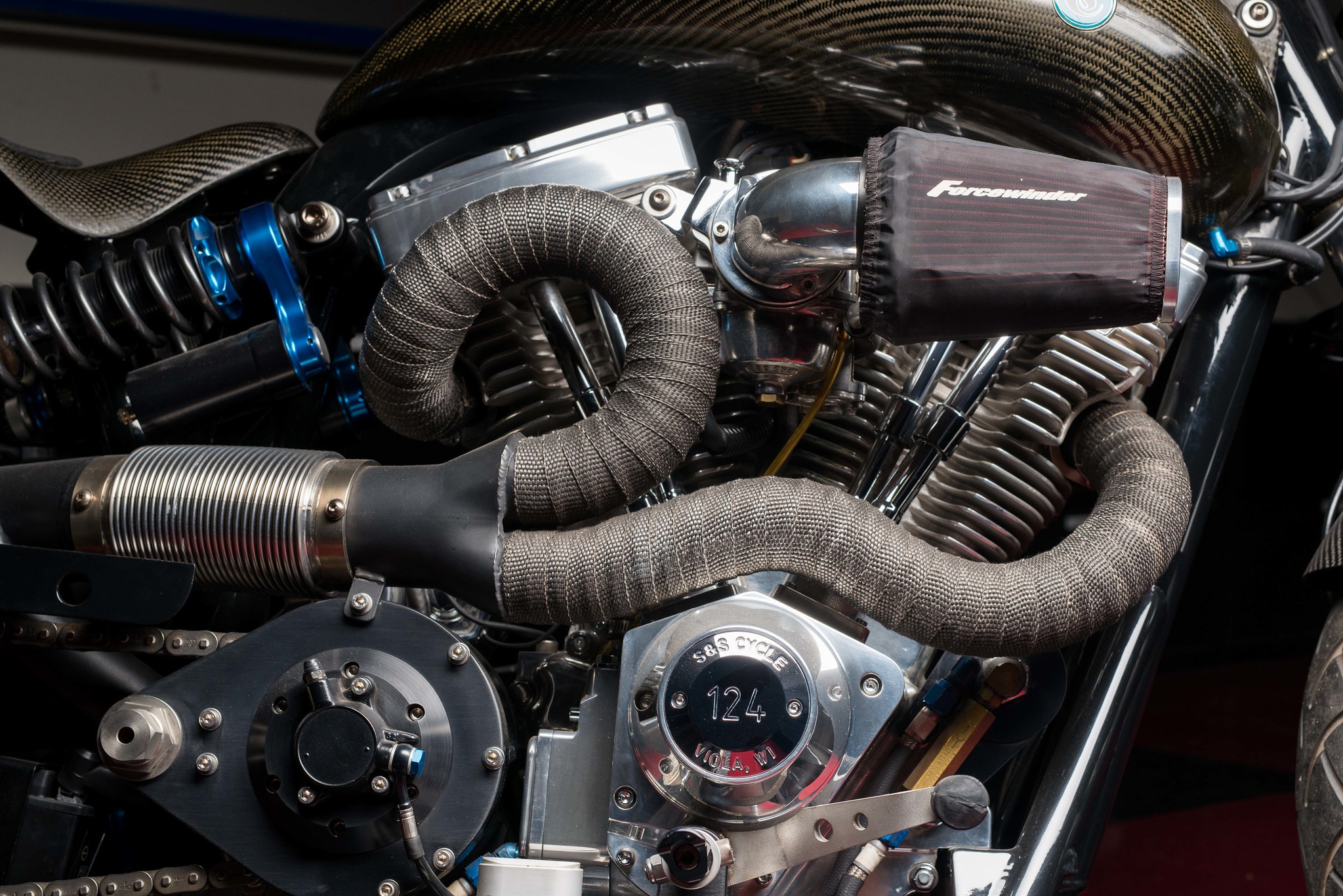 The long-stroke power-plant itself, all 124 cubic inches delivering a mighty 135 horsepower at 5200 rpm to the rear wheel, with an astounding 140 pound-feet of torque on tap at 4500 revs. This mammoth V-twin mounts rigidly to the steel spine frame, with the 3-inch-diameter backbone doubling as the dry-sump motor’s oil tank. A 2-inch front down-tube and duplex engine cradle lock everything in place to achieve the stiffness.

Confederate says that shortening the wheelbase extends chain life (due to reduced lash) and permits a significantly wider rear tire, a massive, 240/40VR18 Metzeler ME880 on an 8-inch Lightcon cast wheel.

The Hellcat has a fat Marzocchi inverted fork, the same 50mm unit used by MV Agusta for the F4 1000, located by a mega-stiff Traxxion Dynamics triple-clamp, each clamp milled from a solid 30-pound chunk of 6061 aluminum.

And finally, an equally curvaceous and surprisingly comfortable carbon-fiber seat mounted atop a bicycle-type post that delivers a low, 27-inch seat height.

It has covered just 291 miles.

The sale includes an extra key, and several marketing pieces; a Collector’s Issue copy of the March 2005 issue of Men’s Journal with Vin Diesel sitting on this exact Hellcat on the cover, and a letter dated 7/23/04 with a photo DVD from Confederate Motors to the owner announcing, “what surely will be one of the world’s most treasured motorcycles. She is the first B140 Wraith Combat”.