Additional photos of this MV Agusta F4CC are available here for your perusal. 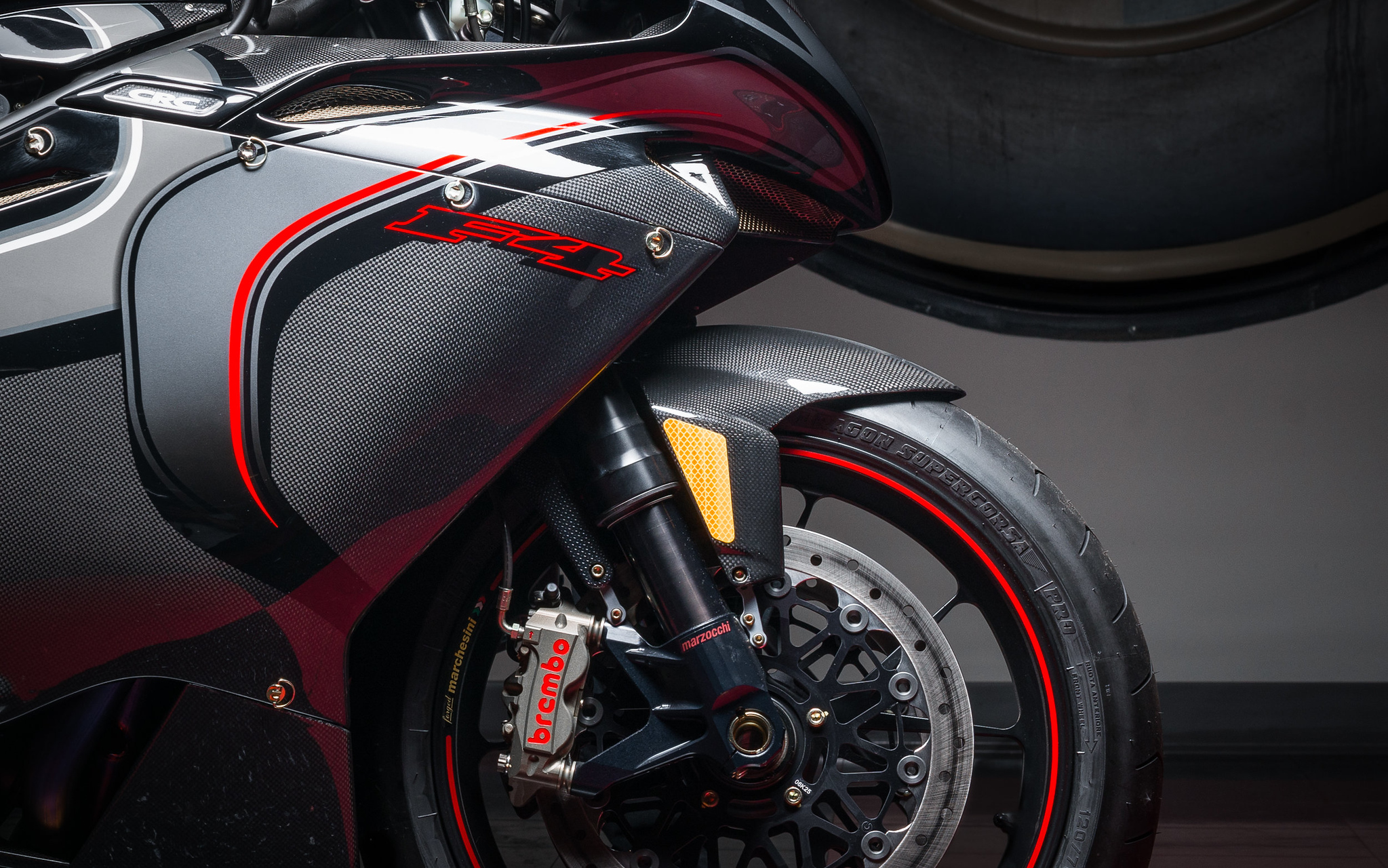 The MV Agusta Company began as an offshoot of the Agusta aviation company formed by Count Giovanni Agusta in 1923. The Count died in 1927, leaving the company in the hands of his wife and sons, Domenico, Vincenzo, Mario and Corrado. Count Vincenzo Agusta together with his brother Domenico formed MV Agusta at the end of the Second World War as a means of saving the jobs of employees of the Agusta firm and also to fill the post-war need for cheap, efficient transportation. The brothers had a passion for mechanical workings and for motorcycle racing. Much like Enzo Ferrari, they produced and sold motorcycles almost exclusively to fund their racing efforts. 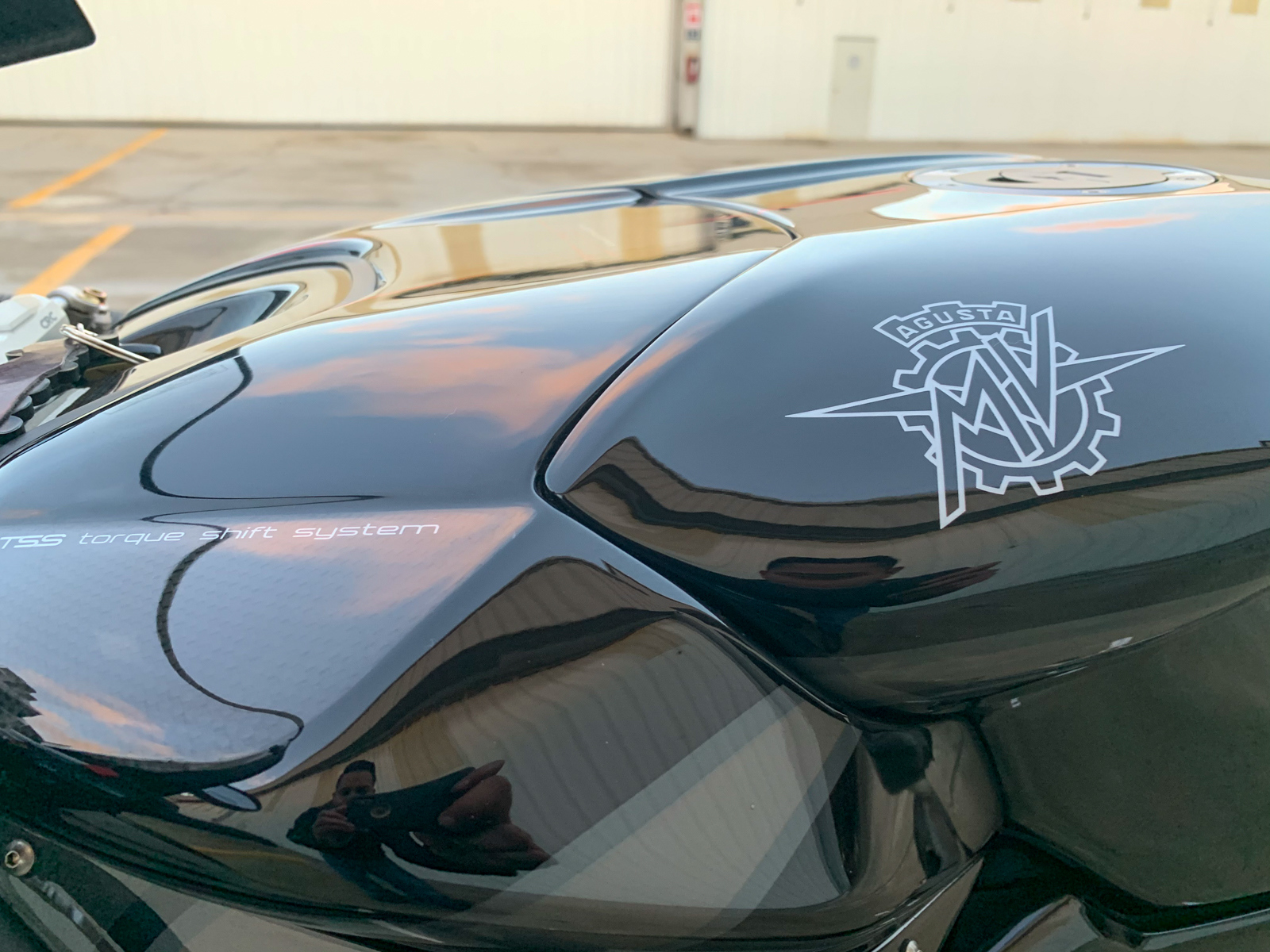 MV Agusta, is one of the grand old nameplates in motorcycling, steeped in racing tradition. From its inception to 1976, the company would win some 270 Grand Prix roadraces and take home 27 world titles. Some of the greatest talent ever to race on two wheels: John Surtees, Mike Hailwood, Giacomo Agostini, and Phil Read all rode Count Domenico Agusta’s wailing race-bikes.

Unfortunately, the company didn’t survive to the 1980s. But saving it from complete extinction came the Castiglioni brothers, owners of Cagiva, who had already saved Ducati from the throes of bankruptcy, and now they turned their attention to bringing MV back to life. And what a resurrection! Designed by Massimo Tamburini, father of the seminal Ducati 916, the 1999 MV Agusta F4 was a high-revving 750cc four-cylinder, painted red and silver just like the Count’s old racer winners, and with a trademark quad array of high-mounted exhaust tips. In 2005, an engineering redesign ushered in the F4 1000, giving the company an ultra-competitive player in the liter-class sport-bike wars. 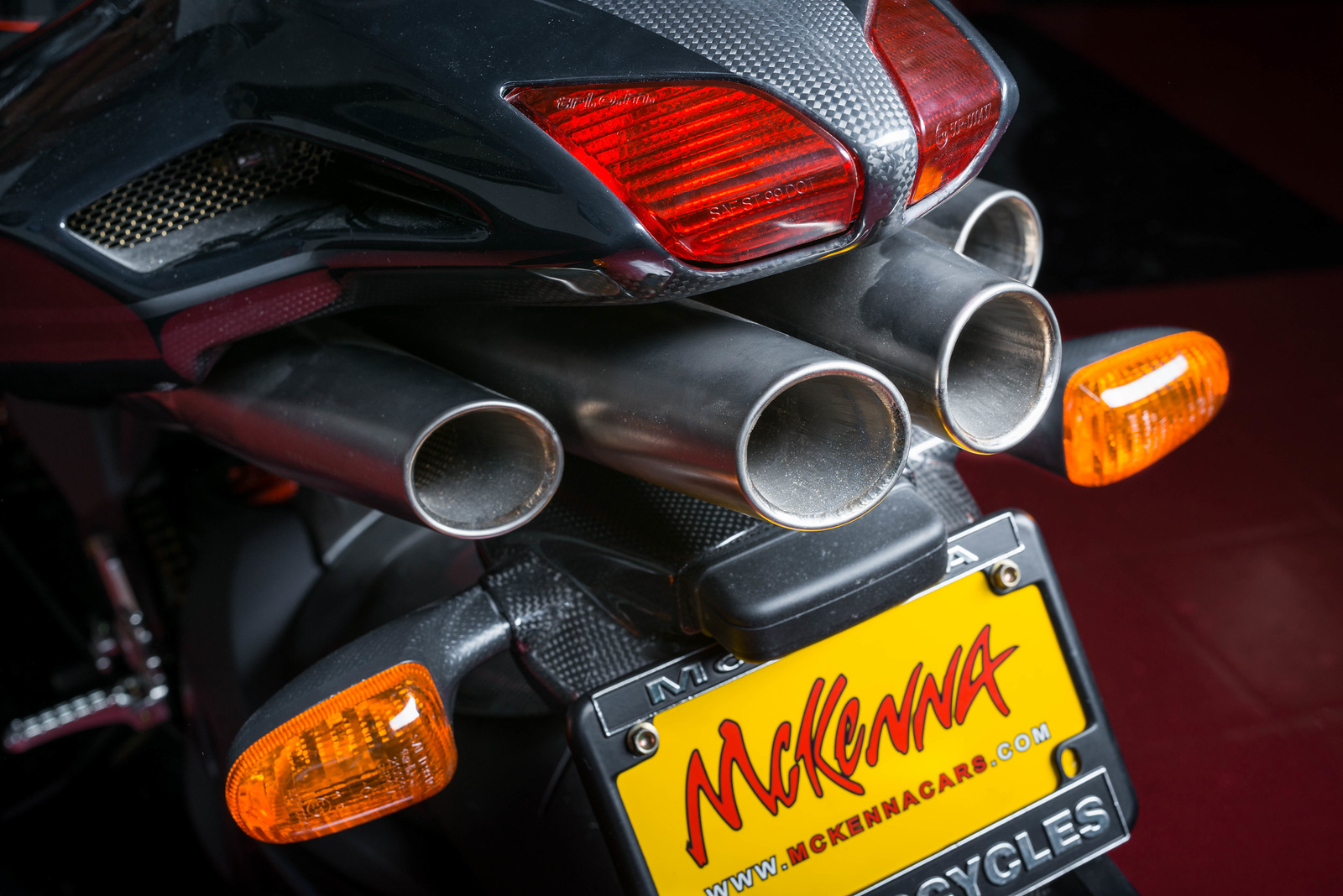 This beautiful 2006 F4CC uses a modified version of the 190-horsepower, 1,078 cc, inline-four motor used on MV’s F4 RR 312 1078 bike. The CC’s additional 10 horses are derived, in part; from the lighter weight titanium intake valves and oversize throttle bodies. It also features the F1-derived Torque Shift System that MV introduced on an earlier limited-production F4-1000, the Tamburini. 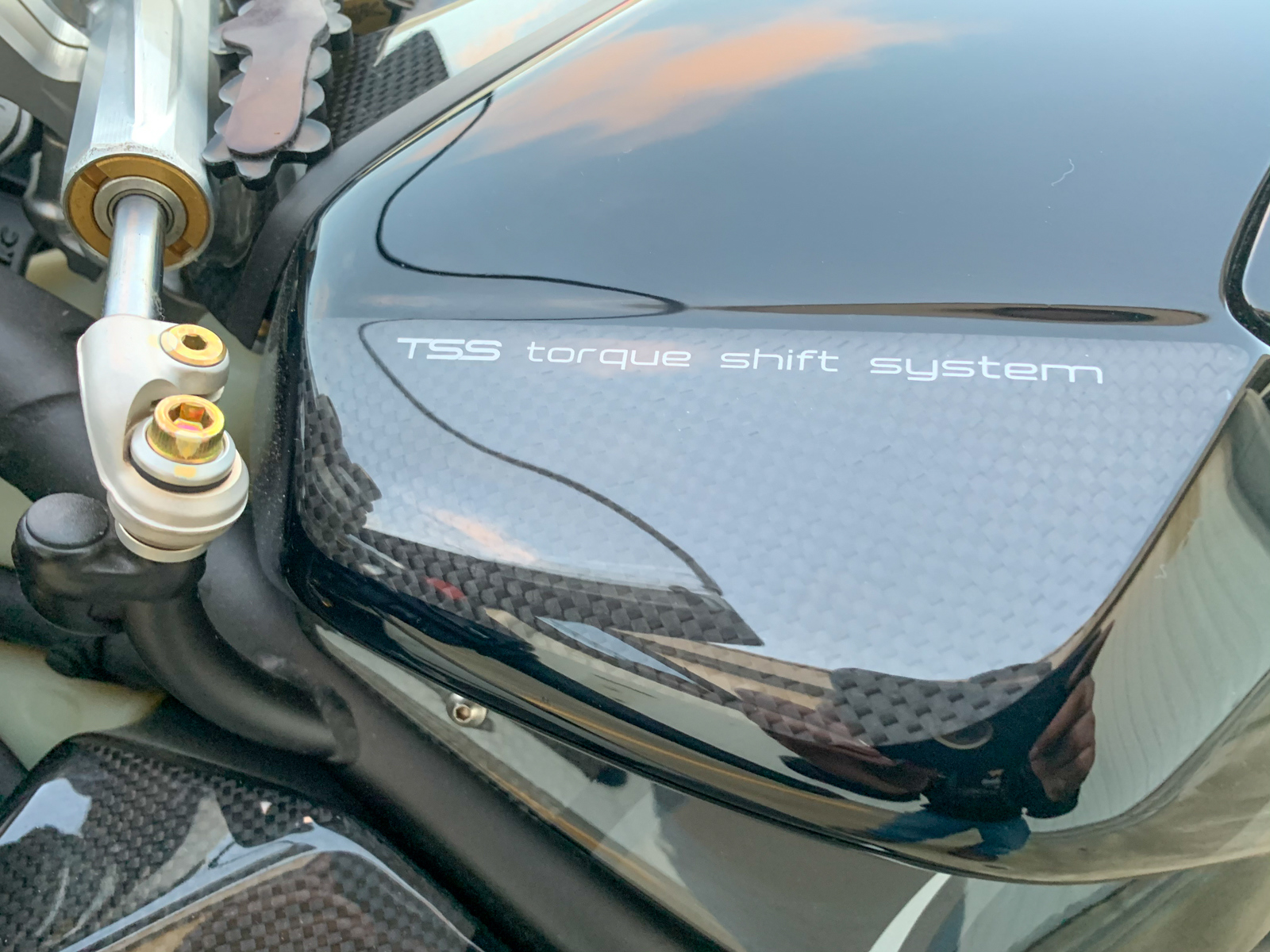 But that isn’t the reason the F4CC costs twice as much per pound new as a Ferrari. Only 100 F4CCs were built, with less than 20 making it stateside. 90% of the parts are handmade and constructed from better, lighter material wherever possible: the gearbox housing is magnesium, as are the frame sideplates and swingarm. Everything that can be made from carbon fiber is made from carbon fiber. Even the little vent mesh inserts are made from titanium instead of steel. At 413 pounds, the F4CC is a lightweight beast, undercutting the entire history of the F4 lineup with the exception of the 750 Oro. The F4CC is the bike that MV Agusta President Claudio Castiglioni wanted for himself, which is why it was built and where it gets its name – plus his signature on the tail. 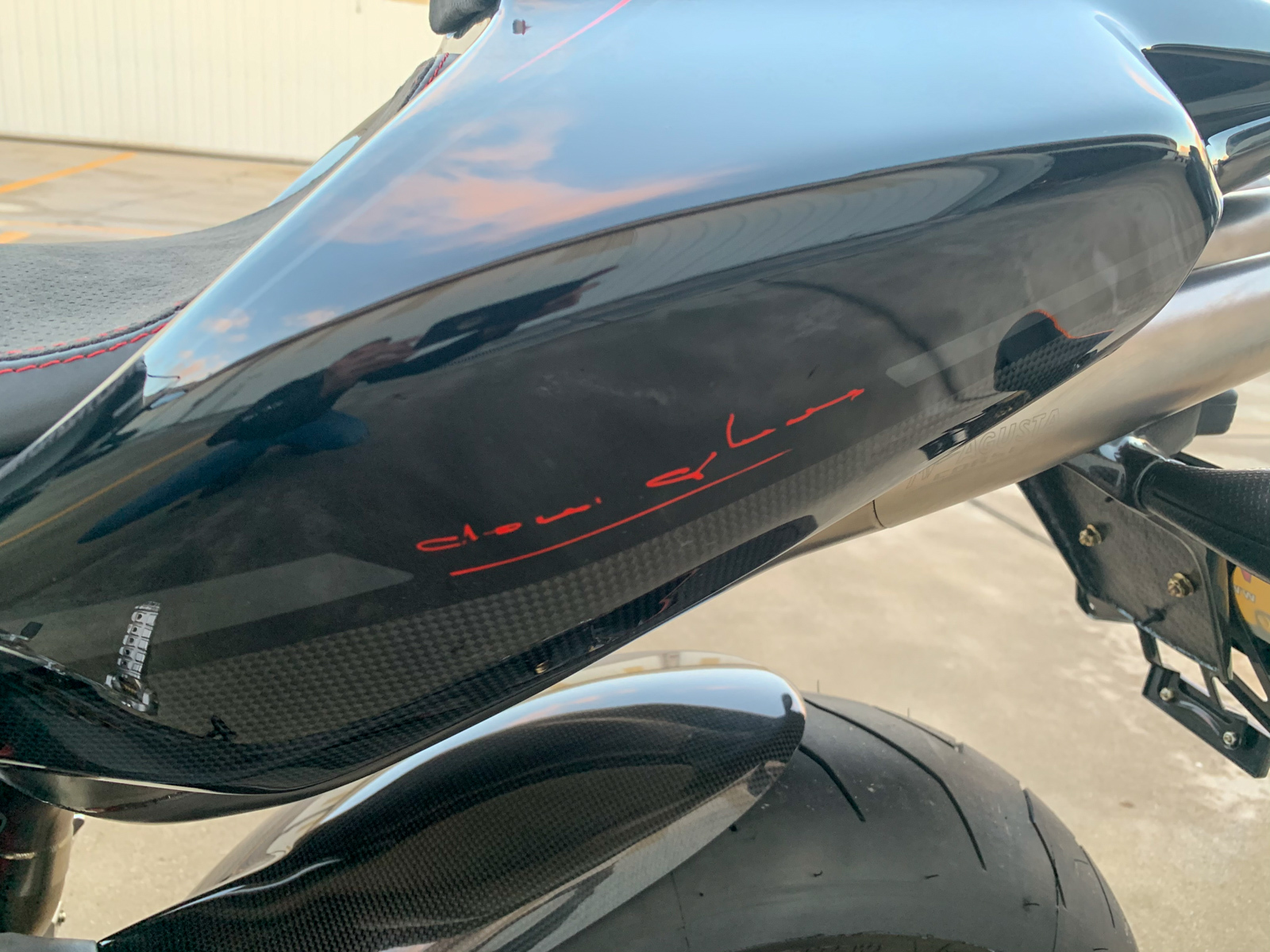 This F4CC (VIN: ZCGAKFPR96V000035) is #35 of the 100 that were built, and the odometer shows just 17 kilometers (10.6 miles). It is sold as a display piece, though our White Glove service would be glad to assist if you’d like to make it a rider – in that case, expect the usual recommission service as well as a set of new tires. It also leaks gasoline when the fuel pump is on, and we can address that for you if needed. 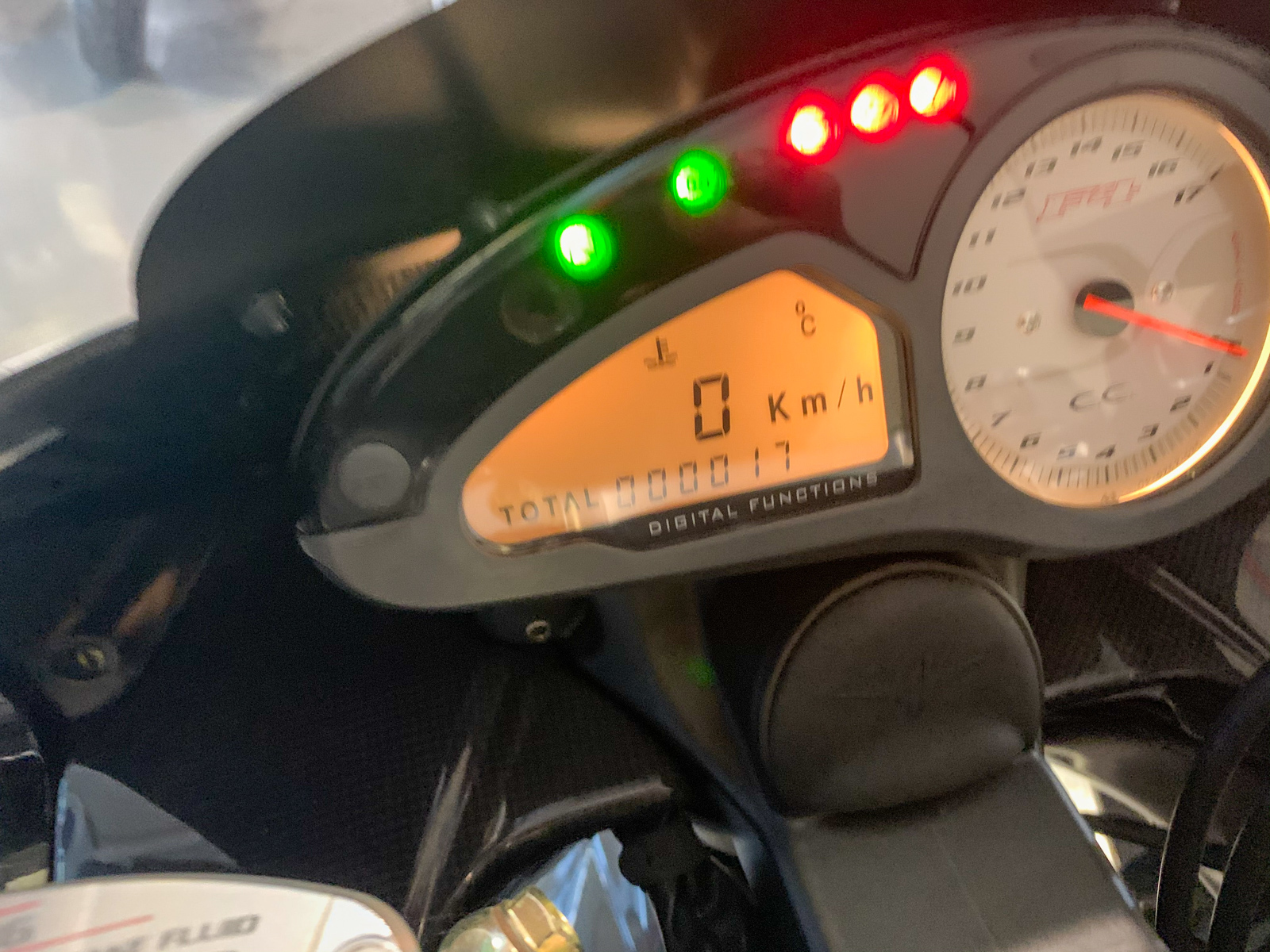 The sale includes the “Special Exhaust System Kit Assembly Instruction” as well as some related parts, “Battery Scheme”, and a case of goodies that was delivered with each CC that includes the owner’s manual, quick manual, warranty booklet, CD-ROM, and a certificate (in Italian, of course) which mentions the privilege you share with 99 other people around the world. 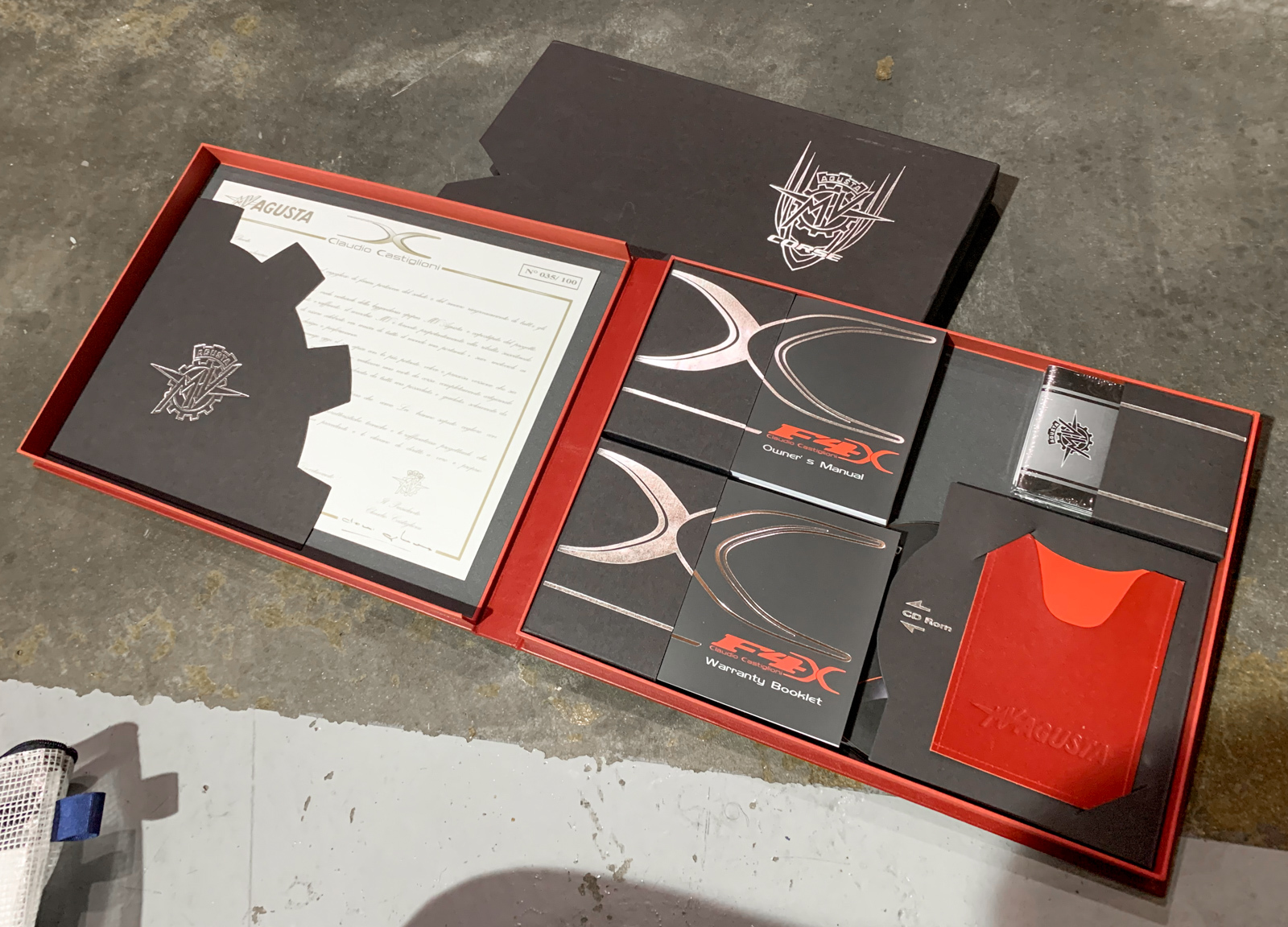 The Girard-Perregaux Laureato watch and Trussardi F4CC leather jacket that came with the bike when new are no longer with it and not included in the sale. 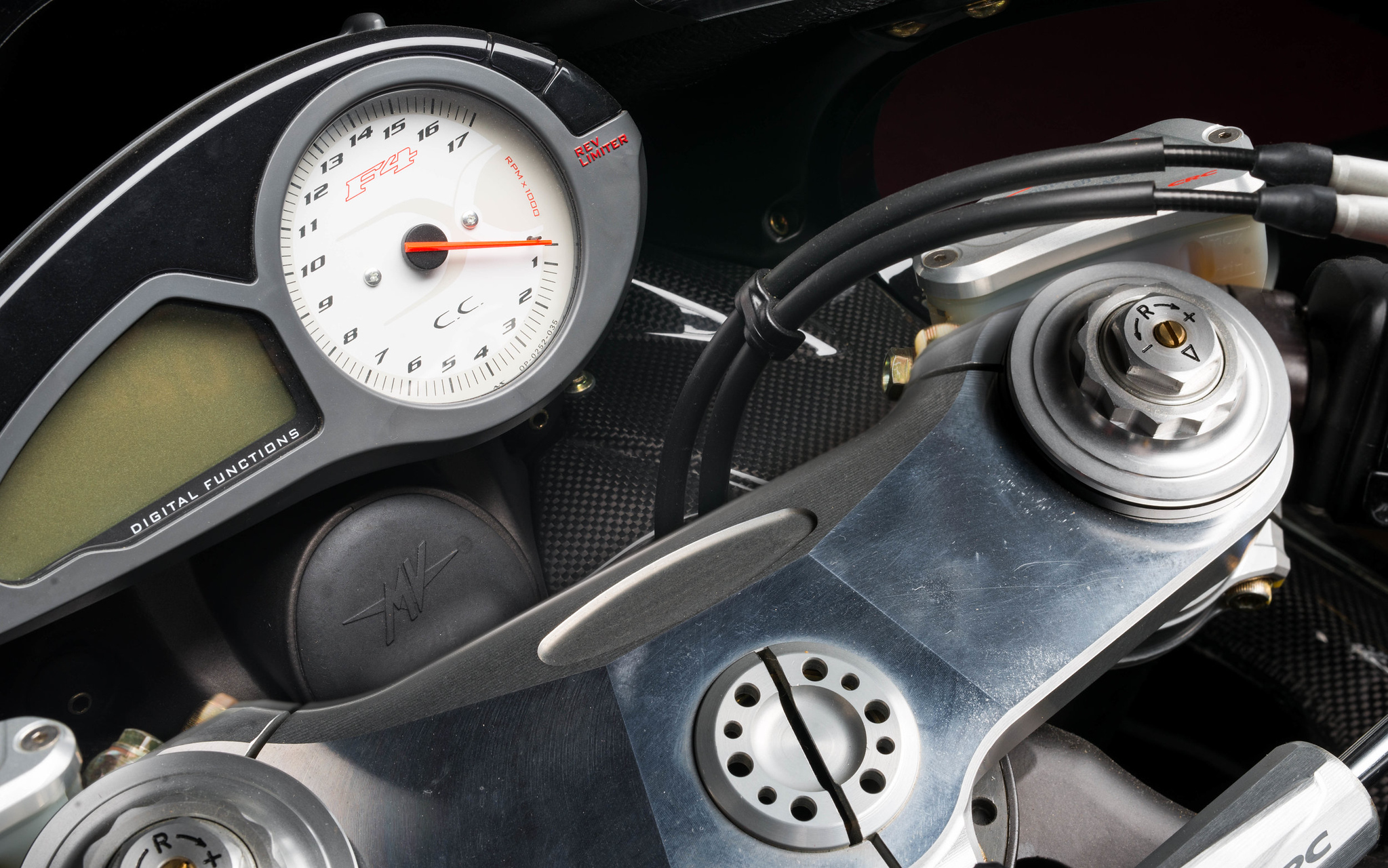 In the long history of MV Agusta, this CC is one of the most expensive and most exclusive machines they’ve ever built. Few exist, and even fewer have just 10 miles, making this a rare opportunity. 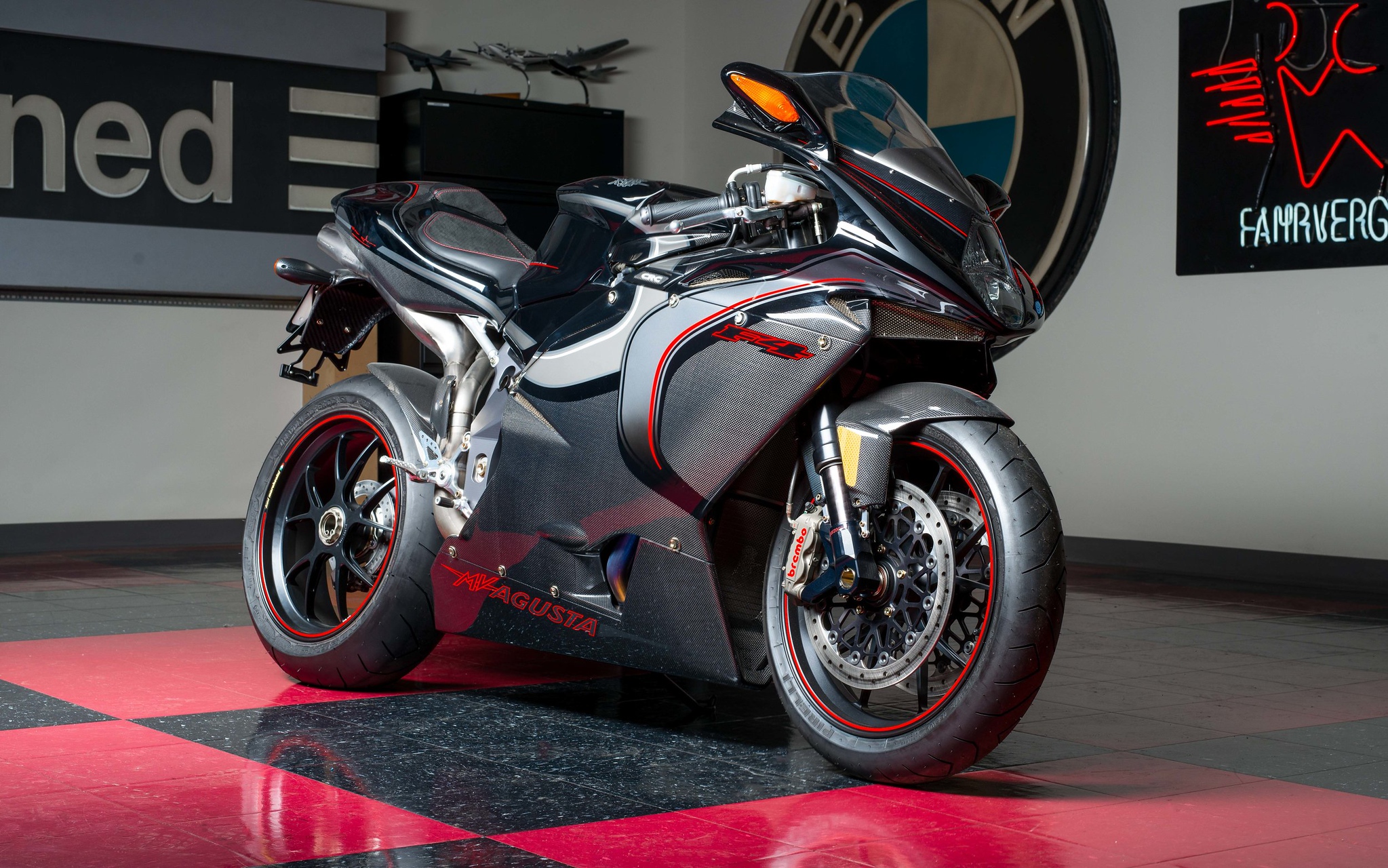