Click here for an CycleVIN Motorcycle History Report on this 2018 Aprilia Tuono. Additional photos are available here for your perusal. 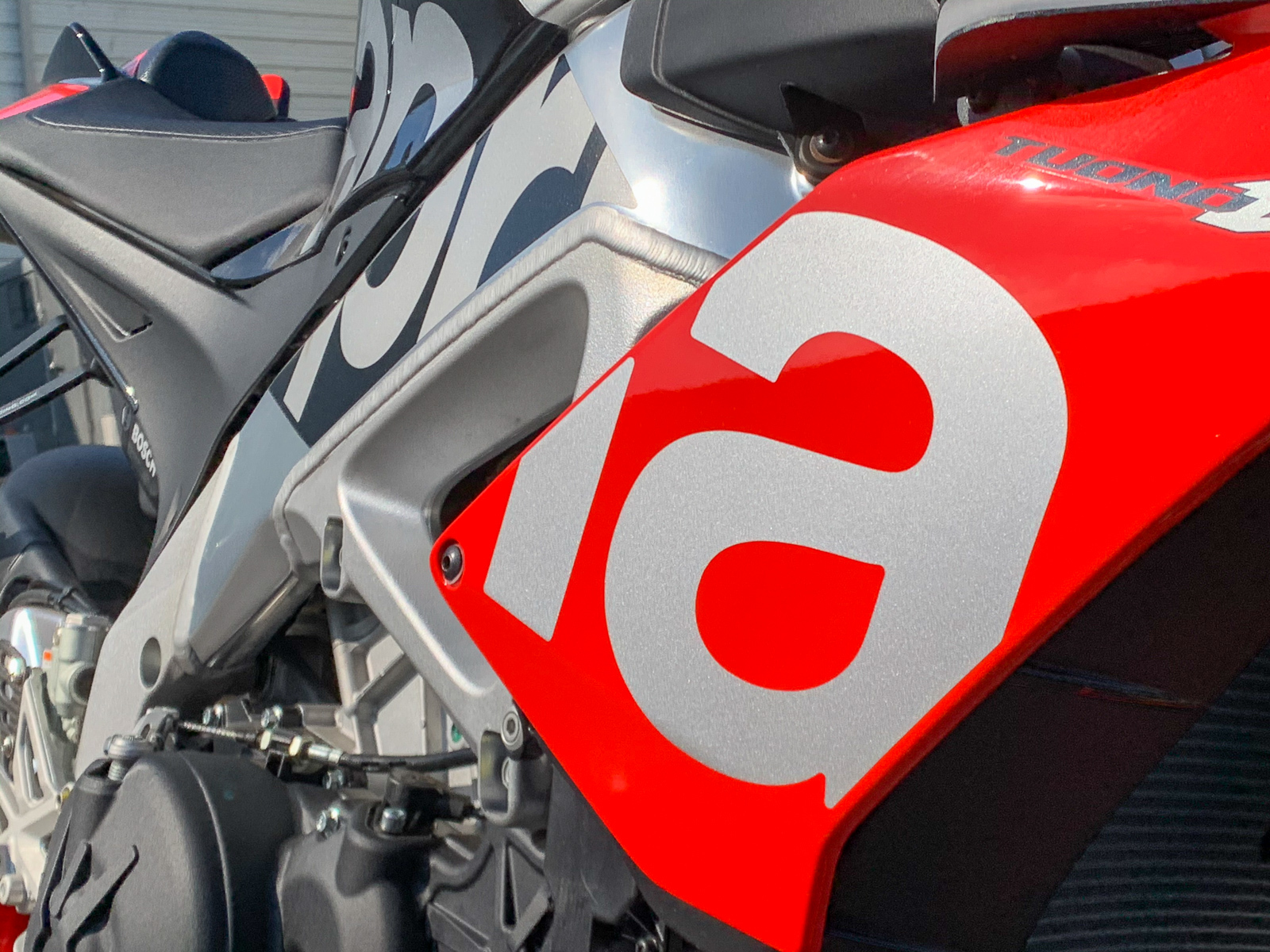 Aprilia introduced the Tuono just after the turn of the millennium, and the naked Italian superbike has remained an important model in the Noale firm’s lineup ever since. Just like with its full-faired counterpart, the Tuono V4 was well received by the riding public – a good-looking bike with a well-designed chassis, top-shelf components, and an exotic roaring V4 exhaust note that was purely sublime. The 1100 debuted in 2016 with an output of 175 hp at 11,000 rpm and 88.5 ft-lbs of torque at 9,000 rpm.

Helping keep the rubber side down was a much-improved electronics package. Known as Aprilia Performance Ride Control (or APRC), the advanced suite of electronics included eight-level traction control, three-level wheelie and launch control, three riding modes (Sport, Race, and Track), and a factory quickshifter. Each rider aid is adjustable on the fly via hand controls on the left bar.

Taking the already impressive Tuono 1100 one step further is the trick Factory-spec variant. 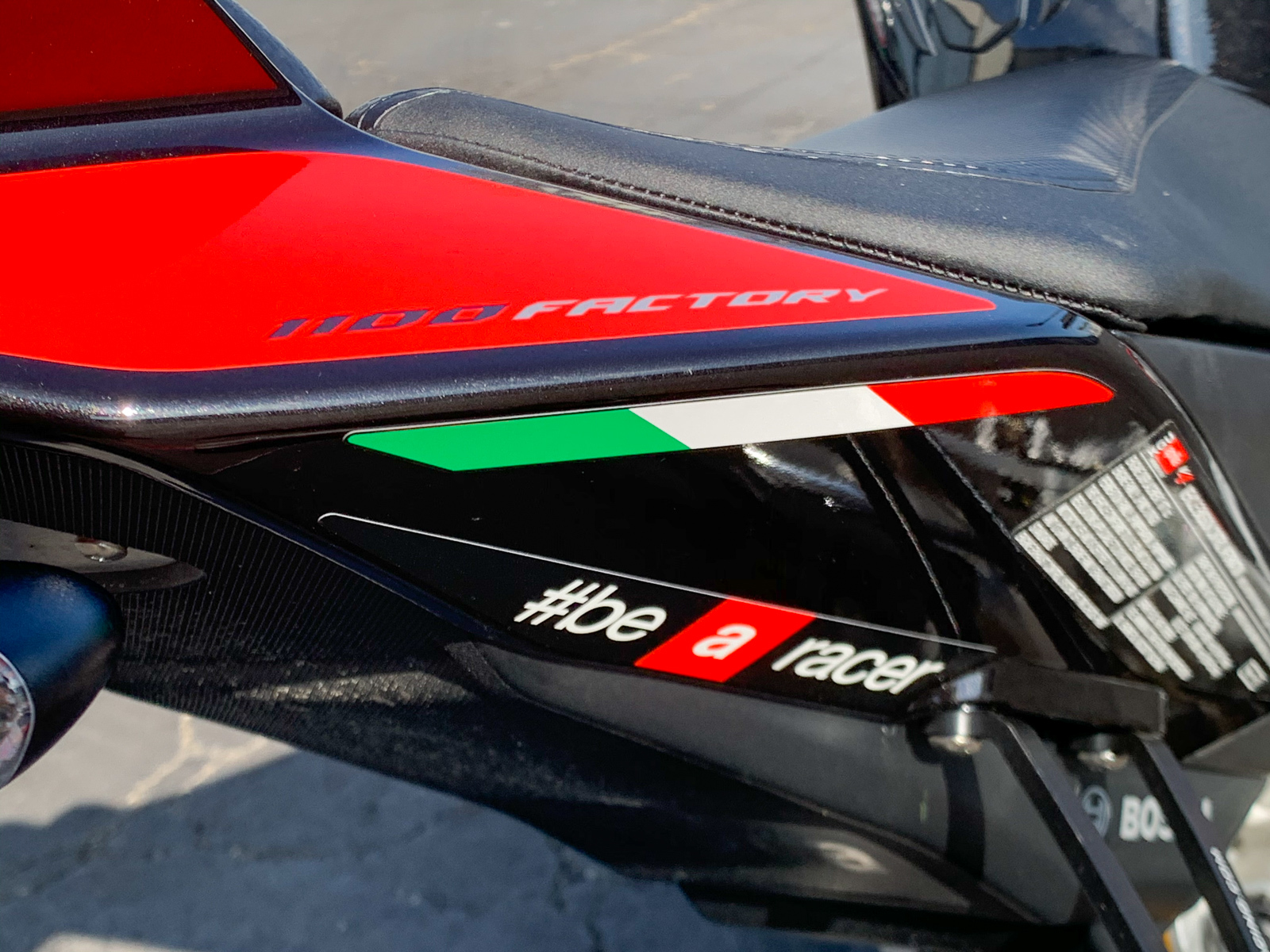 The Tuono 1100 Factory gets the same advanced engine and highly capable chassis as the base model, as well as being bestowed with top-of-the-line Öhlins forks/monoshock/steering damper, Brembo M432 monobloc four-piston calipers with revised braking characteristics, improved pads, and Bosch 9.1 MP cornering ABS. 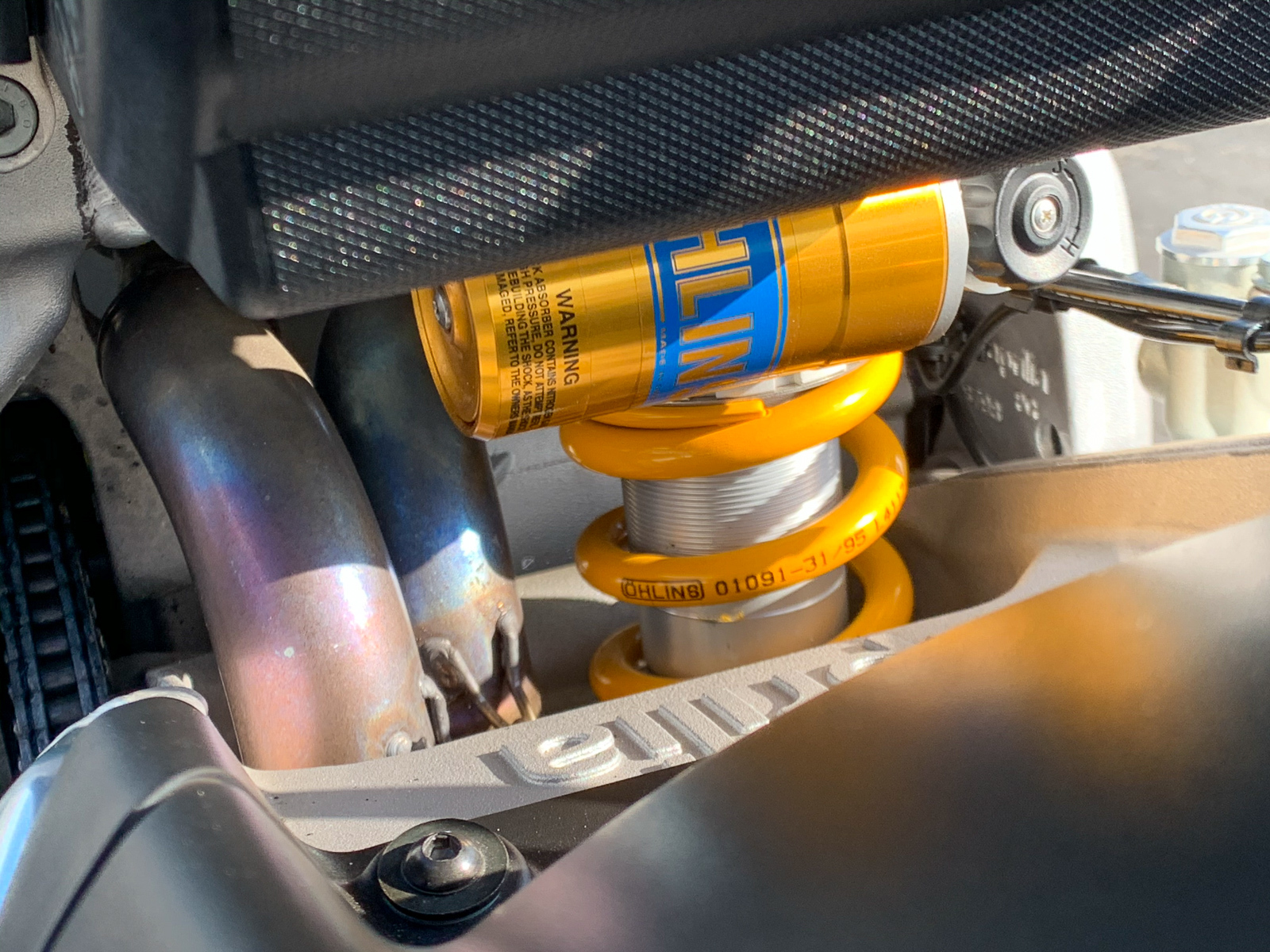 The seller of this example (VIN: ZD4KGUA0XJS000866, Engine #: V4L6667) acquired it a few months ago from the original owner as he was looking for “a new bike that I could do everything with and this was the one.” 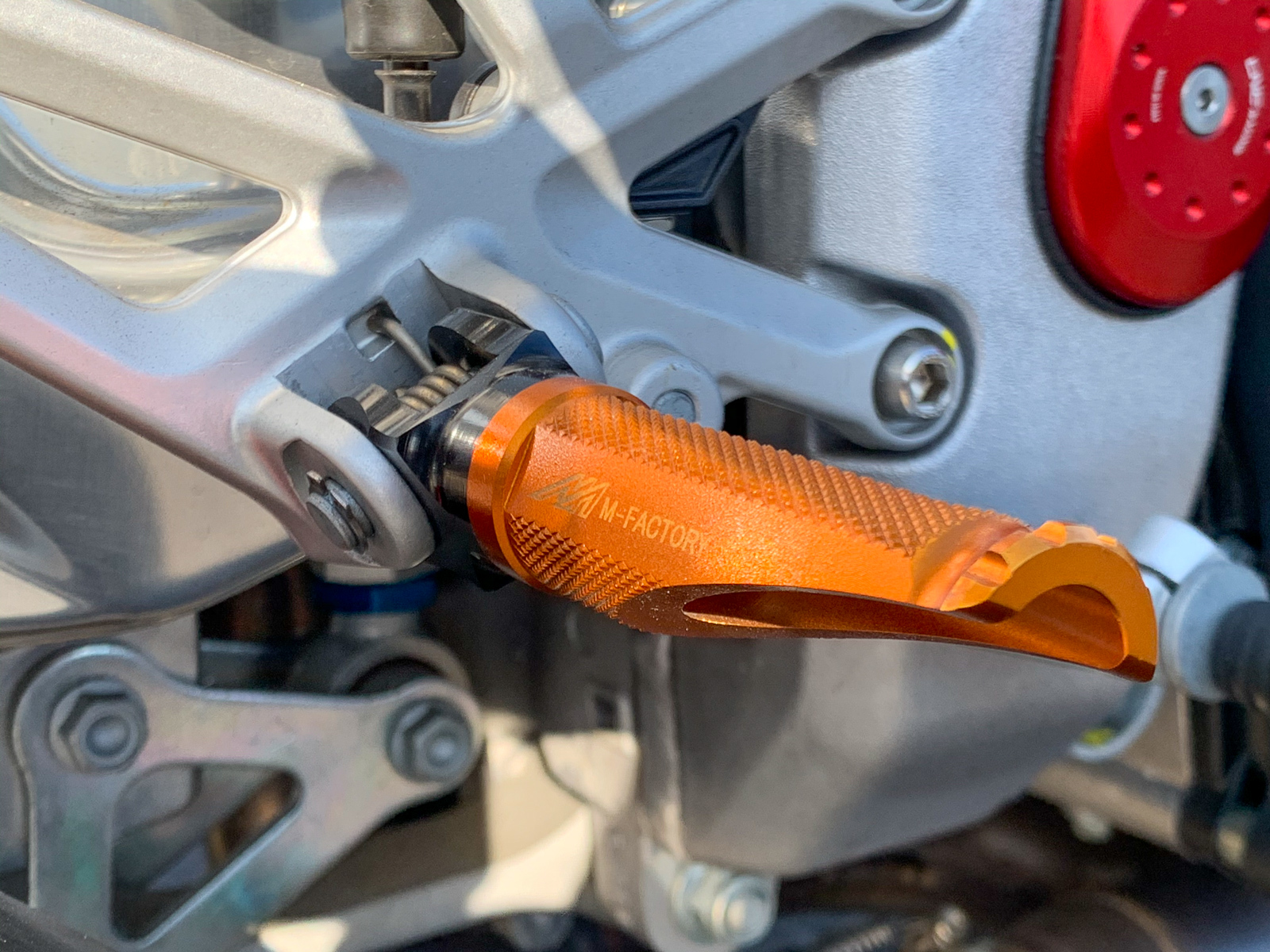 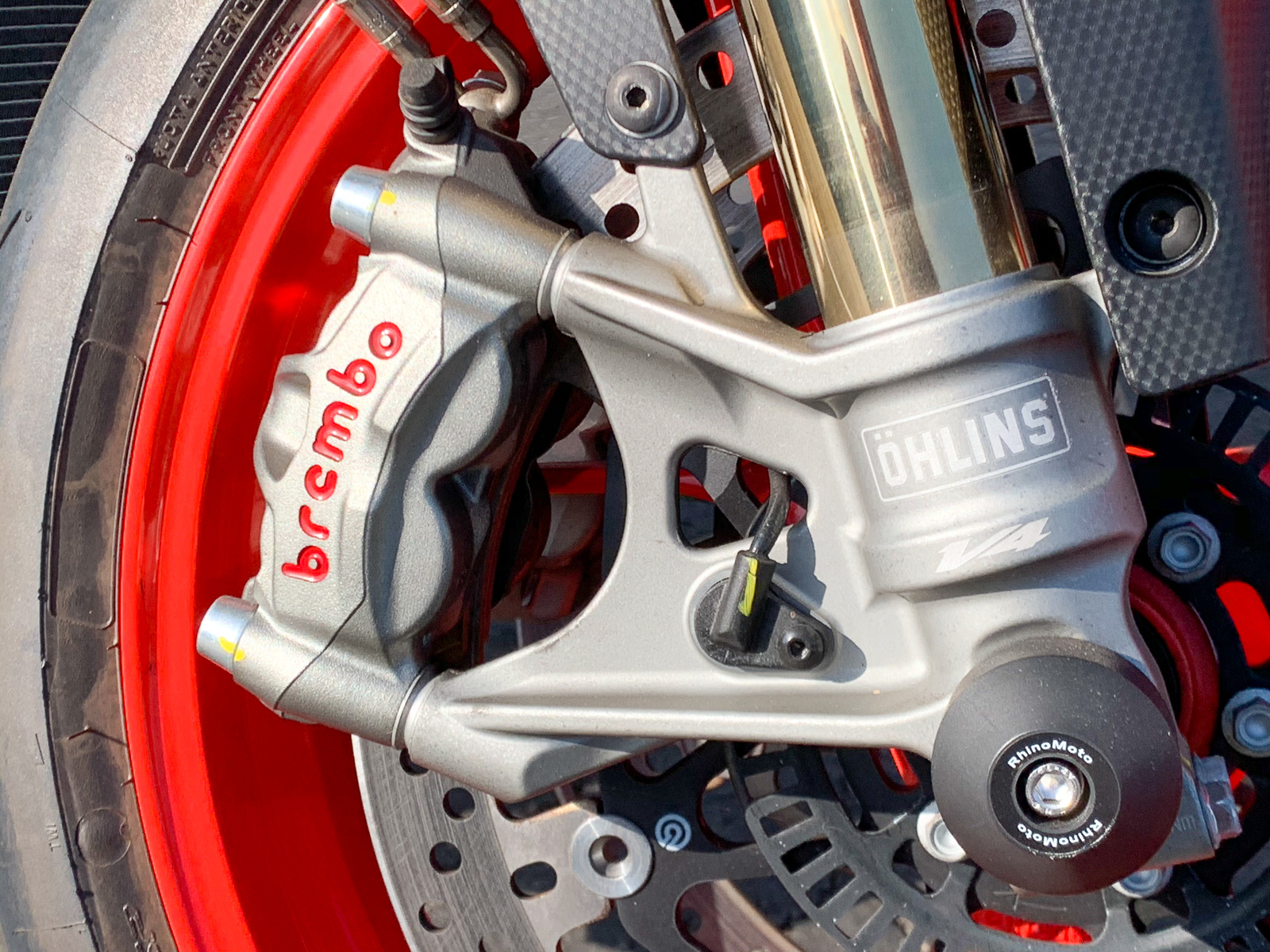 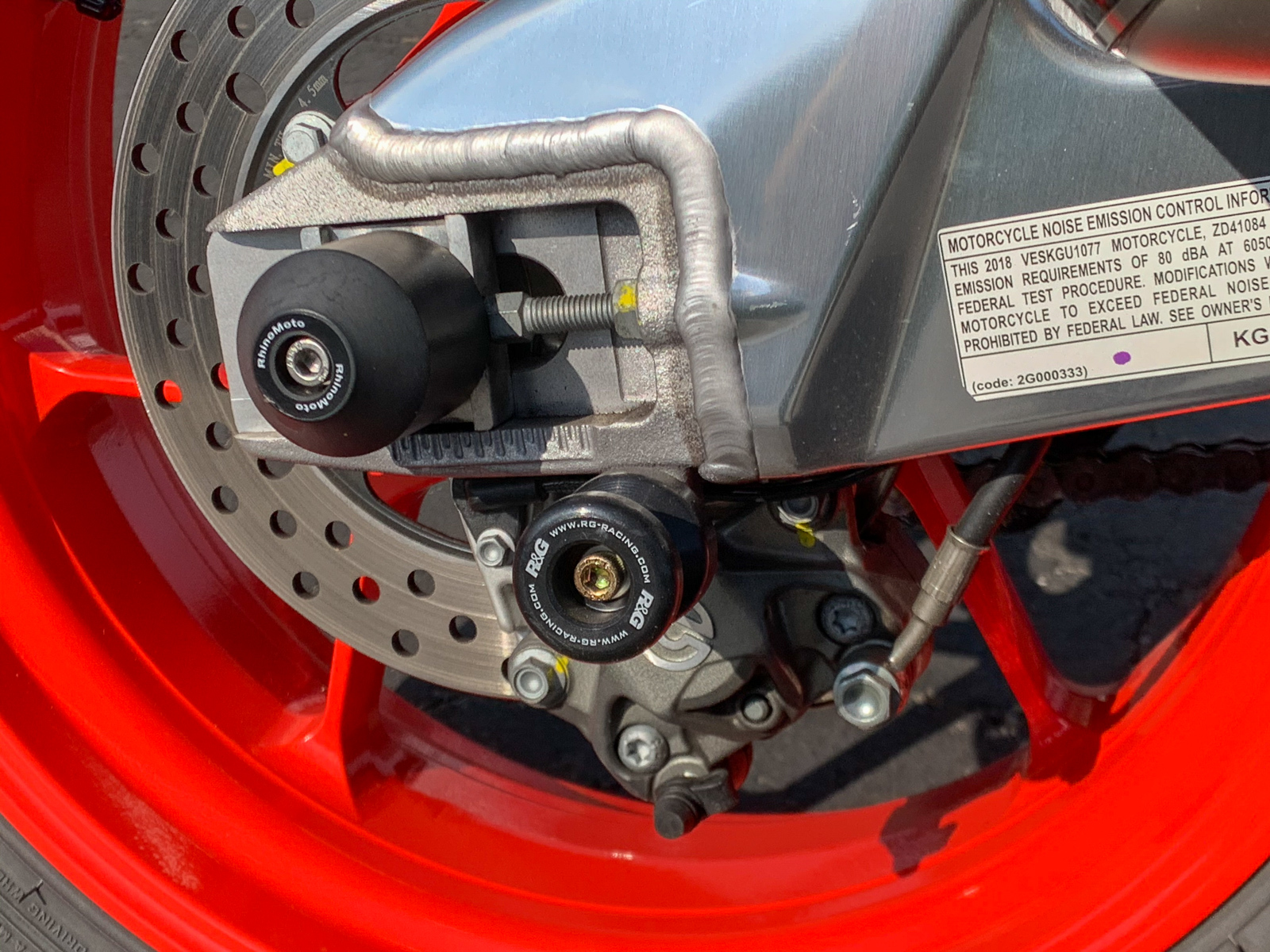 Akrapovic exhaust “with ECU change.” The original owner had it shortened by the dealer during the installation. 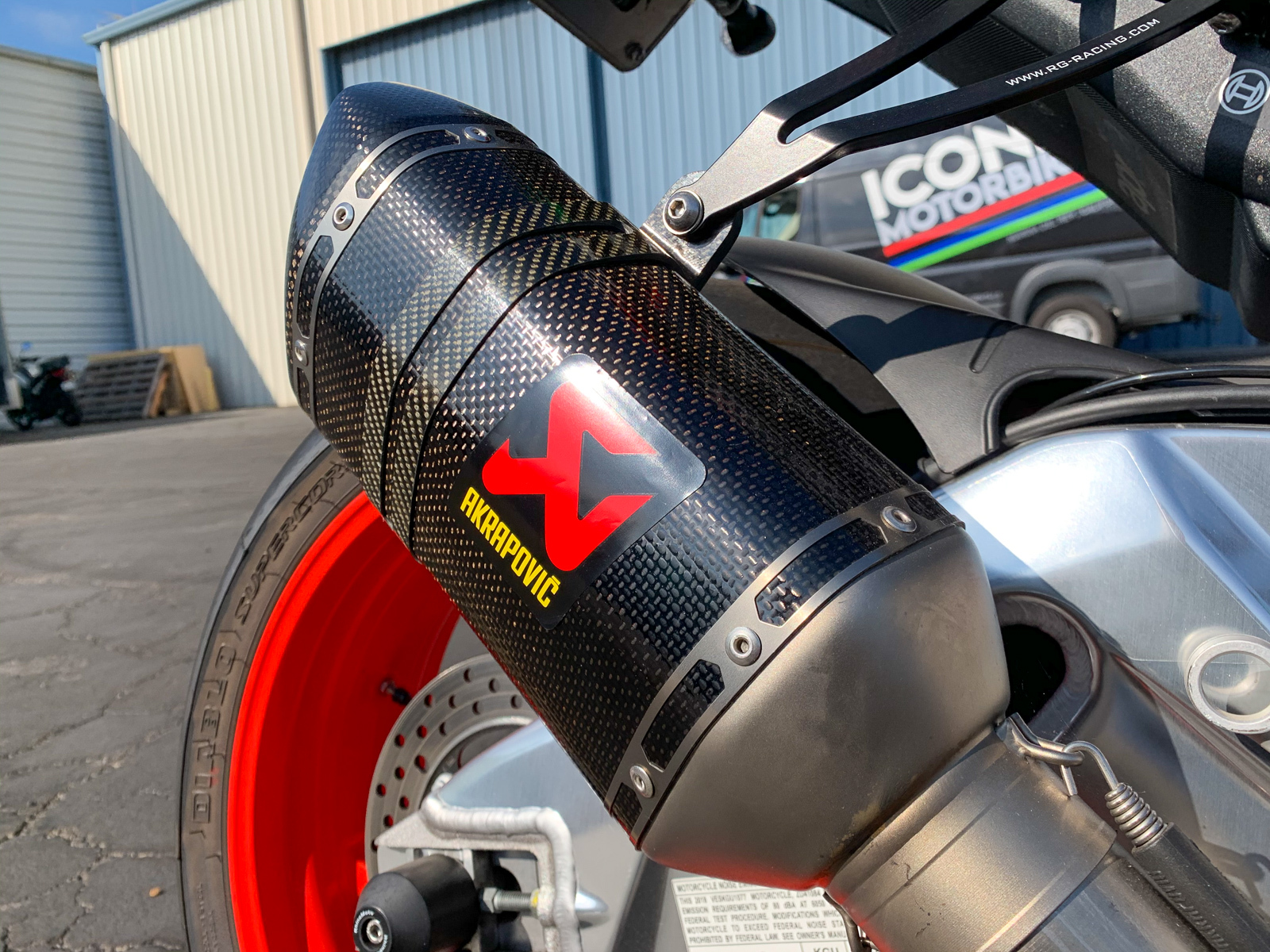 RAM mount X-Grip phone holder – the seller notes that “the optional USB connector has been installed for phone connectivity.”

The sale includes the pegs and rear seat pad. It recently had the first service and a brake pad recall performed by Pro Italia. 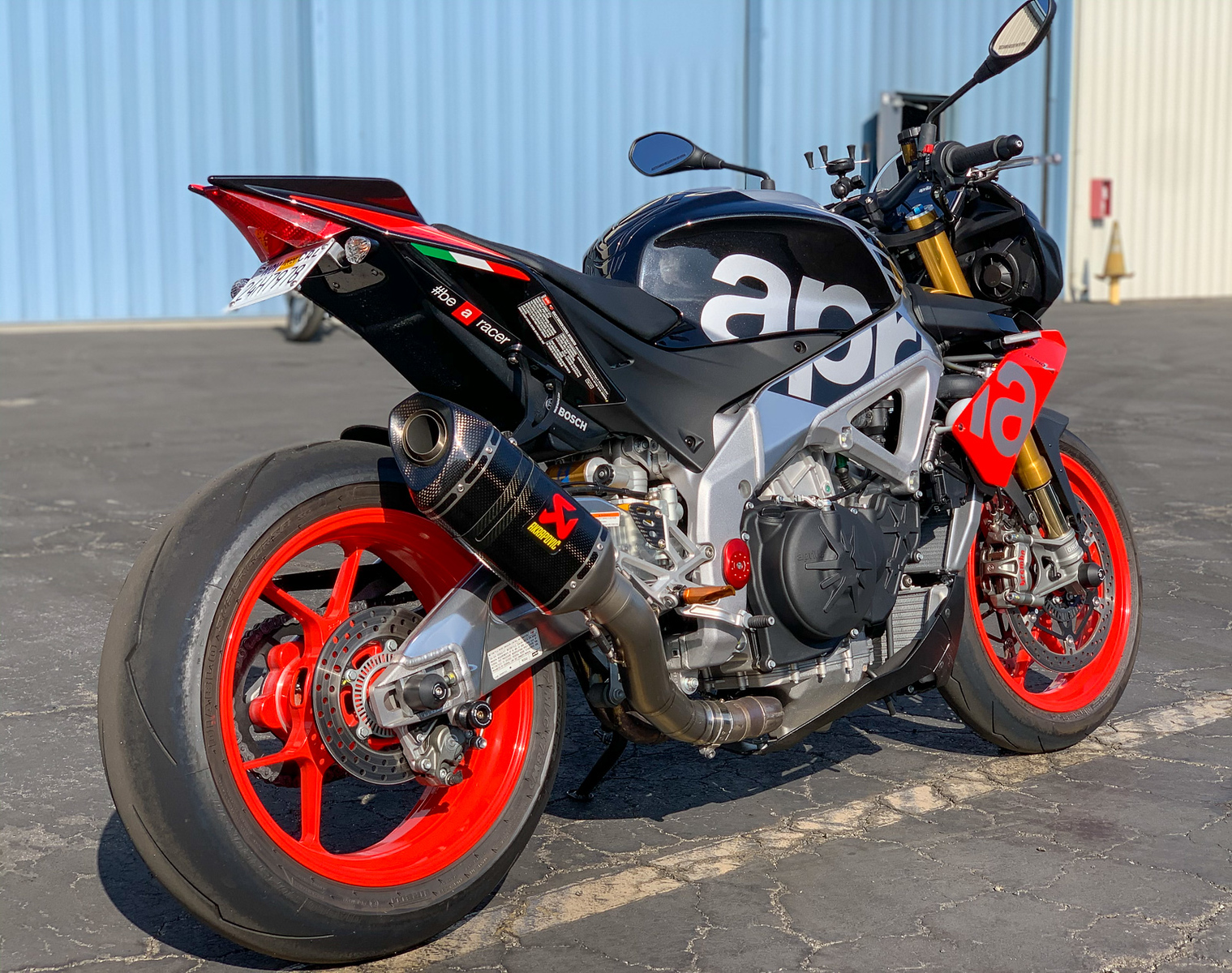 We note a small scratch in the front fairing.

Currently located at our facility in Santa Monica, California, this Tuono Factory is offered on a clean California title on Planned Non-Operation registration.

The seller is letting it go as he simply does not have the time to enjoy it enough, and he would like to use the proceeds towards vintage racing efforts. Have any questions about this listing? Let us know in the comments below!

I haven’t googled this yet. Does this mean anything more complicated for the new owner? Especially if not titling in CA?

Nothing more complicated for the new owner, the registration is current in California. PNO just means “that the vehicle will not be driven, towed, stored, or parked on public roads or highways for the entire registration year.”

OK thanks – that’s what I figured.