Constant competition led to quick improvements in the model line, leading to the MC21 generation that was unveiled in 1990. Timing of the RC Valves were now controlled by a PGM-III ECU, it featured the iconic Gull-Arm swingarm, close-ratio gearbox, and smaller wheel diameters, which dropped from 18″ to 17″. Performance enthusiasts were glad to hear that the “SP” model made a return, differentiated by the dry clutch, adjustable suspension, and gold Magtek wheels. 1990 SP’s had a Cabin Cigarettes livery, 1991s were adorned with a Pentax paint job, and 1992 brought back the legendary Rothmans scheme for 1,500 units. 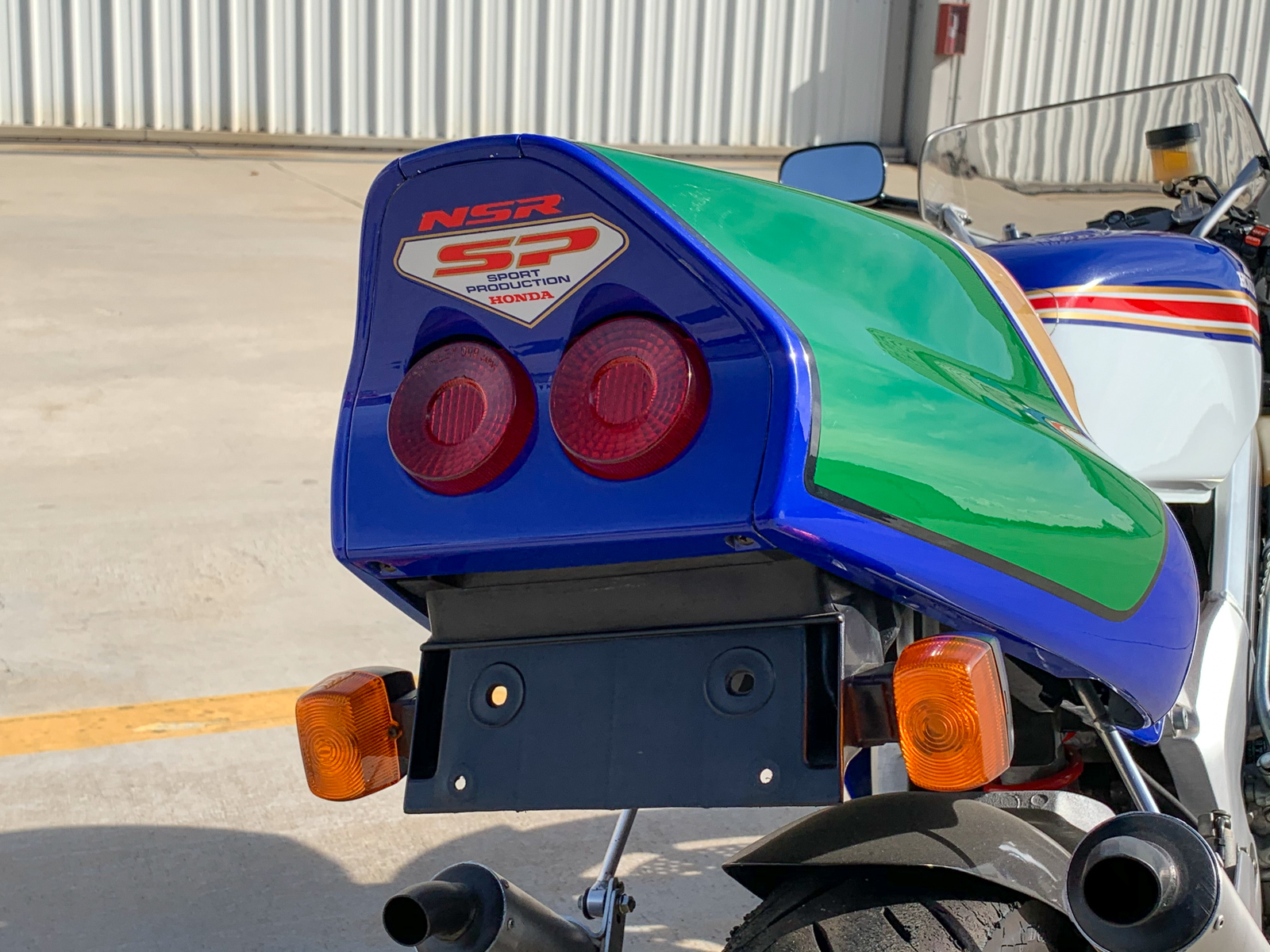 This Rothmans (VIN: MC21-1066306) has a Montana salvage title (on which it is titled as a 2000 model), which it unfortunately earned on a ride to the Rock Store. The bike had been in his possession since 1993. After insurance totaled it, the owner tore it down to the frame and restored it himself. If you’ve followed the Iconic Motorbike YouTube channel, you’ve probably seen the previous owner yourself – our acquisition of this bike was documented in Episode 1!

We still ride this beauty every once in a while, including a charity-focused trip to Ride for Kids:

Most recently it was at Willow Springs for the Alpinestars Friends and Family Trackday, which is how we can verify that it is in excellent running condition. 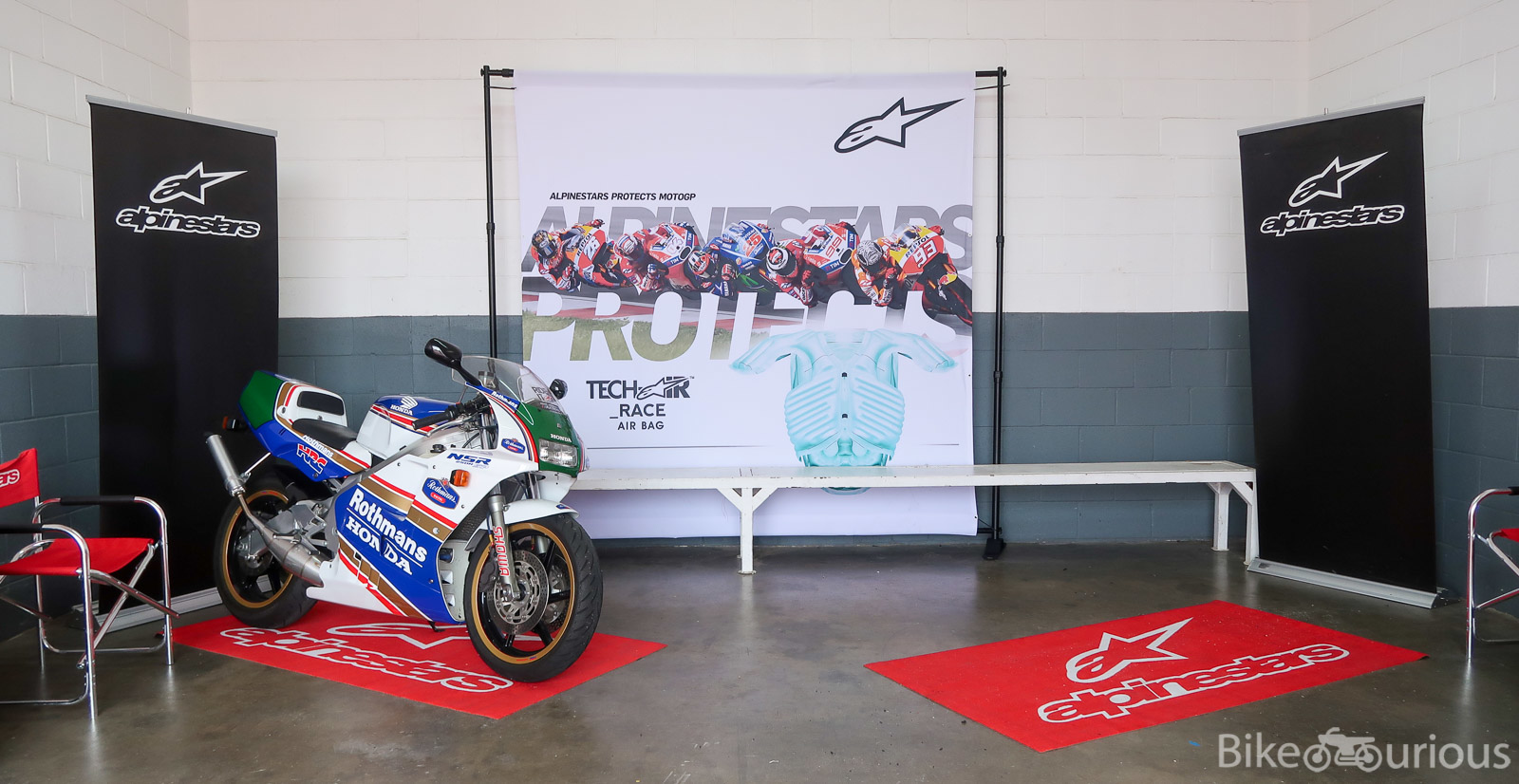 Upon seeing this bike, Australian stunt legend Robbie Maddison asked if we were “taking it back to Doohan“, and gave him thumbs up of approval. Nick Ienatsch walked by and said “now, that’s a man’s bike.” This little NSR gets more than its share of admiration and respect from those in the know!

We’ve seen a slew of gray market imports from Japan, and many (if not most) have oxidation and corrosion. Adam says this is the cleanest NSR that he’s seen before.

It’s not just lovely to look at, but it runs great and there’s several modifications to improve the performance – HRC airbox and filters, a Fox shock, and full Tyga side by side exhaust. In addition, it’s equipped with a KISS de-restrictor.

MC21 fans will notice that the wheels on this example have been custom painted. 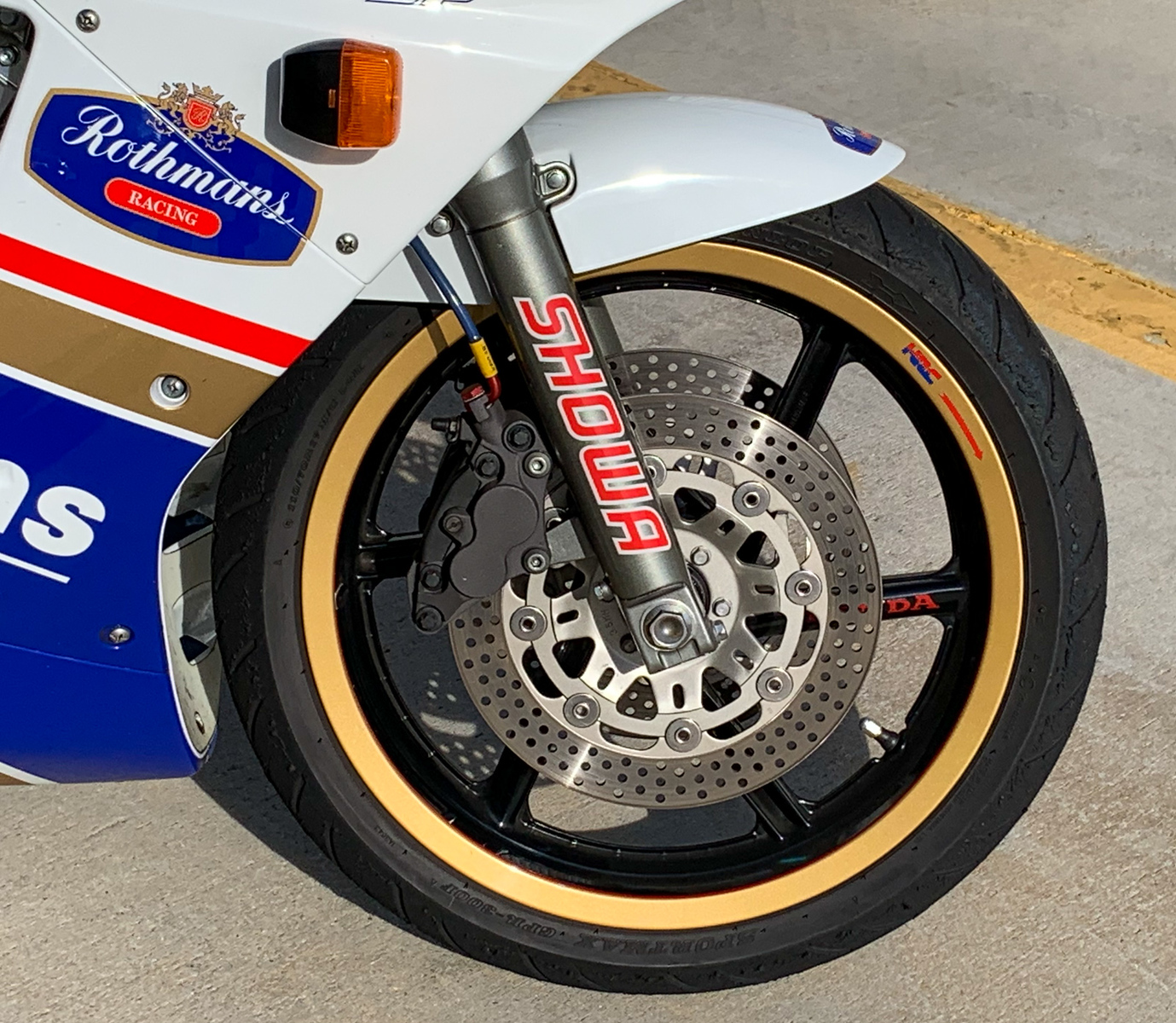 This Rothmans is a show bike that you can ride. The sale includes the stock pipes, stock airbox and stock needles. 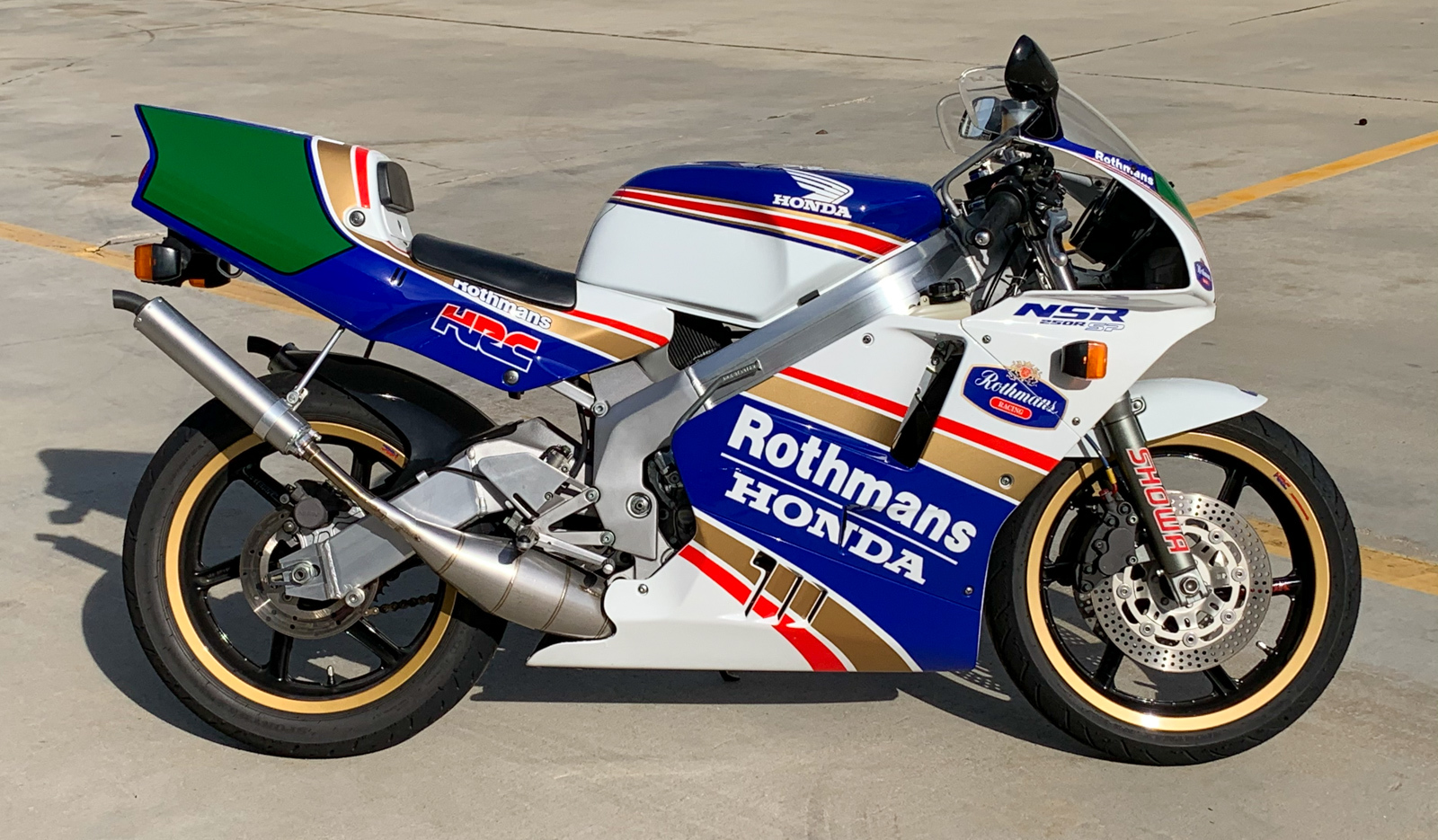 This Honda NSR250SP MC21 Rothmans sold on our classifieds for $12,000 plus fees. Congratulations!