Known as the “Monte Carlo Jiver”, this high-end custom cruiser features a vast array of one-off parts and high-performance hardware. Built as a tribute to Arlen Ness’ iconic customs of the ‘80s and ‘90s — such as his 1984 build, “Orange Blossom” — this exotic V-Twin was created by a who’s who of heavy hitters from the motorcycle and customs industry. The Monte Carlo was managed and overseen by high-end bike shop Jets Forever Motorcycles and it’s just one of many pieces of rolling exotica to leave the joint.

The custom’s bespoke bodywork was designed and built by Dave Batchelar of P&D Custom Bikes fame, with some assistance from custom builders Chris Nicholls and Davey Tanner. P&D enjoys something akin to legendary status in the modified cruiser world. Biker Magazine once said, “P&D Custom Bikes is about the closest thing we have to a national treasure in this country’s (England) custom scene.”

The elongated tank is a Parker unit, though Batchelar (and friends) are responsible for the build’s intake cover, oil tank, and front/rear fenders. Batchelar also handled the bespoke brackets for the Jiver’s aftermarket lighting and instrumentation. The custom paint job was carried out by Tom Fuller of the Surrey, England-based outfit, Image Design Custom. The build’s gold leafing was applied by Tom Fuller’s team member Mandy Smith under JETS’ Chief Jeff Duval obsessive instructions to reproduce Jeff McCann’s early gems. McCann ran a successful shop out of San Francisco and worked closely with Arlen Ness for years, even playing an instrumental role in the first Arlen Ness logo and catalog. 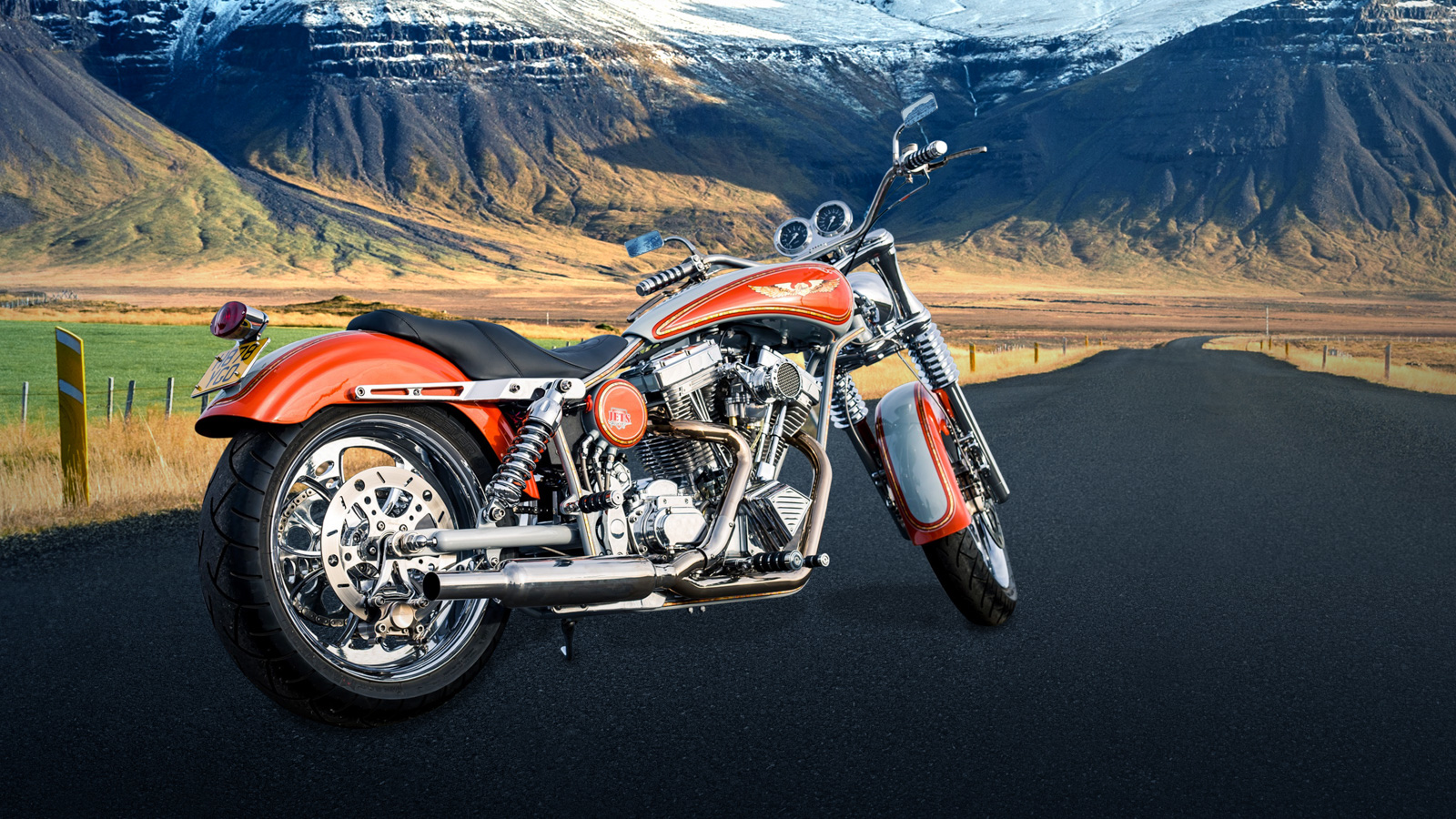 The crown jewel of the bike is its top-shelf 1,850cc (113ci) S&S V113 motor, which comes from the factory with S&S roller rocker arms, chrome-plated billet gear-cover, tappet guides, and die-cast rocker covers, as well as S&S’ electric compression releases and High Volume High Pressure (HVHP) oil pump. The American-made mill puts down 103.7 hp and a whopping 115 ft-lbs of torque (when fitted with S&S cam, carbs, and Thunder Header exhaust). 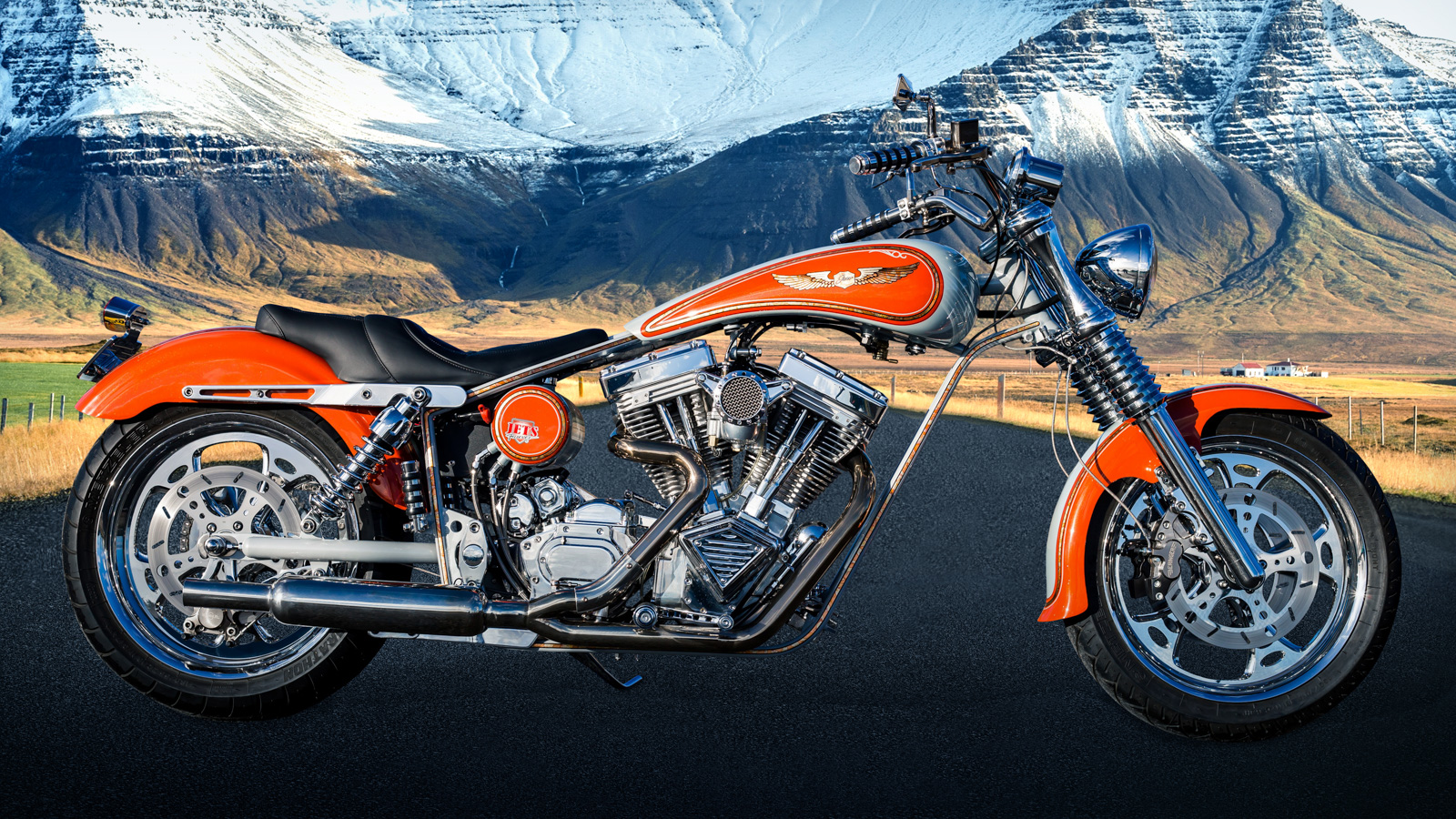 The build’s engine is paired with a BDL Narrow Belt Primary and a six-speed Baker gearbox. Housing the S&S motor is a custom 7/8″ chromoly tubular chassis and matching swing-arm built by John Parry of the UK’s Cobra Frames. A well-respected name in the chassis game, Parry’s wares are shipped all over the world and have been featured in some of the biggest cruiser publications in existence.

Tacked onto the one-off frame is a set of “Ness Massive” forks slotted in custom CNC’d triples up front, and a dual shock setup out back. Stopping power comes from a Beringer brake setup with custom, polished stainless dual 292mm discs from Rick’s Motorcycles. The entire build rides along on a set of custom-machined 18-inch wheels from Randy at Oklahoma’s Southern Machine Co. (formerly known as Southern Motorcycle Works).

The bike’s “Monte Carlo Jiver” name stems from a wild night that occurred on a trip the builder took to Monaco. The body and framework are immaculate, the paint and gold-leafing look like it was done yesterday, and the torquey S&S mill at the heart of the build is in excellent condition. The Jiver has covered 1,500 miles and it is currently located in Wimborne, England.

This is more than just a one-off V-Twin, this is a tribute to the expressive and highly personalized freedom machines that helped to usher in the modern chopper movement. If you’re looking for just another Harley, look elsewhere. But if you want a genuinely custom-built bike from some of the most respected names in the industry, then look no further.