Come back in time with us to pre-COVID days when we were all allowed to hang out with each other. Last September we had some bikes from a collection arrive at the shop and we thought it’d be fun to invite friends over to open up crates with us!

All the crates were moved out into the parking lot in advance, so this is what people got to see when they first arrived. 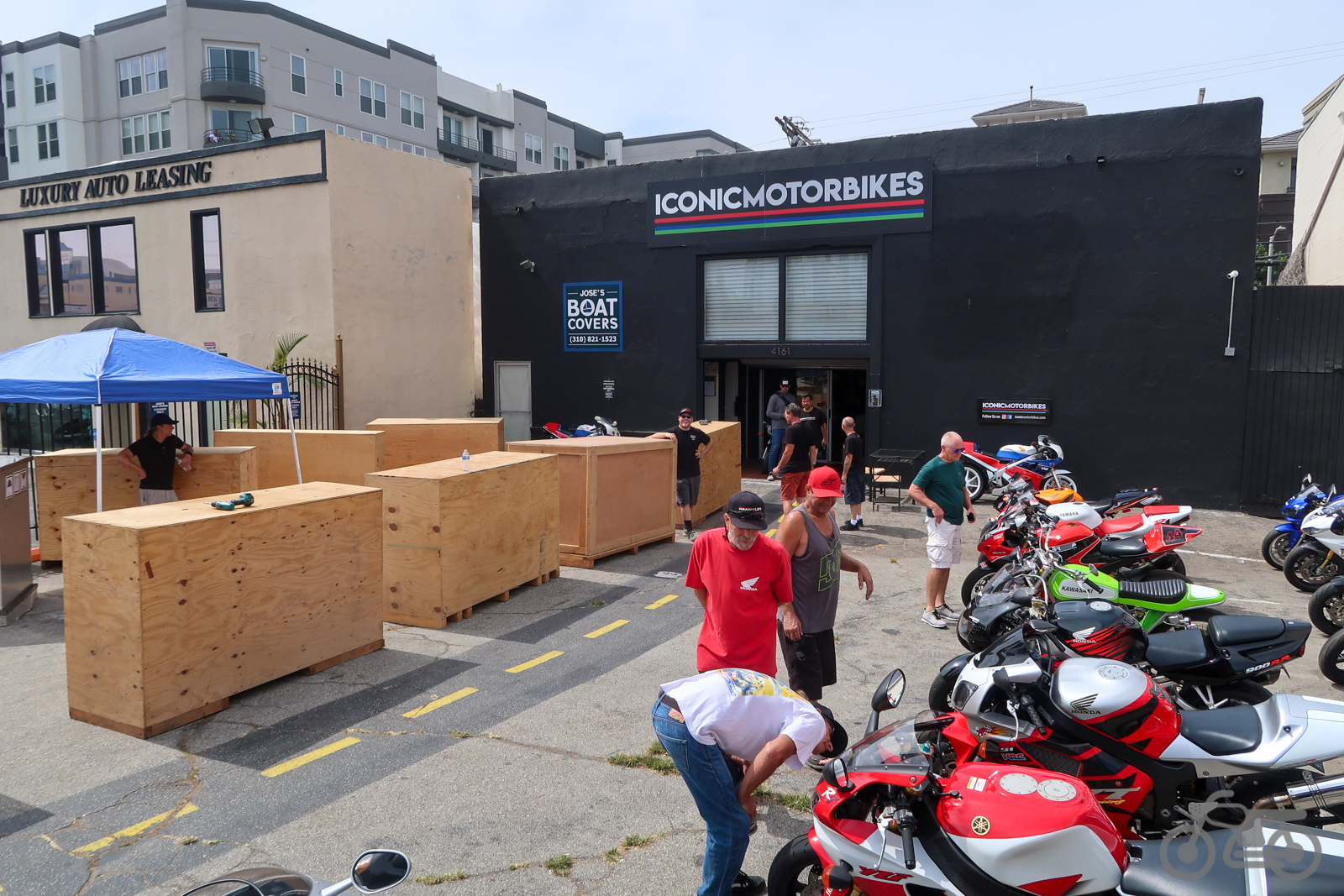 As the parking lot was full, our guests had to park on the street.

The helmet livery of a CBX rider. 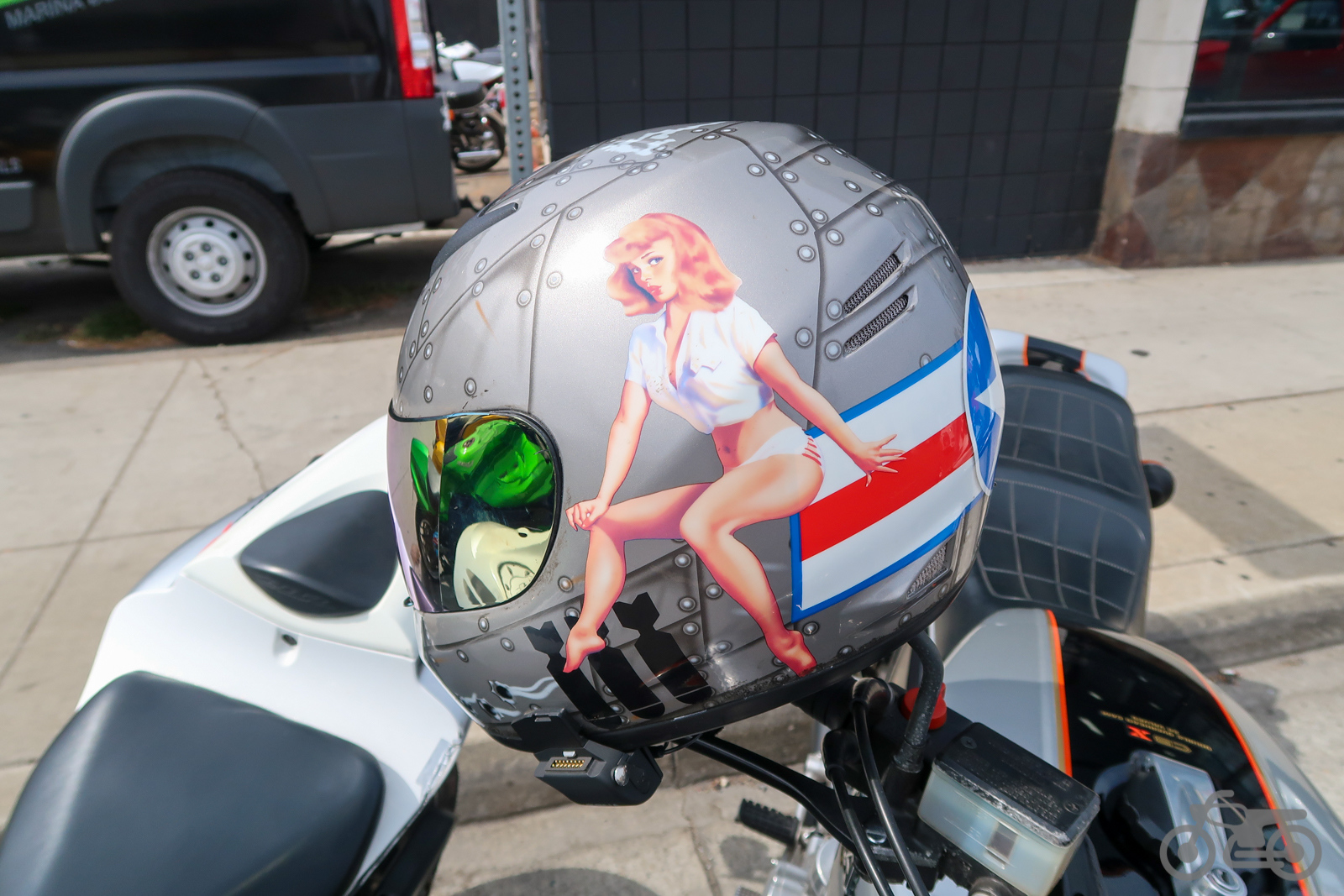 Inside the shop, we were showing the most recent MotoGP race – what a performance by Fabio Quartararo!

Finally, it was time to open some crates.

It’s the fuel-injected model and it has 0 miles! 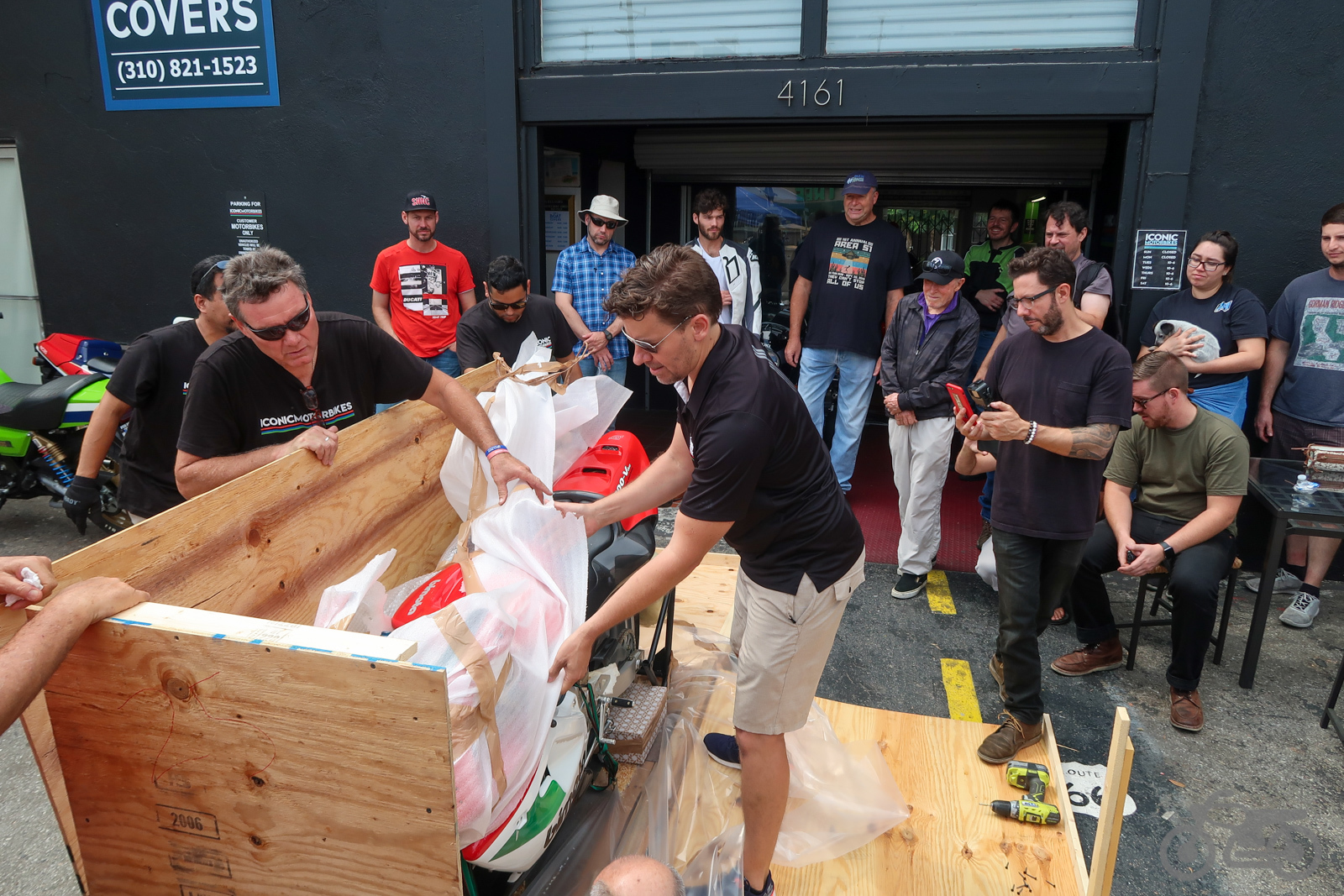 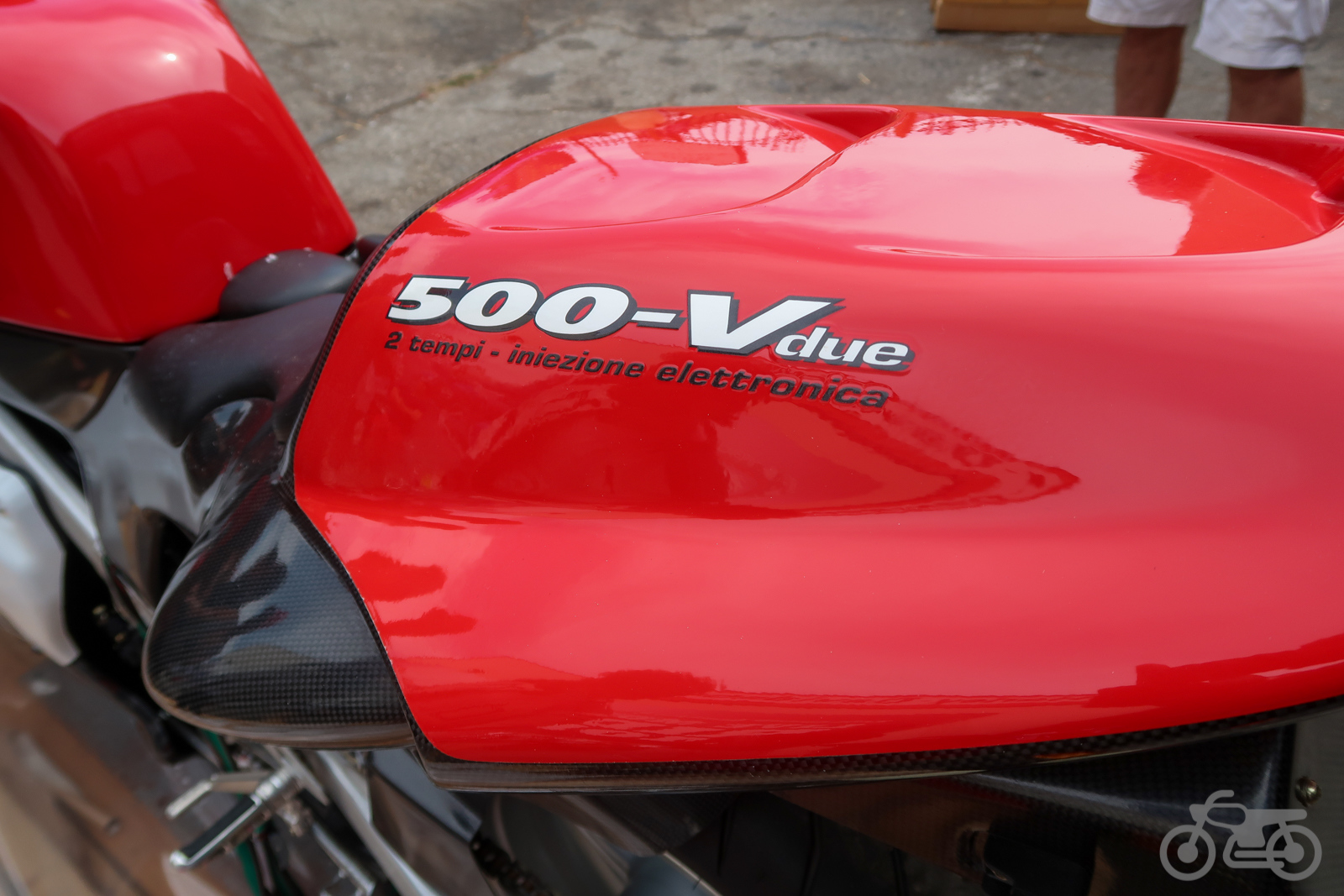 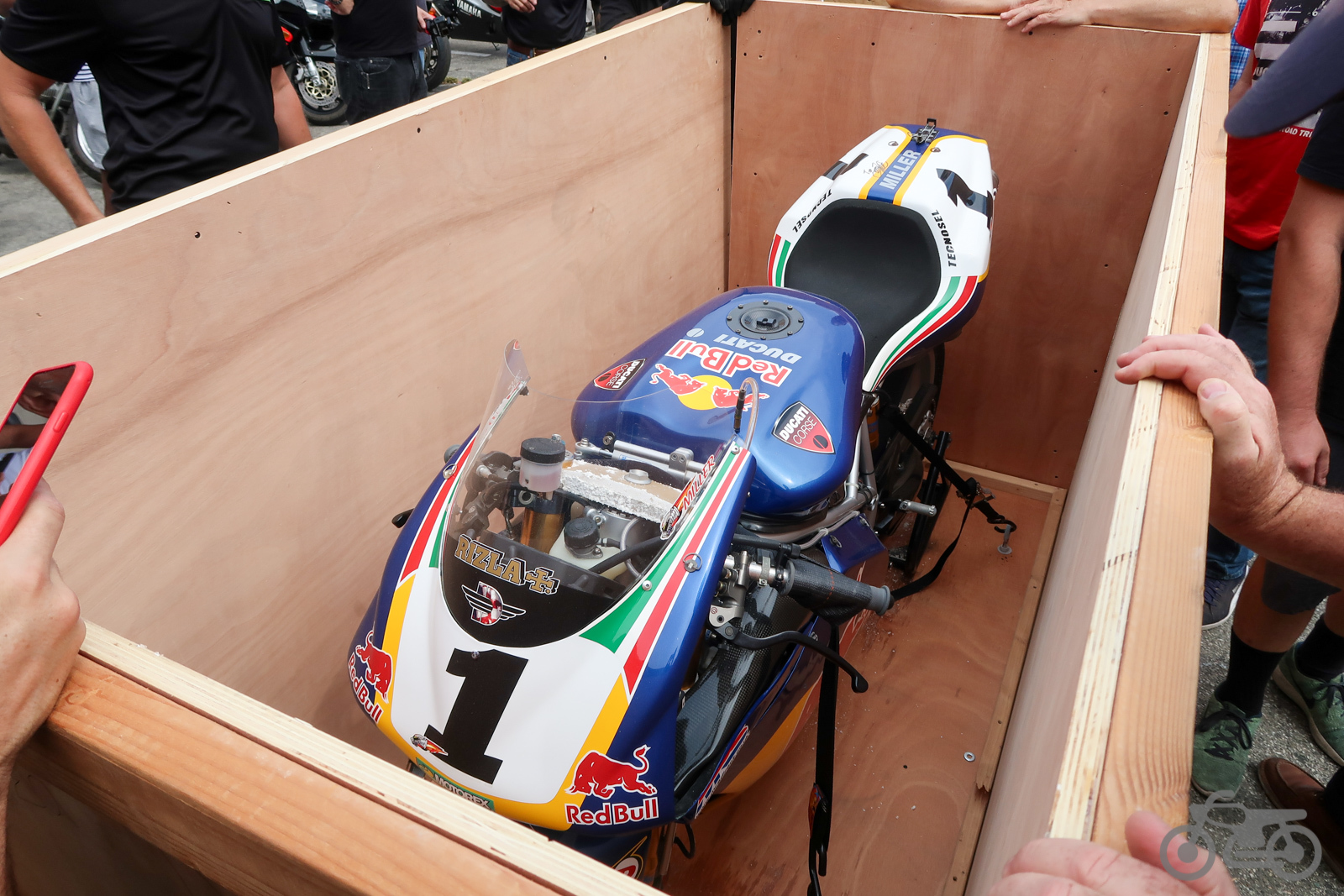 Unfortunately, it has suffered from quite a bit of magnesium corrosion!

I put the camera down and helped uncrate a few of the bikes myself.

This is what it looked like about halfway through.

A personal highlight was this Ducati Supermono.

It’s already been sold to Graham Rahal, who competed with number 15 in IndyCar so this one’s extra special for him. It was easy to feel spoiled, but thankfully our guests were still excited with each crate that we popped open. 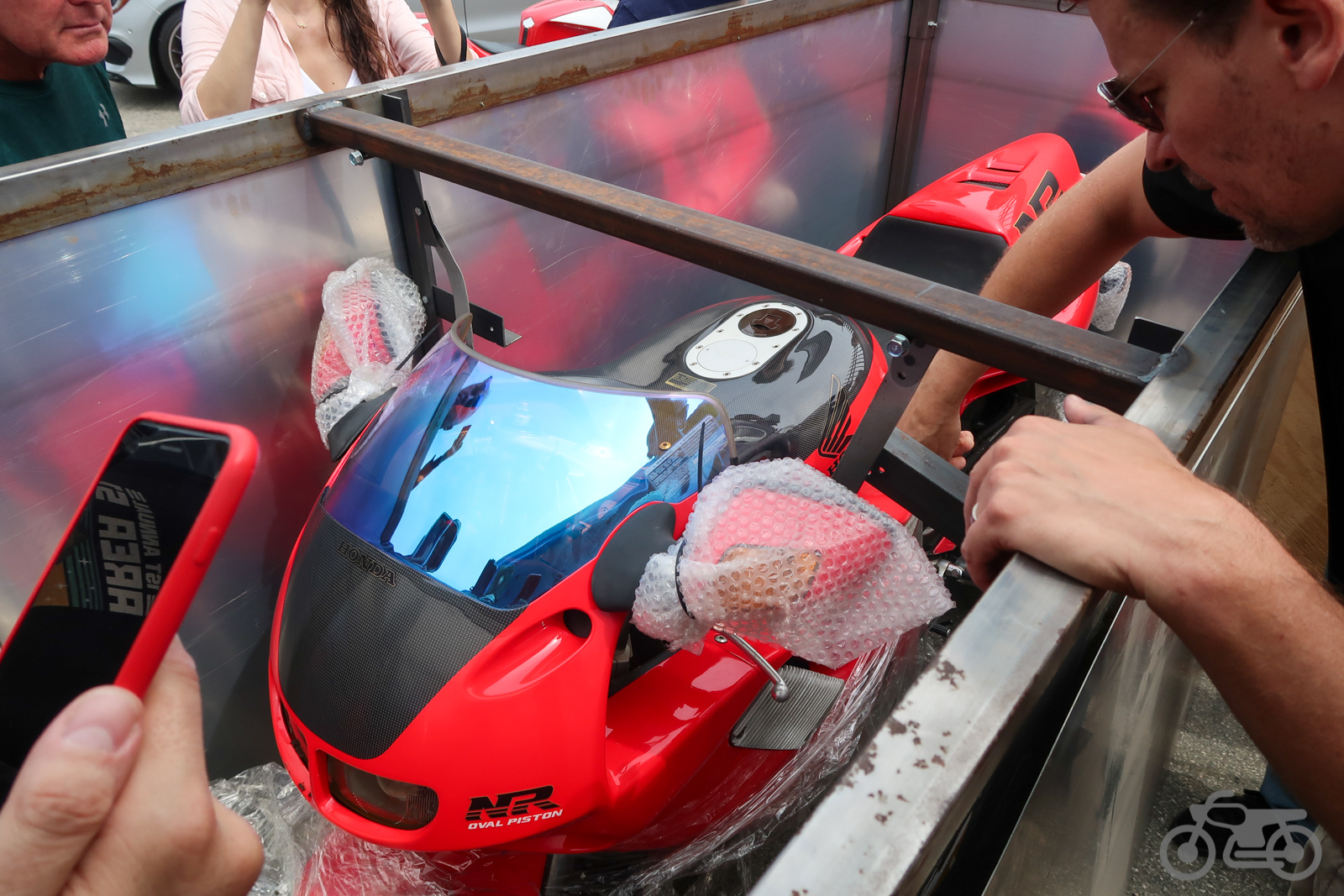 It was in a different crate and it proved to be quite a pain to free.

We waited till the event was over to get the NR out of the crate.

Our buddy Glenn stopped by with a few more oddballs for us to sell. Glenn loves the Rothmans livery (earlier in the year we auctioned off a Honda EZ-9 that he had painted in a similar scheme), so here’s a better-than-average pitbike with the paint job.

He also brought by a Honda RC51 that was originally acquired to send to Tyga, but that’s no longer in the cards so we’re auctioned it off, too. It’s a beautiful, low-mileage ’05 model in black with Sato pipes.

But BY FAR my favorite thing that Glenn brought by was this Yamaha YSR50 sidecar! After the event had ended and the parking lot was mostly cleared up, I had to take Sandro around for a quick spin. I’m in love with this thing. 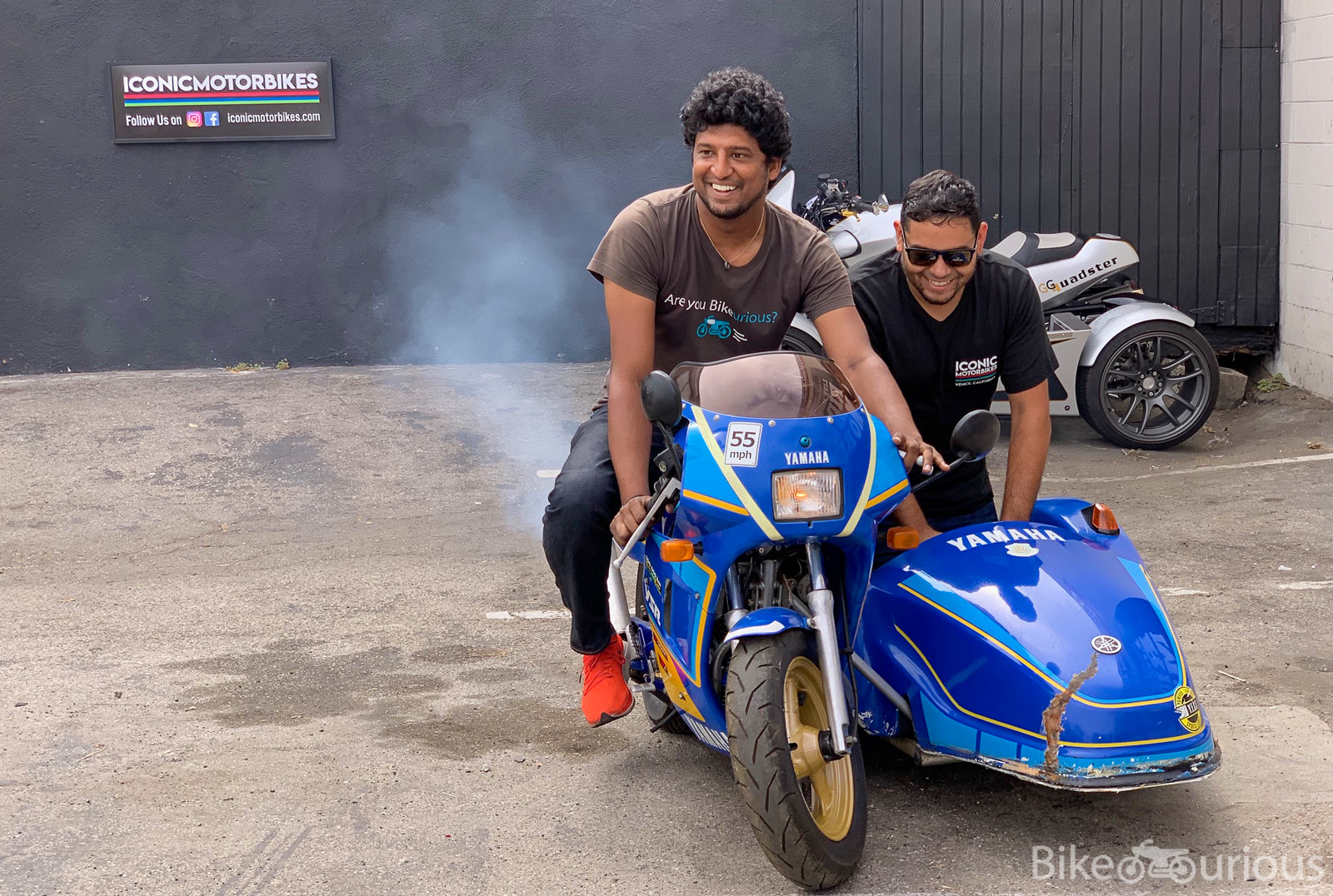 I’d be remiss if I didn’t show off a buddy’s new dog before I wrap things up. This is Bo (named after Bo Jackson). 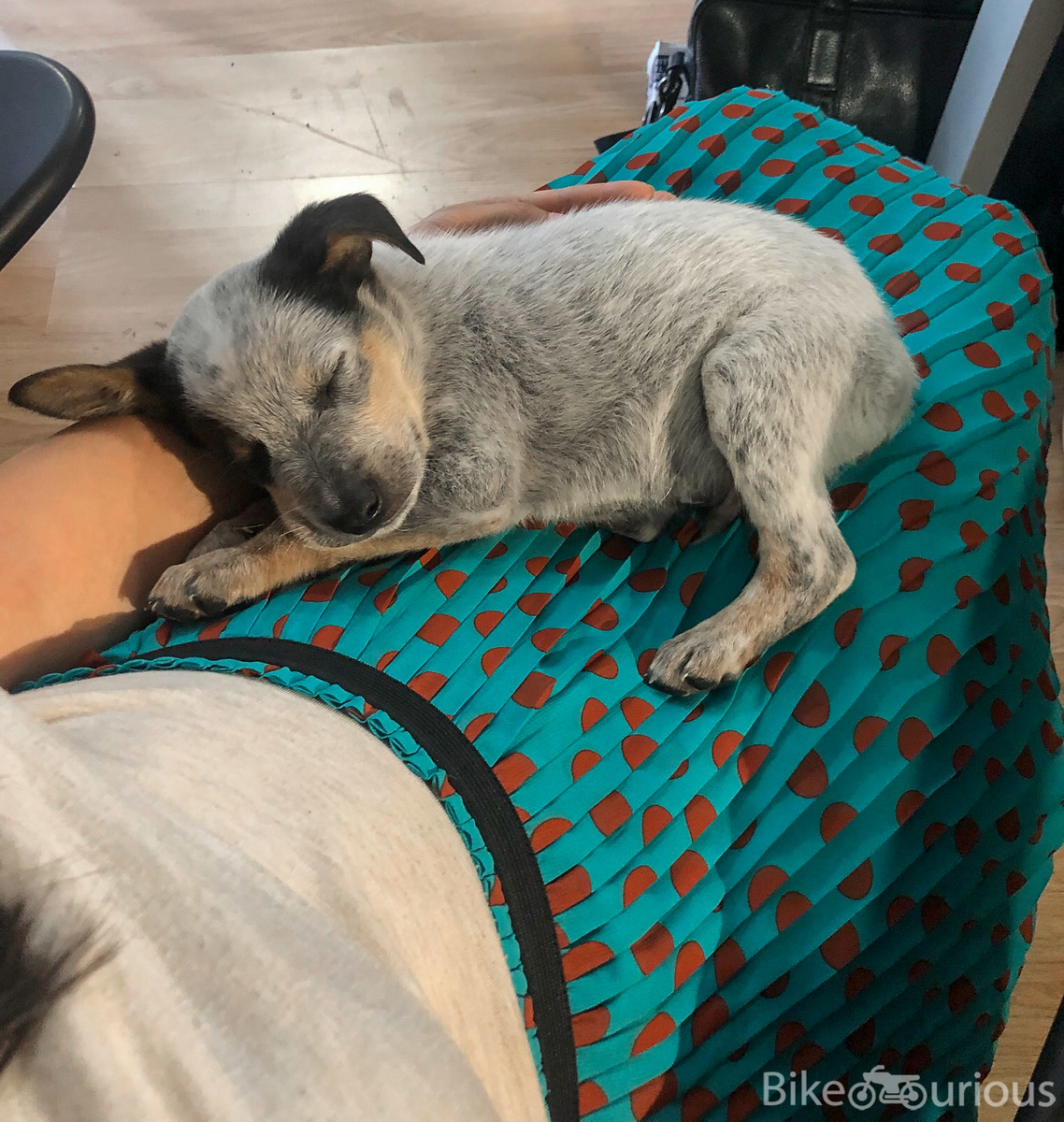 Adam was quite excited about the new bikes – I hope you are, too! If you’re local, feel free to come by the shop (4161 Lincoln Blvd, Marina Del Rey, CA 90292) and check them out up close yourself. We always look forward to seeing you!