Additional photos of this Marsh Metz are available here for your perusal.

The history of motorcycles built in the USA is dominated by Harley-Davidson and Indian, however the title of the first American-made bike belongs to the Waltham Manufacturing Company, which was founded in 1893 by Charles Herman Metz. His first creation was called the Orient, and it evolved from a motorized bicycle that Metz created to act as a pace vehicle for his bicycle racing team. He realized that his motorized bicycle could be appealing to the general public, and the Orient was so successful that Metz left Waltham to start the Metz Motorcycle Company in 1902.

By 1905, Metz merged with the Marsh brothers to create the American Motor Company, and their models were sold under the name of Marsh-Metz. They had several achievements, the most notable of which may have been the first 90-degree V-Twin motor in the US. The company also sold motors to other aspiring manufacturers, but eventually Charles ended his time at M-M and moved on to automobiles. 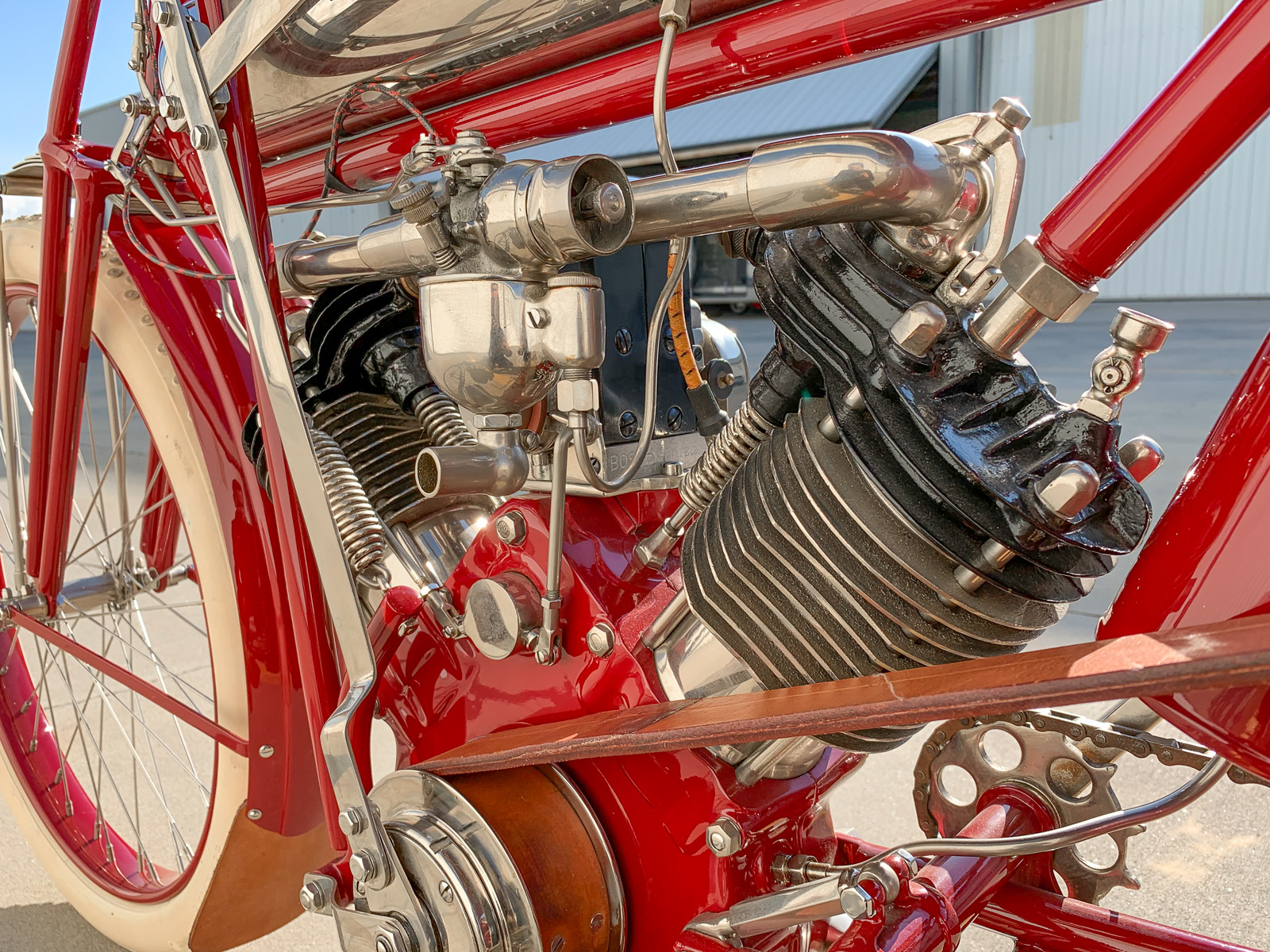 This Marsh-Metz has gone through a restoration, however the owner acquired his collection through various auctions and we’re sorry to say that details on provenance and who handled the restorations are basically non-existent. However, if you recognize the bike or the craftsmanship, we would love to hear from you! It presents impeccably, and has not been ridden since the restoration was performed.

This is not only a piece of American motorcycling history, it’s a beautiful machine that you can stare at for hours – try not to get lost admiring the details of the belt final drive, springer seat, and the nickel finish of the gas tank!

After the auction ended, the second highest bidder and the seller agreed to a price of $92,000 including the buyer’s fee. Congratulations!

Vote Up0Vote Down
SOLD FOR:
$92,000
6 Bids
This Auction Has Ended
Reserve Met