Additional photos of this Navy Cushman are available here for your perusal. 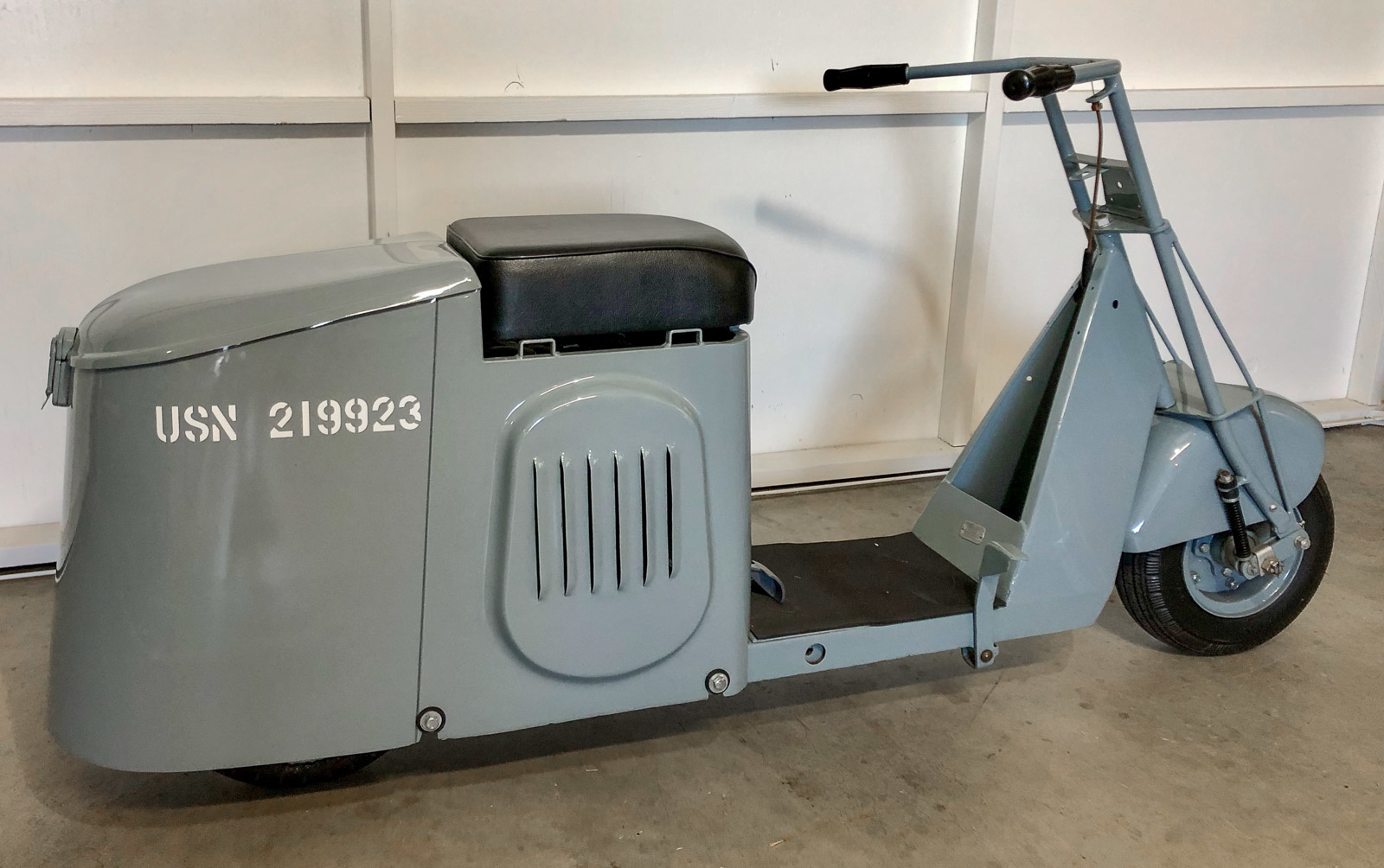 One of the many companies involved with the US war effort was Cushman, a scooter company founded in 1903 in Lincoln, Nebraska. While they’ve had a long production run with a variety of vehicles, the firm is best known for scooters that were often utilized by the Armed Forces. The Model 53 was an attention grabber as it was designed to be dropped out of planes with a parachute, but the 30 Series scoots were more commonly encountered by troops as they were frequently used for messenger services and other internal functions. The Model 32 differed from the 34 in that the former has a centrifugal clutch while the latter has a 2-speed transmission with clutch.

This example was discovered in a garage in Point Loma, California, and it’s believed that it was in service at the Naval Air Station San Diego (now known as Naval Air Station North Island on Coronado Island). Logan Calkins and Joshua Riddell set about restoring it, starting by digging under multiple layers of paint to find the original Navy registration number.

The body is original, and the restored motor is believed to be the original 4 horsepower Husky with a centrifugal clutch. The engine tag was left unrestored. We cannot specifically guarantee that this was utilized during WWII service as there are no paper records – the seller confirmed with the National Archives that they destroyed old records for small vehicles. With that said, the original paint, engine tag, and certain details such as the round kickstand (used specifically for war effort Model 32s) and lack of holes drilled in the bodywork (war effort models on bases didn’t have lighting) suggest that this is indeed some glorious Americana. 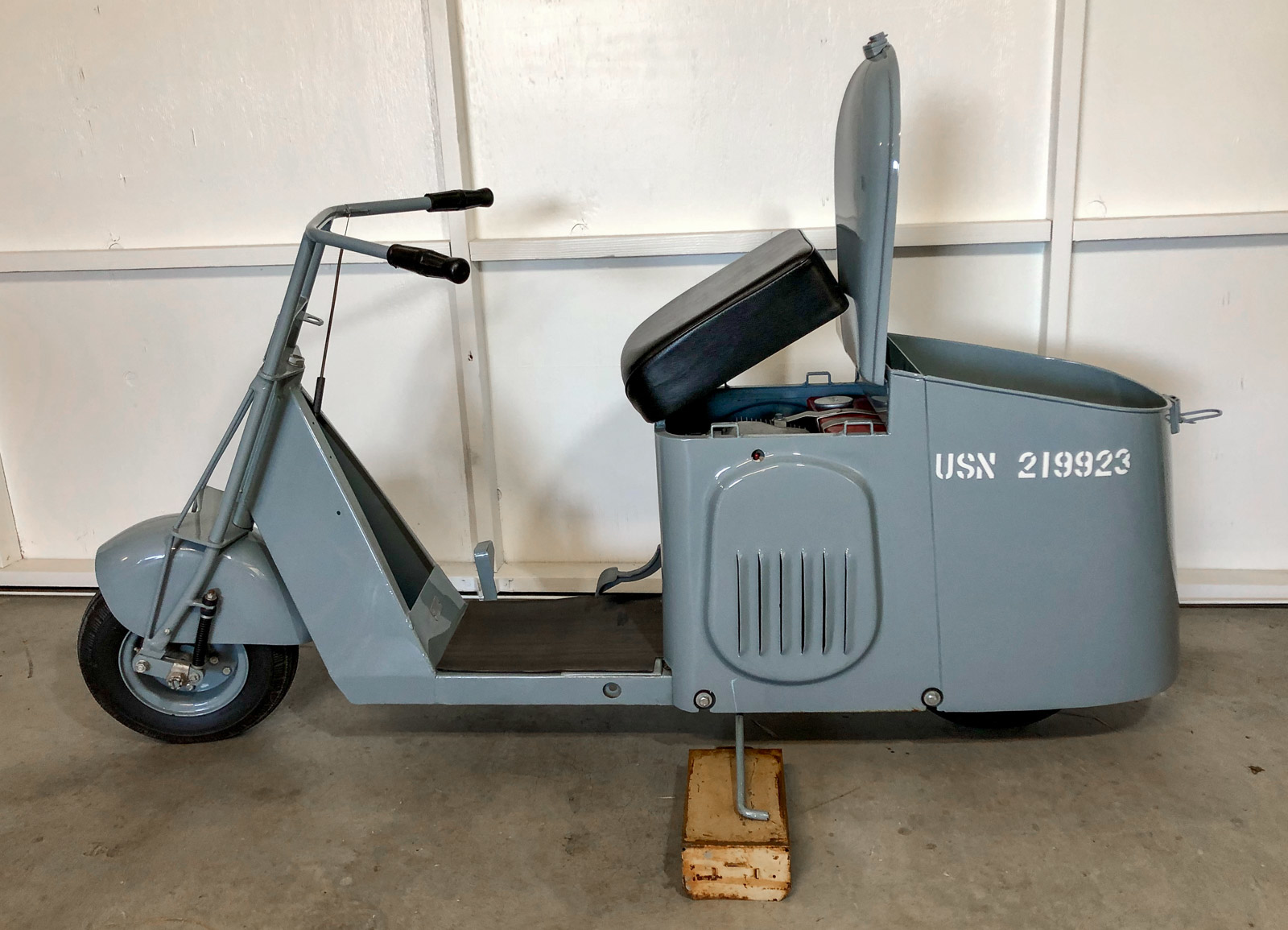 Per the seller (who is one of the restorers), “painstaking effort was taken to recover the original Navy registration number, which was found under multiple layers of paint. This is a great piece of American, automotive, and military history.” This Cushman was shown at the 2016 La Jolla Motorcar Classic, where it won best motorcycle. It was also bestowed the honor of being invited to the prestigious Quail Motorcycle Gathering in 2017.

This Cushman is currently in Carlsbad, California, however the seller is planning on dropping it off to our headquarters in Marina del Rey, California before the auction ends. If you’d like to check it out in person, let us know and we can schedule a visit!