Additional photos of this FB Mondial racer are available here for your perusal. Please let us know if you require any other images.

In 1953, F.B. Mondial, based in Bologna, Italy, began to produce “monoalbero” (single overhead cam) racing bikes for the 175cc racing class in Italy. These events included long distance road races such as the Milano-Taranto and Giro d’Italia as well as track races.

The single overhead cam motorcycles were raced by factory team members and also made available, in small numbers, to privateers. As this has engine #1, there is a chance this may be the first 175cc monalbero built by the company. The frame number is 327.

The four stroke vertical single has a bore of 62mm and a stroke of 57.8 mm for a total displacement of 174.5cc.

It features 36mm intake and 32mm exhaust valves, and is fed by a Dell’Orto SS25 carb. A wet multiplate clutch transfers power to a four-speed transmission and the entire drivetrain is enclosed in a double tube cradle.

The parallelogram front suspension is a pressed steel blade-type girder fork, while suspension duties in the rear are handled by springed plungers. 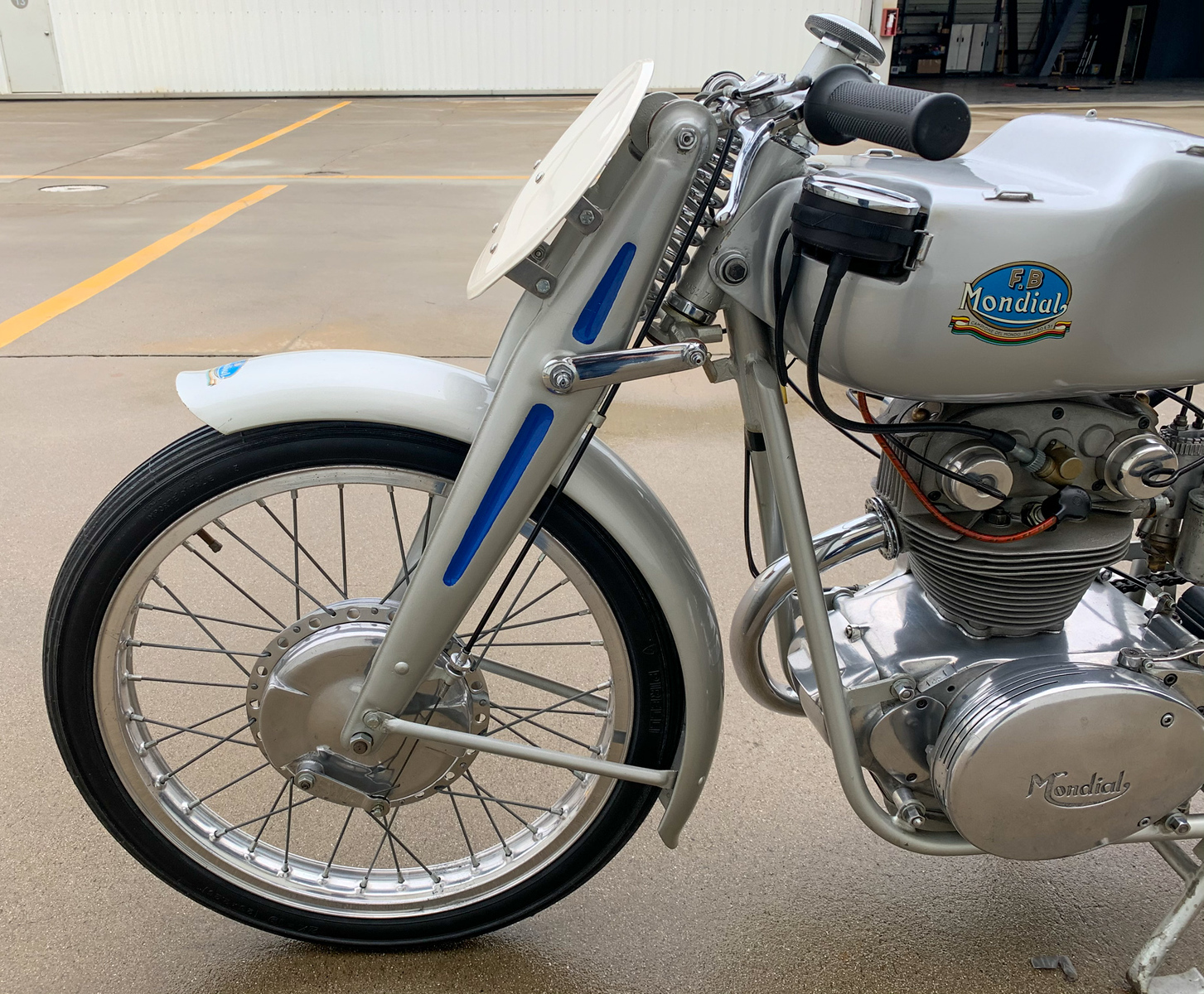 Both ends of the 51.25 inch wheelbase are framed by San Giorgio wheels (2.00 x 19″) which are currently wrapped in Pirelli tires. The claimed weight is just 198 pounds (dry), which is why it’s able to hit a top speed of 90 miles per hour.

This Mondial was professionally restored to be put in static display, but it wouldn’t take much to get her running as she’s an amazing example that’s impeccably clean. We do not have any paperwork for this machine, and it is offered with a Bill of Sale.

Did this bike once belonged to G. Wester and restored by Ted Henry? Any history documents to support the description about the history? Thank you

Pjee – thanks for your question. Unfortunately, the seller does not have any documentation for this machine at all. As such, we can only offer it with a Bill of Sale.