Additional photos for this 1956 Triumph Thunderbird 6T are available here for your perusal.

The Thunderbird name has shown up on 3 distinct models of the Triumph line since 1949 – this 6T model is from the original series. For its public launch, three production bikes were ridden from the Meriden plant to a circuit near Paris where they were then ridden over 500 miles at an average of 92 miles per hour. The bikes were then ridden back to Meriden.

The Triumph Thunderbird 6T was created as the firm’s stab at the American market – they bored out their early 500cc parallel twin engine from the Speed Twin as American customers wanted more power. The bike also gained further popularity as it was the featured vehicle in a Marlon Brando film, the Wild One – though Triumph’s American importers originally objected to its usage in a movie featuring “rowdy motorcycle gangs.”

The T-bird pushed out 34 horsepower to a four-speed transmission, and the bike weighed 397 pounds wet.

It was originally sold in Canada, and 1956 was the only year for this color.

The odometer shows 8,583 miles, however true mileage is unknown.

Per a previous owner, “This Thunderbird is believed to have been sold by the legendary Nicholson Brothers in Saskatoon, Saskatchewan. The shop moved to Calgary in the 70s. The bike sustained front-end damage in a crash in the early 60s and came to the village of Lomond with Max Bauer from nearby Bow City (not a city at all). I first saw Thunderbird circa 1967 in the village, marking its spot while the owner worked as a hired hand. Some fifteen years later the ‘bird came to me in boxes, cartons and bags. It was the proverbial puzzle but with the help of countless books and the master himself, Bernie Nicholson, the ‘bird rose from the ashes and ran very well.”

“But it was still far from my vision and several more years and far too many dollars brought the bike to [a better] state with help from Dave Sauerberg in Lethbridge, Alberta. All engine parts came from the shelves of Nicholson Brothers Motorcycles. Paint work performed by a shop in Calgary. Frame, wheel hubs, sidestand, brake pedal, and peg holders were powder coated before paint. The author spoked and trued both wheels to a high standard. The ‘bird has won numerous trophies in Lethbridge, AB and Los Angeles but was disqualified in Delta, BC. The upright riding position is very comfortable.”

Six volt coil and points electrical. POSITIVE ground, not negative. (Should be converted to 12 volt or magneto).

Most difficult part to find was the front rim used for that brake style.

Tank emblems are not screwed on but held with 2-sided tape.

The bike was sitting on display at the current owner’s home for years. In preparation for the listing, she had us clean the carb, diagnose a faulty ignition, install a new battery, adjust the chain, adjust tire pressure, adjust the free play in the brake/throttle, and give it a full detail.

Our technicians note that the left petcock is leaking inside of the carb bowl. We recommend new tires, spark plug cables, petcocks, and an airbox. We also note that the ignition system is faulty – it is currently stuck and the headlights/horn can be switched on no matter the position of the ignition switch. In addition, the engine can only be started if the ignition is bypassed – please note the cables in the video up top.

Currently located at our facility in Santa Monica, California (please make an appointment for an inspection), this Triumph is offered on a clean California title that expired in March of 2014. Per the California DMV website, it would cost $322 to get the registration current through March of 2023. 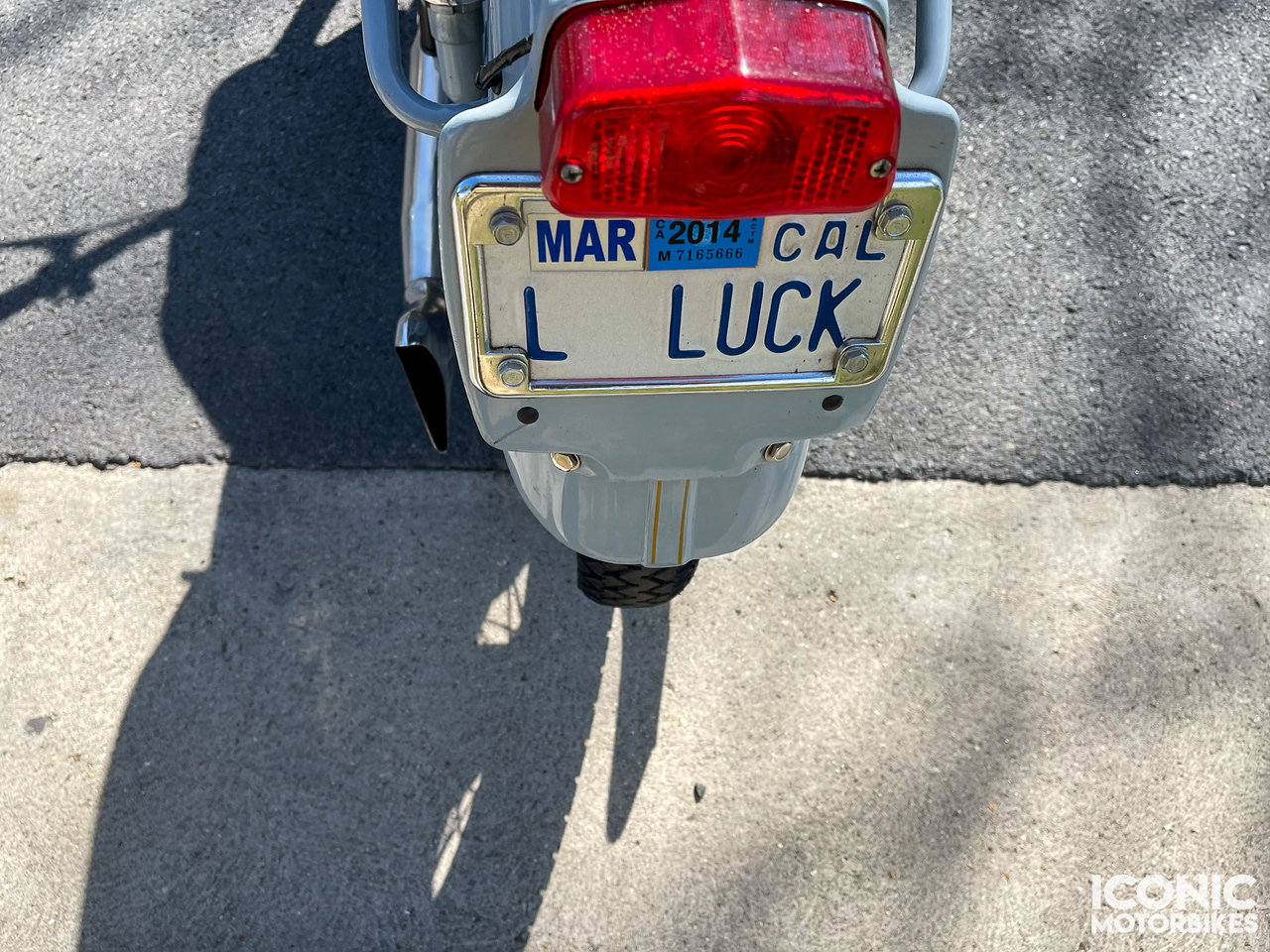 Have any Triumph Thunderbird 6T stories or questions about this listing? Let us know in the “Comments” tab!