Additional photos of this BSA Victor 441 Special are available here for your perusal. 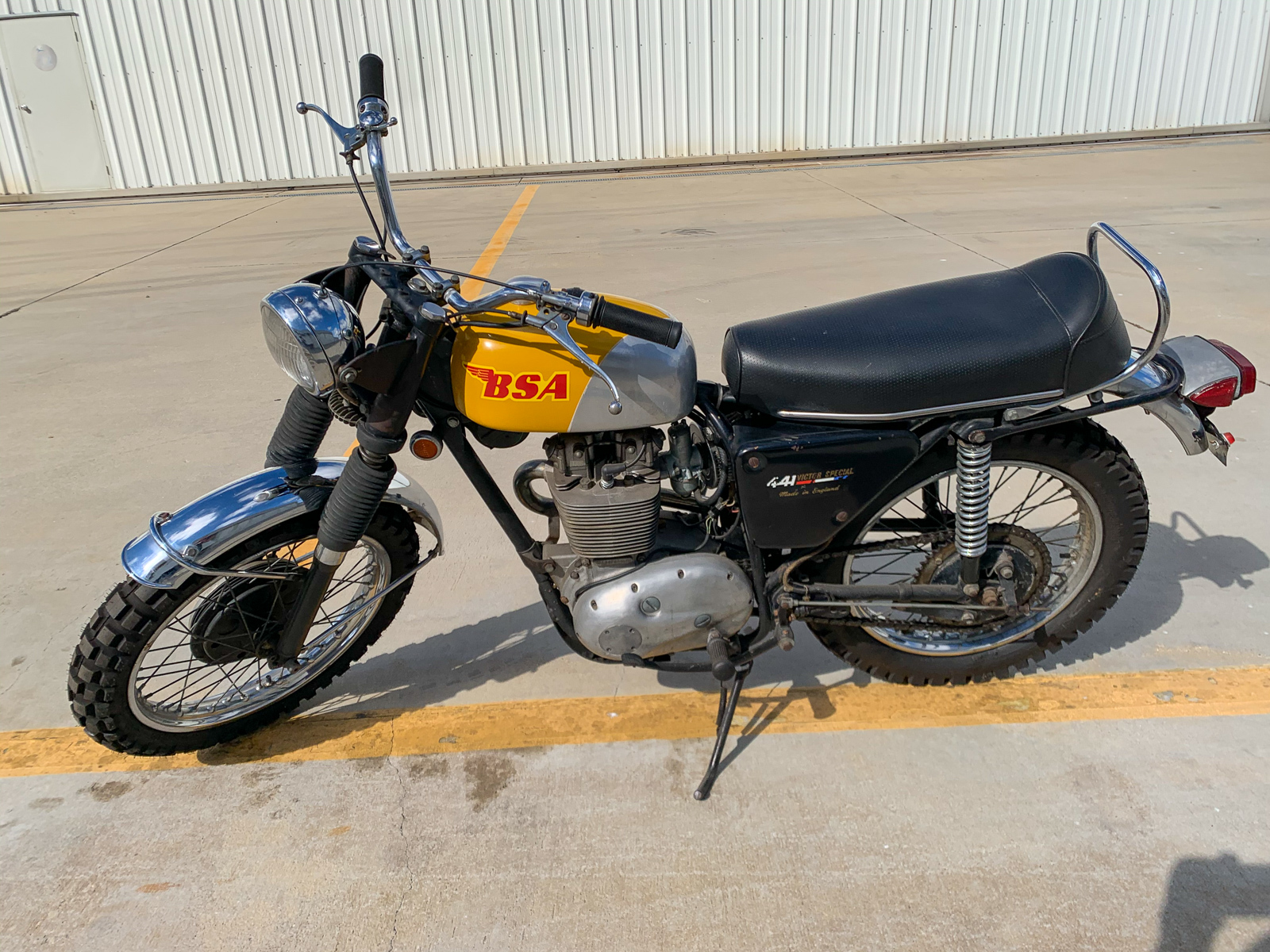 In the early 60’s, BSA’s race team was developing a large single in the hopes of winning the 500cc world motocross championship. A 441cc engine ended up being the ticket, which helped BSA capture the 500cc championship in ’64 and ’65. The following year, the company released the BSA Victor 441 Special to the public. 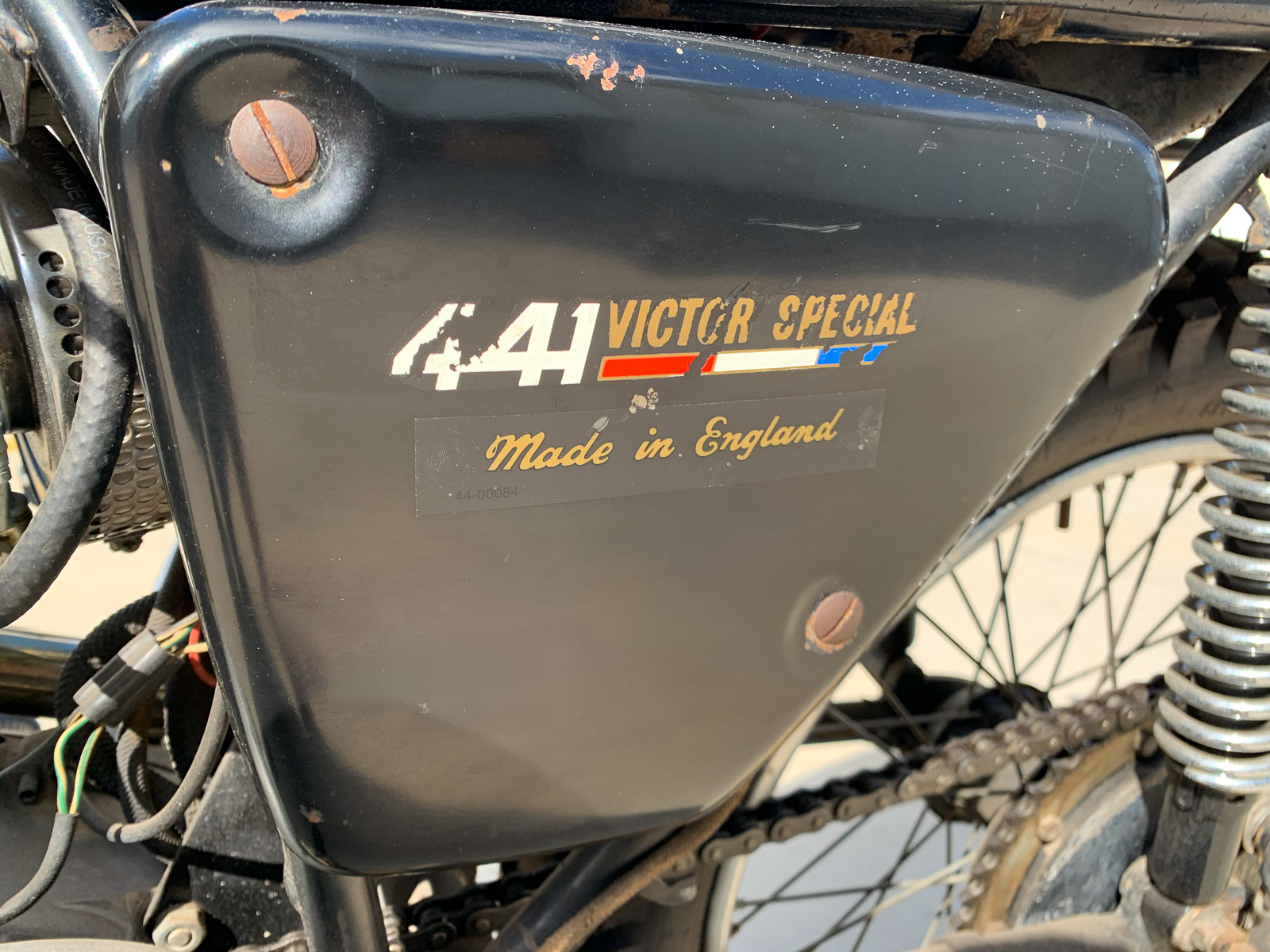 The first years of the Victor, it was simply a MX bike with lights. By 1969, the Victor had turned into more of a street bike, with lower compression (from the high original figure of 11:1), a battery with coil ignition, a heat shield for the exhaust, and other minor changes to make it easier to live with. Want to learn more? Check out Motorcycle Classics for one owner’s long-term experience with one of these bikes – MC calls it “the last great single.” 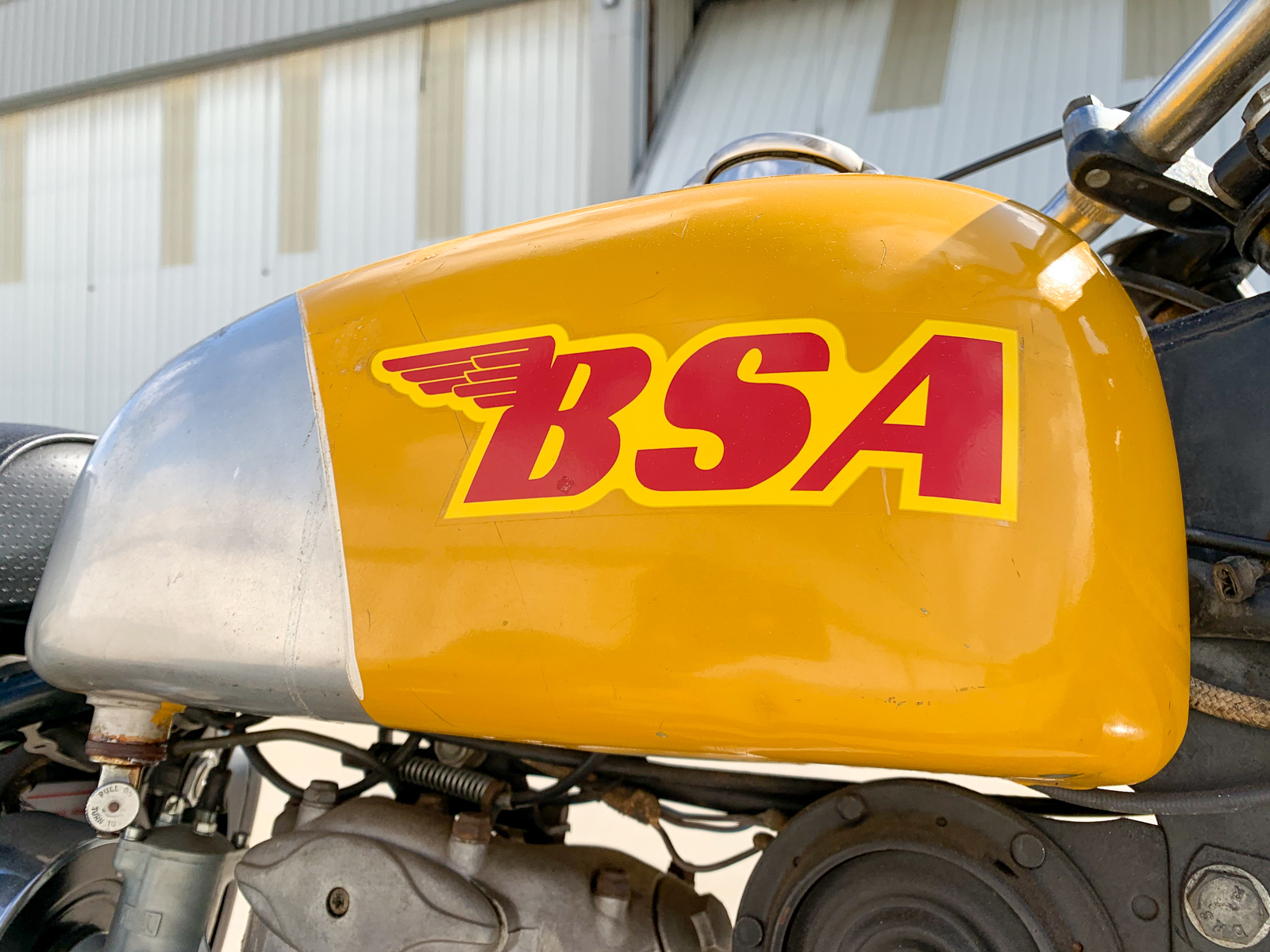 The seller of this example (VIN: HD13678B44VS) acquired it in February of 2016 from Century Motorcycles in San Pedro, California.

At some point in the past, the inside of the tank was coated. In addition, this BSA got a $1,816 service when the seller first acquired it in to make it a runner – work included a carb rebuild, fuel tank flush, full tune up, new rear shocks, new wheel bearings, new clutch plates, rebuilt front forks, new brake switch, new spark plug and wire, and a fluid flush.

It has been sitting since and will need the carb cleaned before it hits the road again – our White Glove service would be glad to address that for the next owner if desired. 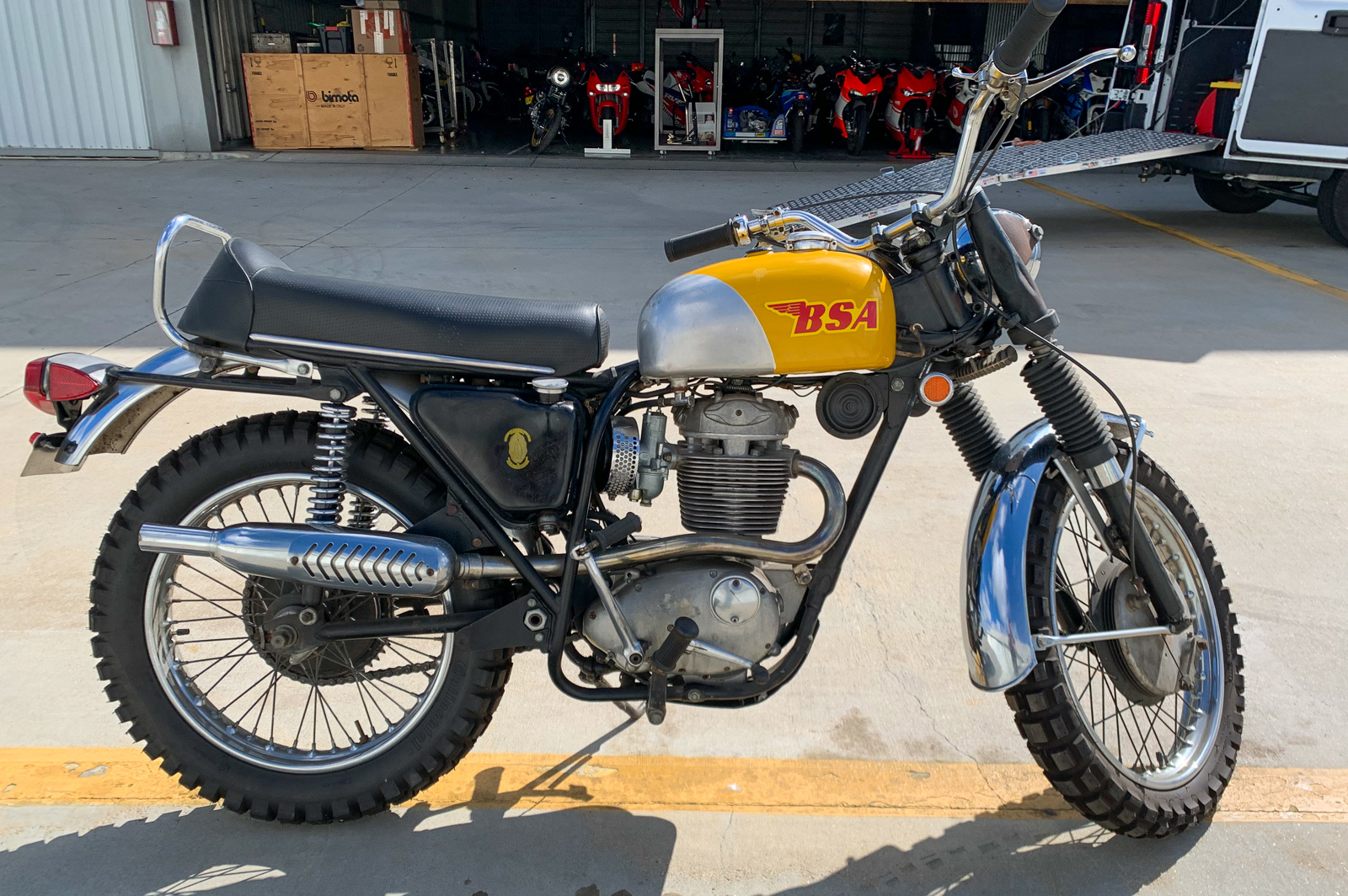 This BSA Victor 441 Special sold for $2,600 (including buyer’s fee) on our classifieds. Congratulations!

By chance do you have the Speedo for the bike?

I’m sorry for the delay, owner just replied to me. Basically the gent that built it was planning on just riding it around his land and didn’t bother with the speedo. Said he wanted it as a offroad scrambler (not exactly sure what that means,…HAHA). I’m quite sure however we can come up with a solution in our service dept. Our White Glove Service can pretty much do anything. Clearly can’t include it in the sale as we just work off the 7% Buyers fee but we could most certainly be very reasonable. Thank you

How did you get a picture without an oil puddle? 😉