Auction Expired because there were no bids

Additional photos of this 1971 Husky are available here for your perusal. 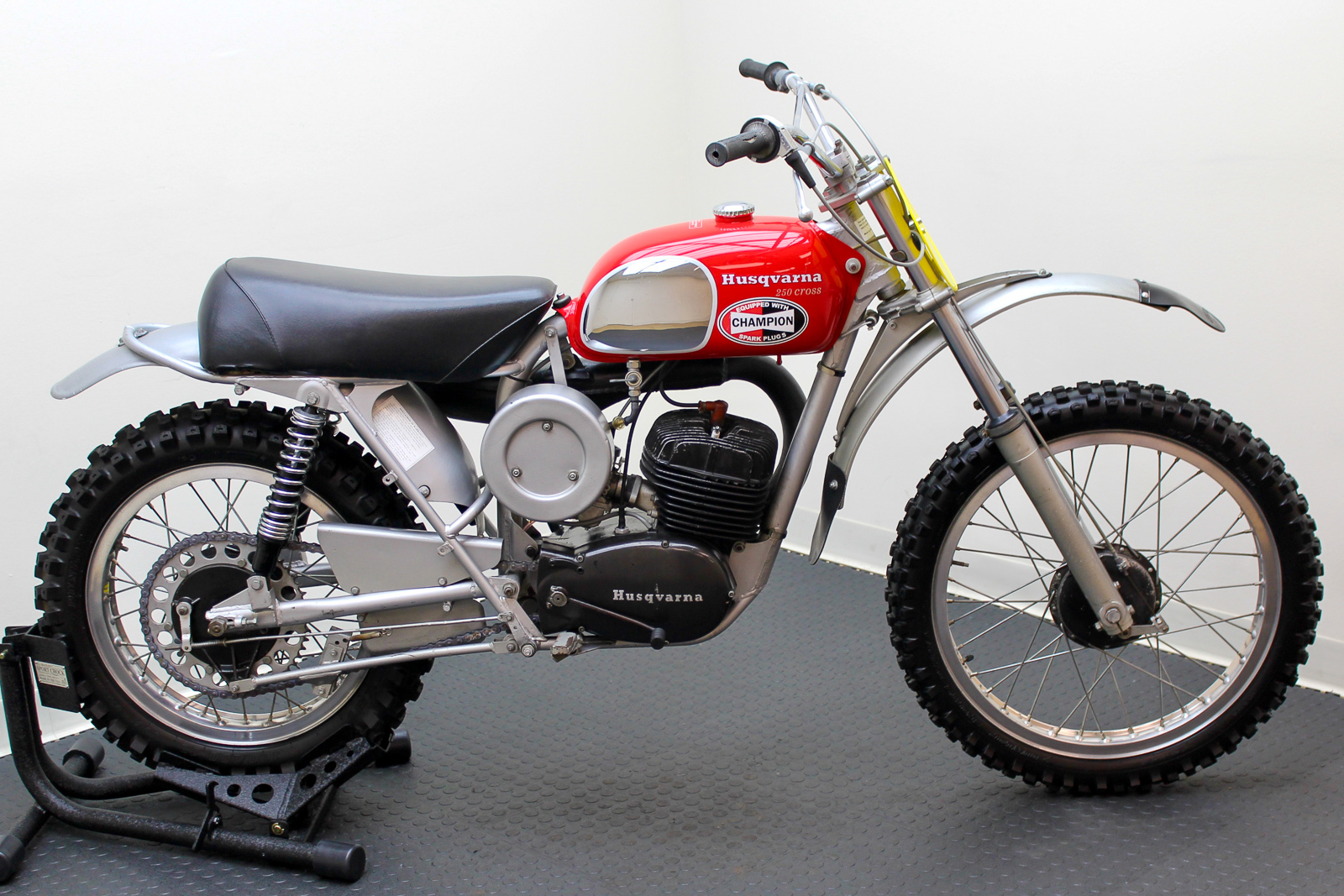 Very few individuals have had a greater impact on the sport of motorcycling than Steve McQueen. The so-called “King Of Cool” played a pivotal role in motorcycles becoming more mainstream in the US, and though he sadly passed away in November of 1980 at the age of 50, his influence on the two-wheeled world continues to be felt to this day. One of the biggest film stars of the ‘60s and ‘70s, McQueen was an avid rider who, despite a hectic schedule, still managed to squeeze in ample time in the saddle. McQueen was famously a fan of Triumph’s bikes, and was known to pilot a 650 desert sled.

At the dawn of the 1960s, “European-style” motocross didn’t exist in the US, and the off-road discipline of the day was competing on “rough scrambles” courses on what were essentially road bikes lightly modified for dirt-use — though still extremely heavy and far from purpose-built machines. In 1966, everything changed.

Looking to promote its wares in the US, Husqvarna sent reigning 250cc Motocross World Champion Torsten Hallman to the States to tour the country and compete. Hallman was given a brand new, bone-stock, Husqvarna 250 Cross — one of the 75 units shipped to Husky’s then-very new American distributor. The plan was for Hallman to enter nine races, with a combined total of 23 heats. 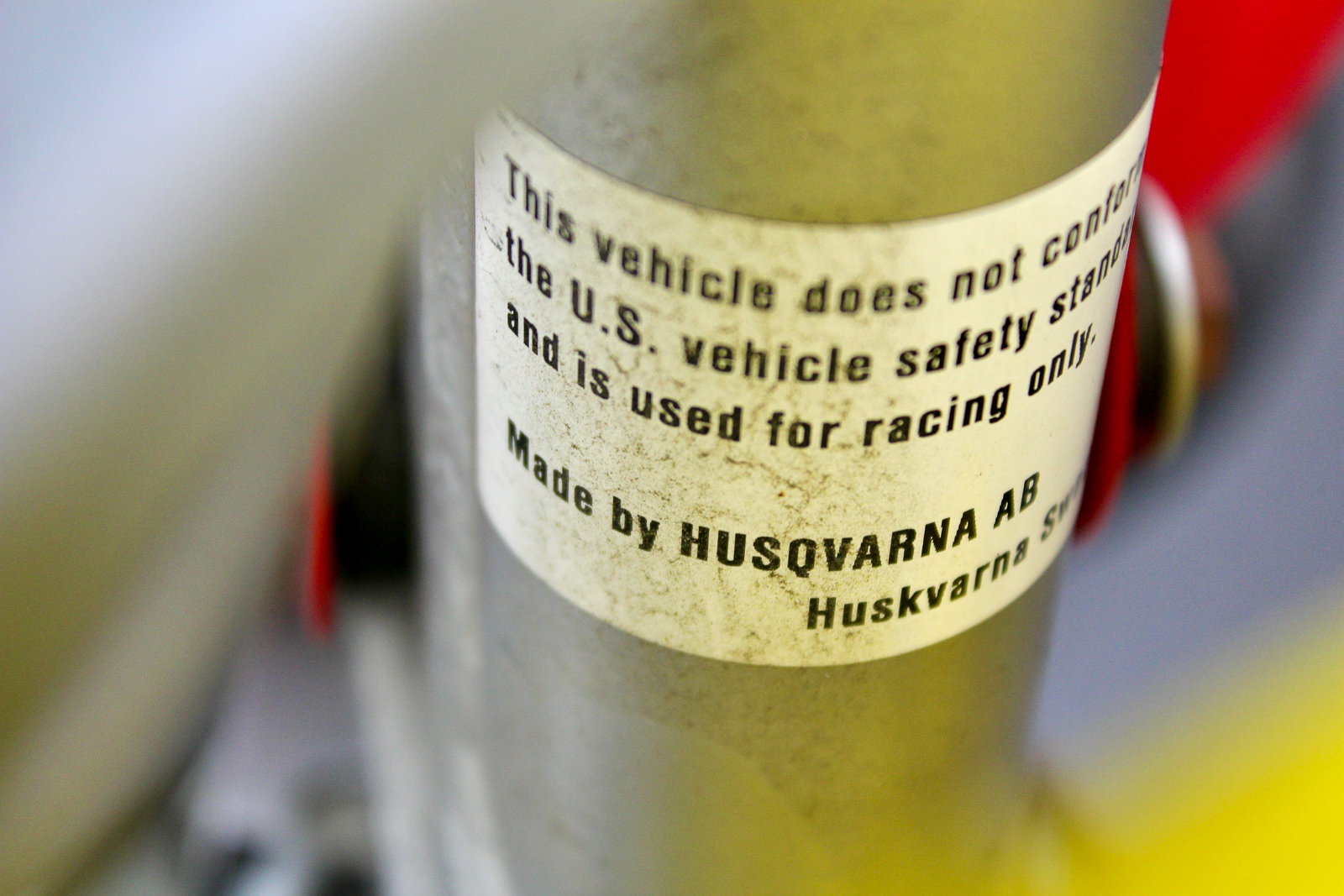 Over the next two months, Hallman proceeded to utterly dominate the competition, winning every single heat he entered by what were reportedly very wide margins. On some occasions he even managed to lap the whole grid. Any questions about the off-road merits of the Husky were soon put to bed, and Hallman’s 1966 US season converted countless enthusiasts into Husky riders/owners, including Malcolm Smith, who ditched his Greeves mount for a Husky and went on to earn eight ISDT gold medals and a myriad of Baja 500 and 1000 wins. By the end of the decade, Husqvarna bikes would be ridden to more than a dozen Motocross World Championship titles, two-dozen European Enduro Championships, and 11 Baja 1000 wins.

A few years later, a movie producer by the name of Bruce Brown reached out to Steve McQueen about having him potentially fund a documentary focused on the sport of motorcycling. Though McQueen was confident he wouldn’t see much, if any return on his investment in the film, he nonetheless agreed to fund the film via his company, Solar Productions. McQueen strongly felt that motorcycles were unfairly given a bad rap and too often associated with 1%er culture, when the reality was there was a thriving — and very positive — moto-scene.

On top of bankrolling the project, McQueen also starred in the flick, alongside the likes of Mert Lawwill and Malcolm Smith. The 1971 movie, On Any Sunday, went on to inspire a legions of people to get into riding, and ended up having the exact effect McQueen had hoped for and giving the sport the exposure the actor believed it rightly deserved. Husky also saw its sales skyrocket overnight, not just in the US but all over the world. 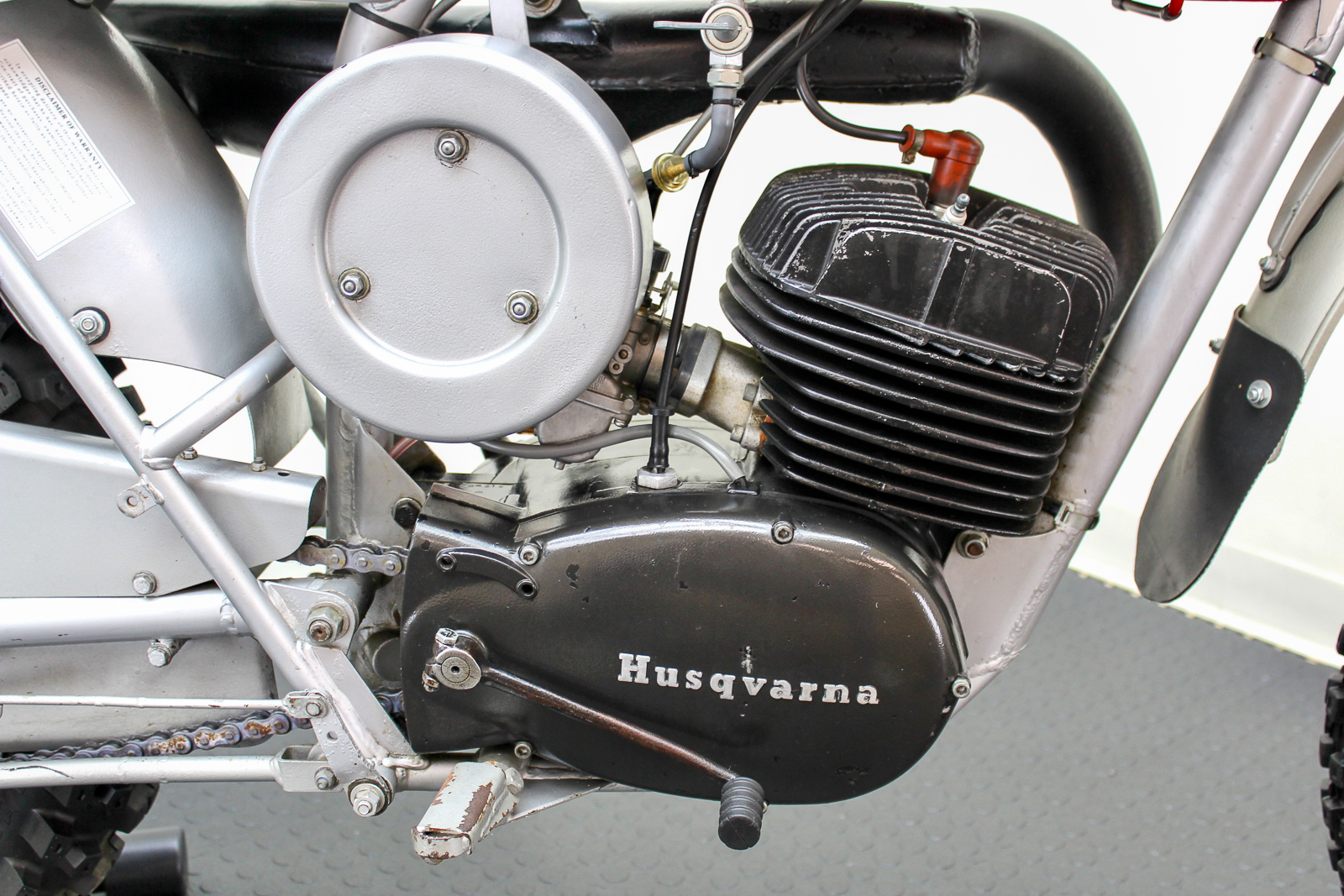 “Most bike flicks in the past concentrated on the outlaw crap/ Hell’s Angels and all of that stuff, which is about as far away from the real world of motorcycle racing as I am from Lionel Barrymore. Brando’s movie ‘The Wild One’ in the early 1950s set motorcycle racing back about 200 years,” McQueen explained in a 1971 issue of Sports Illustrated in which the actor appeared shirtless aboard his trusty Husqvarna on the cover.

It’s believed McQueen was turned on to the Swedish machines by friend Malcolm Smith, and the same year the iconic 1971 film was released, McQueen purchased a brand new Husqvarna 250 Cross through his production company.

Eventually after riding the bike for years, McQueen sold the ’71 Husky. It traded hands a few times and then was partially restored. The bike now starts, idles, and runs, and is ready to ride, however it still wears it original worn factory patina. This matching-numbers, four-speed, aluminum-clad 250 Cross is setup exactly as McQueen had it when he competed in the early ‘70s.

Included with the bike is an assortment of documents, including the original sales paperwork and the Med-International Husqvarna dealers invoice, which is dated October 19, 1971 in the name of “Solar Productions” as the purchaser of the “Husky Moto-Cross 250cc Frame # MI-4473 / Engine # 254319” (which was bought for $898). Jotted on the invoice is also “Ship to Valerians for Steve to have picked up. (McQueen’s local go-to Husky shop).

The 250 Cross stands as an important model in the evolution of the motocrosser, helping to cement the Swedish brand’s status as a bonafide contender in off-road competition in the US and around the world. MX bikes have come a long way in the last half-century or so, but the basic idea of a lightweight and nimble package powered by a potent and punchy engine, wrapped in sparse and rigid frame with long-travel suspenders continues to be the status quo to this day. 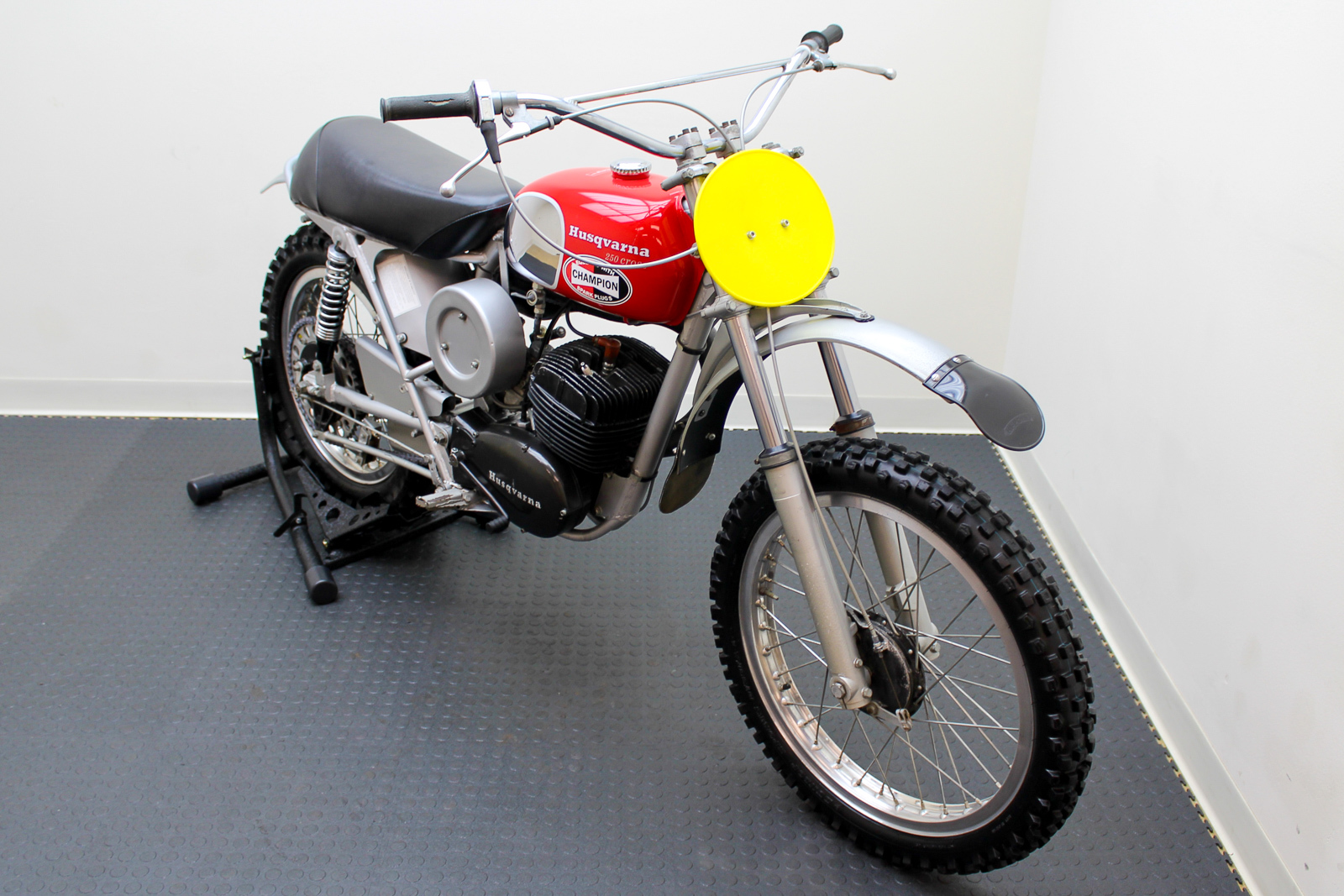 The seller has owned this bike for several years, during which time he has ridden it for “approximately five hours.” During his ownership, he has changed the oil. 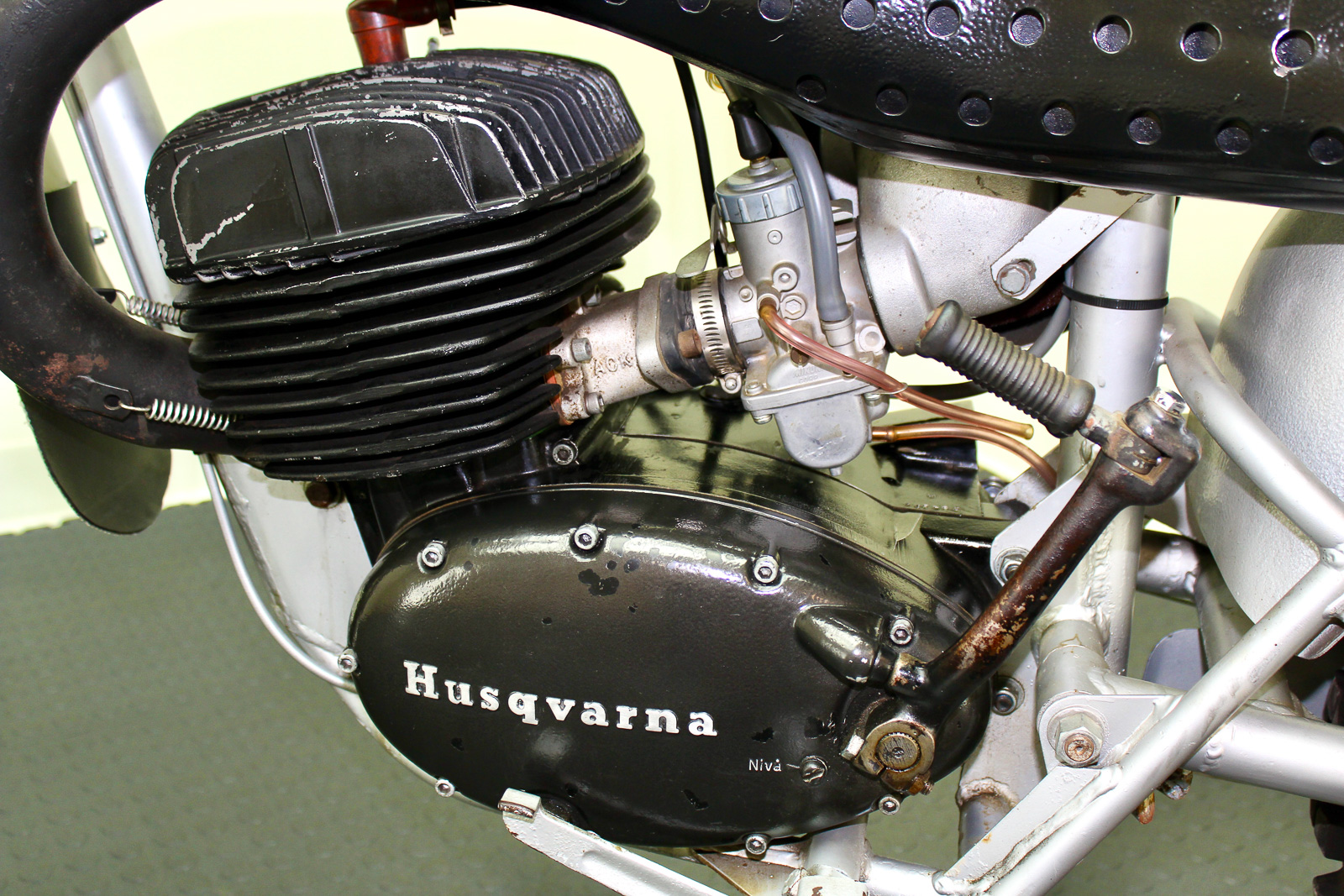 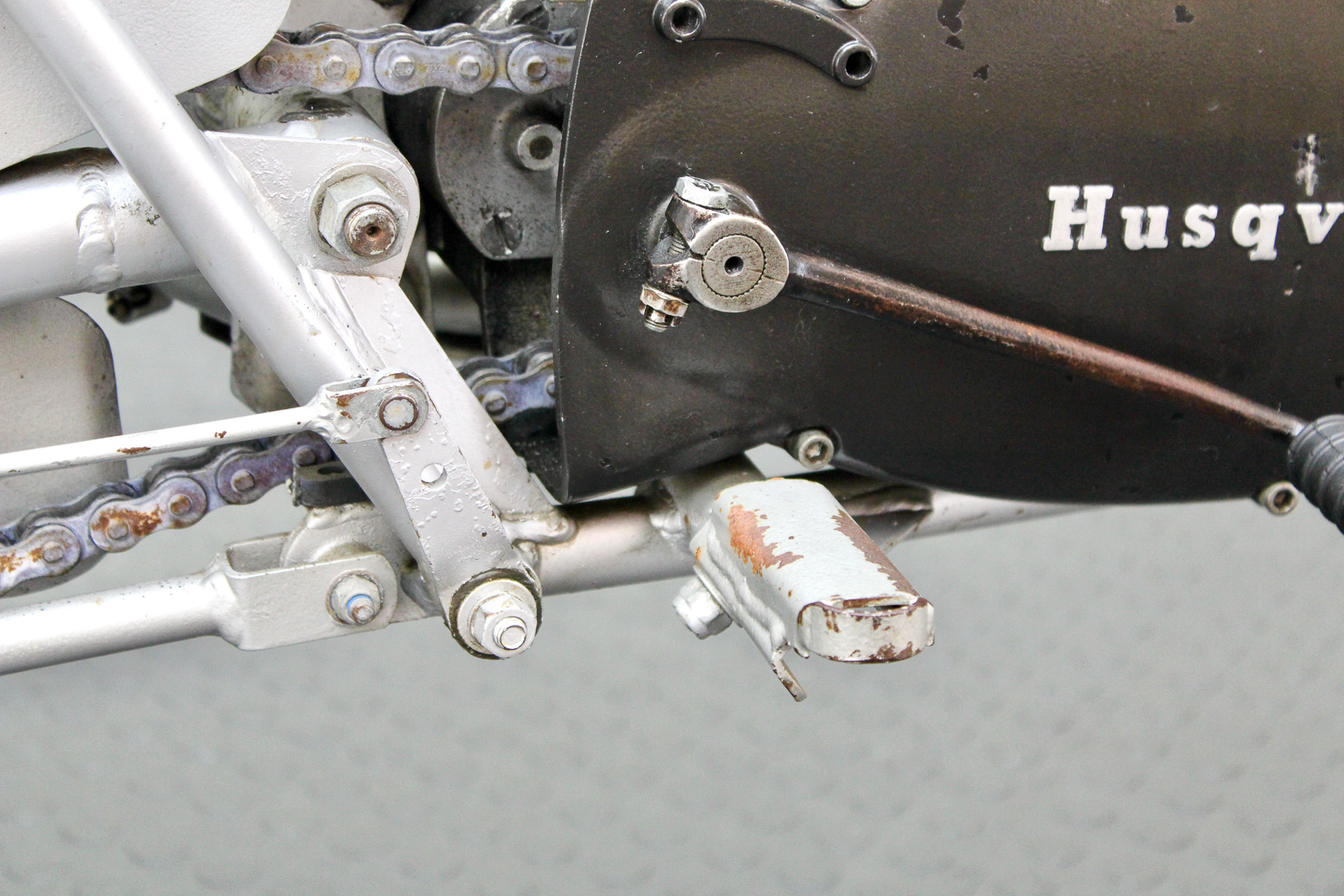 It is riding on Dunlop Geomax MX51 tires.

Currently located in Elmhurst, Illinois, this Husqvarna is offered on a Bill of Sale only. Have any McQueen stories or questions about this listing? Let us know in the “Comments” tab!

Auction expired because there were no bids.
Subscribe
Login
Please login to comment
Inline Feedbacks
View all comments