Additional photos of this 1972 Kawasaki H2 are available here for your perusal.

The king of Kawasaki’s two-stroke triples, the H2 Mach IV has a reputation that has stood the test of the time – Team Green even brought the H2 name back for their insane new supercharged sportbike.

The H2 750 is remembered fondly thanks to a peaky, narrow powerband and handling characteristics that earned it the affectionate nickname of “Widowmaker”. The H2 was capable of knocking out a quarter mile in 12.0 seconds – faster than a Hemi Cuda – thanks to 74 horsepower. 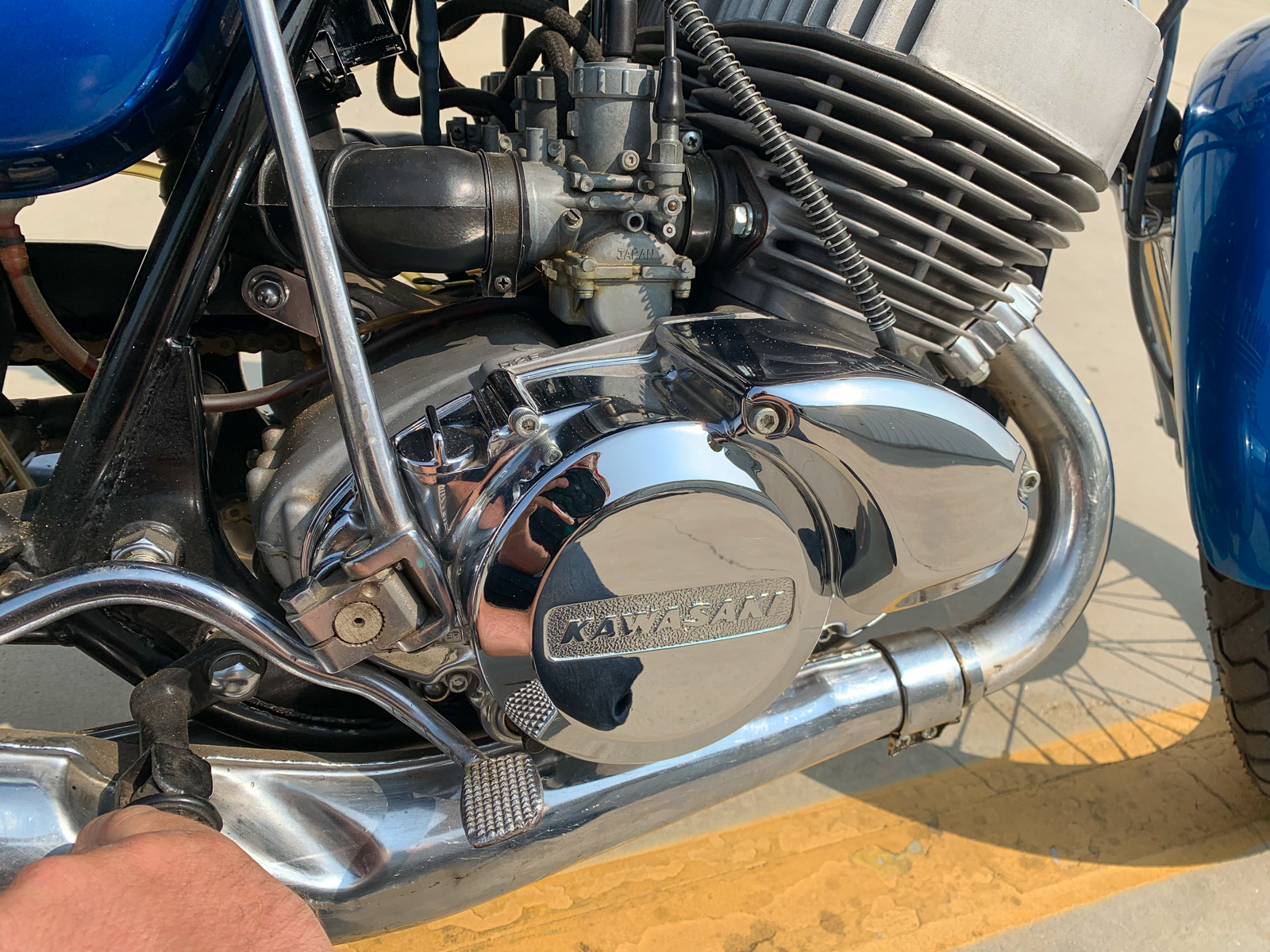 It weighed 423 pounds dry and topped out at 126 miles per hour. For more on the characteristics that gave this bike the Widowmaker moniker, head on over to Motorcycle Classics. 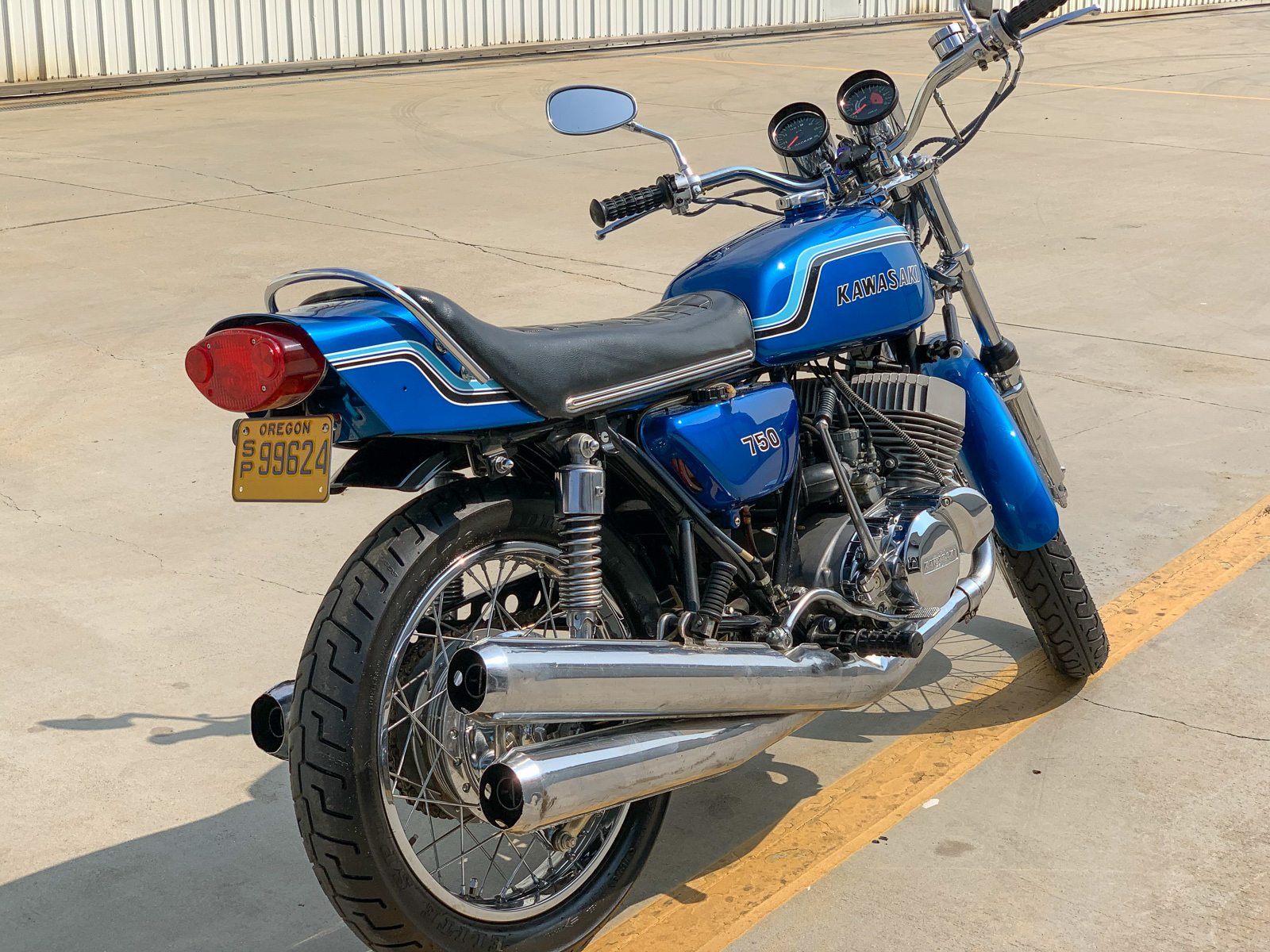 It was restored 15-16 years ago and has covered just 82 miles since.

The seller states that the paintwork and motor build were done by a restorer in Minnesota though he cannot recall who at this time. He notes that the restorer used a little bit more chrome than stock, and we also note a steel braided brake line.

When the owner acquired the bike, it had a OEM swingarm from a different year so he sourced a 1972 part to replace it.

Overall, the bodywork of this H2 is in great cosmetic condition. All three exhausts show scratches and wear.

Currently located at our facility in Santa Monica, California, this H2 is offered on a clean Oregon title. 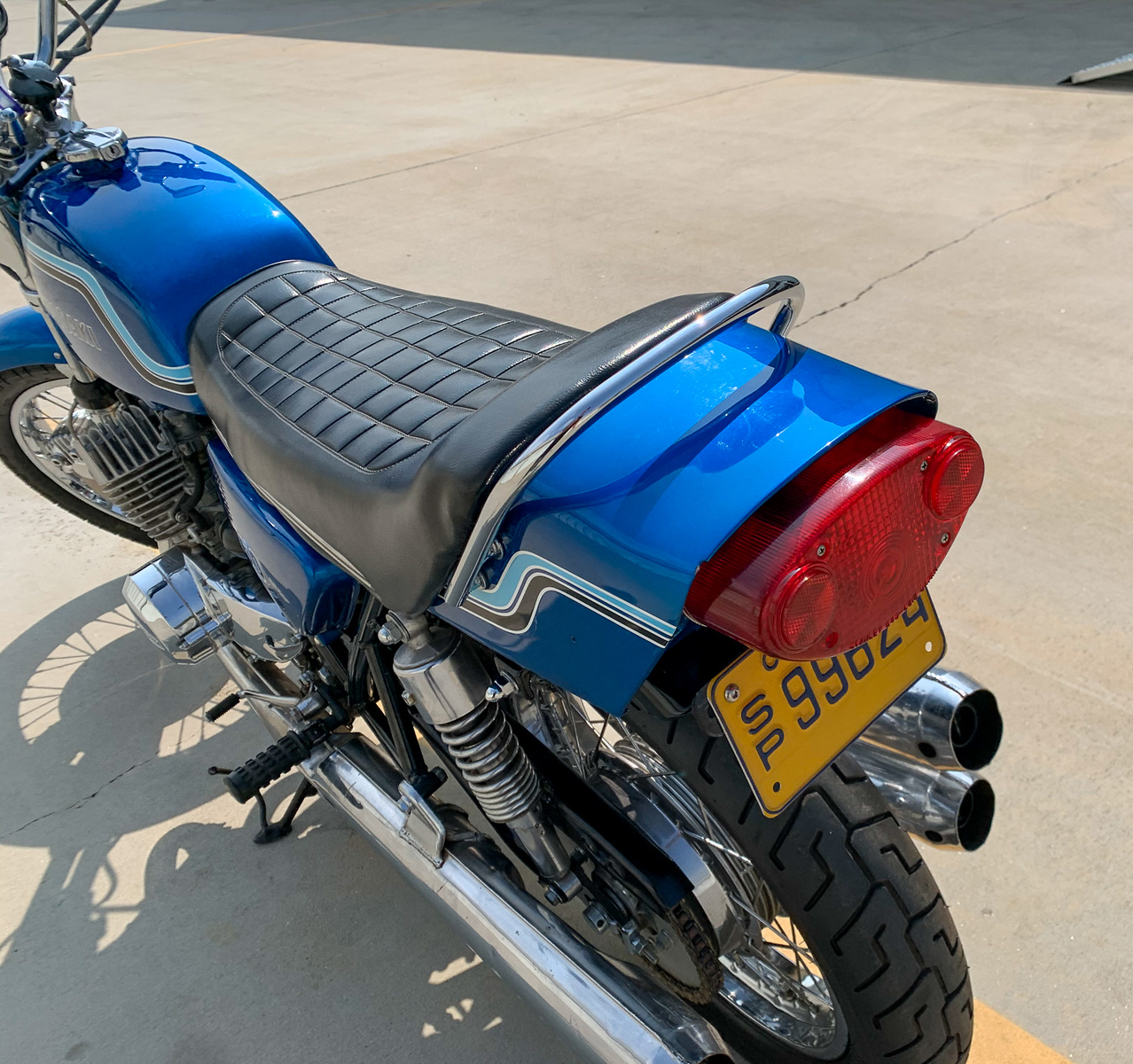 Have any H2 stories or questions about this listing? Let us know in the comments below!

Can you post the engine number? Is it considered numbers matching within an acceptable range by Kawasaki production standards? Thanks

We apologize, but we are unable to find a definitive source at this time to confirm if it is considered numbers matching. Hopefully an expert with H2s can chime in?

Not numbers matching engine, should be within 200-300 numbers of Vin. Still a nice bike!