Additional photos of this Suzuki GT750 are available here for your perusal. 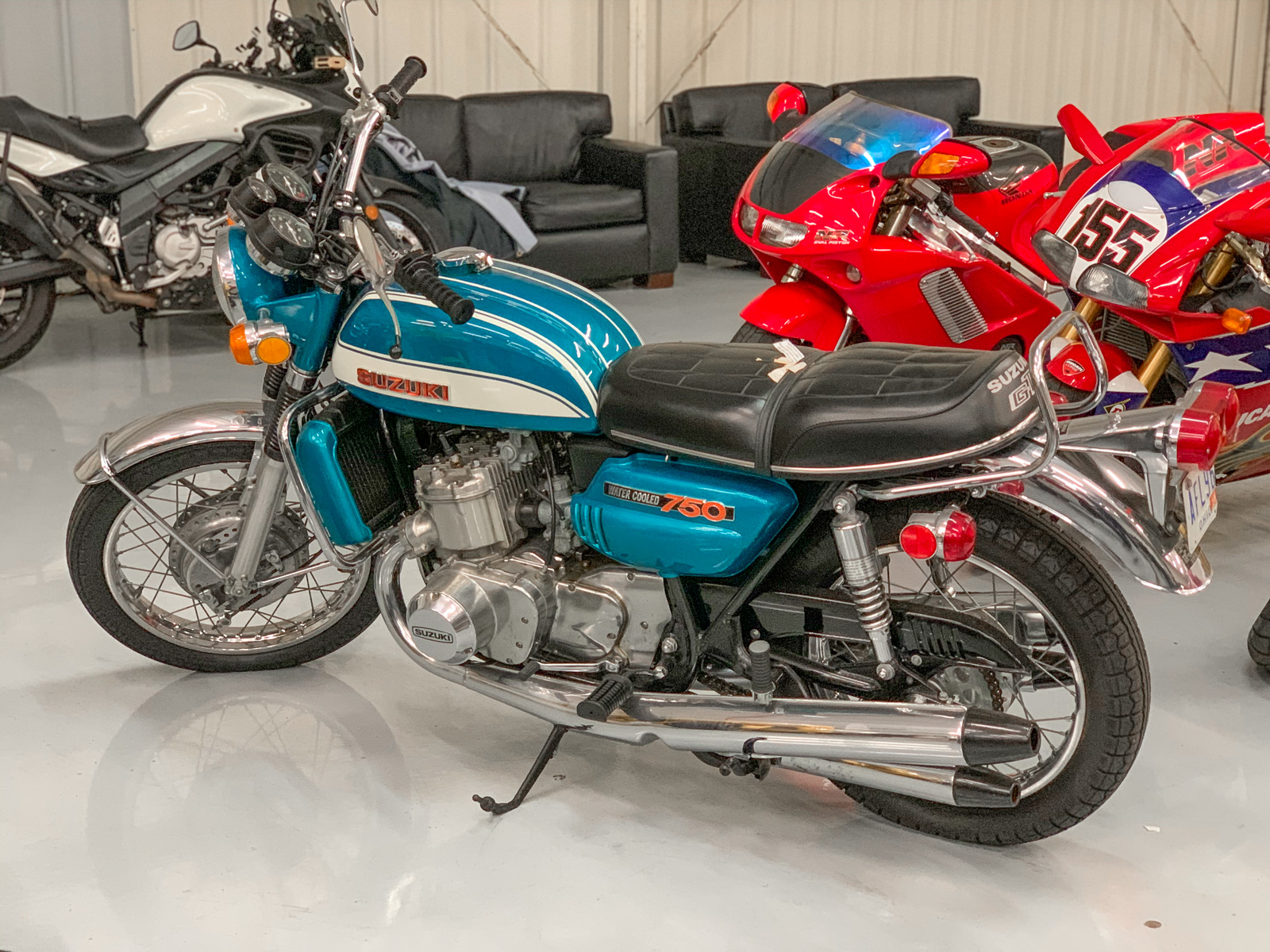 Suzuki started manufacturing motorcycles in 1952 – their first models were motorized bicycles. By 1954, Suzuki was producing 6,000 motorcycles per month and had officially changed its name to Suzuki Motor Co., Ltd. A large factor in Suzuki’s success in two-stroke competition was the East German Grand Prix racer Ernst Degner, who defected in 1961, bringing with him expertise in two-stroke engines from the East German manufacturer MZ. The secrets Degner brought with him were the work of Walter Kaaden, who combined three crucial technologies for the first time: the boost port, the expansion chamber, and the rotary valve. Suzuki hired Degner, and he won the 50 cc class FIM road racing World Championship for them in the 1962 season. Suzuki became the first Japanese manufacturer to win a motocross world championship when Joel Robert won the 1970 250 cc title and established themselves in the motorcycle-racing world. If you’re not familiar with the story, you owe yourself a read of the enthralling Stealing Speed. 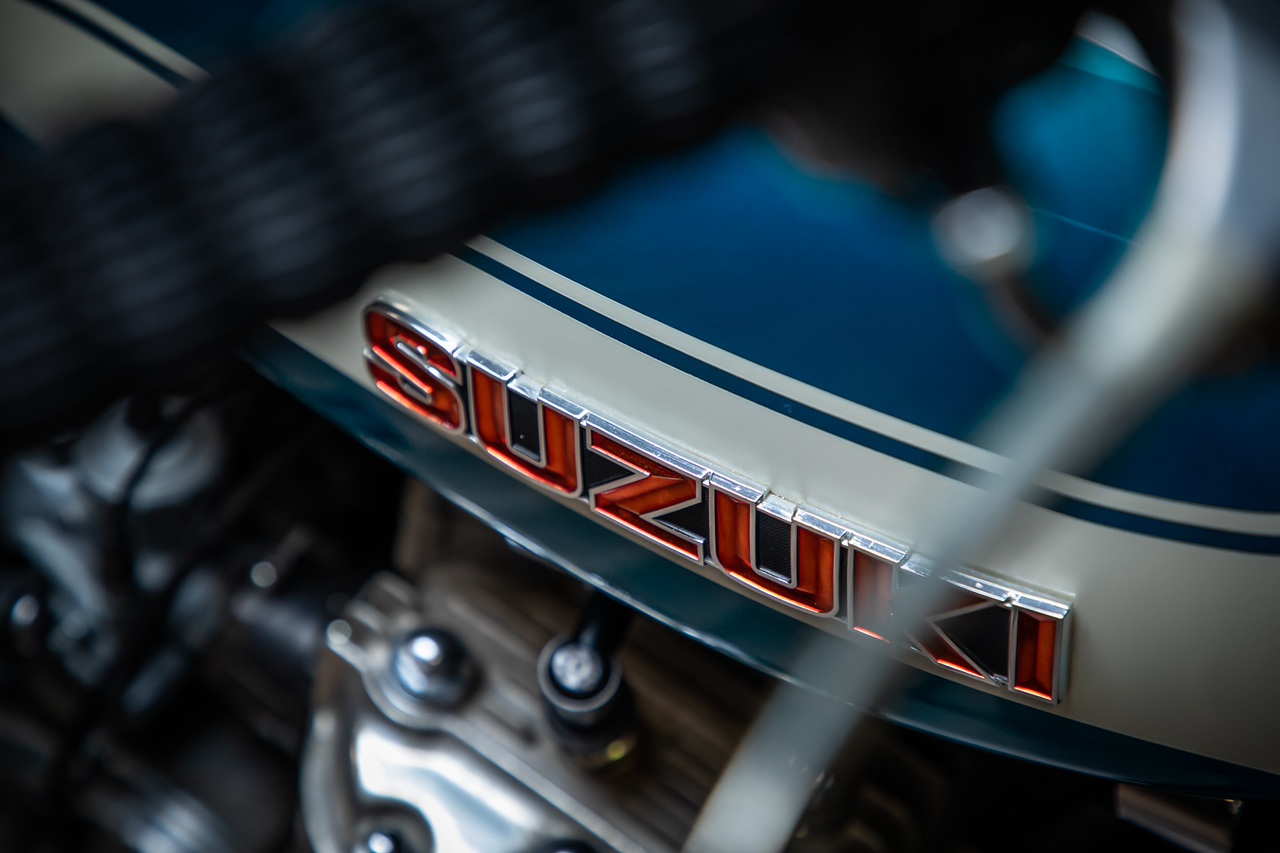 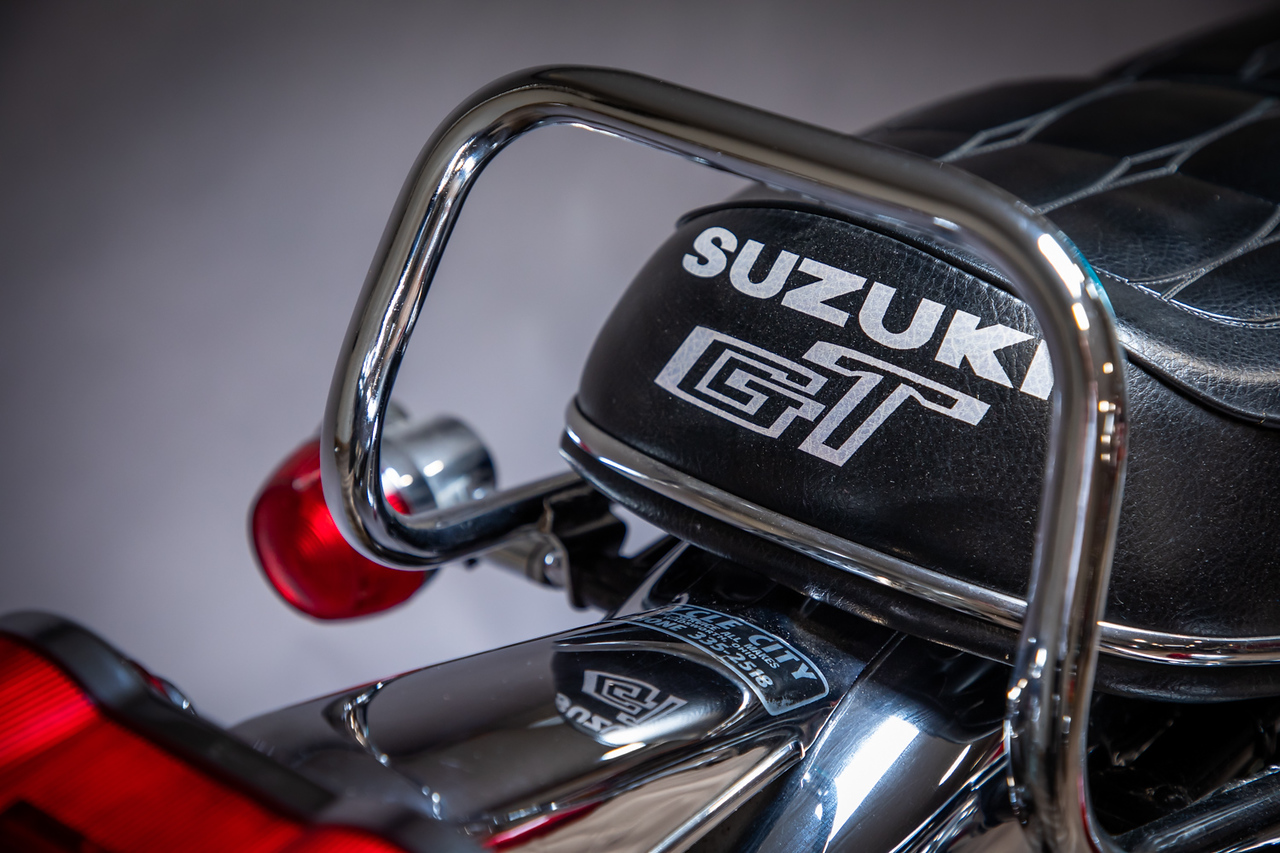 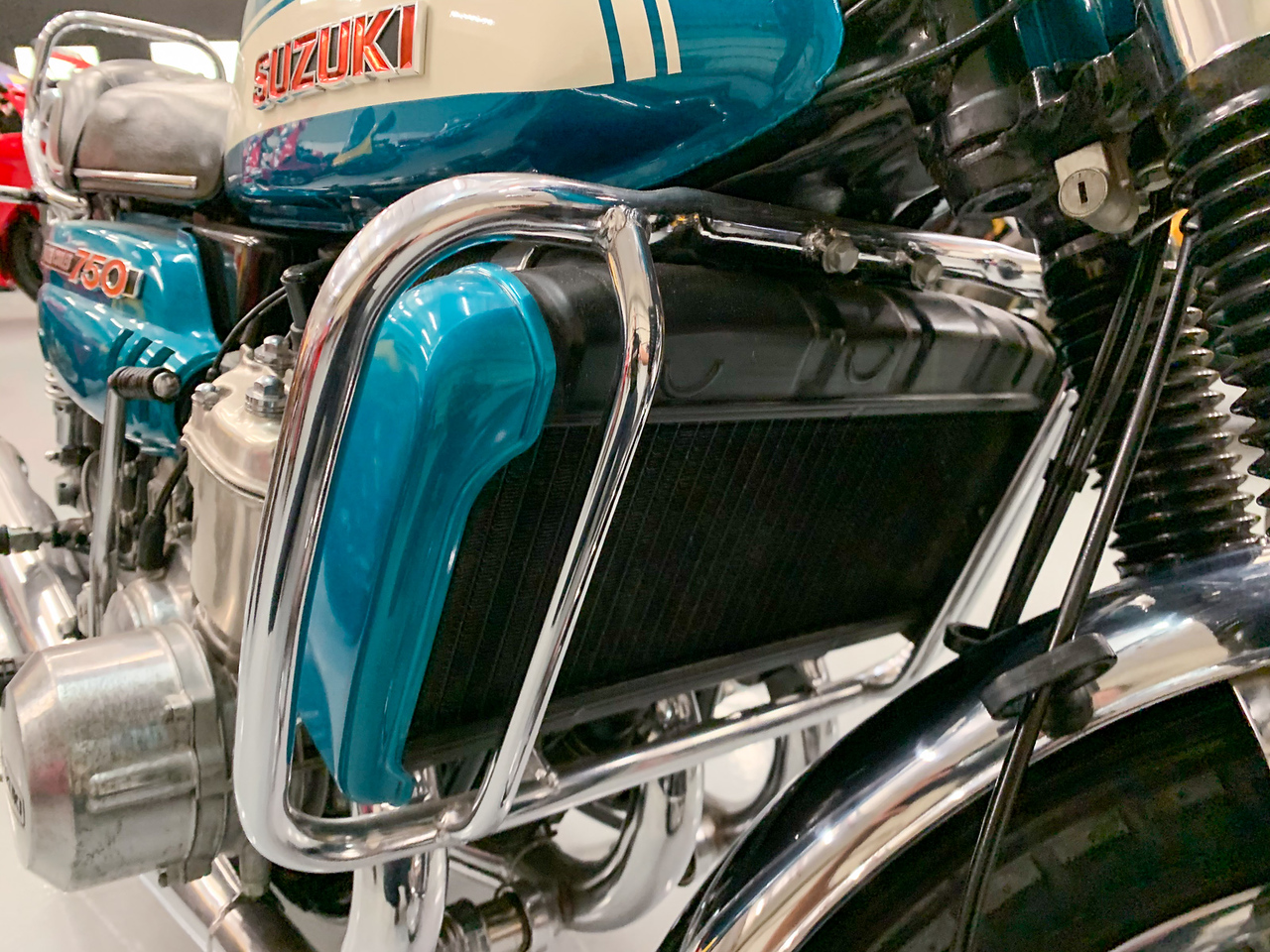 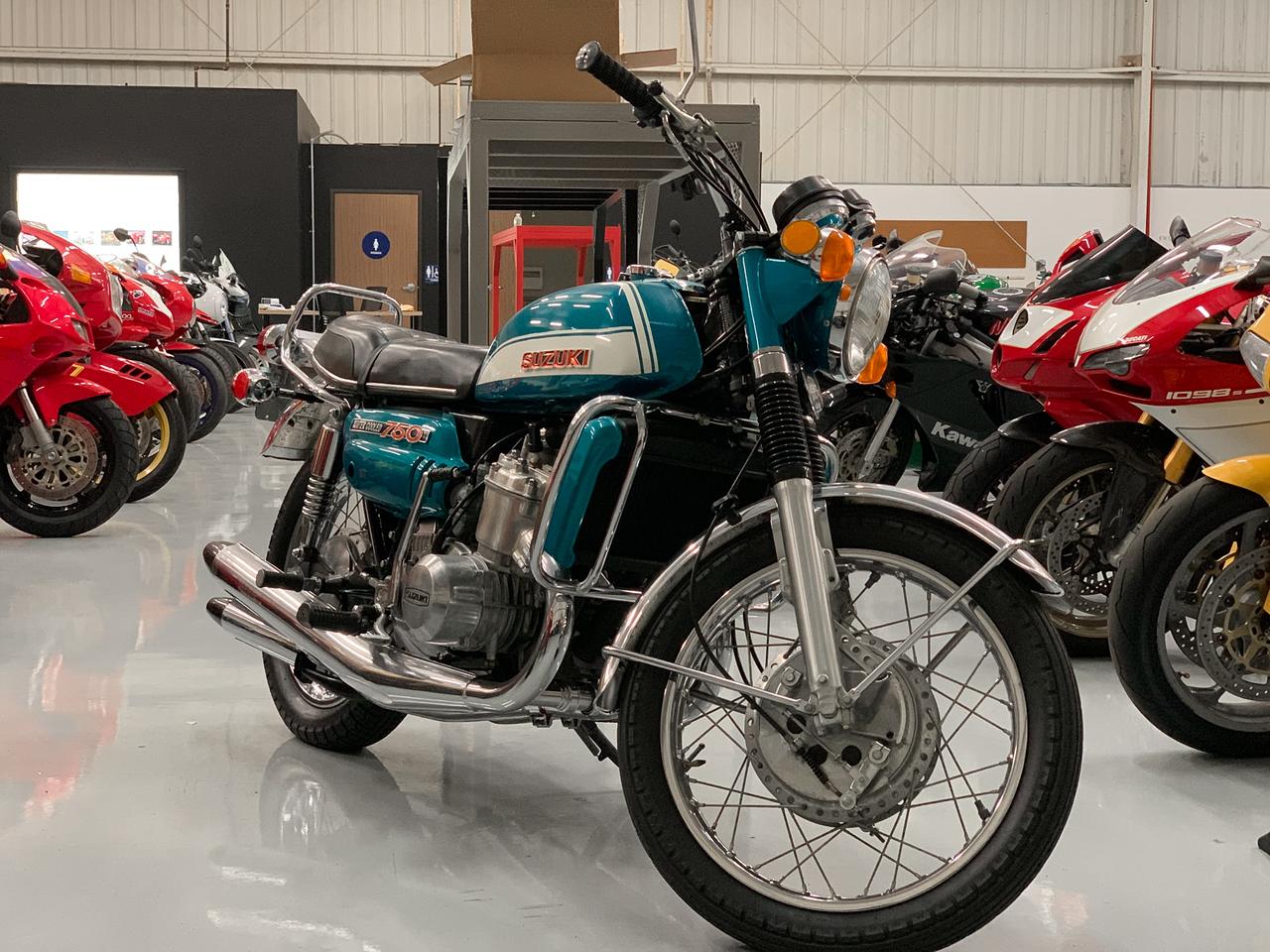 The Exhaust Coupler Tube System (ECTS) that connected the left and right side exhausts together was designed to boost low-end torque. Carburetors were 32 mm Mikunis and power output was 67 bhp at 6,500 rpm. 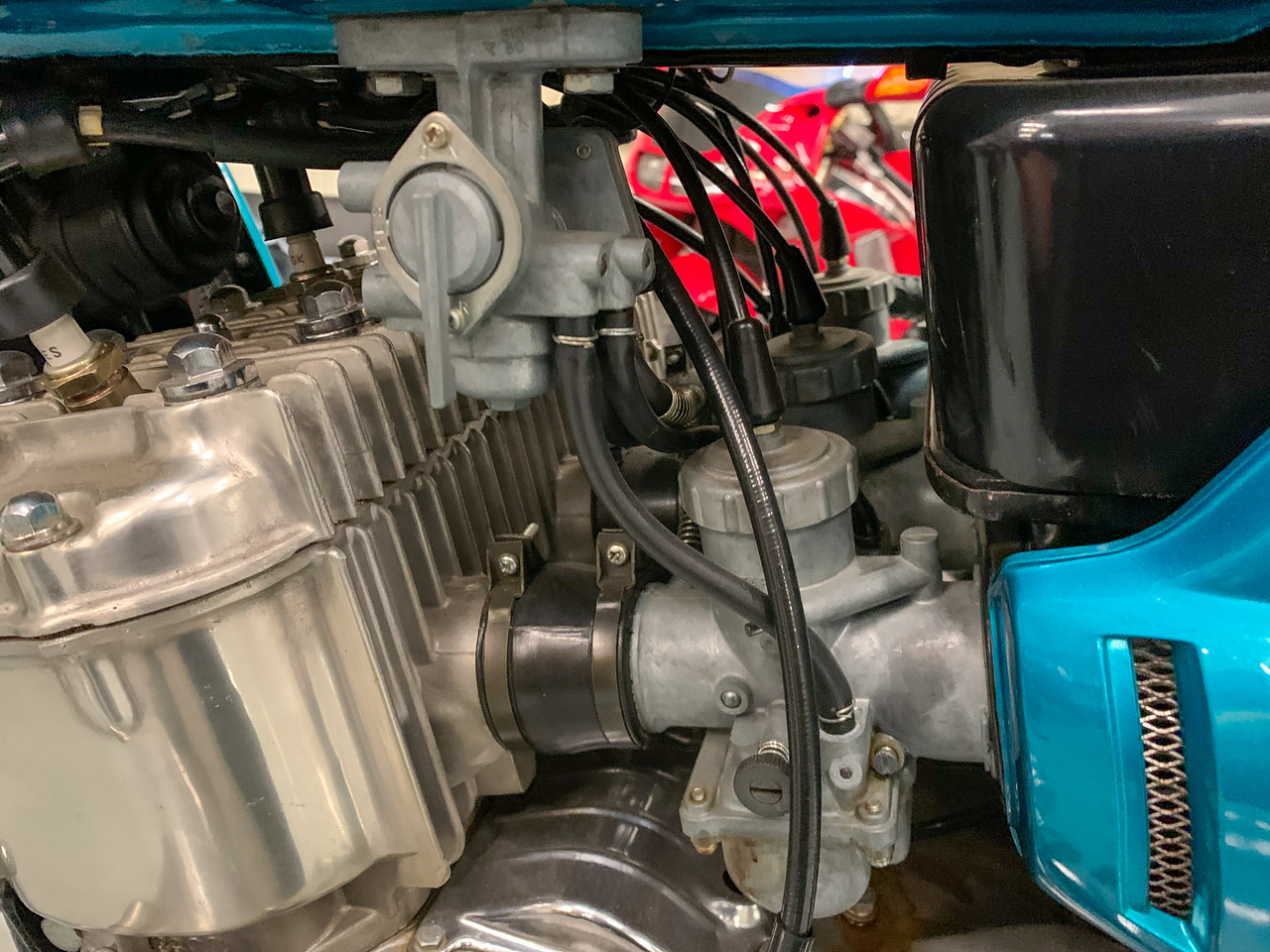 The two-stroke engine had a strong flat torque curve producing useful drive from as little as 2000 rpm and provided a more sophisticated ride than its peakier H2 rival. Also included was Suzuki’s SRIS (Suzuki Recycle Injection System) which was a method for lowering the visible exhaust smoke by collecting and burning residual oil/gas lying in the bottom of the crank chambers. This was a first for any two-stroke from any manufacturer.

The cylinder block was alloy with cast iron liners. It had a five-speed gearbox and three into four exhaust. The ride was most impressive when the GT was used in a touring function, being able to cruise at high speed in relative comfort. Enthusiasts yearly gather at events to show off their pride and joy, and also to celebrate Suzuki’s first big 750cc success, this bike was the beginning of Suzuki’s love affair with the 750 class. 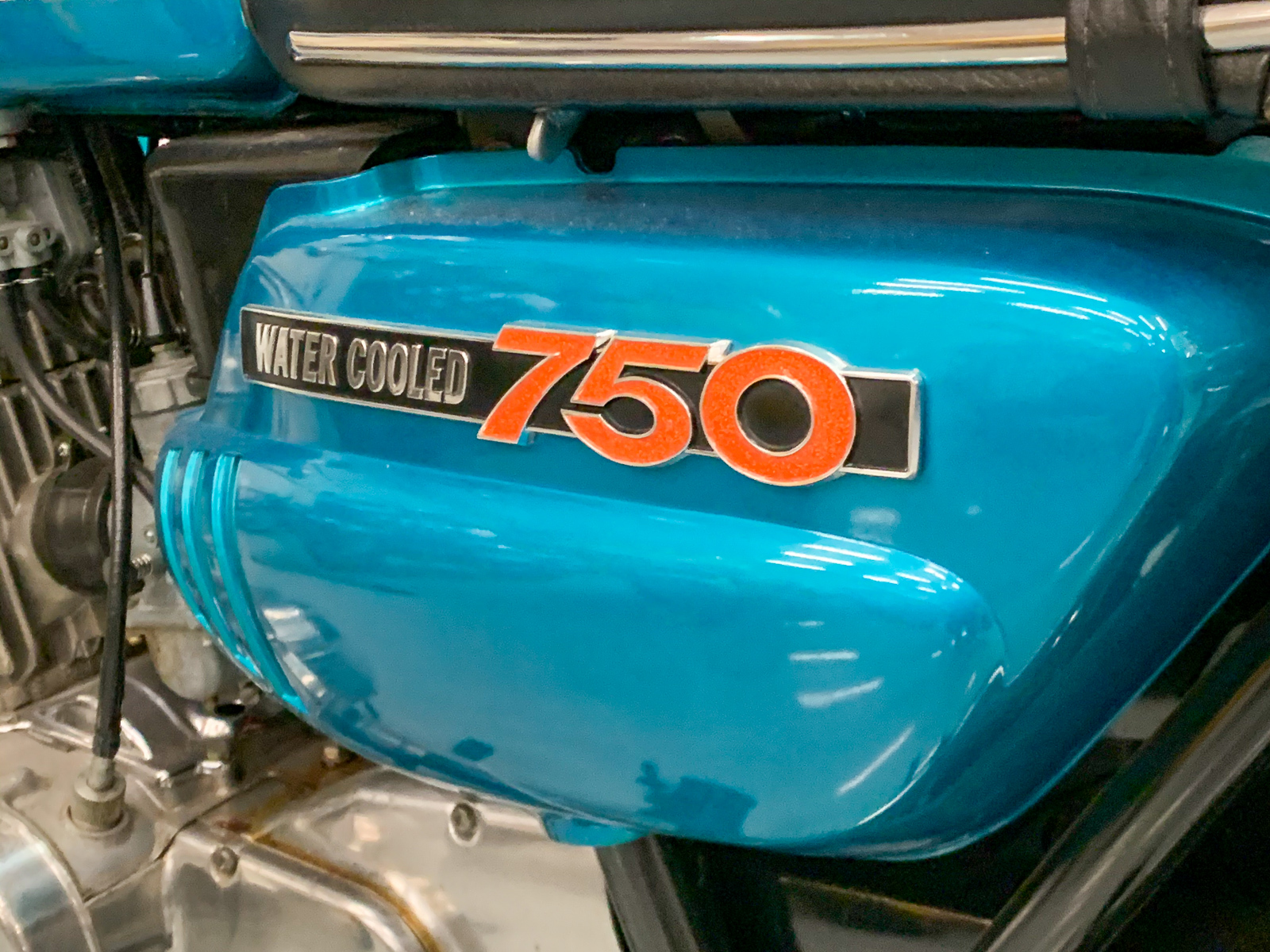 This example (VIN: GT750-21469) was at the Mid-Ohio auction quite some time ago and the current owner missed out on it, but he saw it at the Barber auction three years later with no extra miles.

In the seller’s words, “I never rode it – much like many auction bikes the details were quite sparse but it had all the right documentation and it was the nicest one I’d seen.” 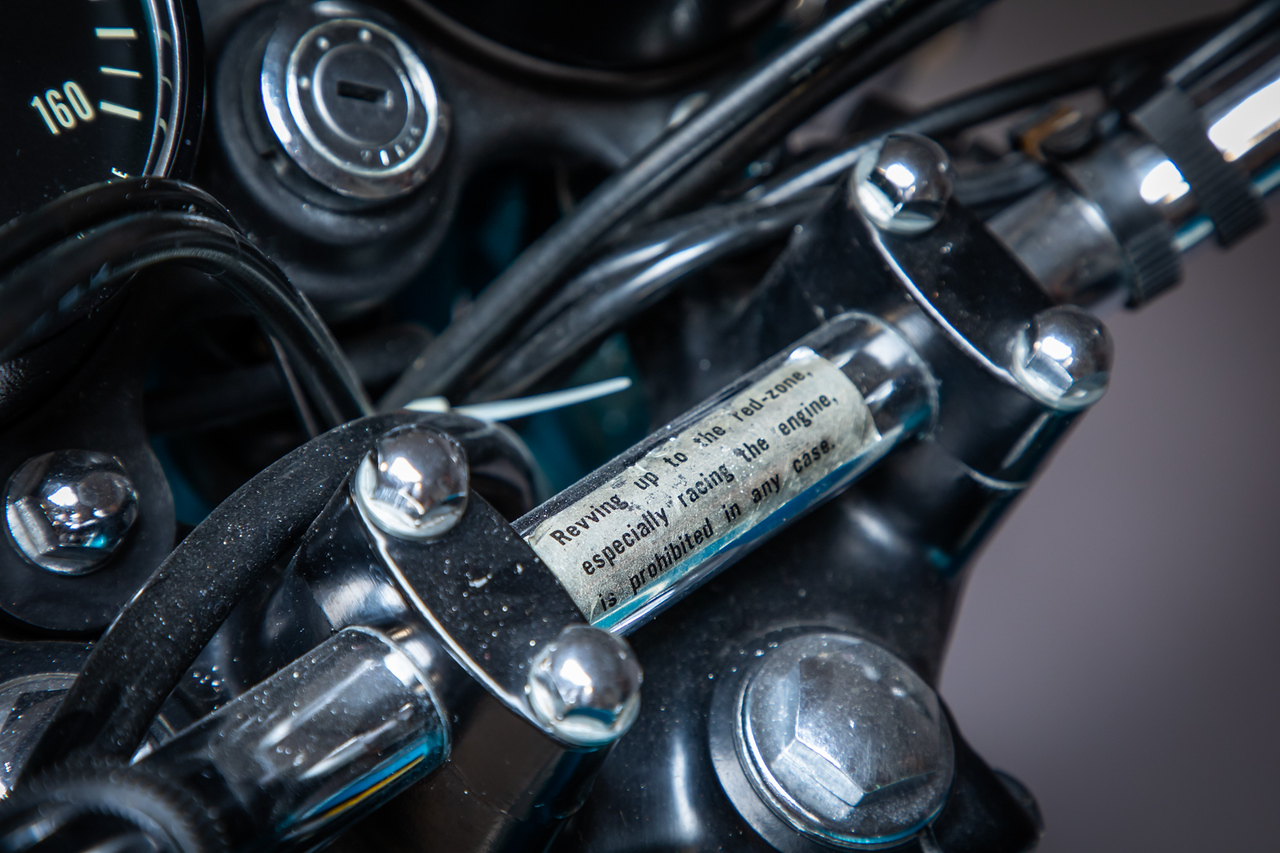 The owner states that fuel was drained from the carbs and tank.

The bike stayed in his living room for his entire ownership. 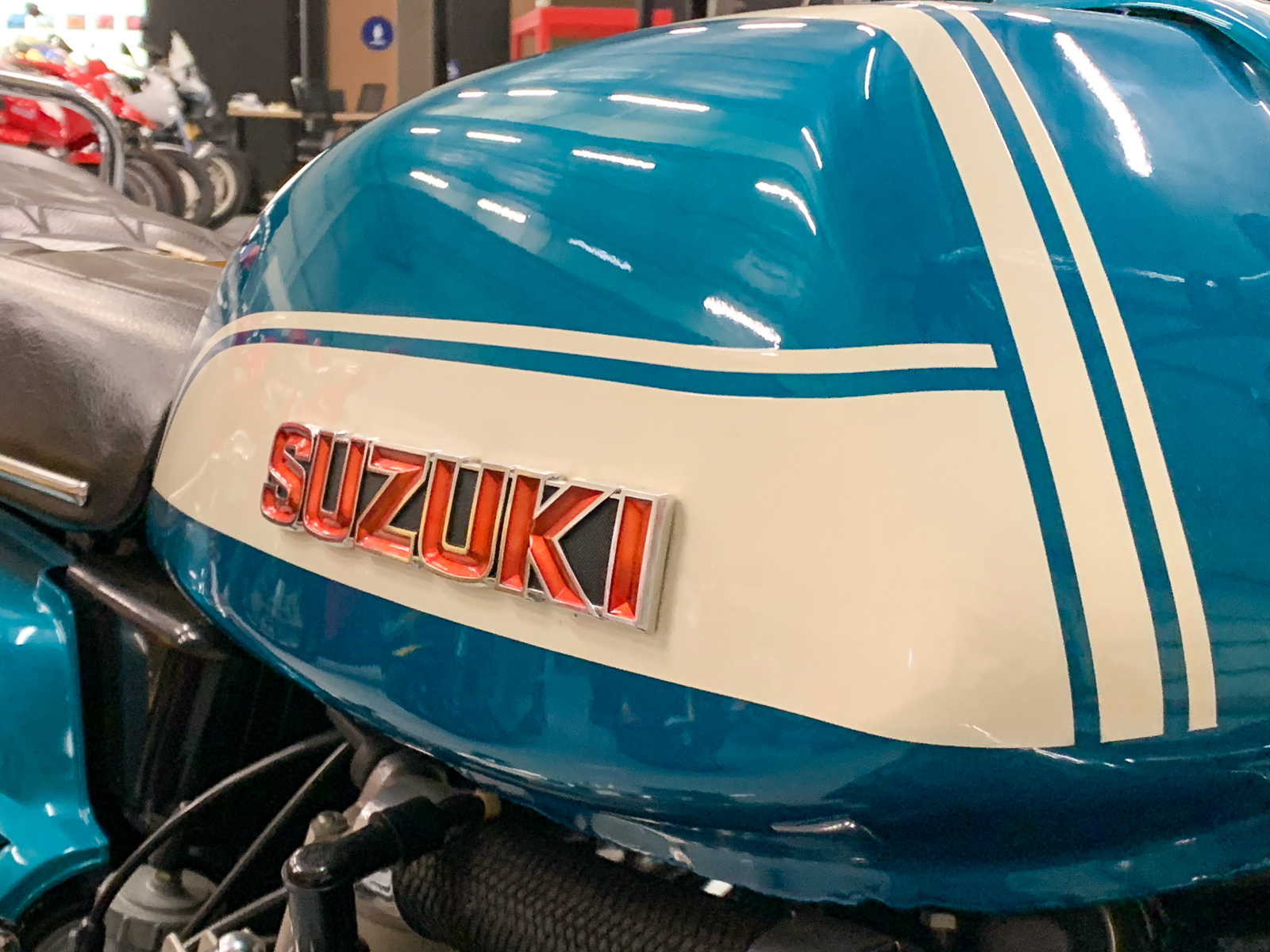 It has been sitting for some time and will need recommissioning if you want to ride it. The one cosmetic flaw we note in the bodywork is a tiny chip in the paint in the right side of the tank. 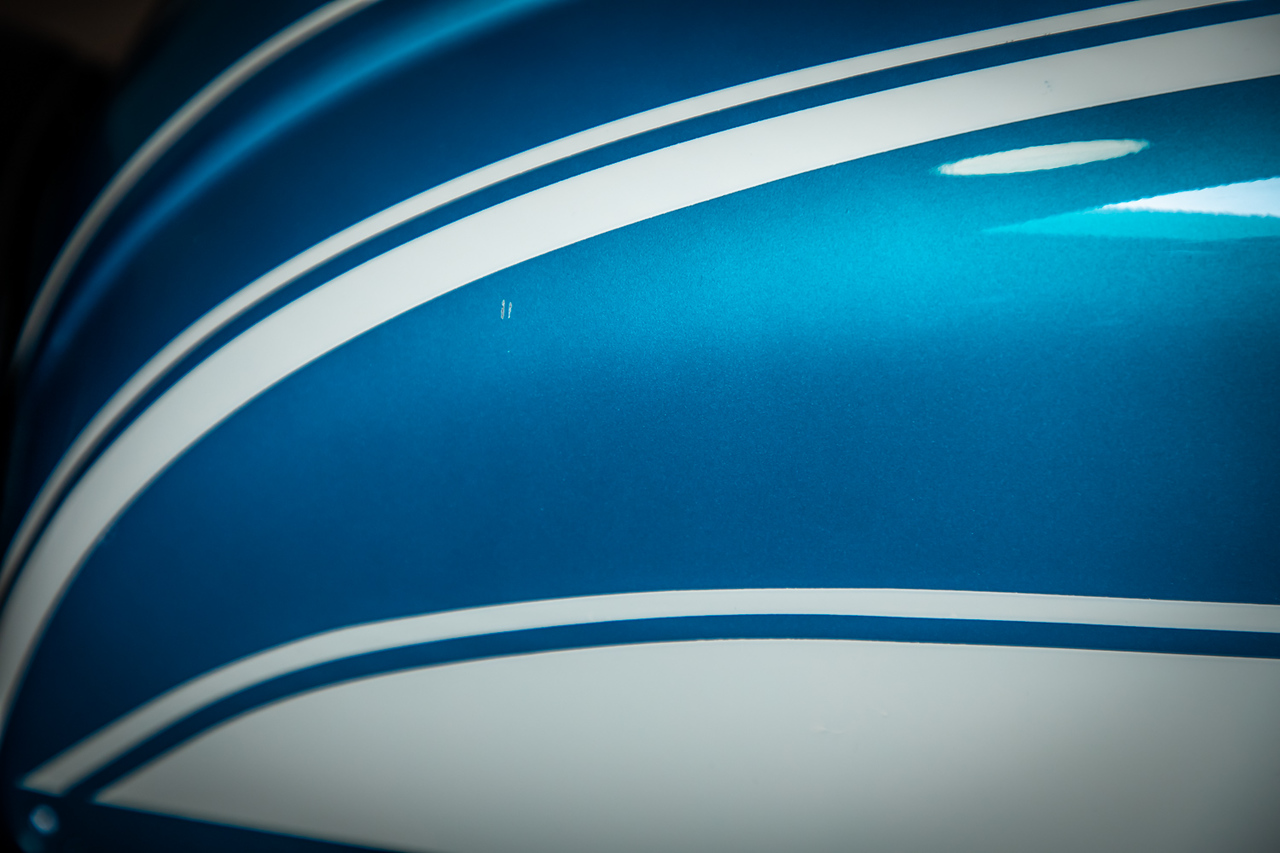 There is also minor wear on some metal pieces. 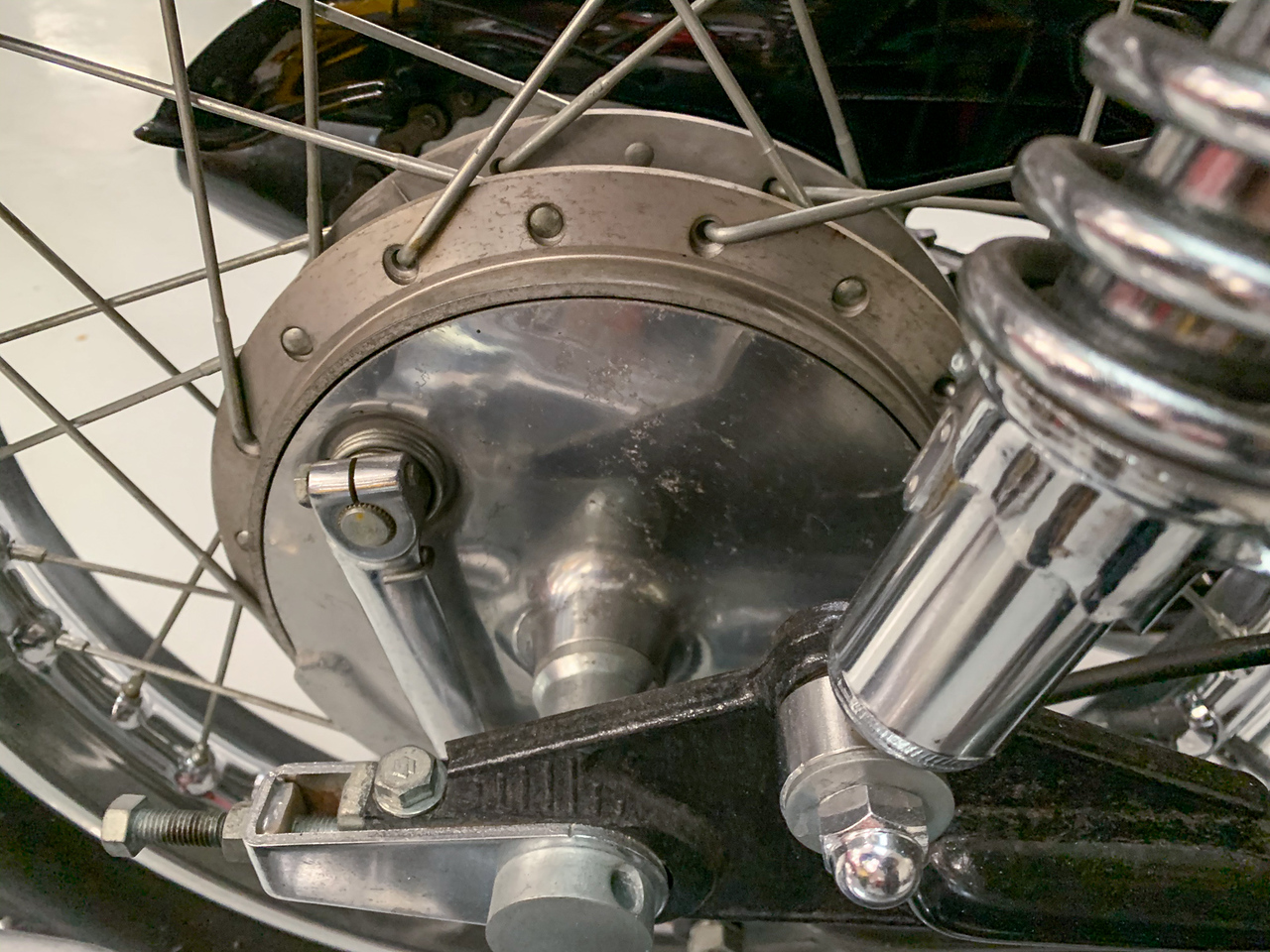 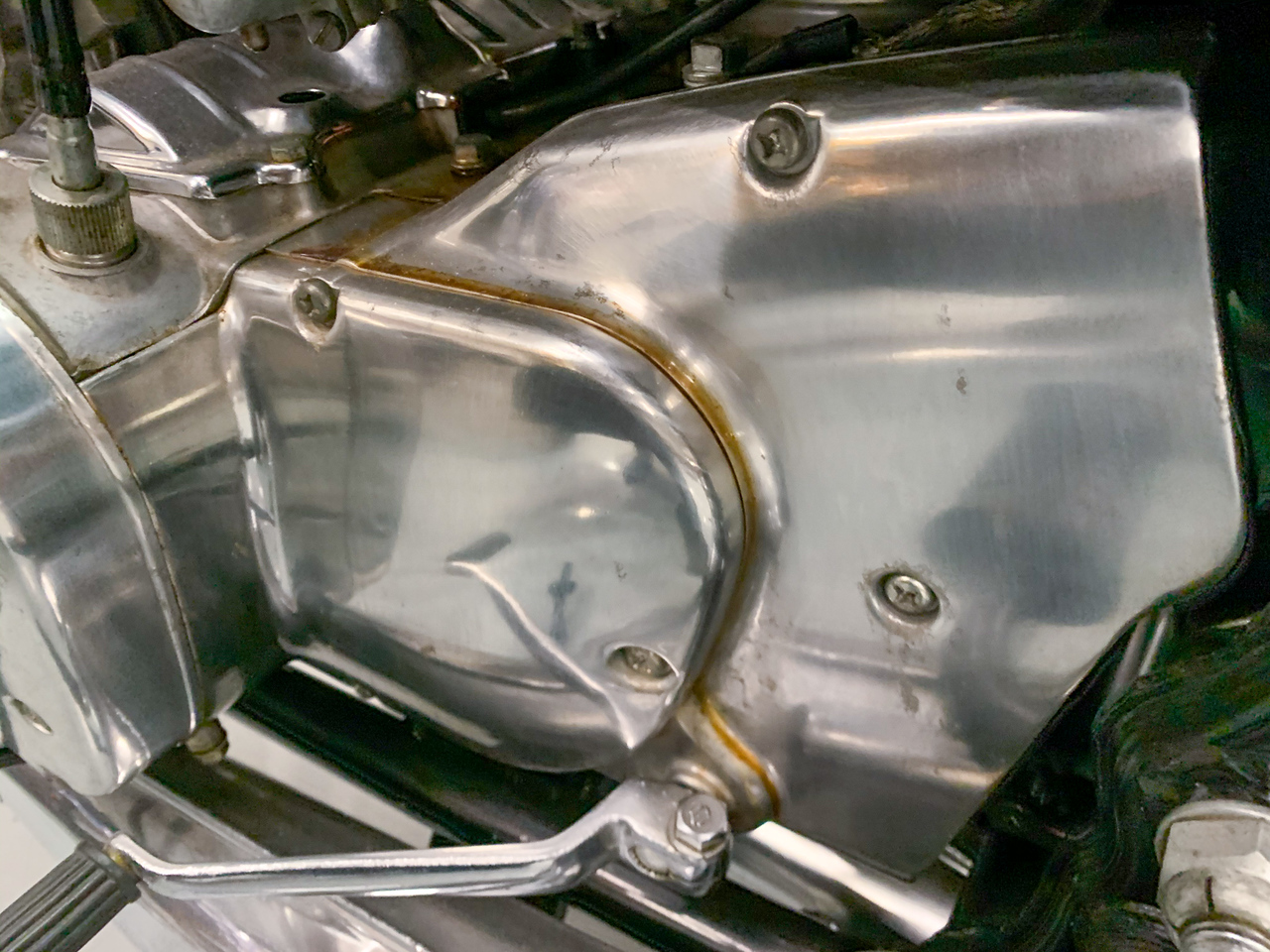 The sale includes the original Ohio title, original sales invoice from Cycle City Inc of Wadsworth, Ohio, and the Suzuki Servicard/owner’s manual in a plastic bag. 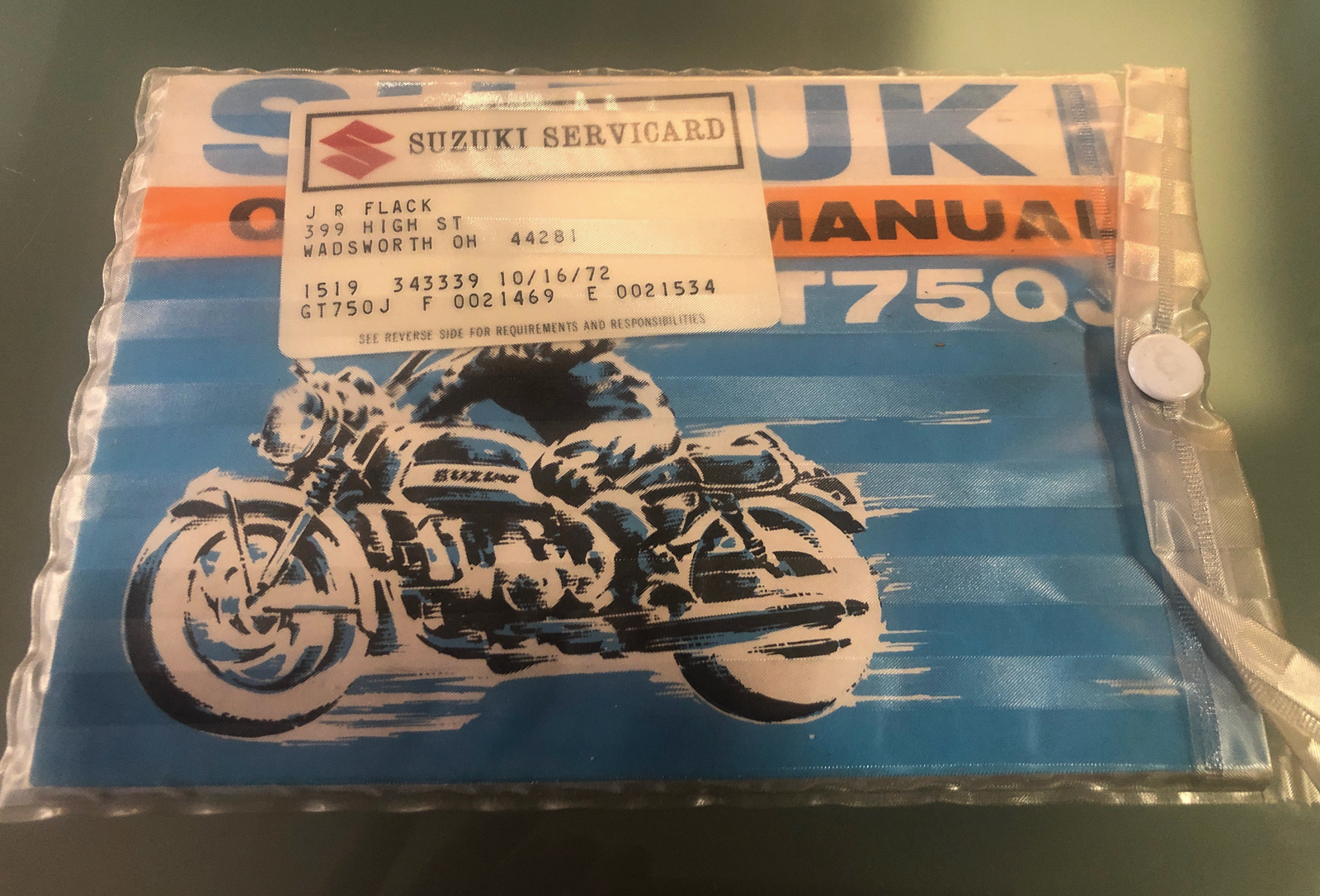 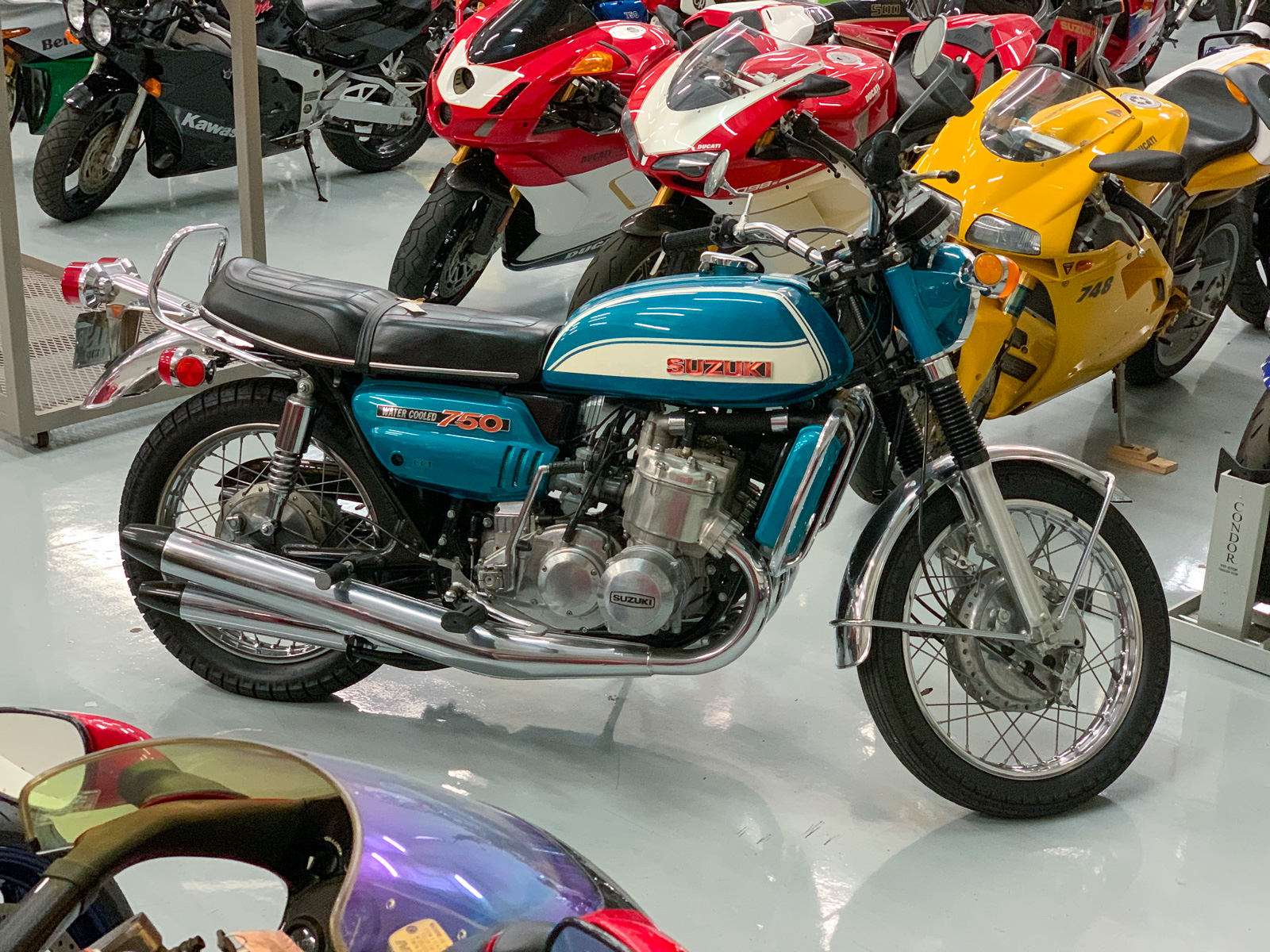