Additional photos of this Kawasaki H1 Mach III are available here for your perusal. 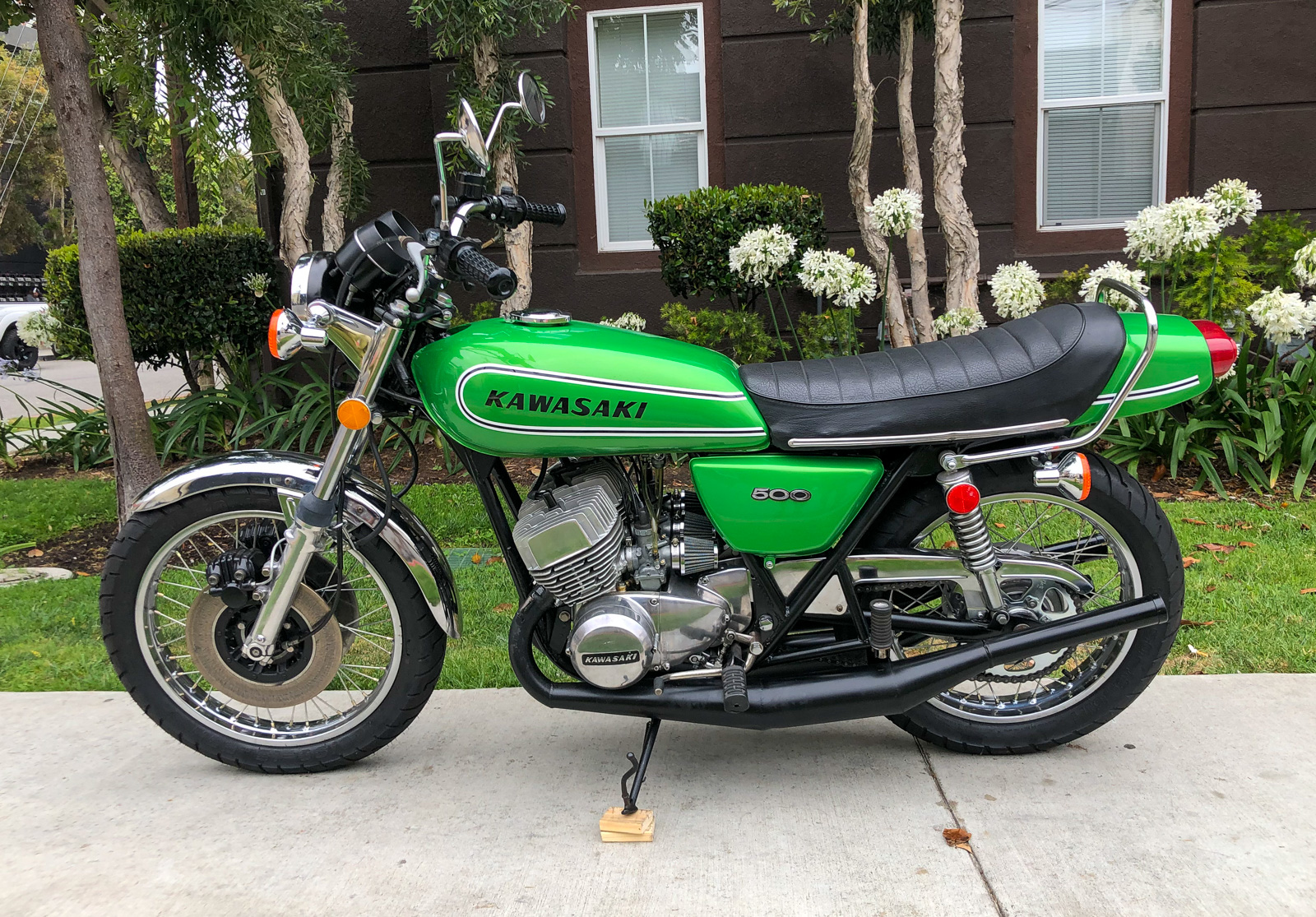 Kawasaki’s Aircraft Company began the development of a motorcycle engine in 1949. The development was completed in 1952 and mass production started in 1953. The engine was an air-cooled, 148 cc, OHV, four-stroke single cylinder with a maximum power of 3.9 hp at 4,000 rpm. In 1954, the first complete Kawasaki Motorcycle was produced under the name of Meihatsu, a subsidiary of Kawasaki Aircraft. In 1960, Kawasaki completed construction of a factory dedicated exclusively to motorcycle production. 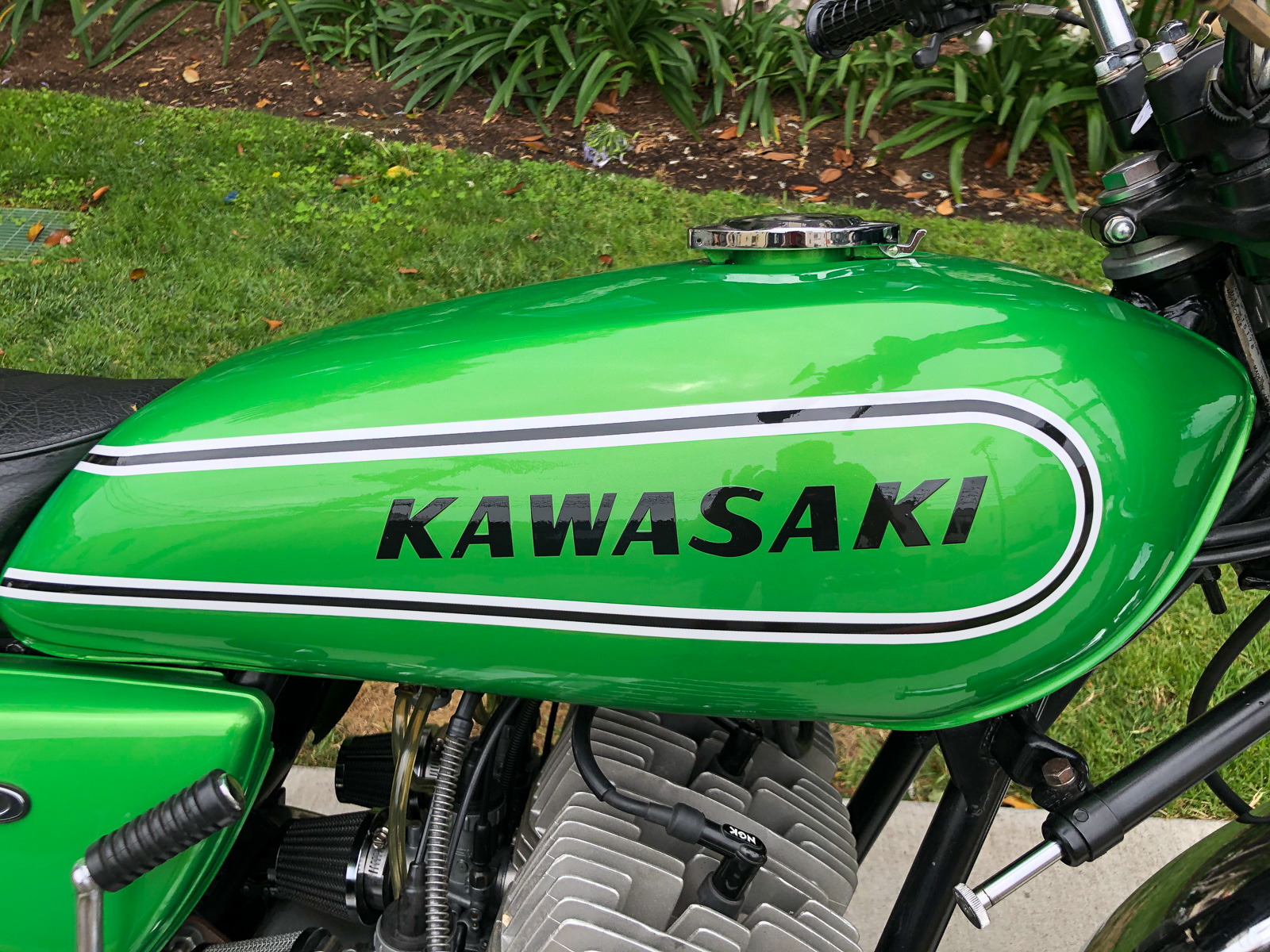 By the mid-1960s, the US had become the largest motorcycle market. American riders were demanding bikes with more horsepower and higher maximum speeds. Kawasaki already had the largest-displacement Japanese machine with their 650 cc four-stroke W series, but it did not fit the niche Kawasaki was aiming for. Honda had introduced its Honda CB450 in 1965 and in 1969, the Suzuki T500 Titan/Cobra appeared. Also in development was the Yamaha XS 650. Already familiar with the Honda CB450, Kawasaki development began work on the top secret N100 Plan in 1967.

The goal was to produce a motorcycle with 500 cc displacement that was able to develop 60 hp and have 13-second quarter-mile times, then considered over the achievable limit for a road bike. When announced in 1969, the H1 was factory quoted in the UK motorcycling press as “the fastest and best accelerating road machine ever produced, being capable of 124 mph and 12.4 sec. for the standing start quarter mile“. Motorcyclist magazine said the Mach’s power-to-weight ratio was the “best ever produced in a motorcycle meant to sell to anyone who has the money to purchase it.”

The Kansas title for this (H1F-15178) states that it is a 1974 model, though an undated Bill of Sale is included with the paperwork that lists this bike as a 1973. According to KawaTriples (which claims to have pulled data from historical Kawasaki documentation), this was a 1973 model, and that’s how we have listed it. 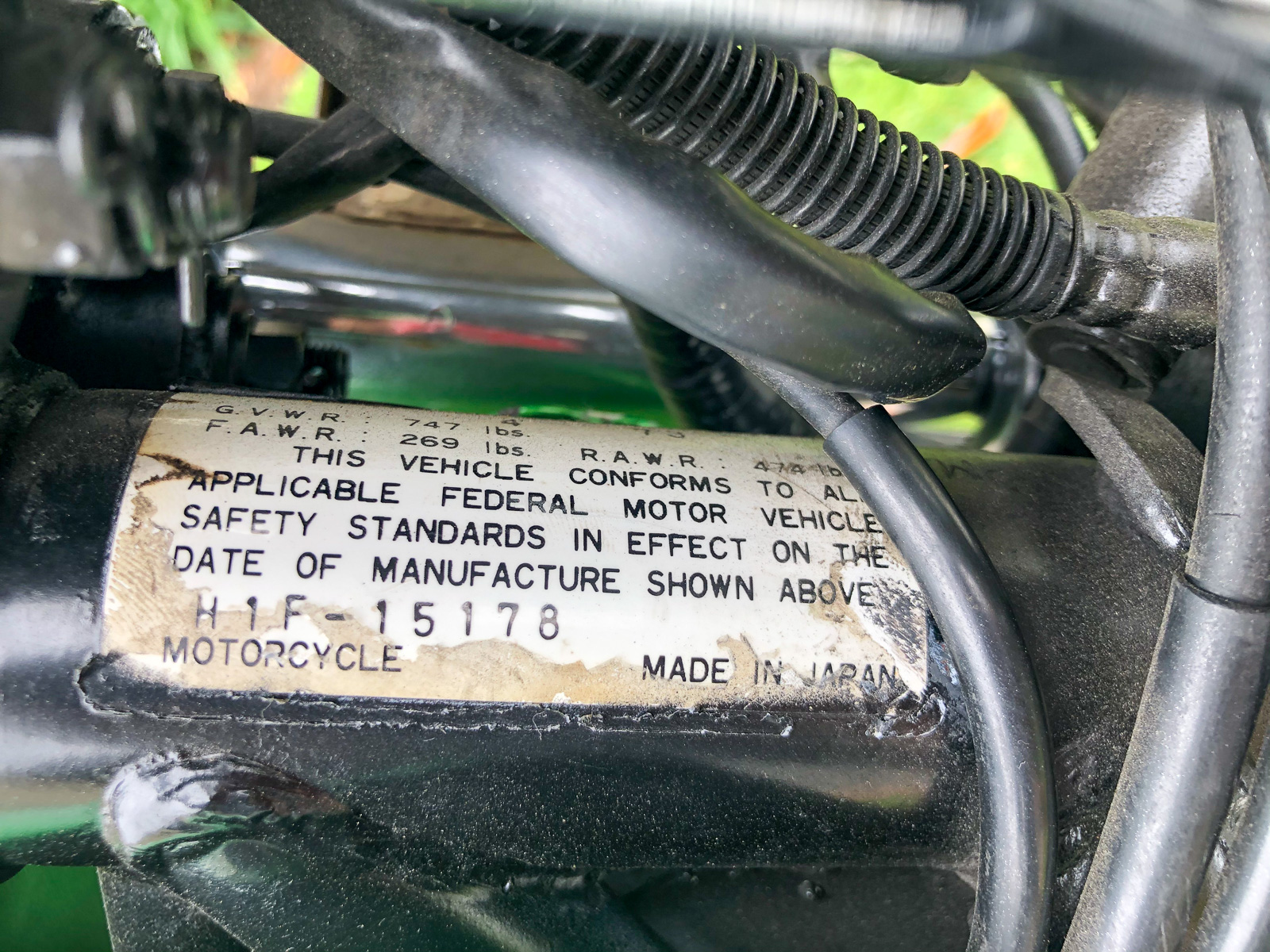 It was restored in late 2017 by a gentleman in Florida who added a little custom flair. It’s all sorted out mechanically and looks great in Candy Green with some polished parts. The restoration included:

Rebuilt crankshaft, bearings, seals and all gaskets.
Pistons and Rings (.50 over).
Rebuilt carburetors with pod filters. 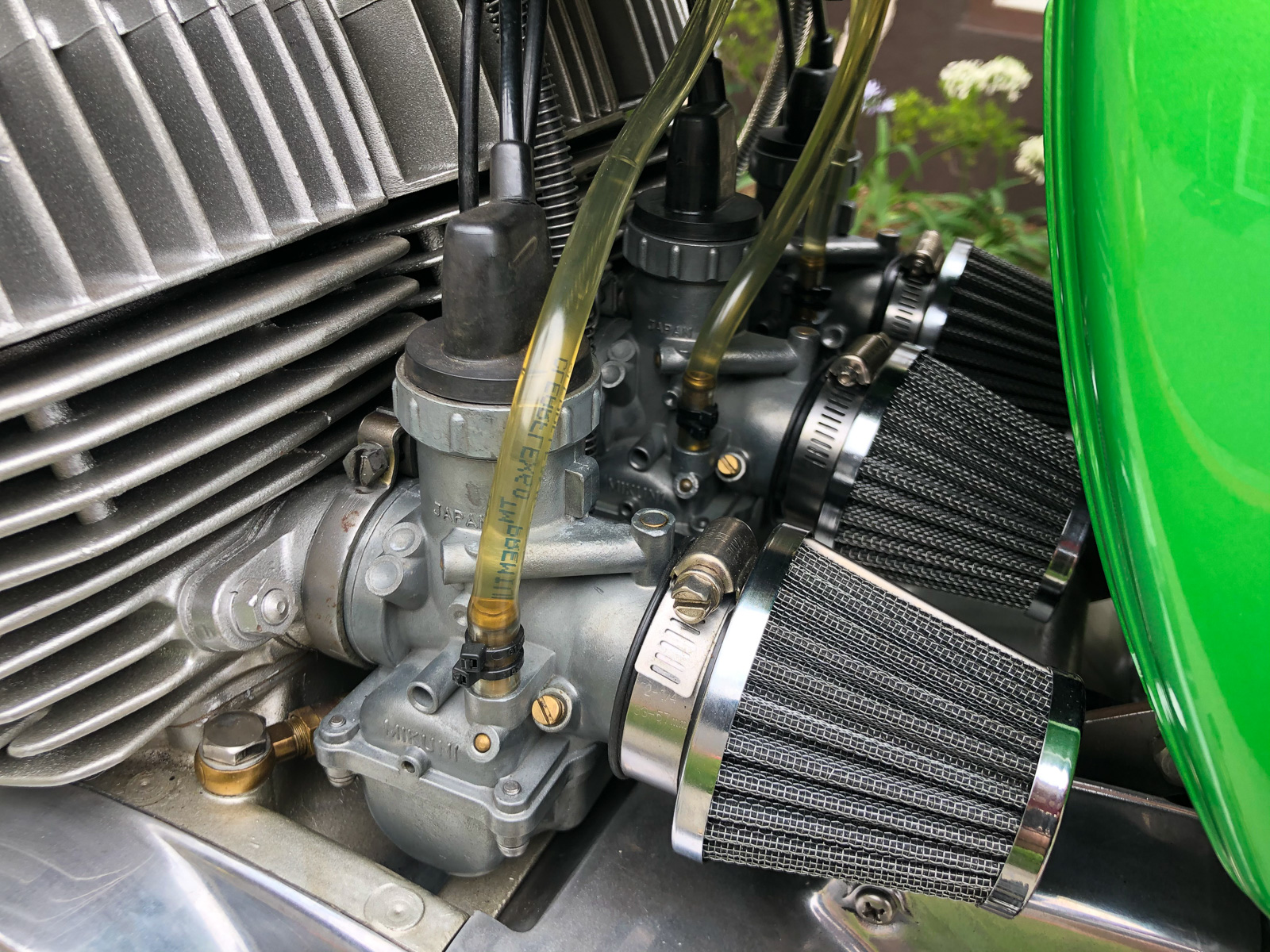 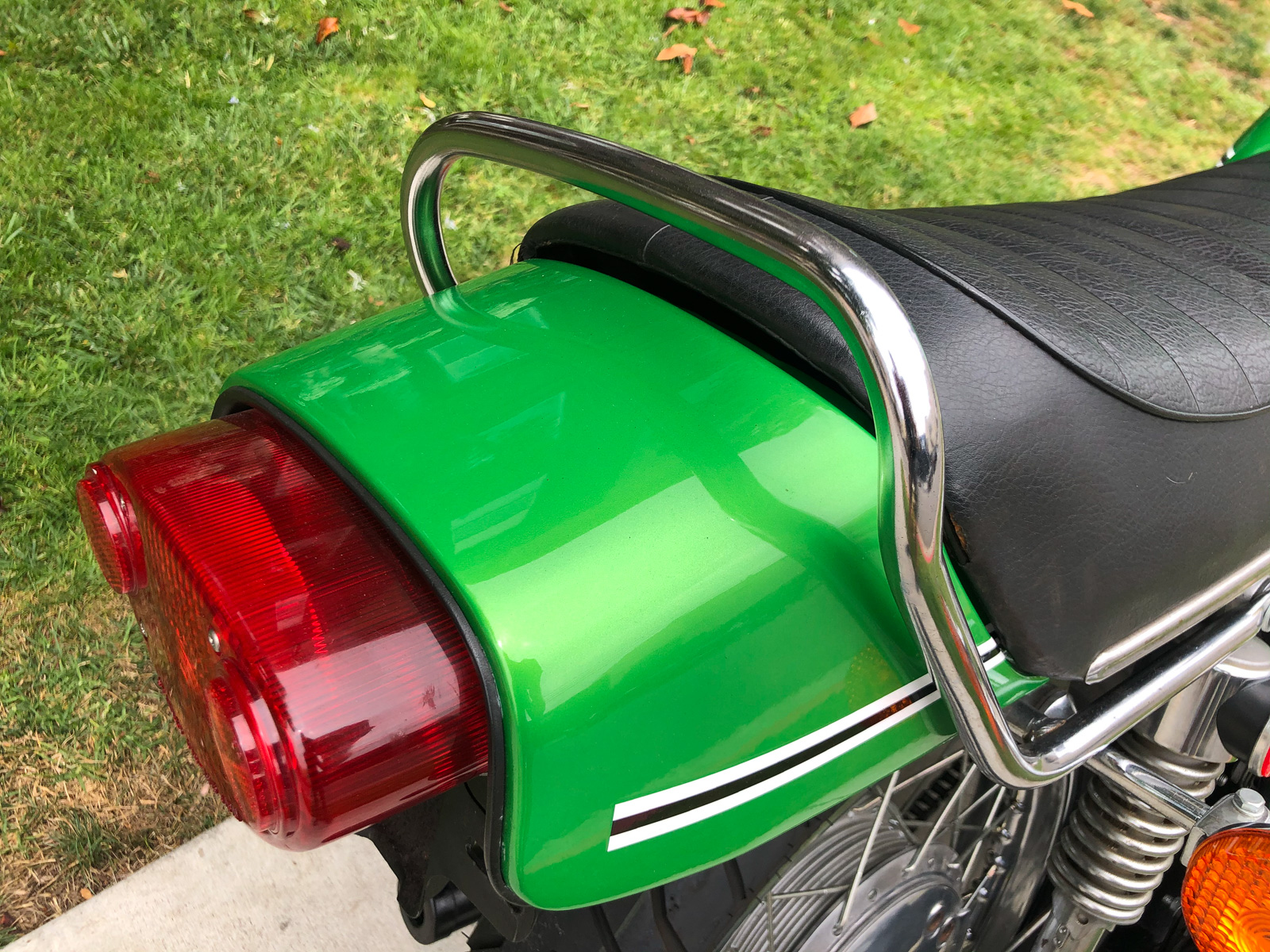 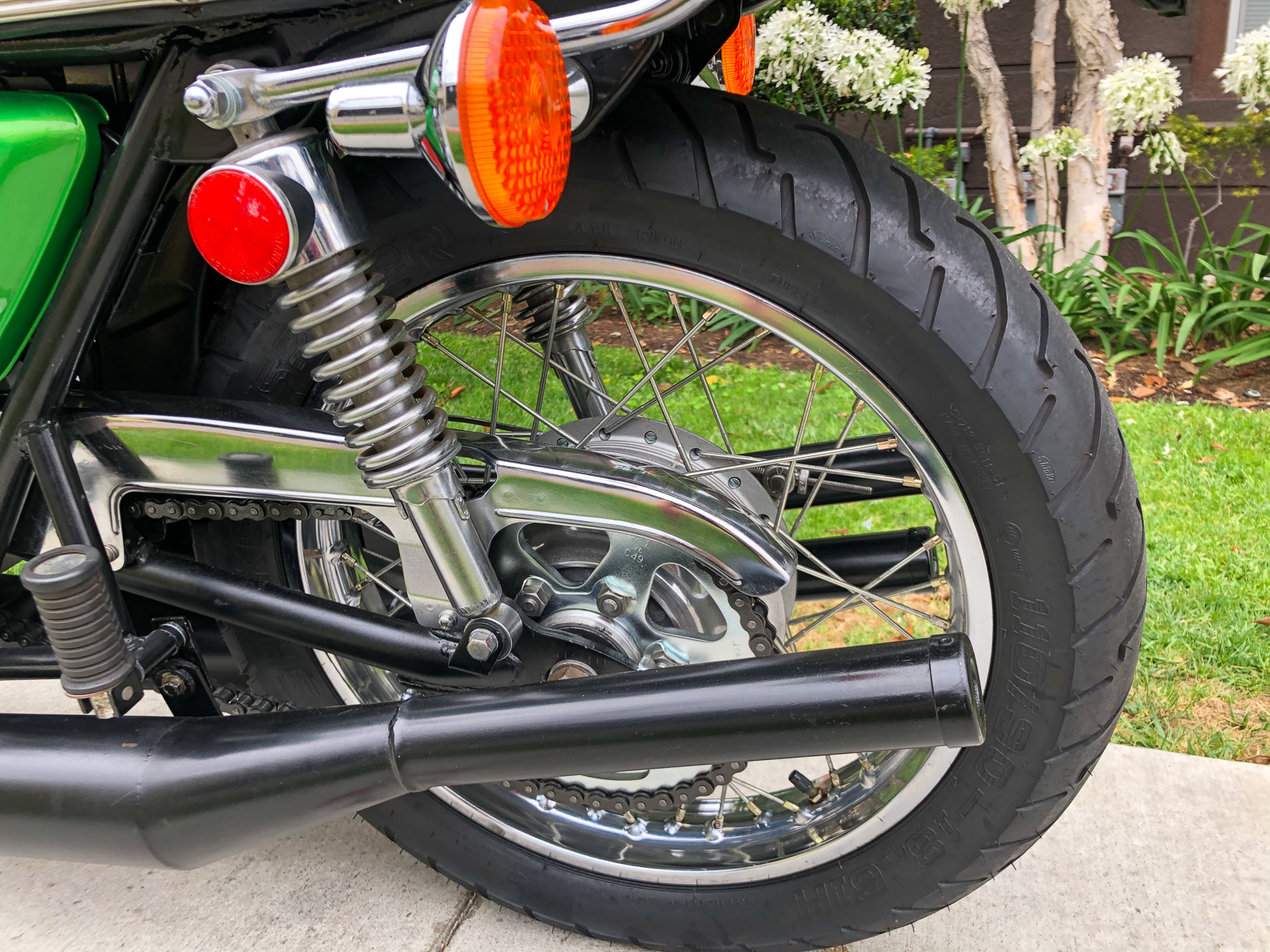 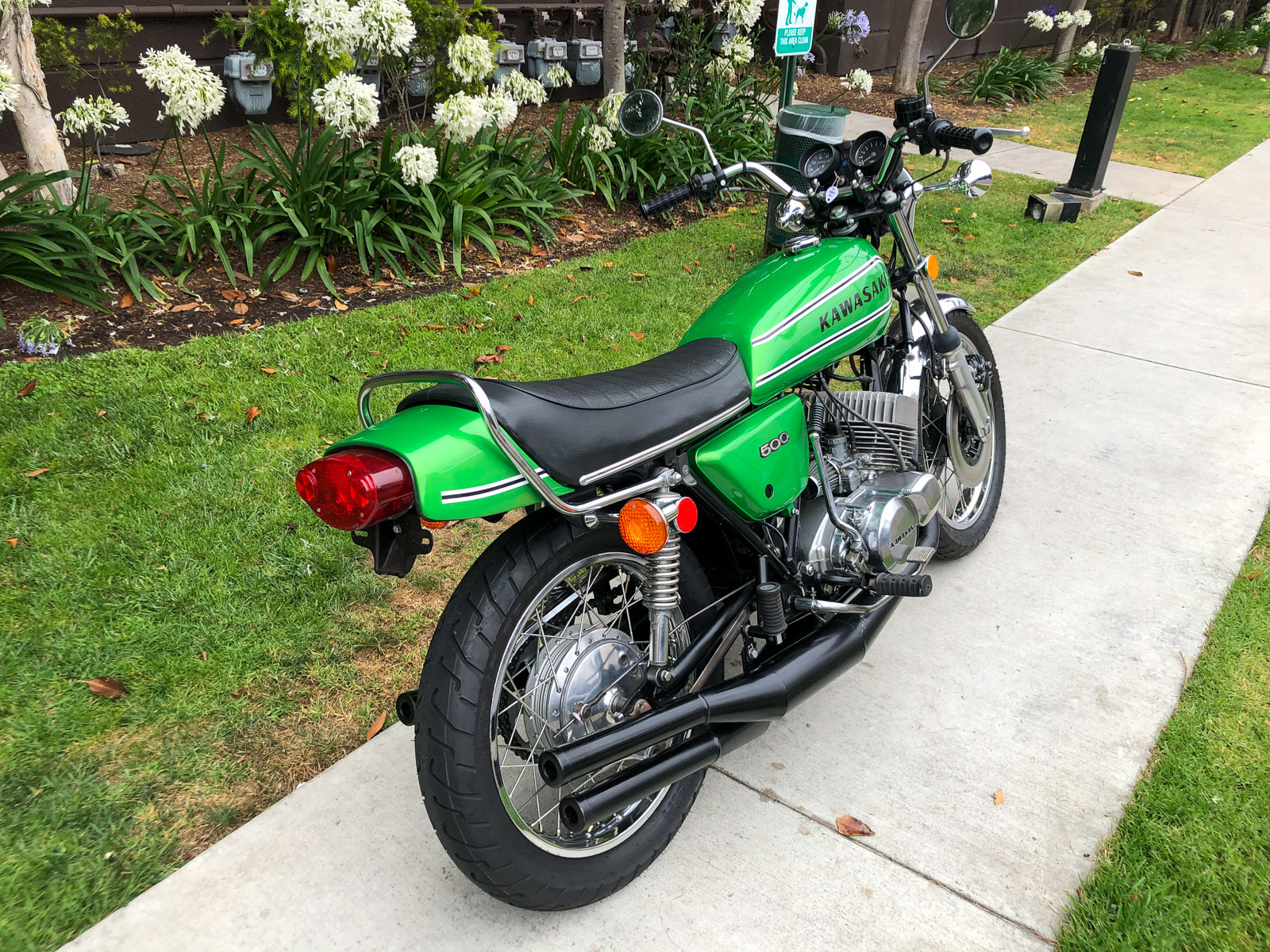 We note just a few minor cosmetic issues: a hole in the seat, a scratch in the exhaust, some scratches in the headlight ears, and discoloration of the speedometer glass. 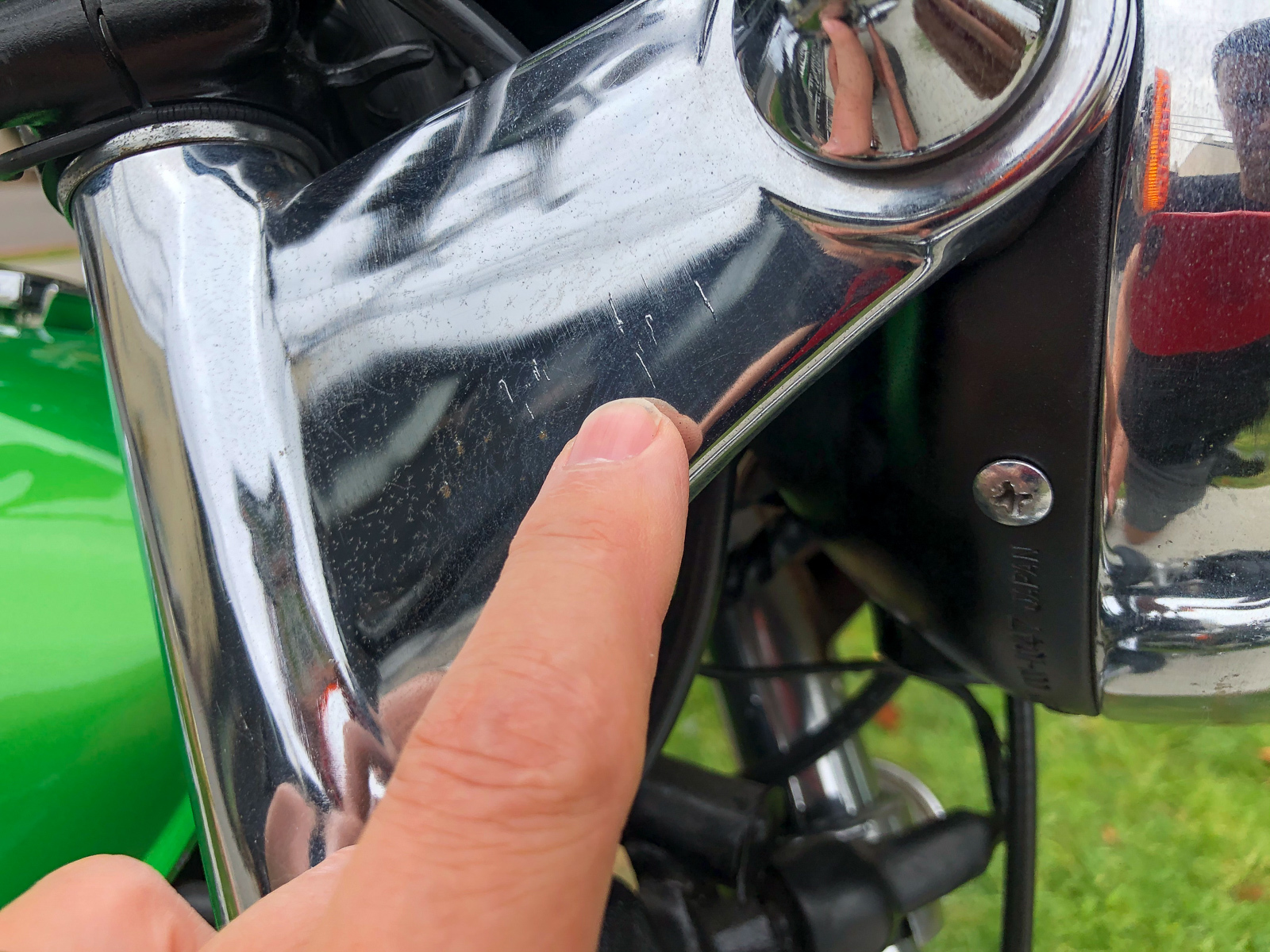 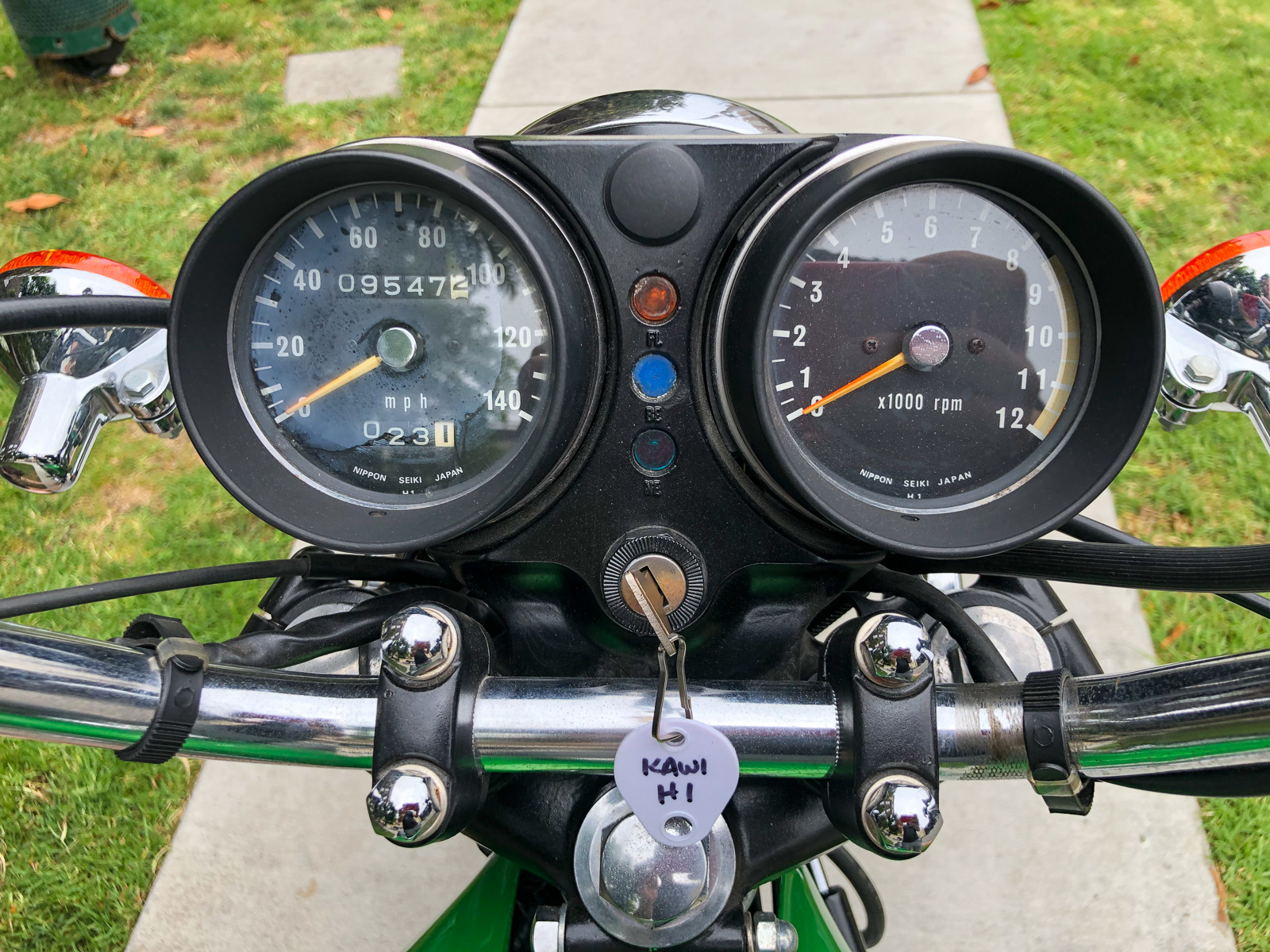 Have any H1 stories or got any questions? Let us know in the comments below!