Additional photos of this Norton Commando are available here for your perusal. 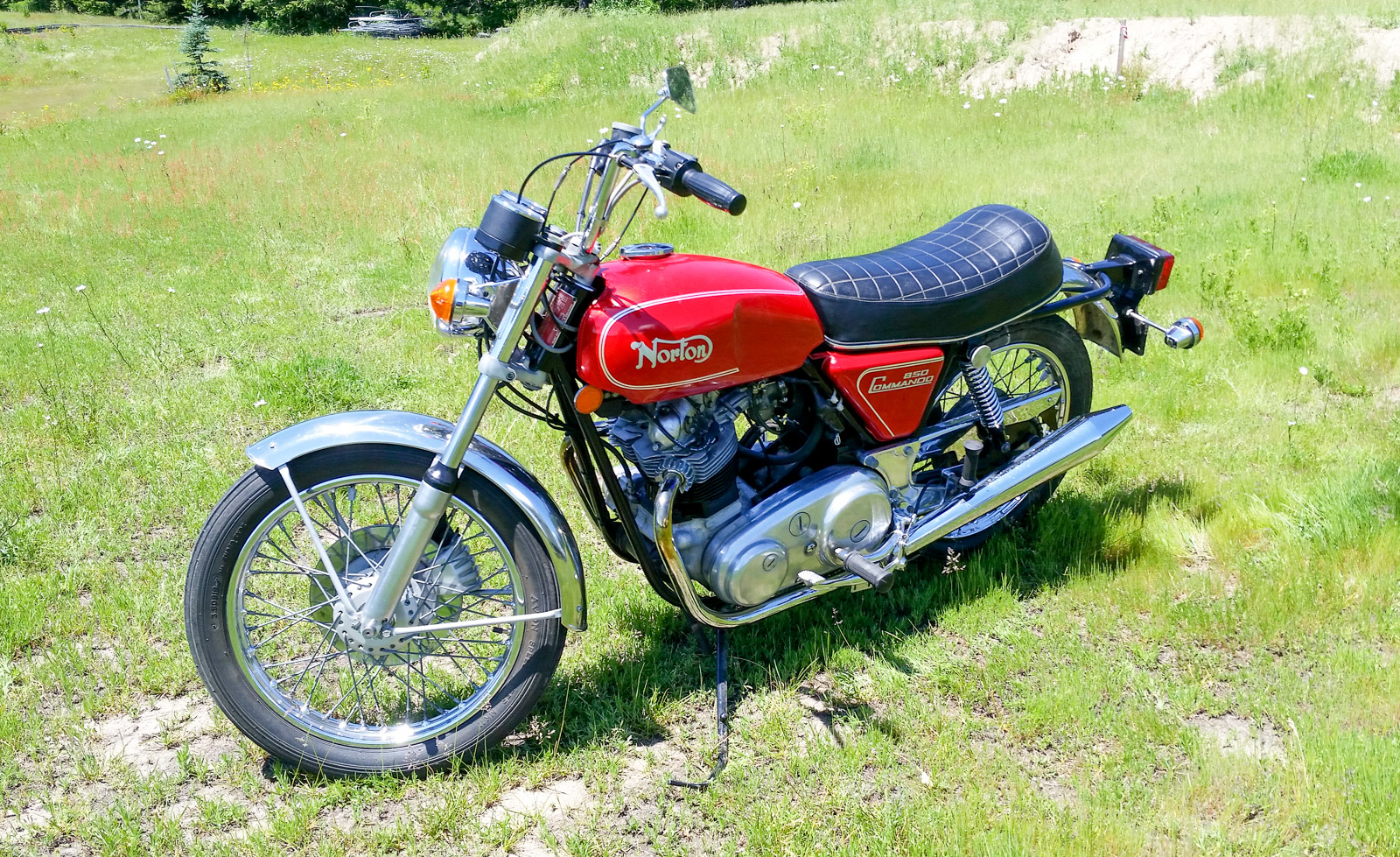 Walking into a Norton dealership in 1974, you would have been presented with a wide lineup of offerings with “Commando” on the sidecovers: the John Player Norton, the Hi-Rider, the Street Scrambler, and the Interstate. But the most common was the standard model, otherwise known as the Roadster. The Commando got a 850 motor (actually 828cc) in 1973, but 1974 was a tough time for Norton Villiers Triumph as England’s government withdrew a subsidy early in the year and they suffered through a sit-in at Meriden.

By the end of the year, the company had lost over 3 million pounds. Despite that, the Commando was as beautiful as ever, and the recent 850cc motor was a pleasant upgrade. This was from the last year of production where Norton had the shifter on the right before they had to switch it for US legal requirements. 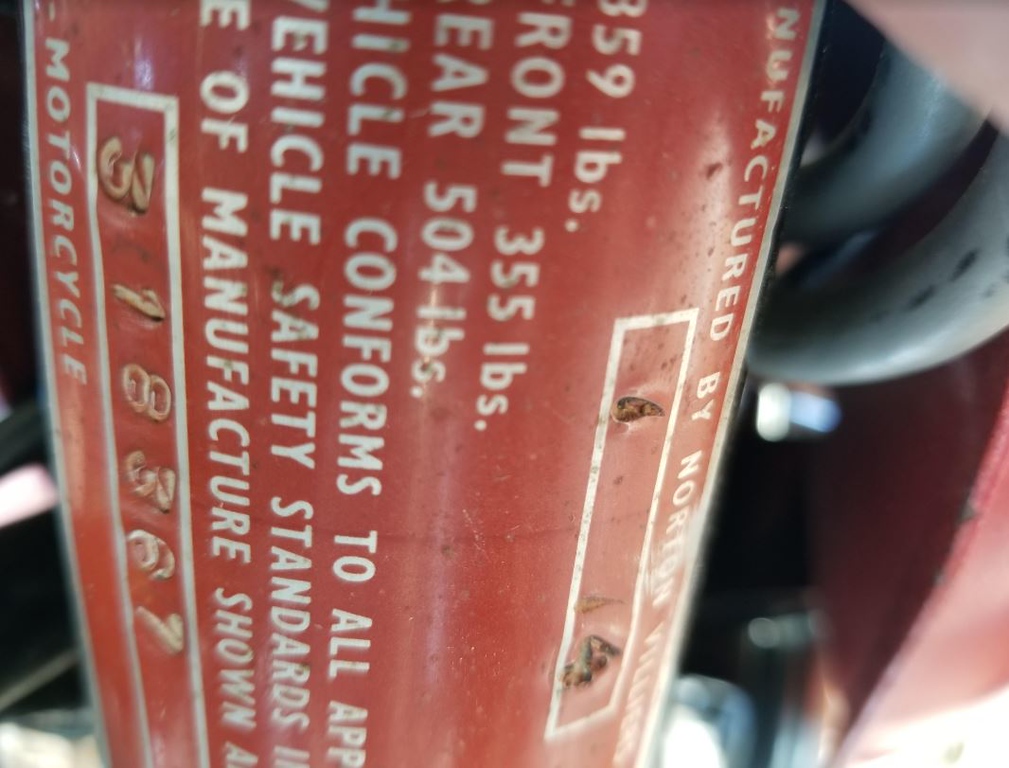 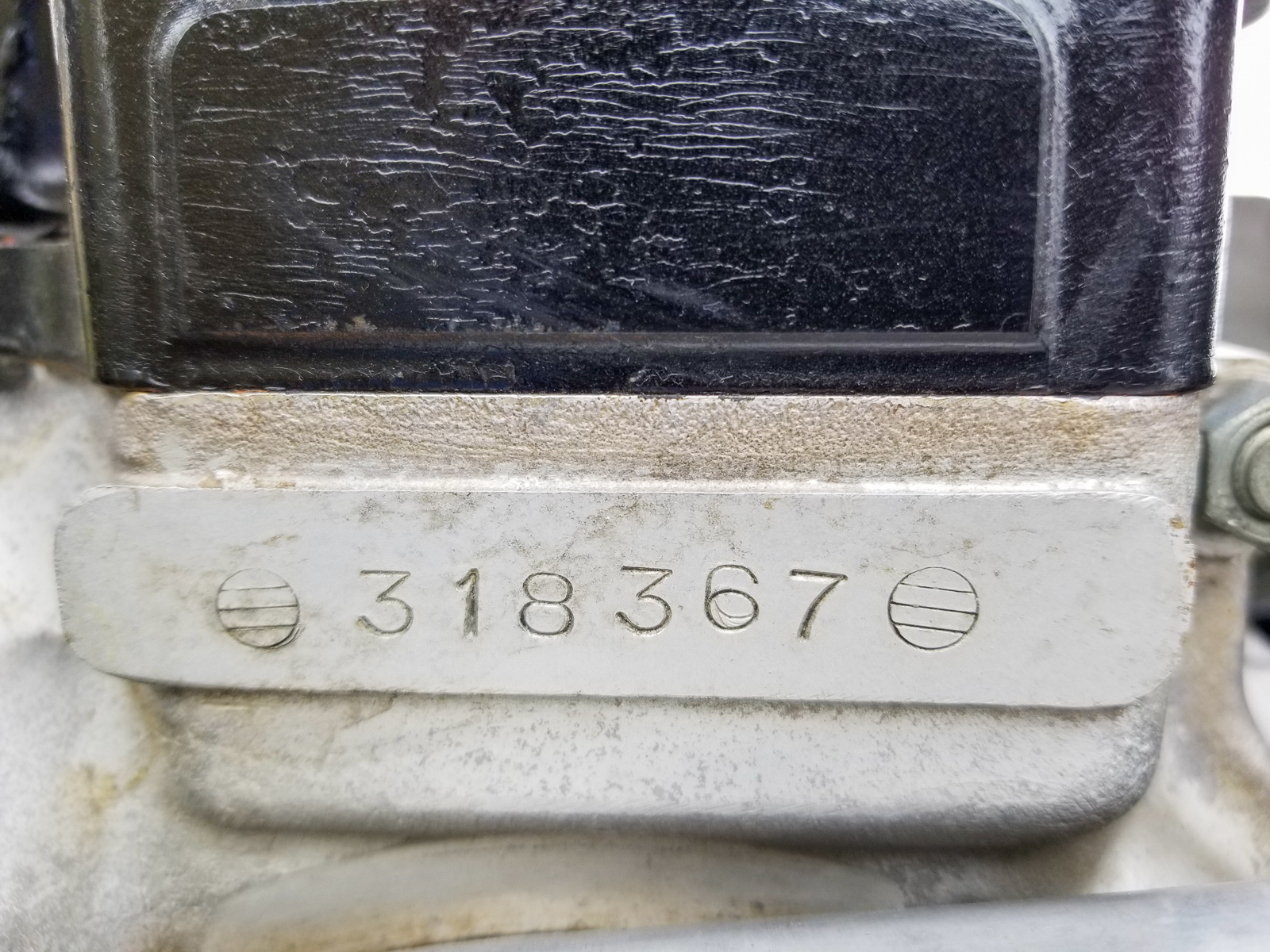 He acquired it from his brother five years ago and has put less than 1,000 miles on it since. The odometer now shows 9,342 miles.

There are no known mechanical issues. The sole cosmetic issue is a small imperfection in the paint on the top of the tank. 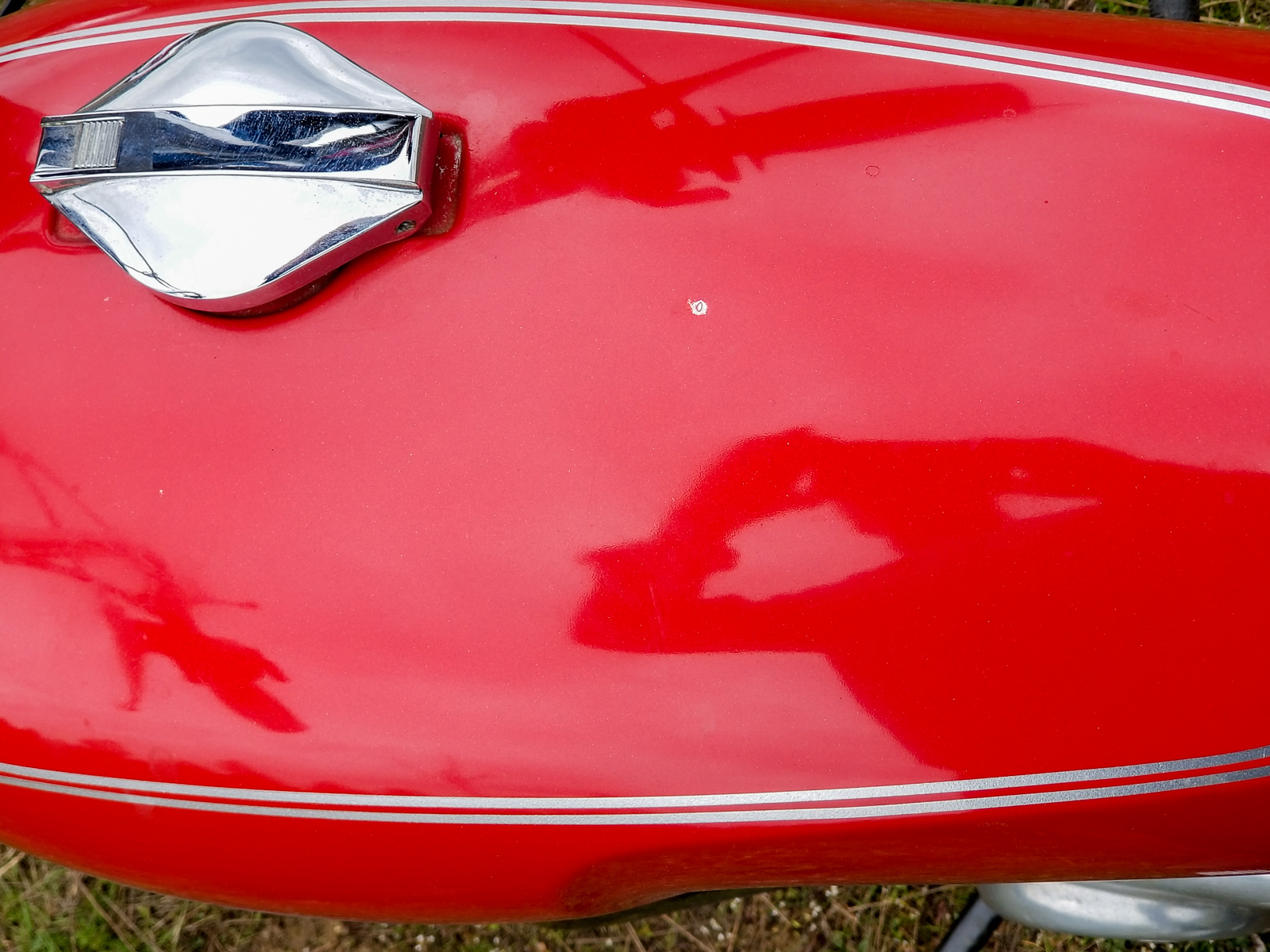 The seller is letting it go as he isn’t riding enough and he knows the “bike will be better with someone who can enjoy it more.” 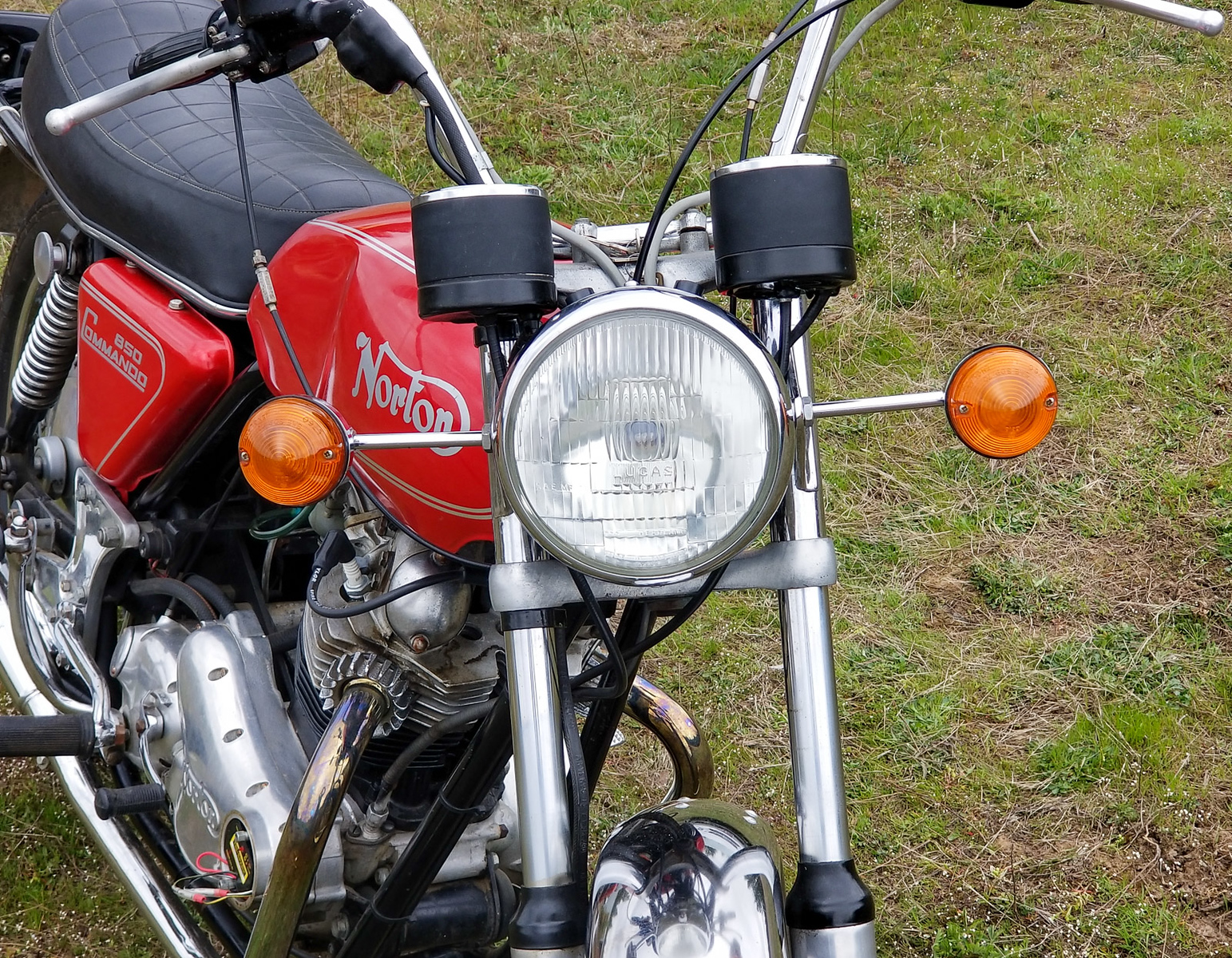 The seller notes that the fuel petcocks were replaced with OEM Norton parts 3 years ago.

This original Commando is ready to ride – but the dog’s not included!

I own the same year and model and color…sort of, my red is much more metallic and slightly deeper red, not as bright. Can’t swear my paint is original, but it also only has about 10K miles on the clock. Probably the best year for the Commando, nice machines!

Very nice original! And in the family since new… Someone in that family will surely have seller’s remorse when it is gone!