Additional photos of this 1974 Suzuki GT750 are available here for your perusal.

The ’74 model was called the L, and it was differentiated with thinner side panels that only said “GT750” – the Liquid Cooled badging was now displayed on the cylinder barrels. The forks no longer had gaiters, the carbs were now 40mm Mikunis, the dash got a gear position indicator, the airbox had chrome-plated covers, and the radiator got a plastic grill. 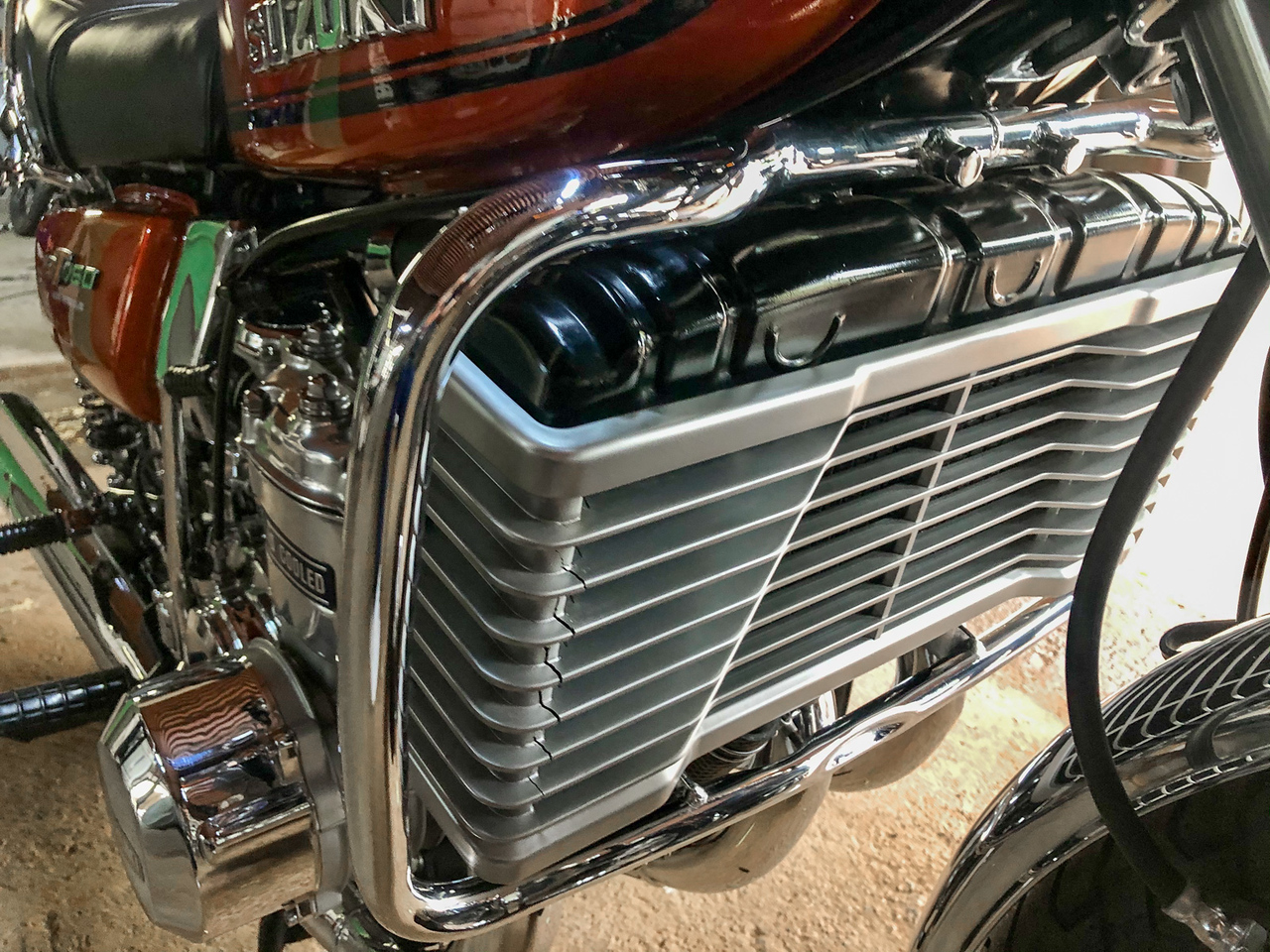 In addition, the exhausts were redesigned to allow for more ground clearance and the engine was slightly hopped up so it made 70 horsepower. Available color options were Flake Blue and Flake Orange. 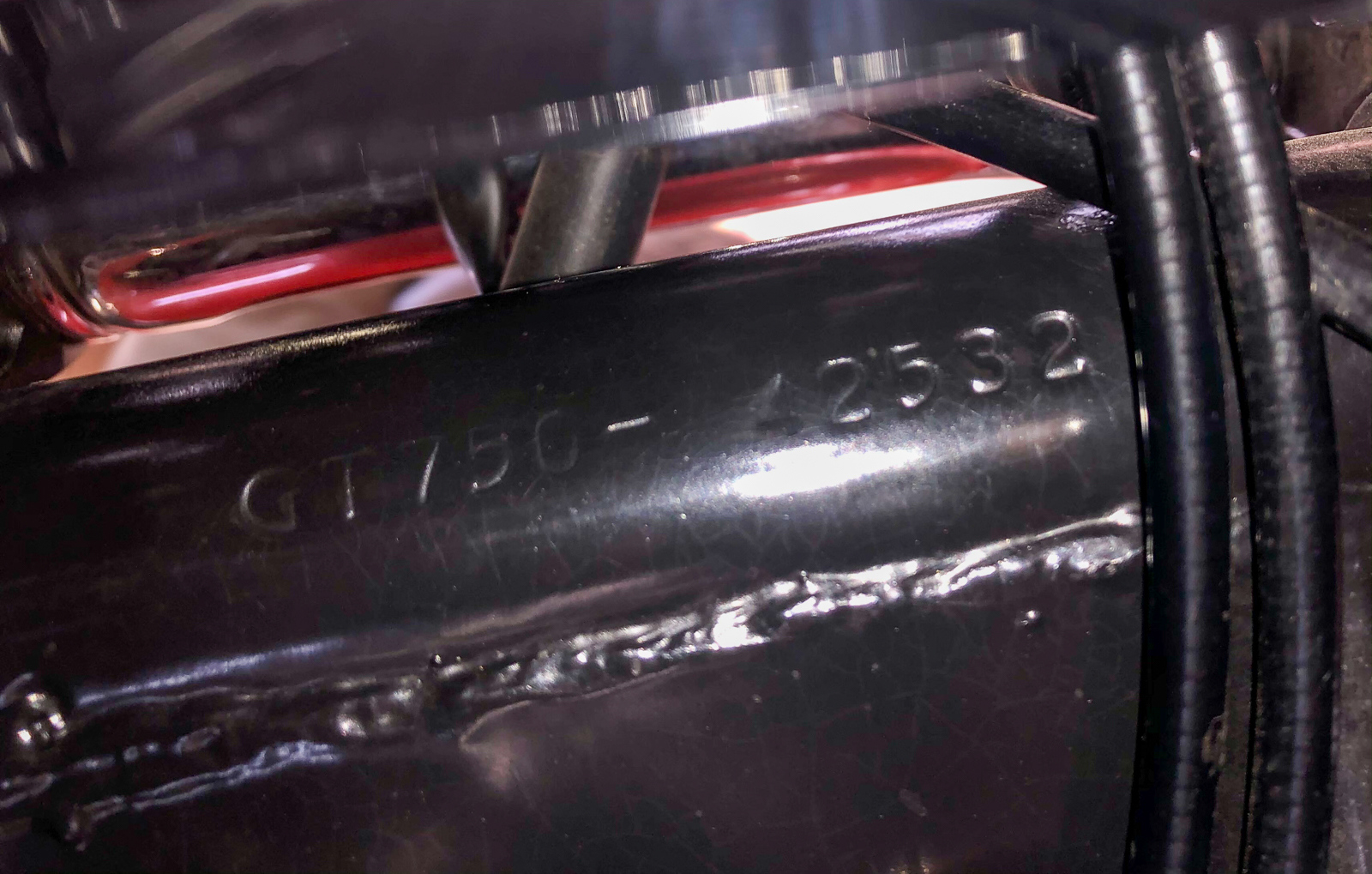 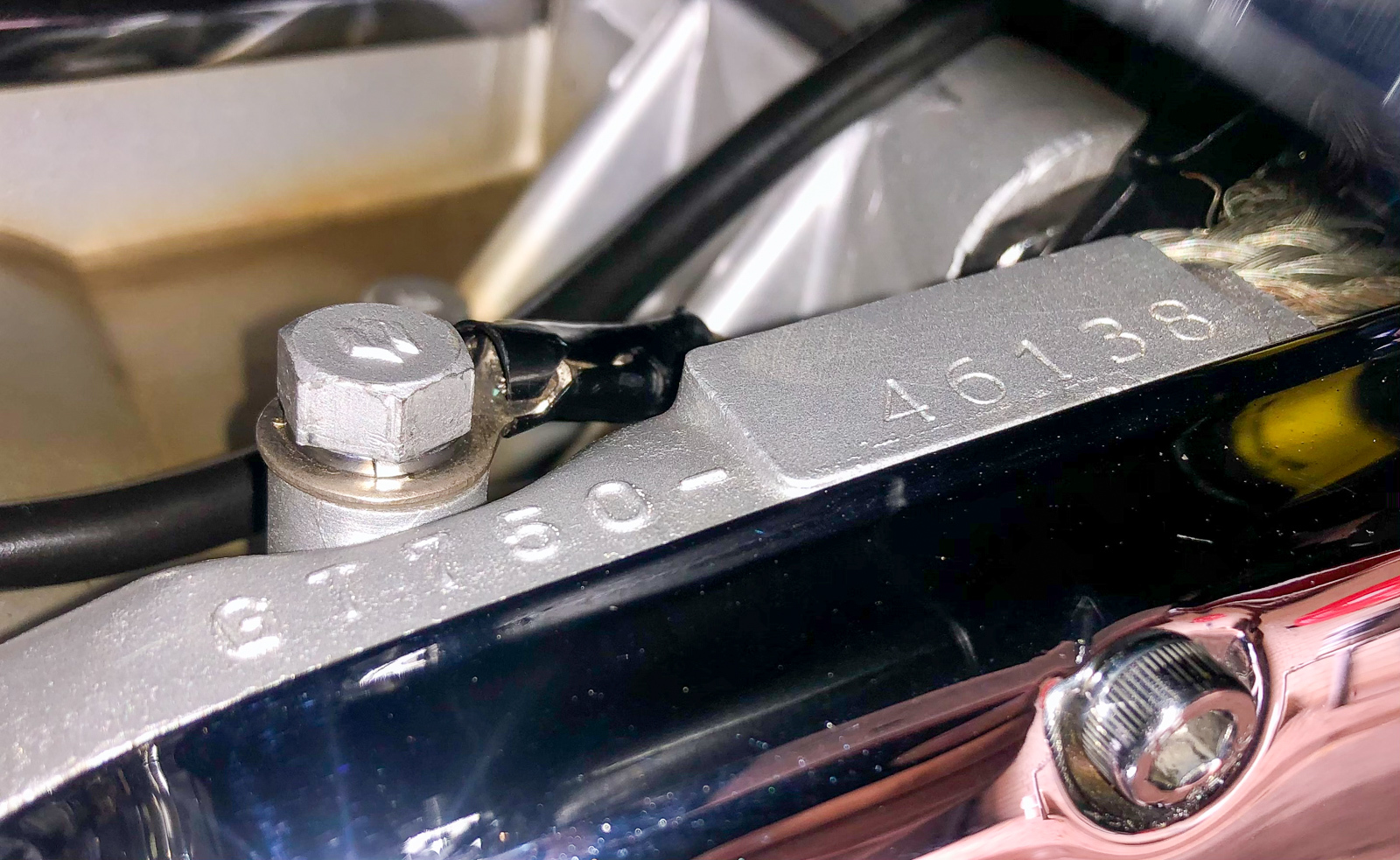 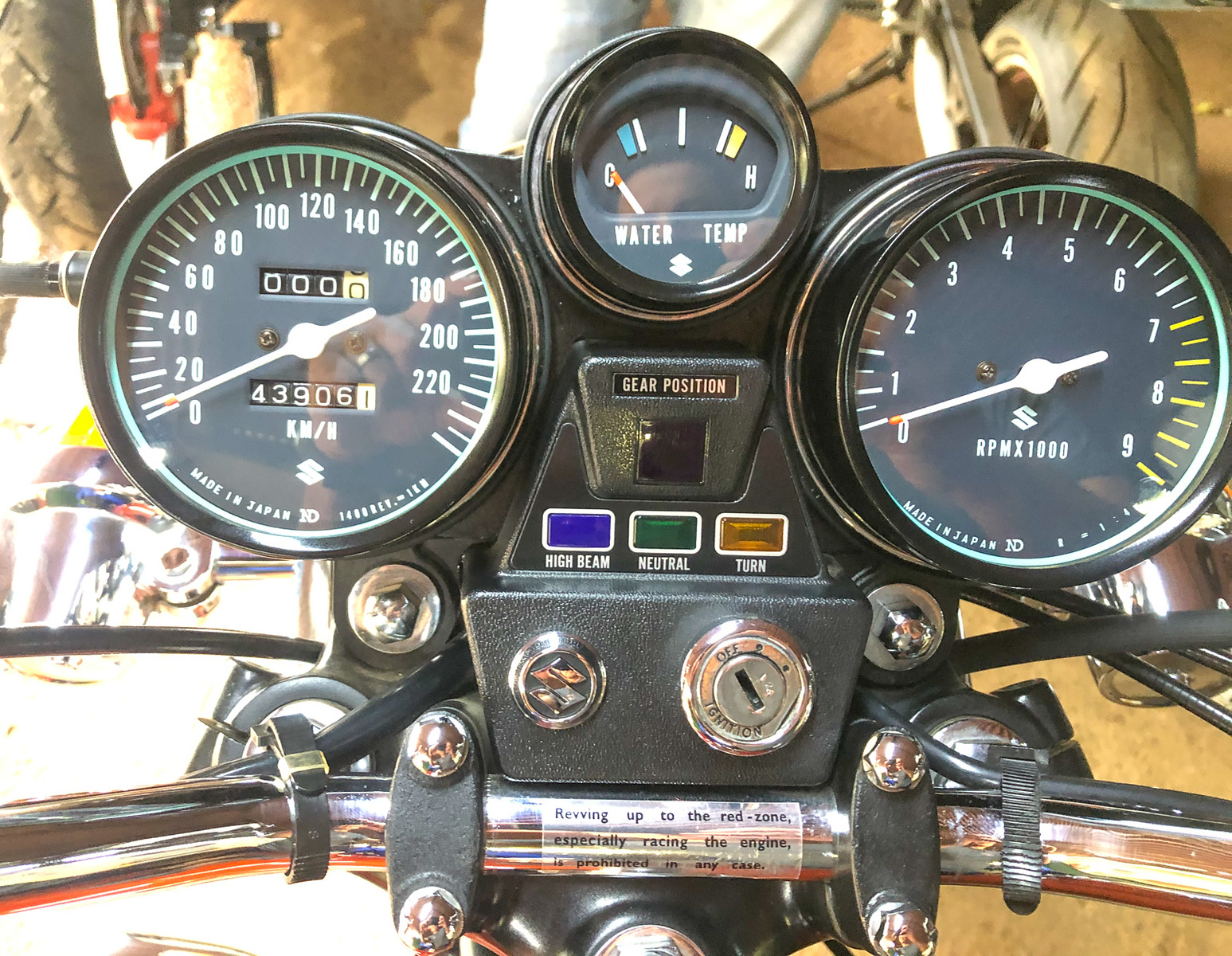 The seller notes that it’s a one owner example that got a full engine rebuild with a new crankshaft in 2017. It has less than 1,000 kilometers on it since the work was done. The carbs, exhaust, rear rack, crash bars, and indicators are all original.

It is upgraded with Ohlins shocks (the originals are included).

It got new tires in 2017 and a recent gel battery. 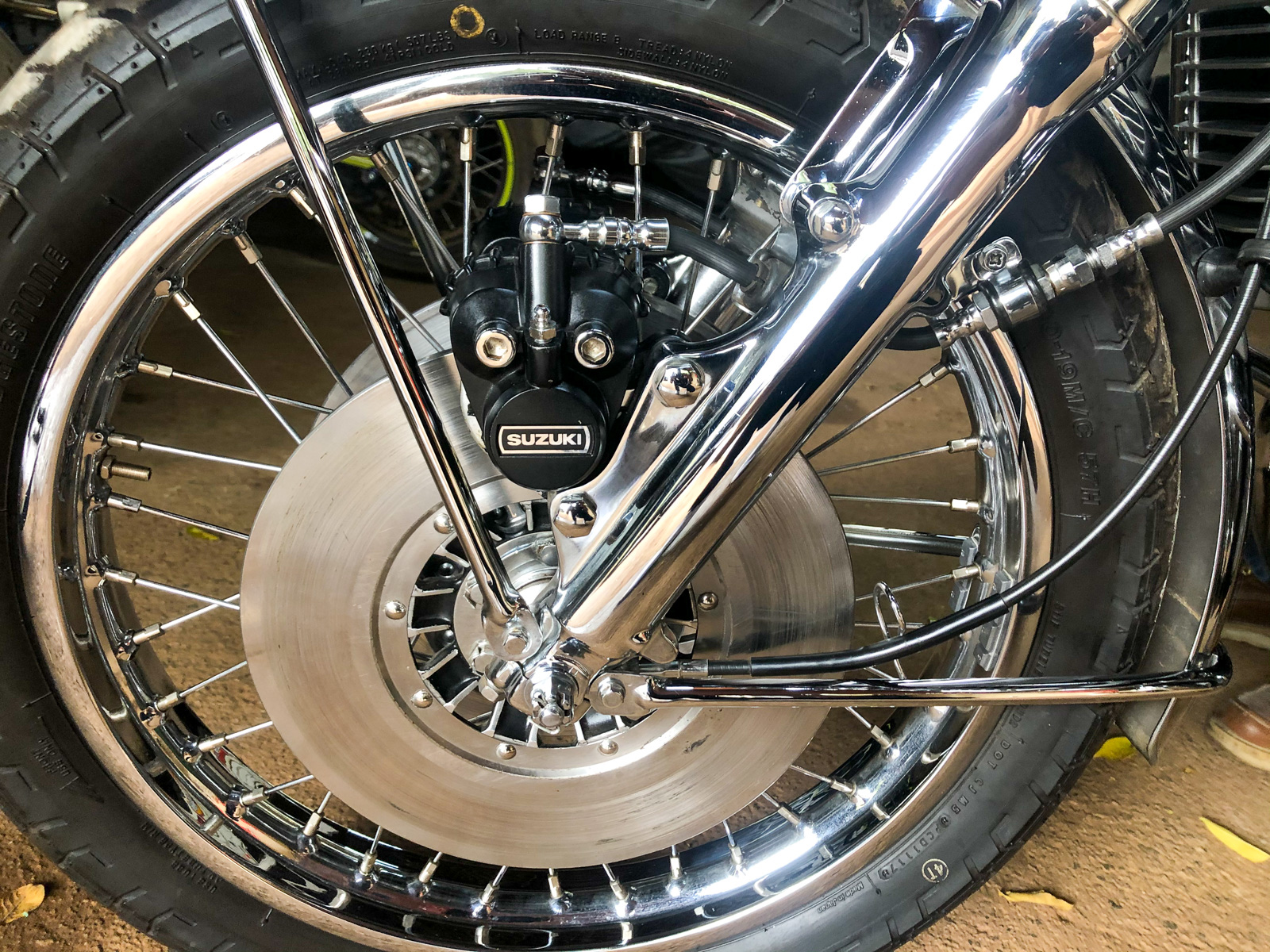 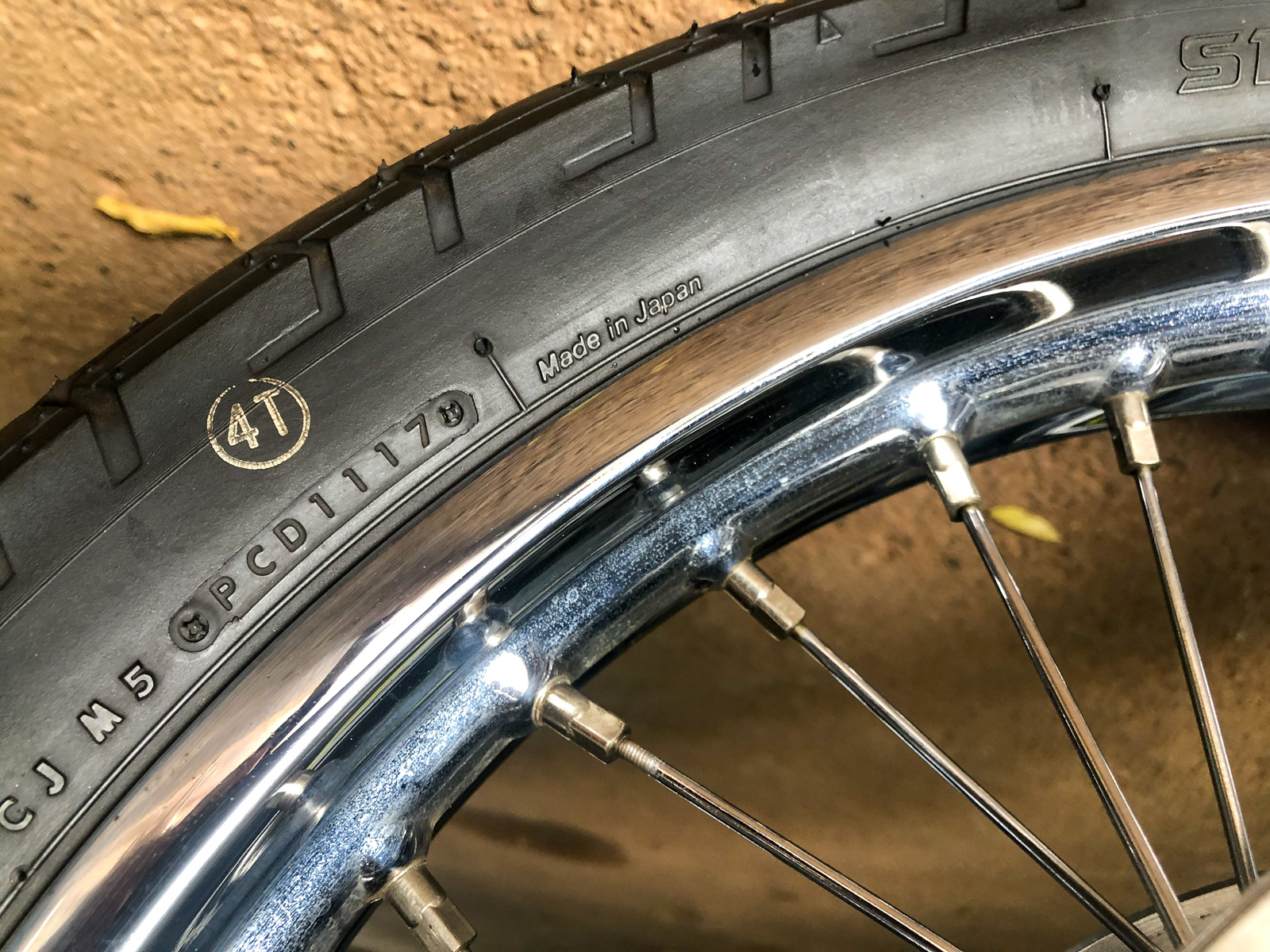 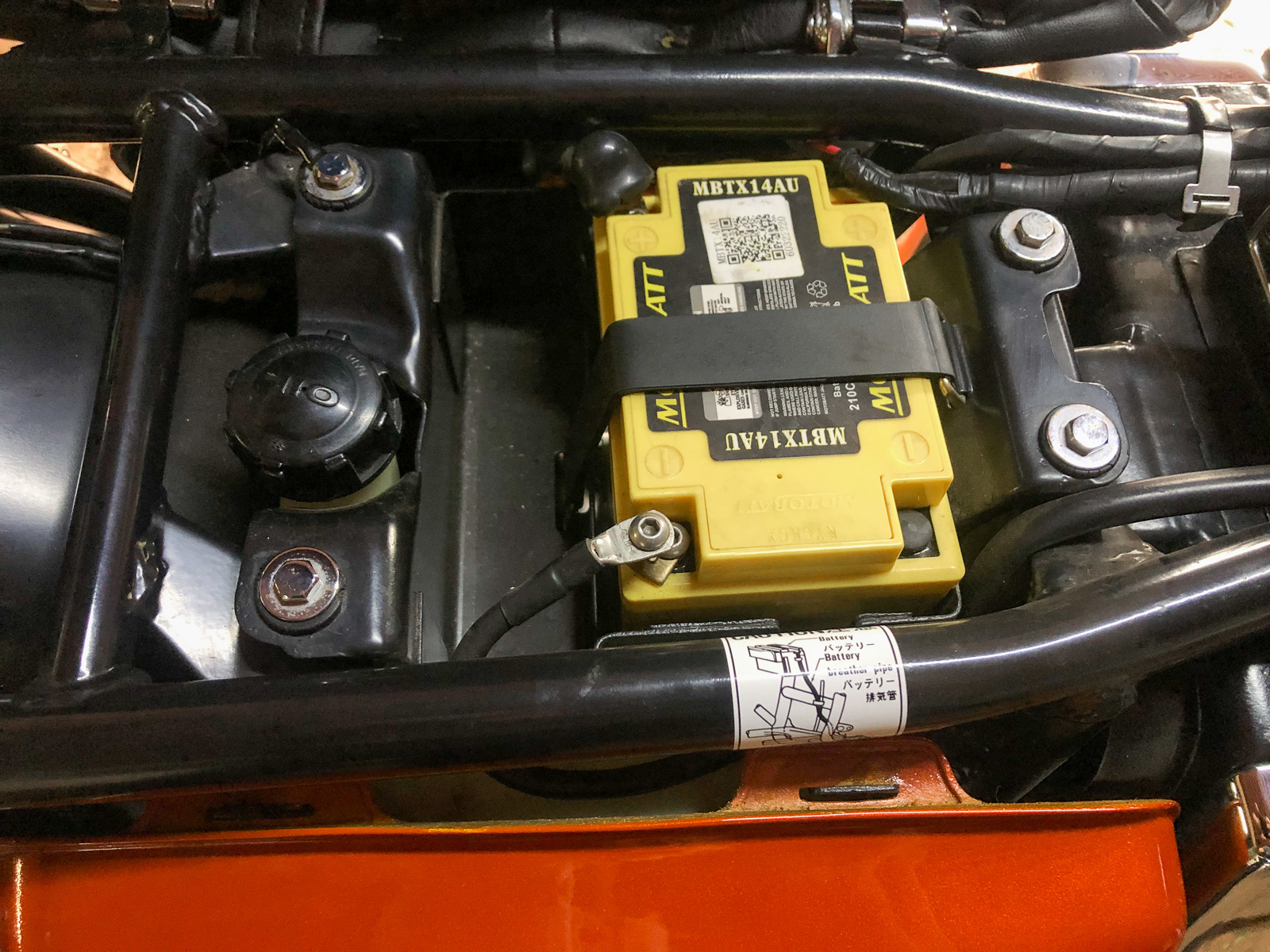 He adds that there are no mechanical issues. He notes one cosmetic blemish – a “small discoloration mark on the right side of the tank.” The bike was repainted in 2017 as well. 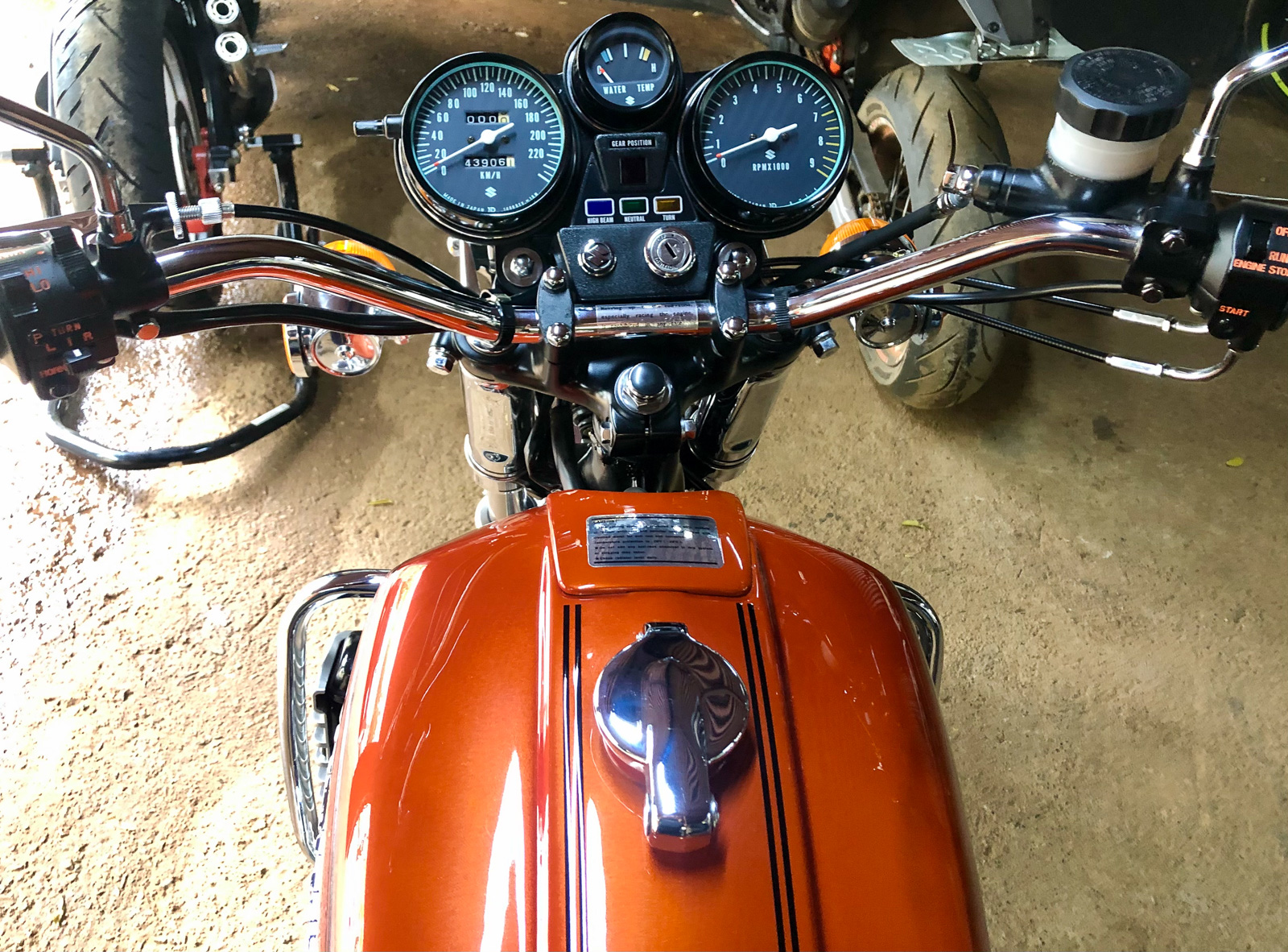 Currently located in Pretoria, South Africa, this Suzuki is offered on a Bill of Sale only. The seller is letting it go to keep growing his collection of 2-stroke Aprilias. Have any GT750 stories or questions about this listing? Let us know in the comments!