Additional photos of this Honda CR750 Tribute are available here for your perusal.

Honda had already established themselves as a premier manufacturer of small bikes in the US by the mid 60s thanks to their stellar reliability and ease of use – the “you meet the nicest people on a Honda” slogan didn’t hurt, either. But the biggest bike they made was the 450, and that wasn’t selling as well as Honda had hoped. A senior engineer named Yoshiro Harada toured the US in 1967 with the intent of getting dealers to shift more CB450s, but he soon learned that American riders were clamoring for more displacement. So he went back home and the Japanese firm started working on “the king of motorcycles.”

Once the CB750 was released in 1969, American Honda’s service manager (a gentleman named Bob Hansen) convinced headquarters to enter the new model in the Daytona 200 with two reasons:
1.) Win on Sunday, sell on Monday!
2.) The CB750 was a huge success, outselling British competition 4 to 1. It was inevitable that privateers would be racing the CB, and Honda needed to make sure they’d win. Motorcyclist magazine has a wonderful story chronicling the 1970 Daytona 200, in which they including the following: When Hansen first proposed racing at Daytona, American Honda’s board of directors shot him down: “They said, ‘What if we don’t win?’” Hansen recalls. “I said, ‘Exactly. That’s why we need a full-fledged factory effort.’ I already distributed bikes to dealers, and I knew someone was going to race at Daytona. I said a first-class effort was the only way to ensure success.”

We highly recommend you check out that story, as it chronicles the difficulty every manufacturer had at building bikes that could stay at full throttle for nearly 200 miles. All four of Honda’s entries blew up – but Dick Mann’s had the decency to break down seconds after he won the race because of changes made to his specific bike. “His bike was running on three cylinders, and Jameson later found less than a cup of oil left in the engine.” The win was huge for Honda, who produced 200 race kits to be made available in dealerships. The 150-part kit converted a CB750 into a CR750, resulting in a redline bump to 10,500 and a horsepower bump up to 90 (from 67). 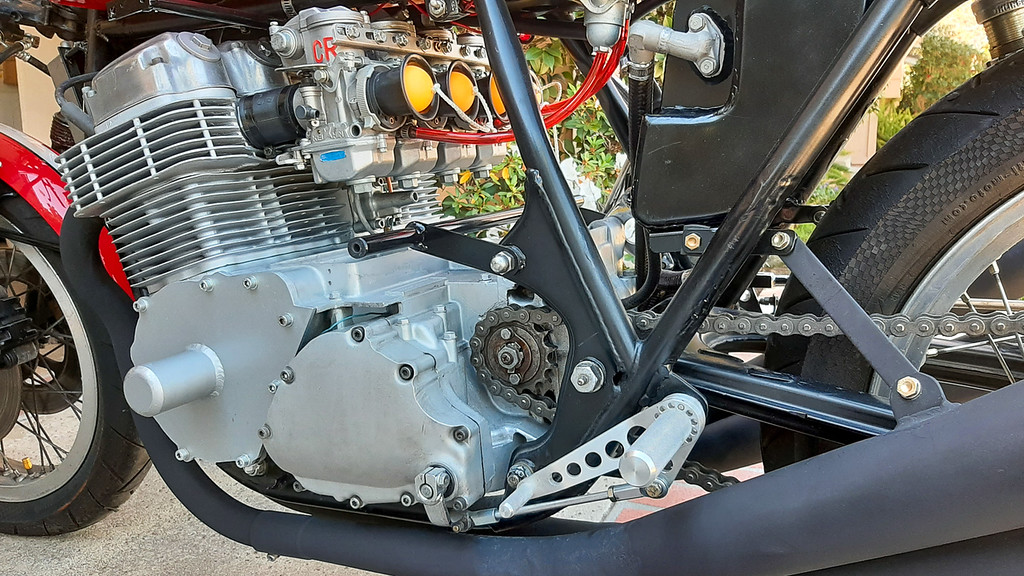 The CR750 kits were incredibly expensive at $10k (roughly $61k today), and on top of that Honda quickly recalled and destroyed many of them, making it very difficult to build one of these bikes today. Today’s listing (VIN: CB750-1016927) was created as a tribute to the CR750 racers. 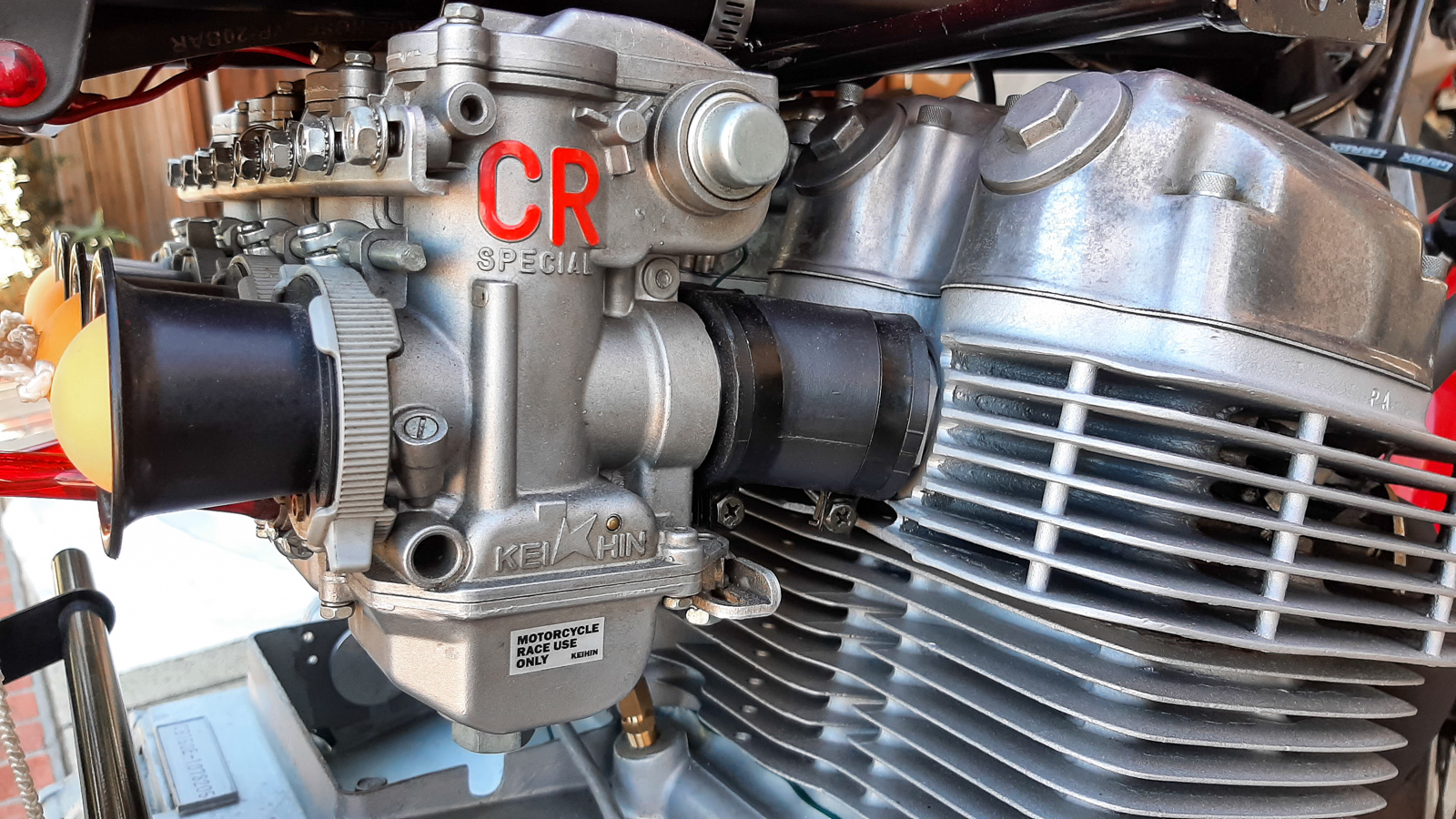 Other upgrades include:
CR-style tank and seat. The tank, bodywork, and front fender were repainted. 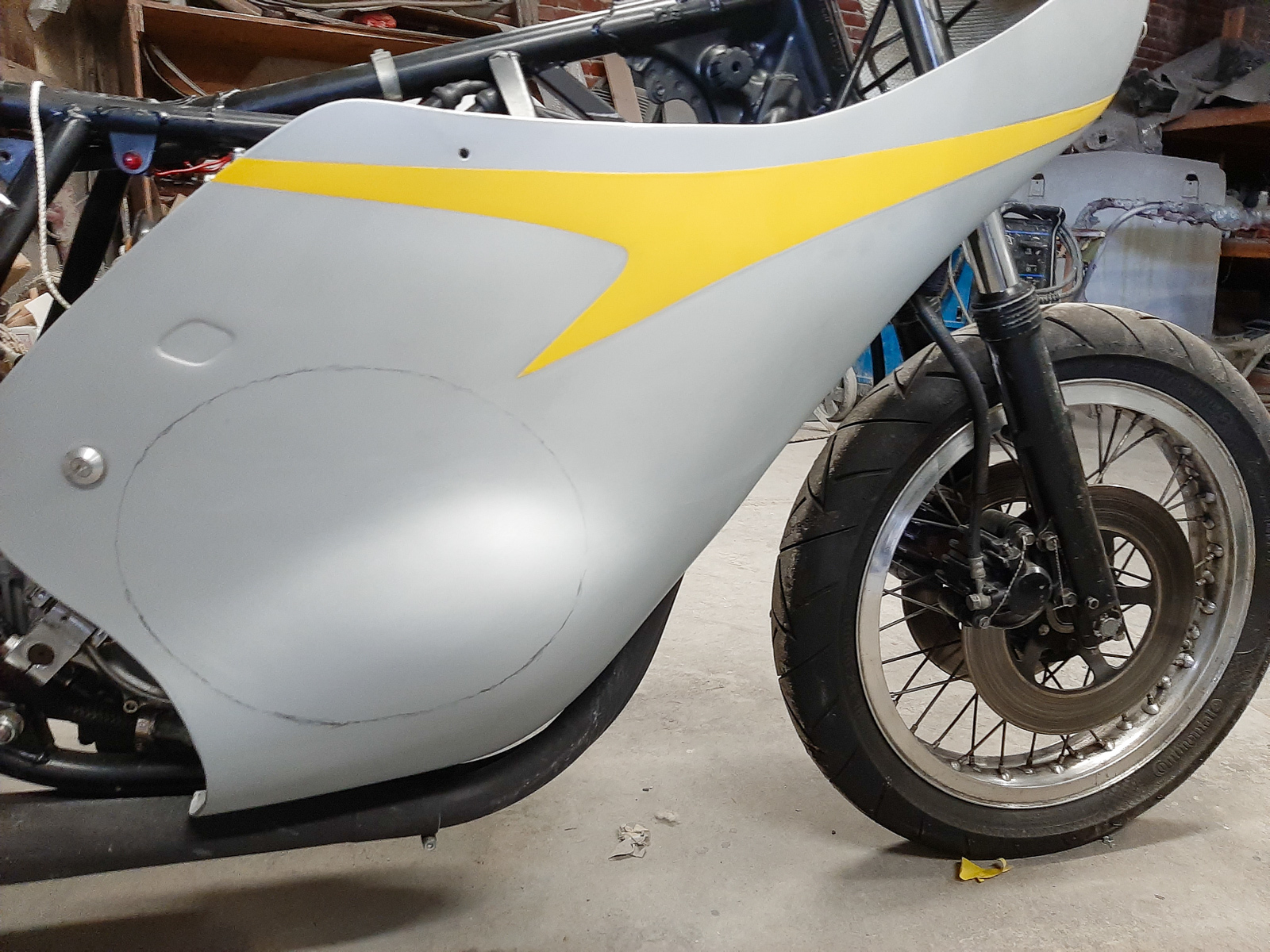 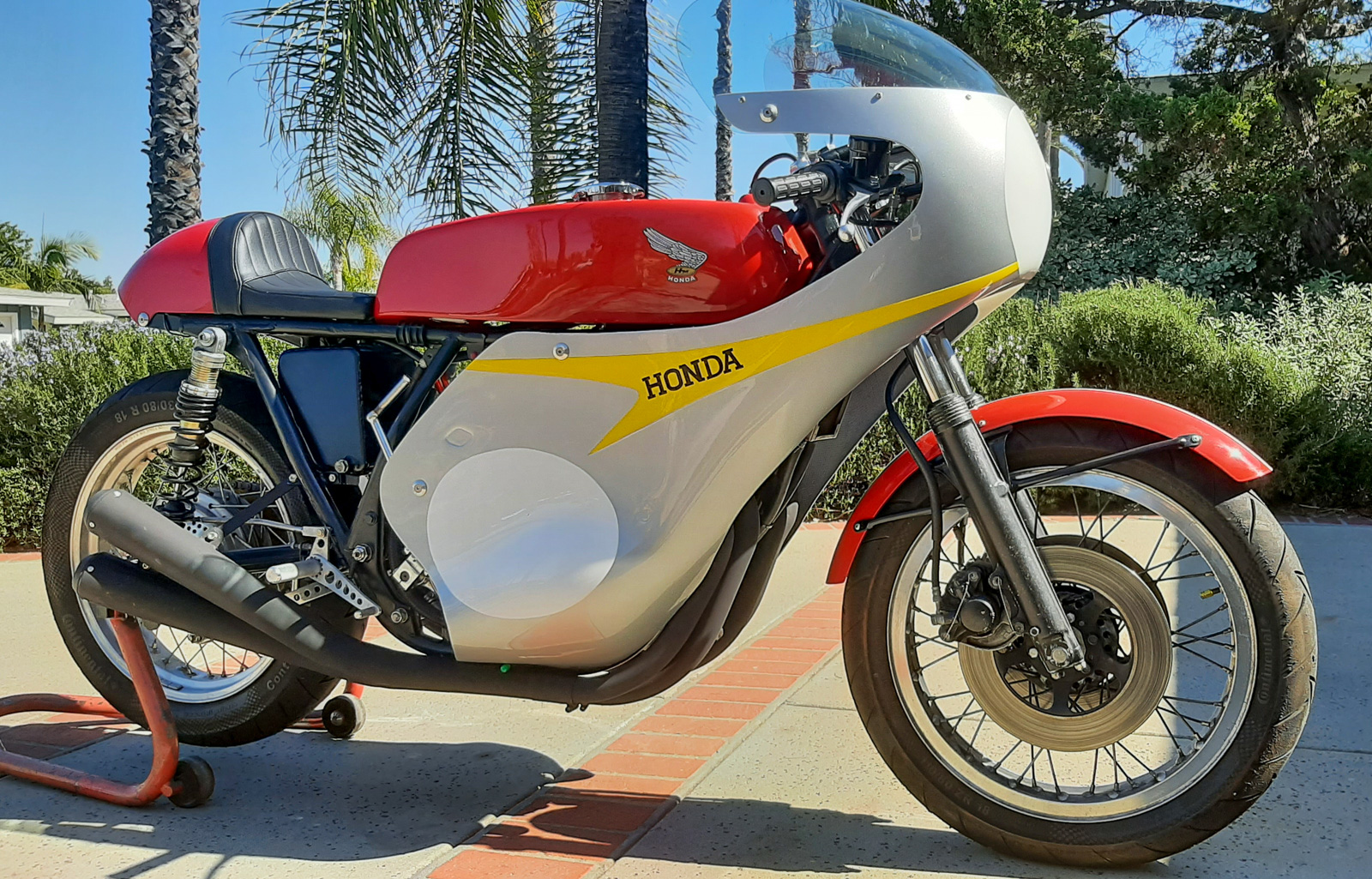 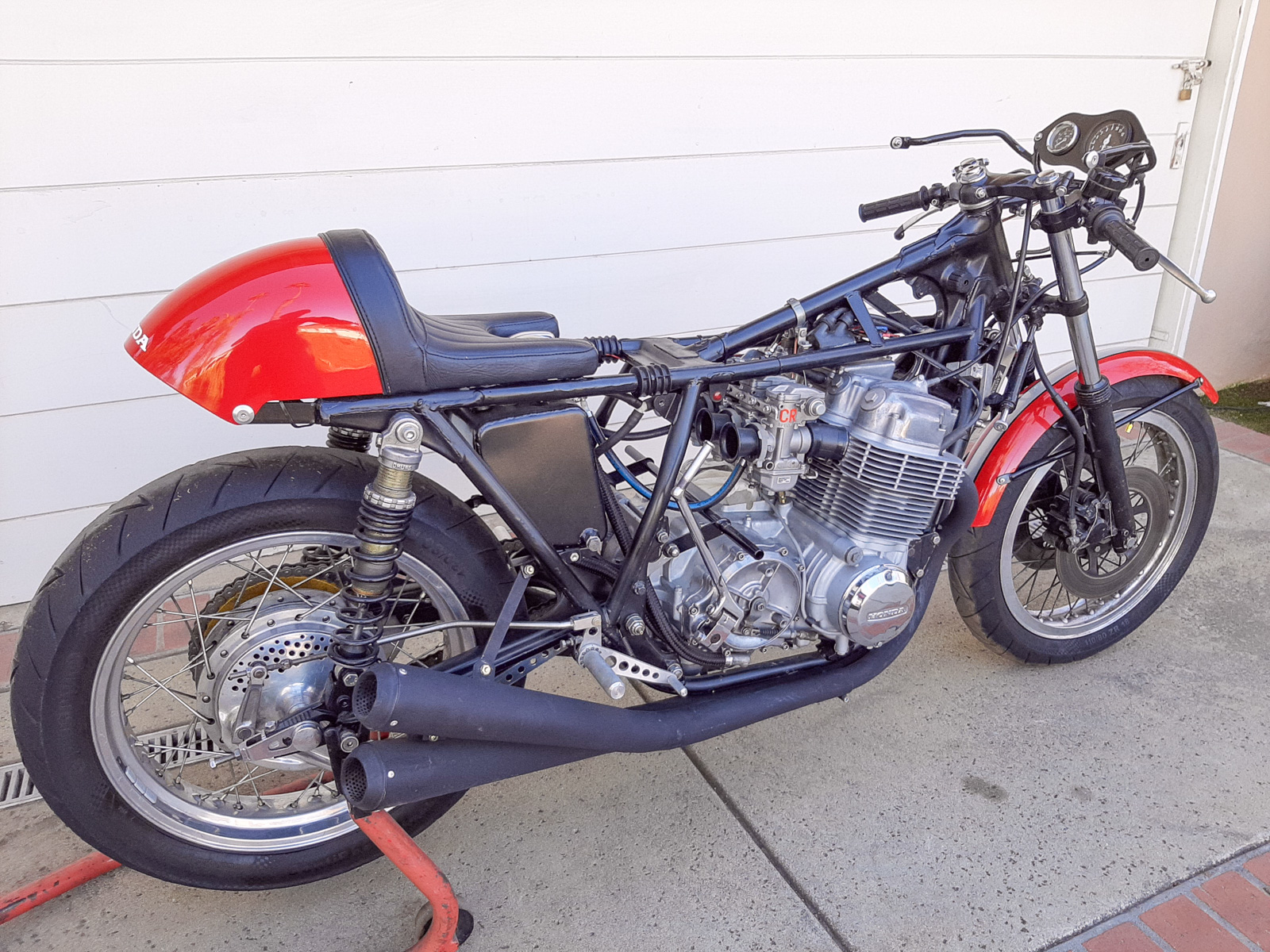 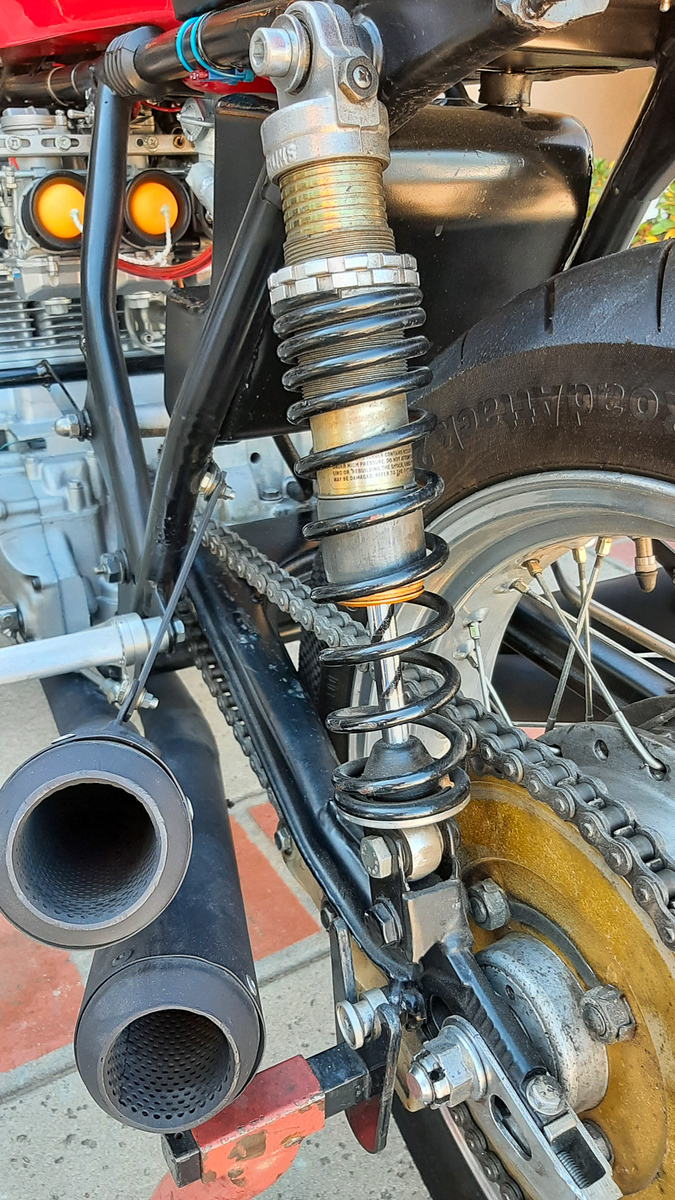 While the bodywork has been repainted, “the rest of the bike has track patina/wear.” The seller notes that this is “ mechanically-rebuilt preservation of a vintage racebike.”

This Honda fires up via kick or rear roller start only, and the electrical system is total loss. It has a sealed lightweight lithium-ion battery.

Currently located in Fullerton, California, this Honda is offered on a clean California title with non-op registration.

The seller sums his bike by saying “it’s AHRMA race ready or would look great with an as-raced appearance in your collection!” The seller is letting this go as he’s moving on to his next project. Have any CB/CR stories or questions about this listing? Let us know in the comments!