Additional photos of this Honda CBX are available here for your perusal.

The CBX wasn’t the first production six-cylinder bike (that honor belongs to the Benelli Sei), but it quickly became the standard as a naked superbike with an intoxicating soundtrack. The model debuted in 1979 a decade after Honda forever changed the motorcycling world with the CB750, and the CBX promised another revolution. Honda had also developed a four cylinder 1000cc engine that produced nearly as much power for the CBX but instead thankfully went ahead with the six cylinder version gifting the motorcycle world another gem of Honda engineering.

It was big and brutal – the engine alone weighed 233 pounds, while the whole package was just under 600 pounds wet. For the last two years of production (1981 and 1982) Honda decided the CBX had a better chance of success in the market as a sport-tourer. The motor was detuned but everything else got beefier – the frame was strengthened to support the installation of a fairing and hard luggage. To cope with the extra weight Honda also added bigger dual front brake discs, 39mm air forks, and a Pro-Link monoshock..

The sale includes a letter from the previous owner covering the known history of the machine, and it’s well worth sharing: He states that the original owner was Jon Kosmoski of House of Kolor. “He bought it new at Honda Town in Minneapolis, Minnesota. He installed the Pro-Link “Sport Kit’ (very rare) right away. 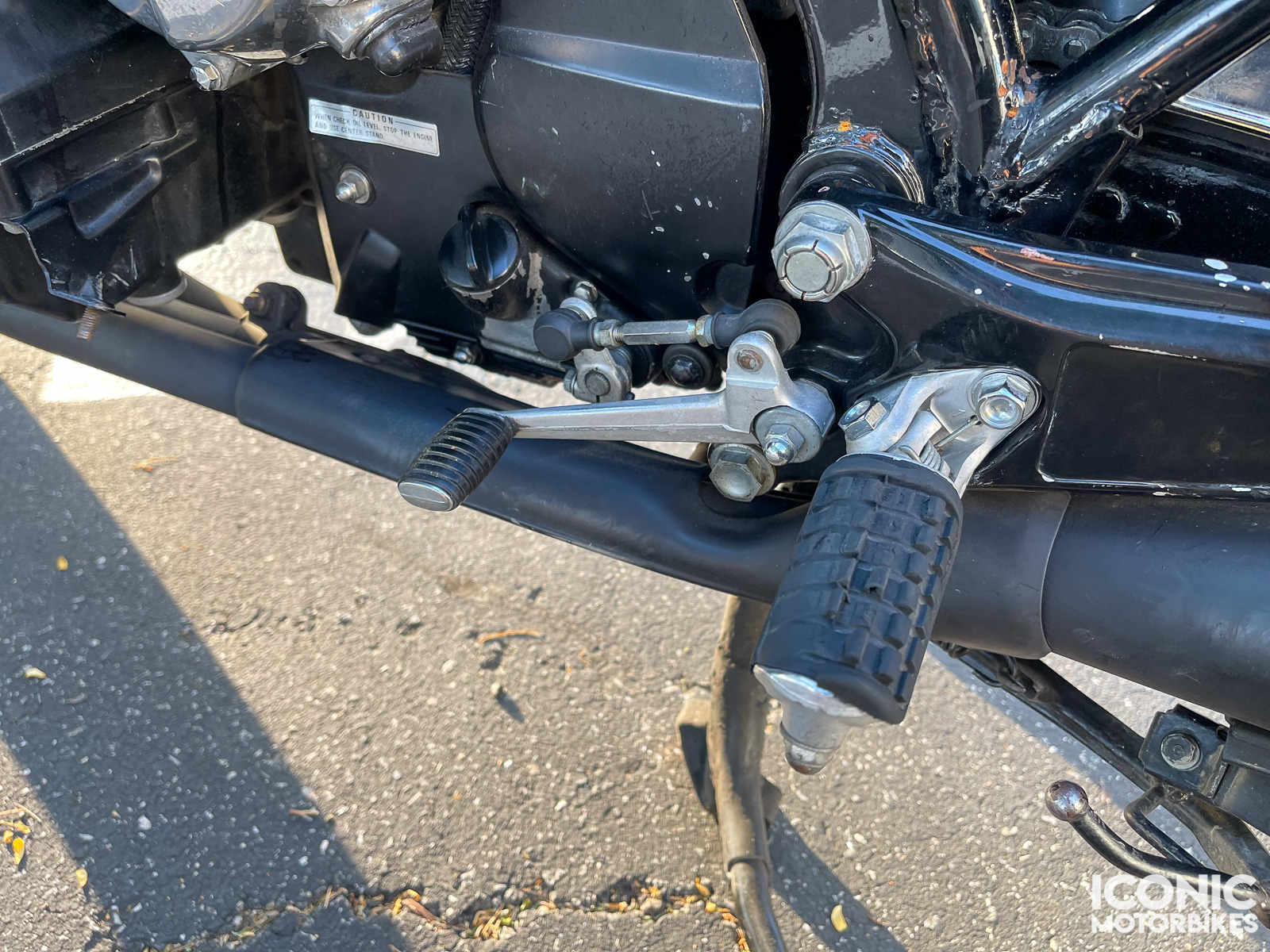 He also HPC coated the exhaust inside and out, a friend of his custom made the luggage rack and back rest.

The stock seat was re-covered in a Tuck-N-Roll design. He changed the rear shock to an aftermarket nitrogen-charged shock (do NOT add air). He painted over the stock grey & black paint with a (transparent) Kandy Cherry paint.

I believe he sold it to a friend who in ~2004 put it up for sale at Honda Town. I saw it there at night under fluorescent lights and wasn’t too impressed. A friend of mine who was the Minnesota director of the local CBX club bought it so he could take the Hondaline clock and altimeter out of the dash. He then sold it to me. A few years later I bought the gold Boomerang wheels online and put them on it. The stock wheels are 19″ front and 18″ rear. The gold wheels are 18″ front and 17″ rear so in essence the bike sits 1/2″ lower than stock (which makes the side stand and center stand a tad “long”). 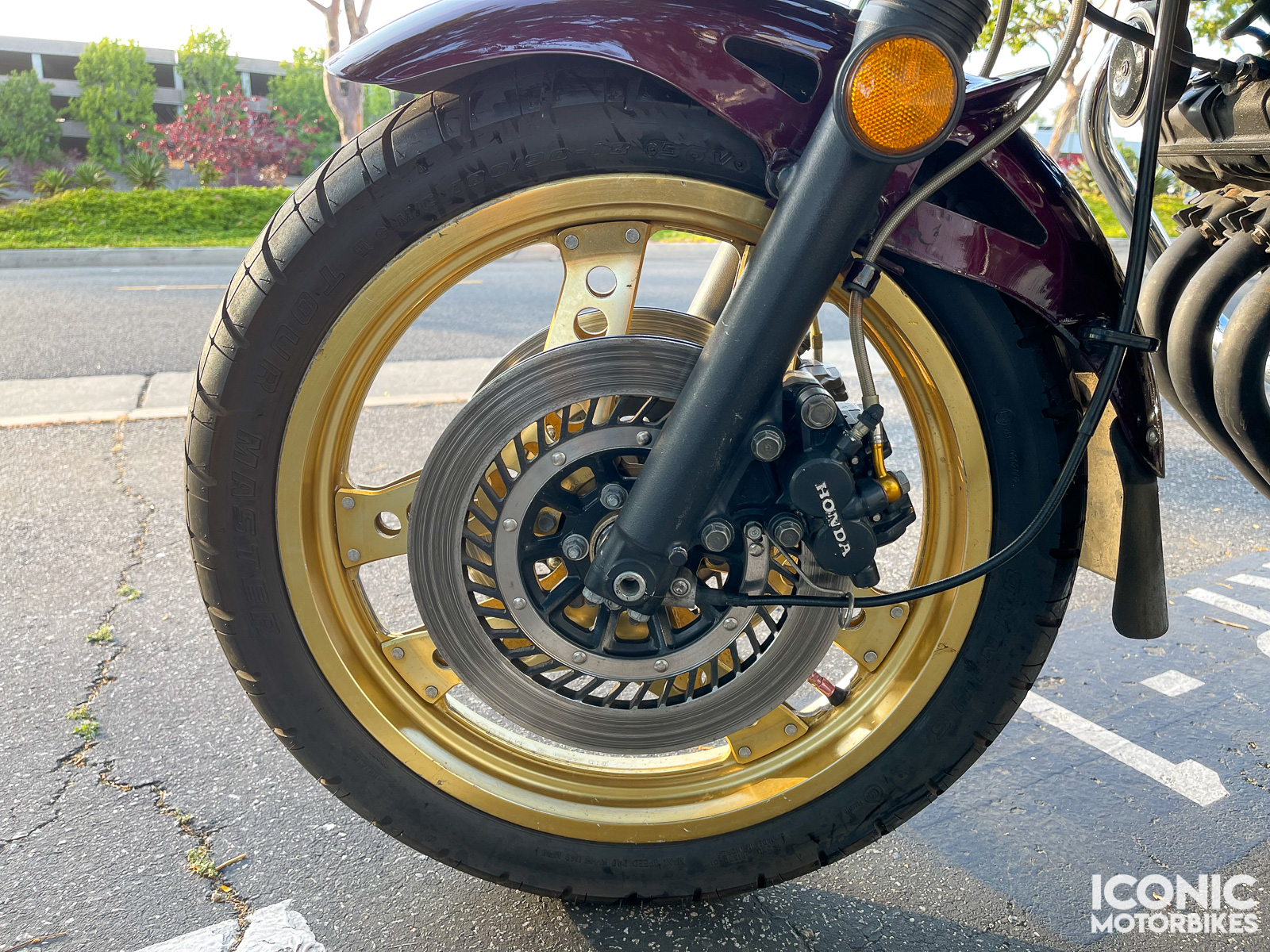 I also added the Corbin seat.

I bought the bike in 2005. About six years later I traded it to a guy who upholstered the interior of my ’55 Chevy wagon. Shortly afterward I thought I should’ve kept it. I had last heard it was in Iowa somewhere. In about 2017 I did a Google search and it popped up at a dealership in Ottumwa, Iowa. I went down there the next day and bought it again! The owner in Iowa had dropped it on both sides and I had the bags repainted so they’re just a hair off the correct color. When I got it back, I was so tickled I didn’t have them start it…BAD IDEA.

When I got it home, it would only run on 3 cylinders. The carbs were gummed up. I sent them off to Pennsylvania and had them gone through. Be careful with those carbs. The CBXs had a vacuum valve between the petcock and the carbs that prevented gas from “leaking” its way to the carbs with the engine off. A lot of people removed that valve to help starting. This bike has the valve removed, so every time you shut off the key, shut off the petcock! If the bike is going to sit more than a couple of weeks, drain the bowls with a long screwdriver! That is a must. Otherwise, the carbs could get gummed up again (or worse, vapor locking can bend a rod). 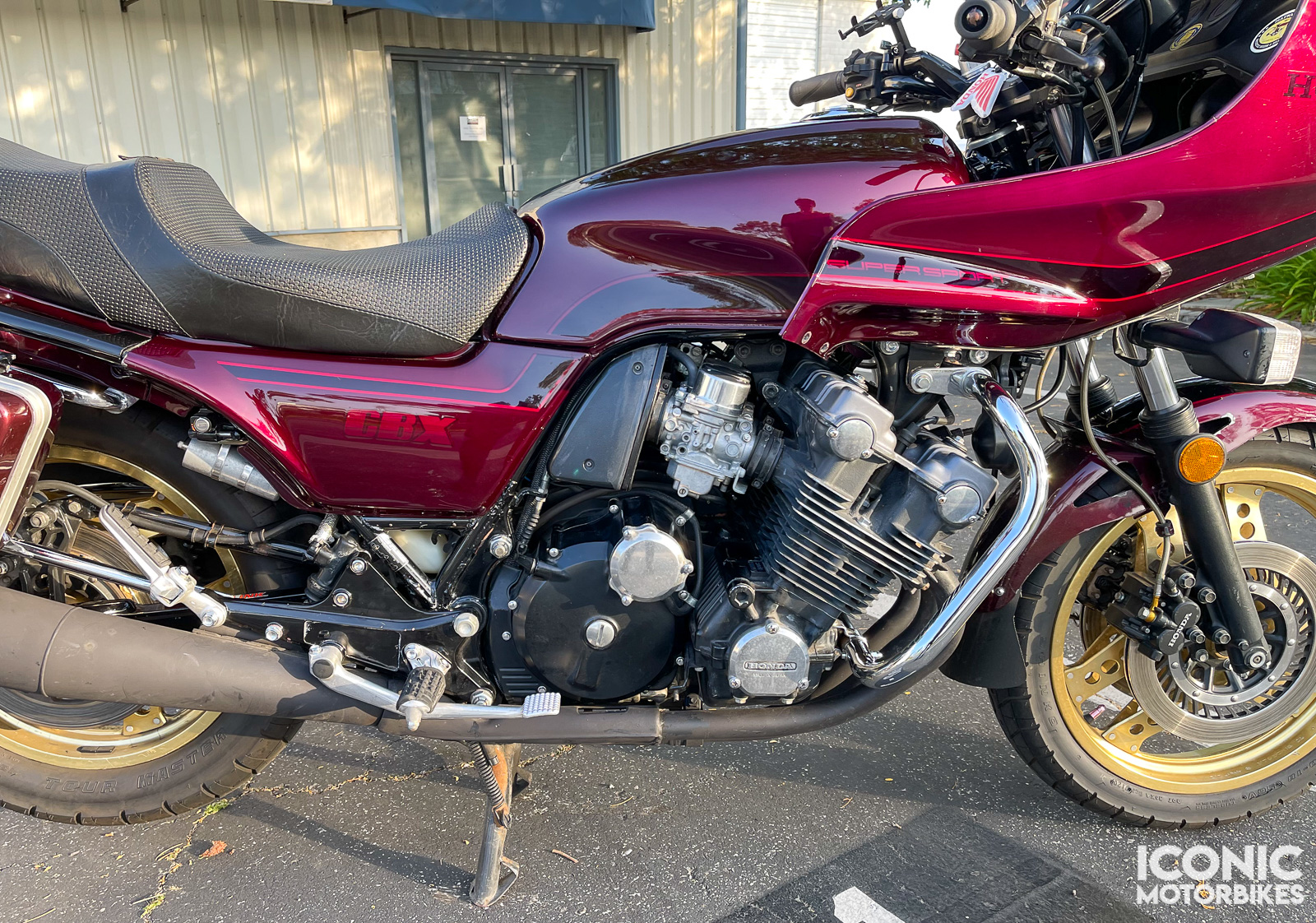 When I bought “Blanche” the 2nd time, I added the Rifle windscreen.

I was on a CBX ride this year in June and lost the right cover from inside the fairing. The last owner before me sold the 150 mph speedometer and installed the original one, hence the 4,808 miles on the bike. Actual mileage is about 25k”

“I haven’t done a valve adjust but it runs very quiet. Any questions concerning “Blanche”, give me a call.”

We wish every owner was like that! Additional modifications include:

Currently located at our facility in Santa Monica, California (please make an appointment for an inspection), this Honda is offered on a clean Minnesota title. Have any CBX stories or questions about this listing? Let us know in the “Comments” tab!