Additional photos of this ELR are available here for your perusal.

After Eddie Lawson won the 1981 AMA Superbike Championship, Kawasaki created a limited edition model for 1982 based on the KZ1000. It was called the KZ1000R ELR (Eddie Lawson Replica), and it was an instant legend. The 1982 model had Eddie’s signature on the tank, but after Kawasaki/Kerker won the AMA Superbike Championship again that year, they updated the decal on the top of the tank to remove Lawson’s penmanship and add a second year of success.

The 1983 model (also known as the KZ1000R2) also differed in terms of the stripe layout on the tank, the style of the gauge cluster, the style of the sidecover emblem, a 10mm longer swingarm, cams from the GPz1100, and slight changes to the cylinder heads – we recommend you check out KZ1000R.com for all the information you could want about these fantastic motorcycles. They note that just 1,200 units of the ’83 model were built. 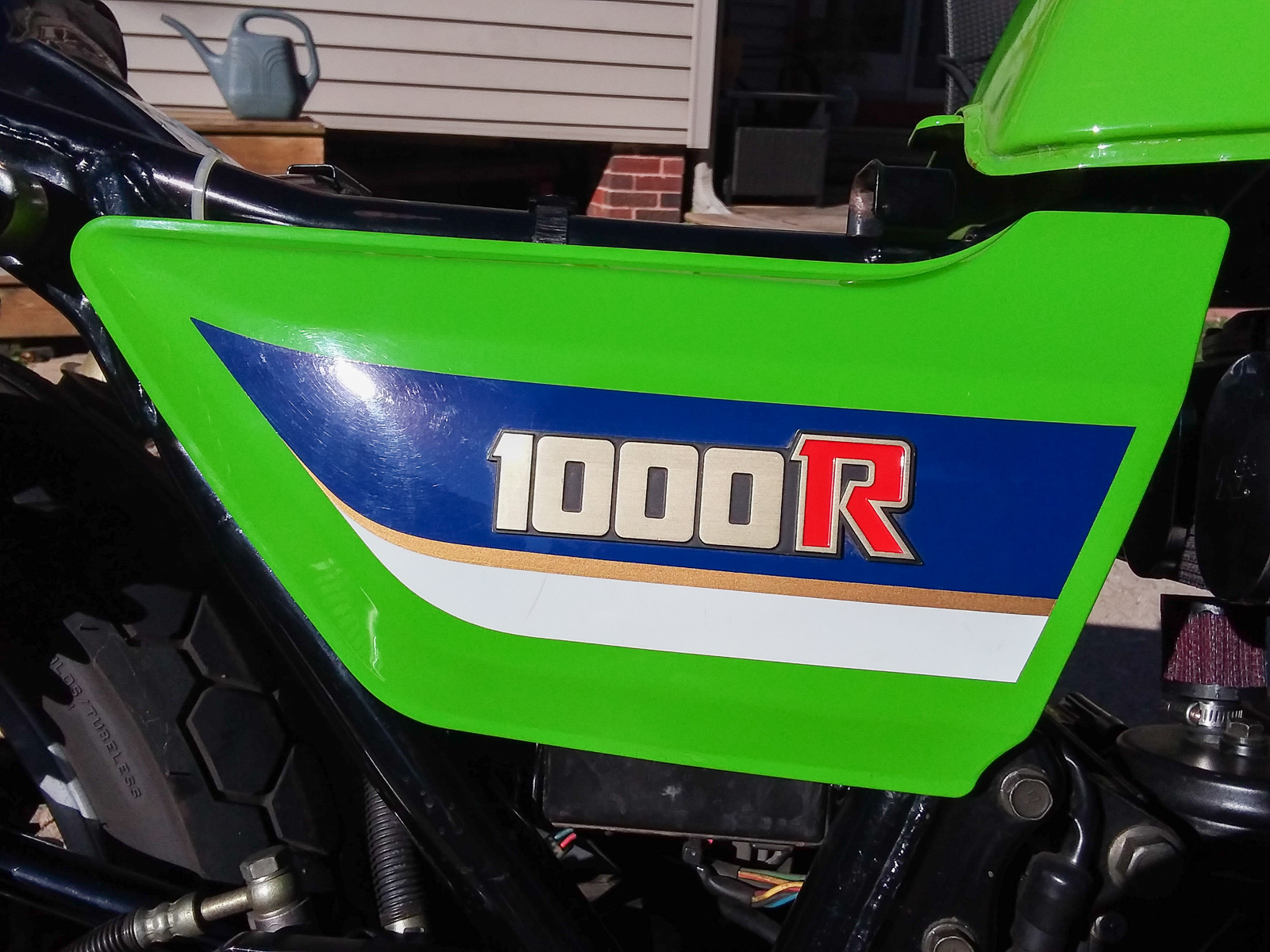 All US-market ELRs came with a Kerker exhaust. 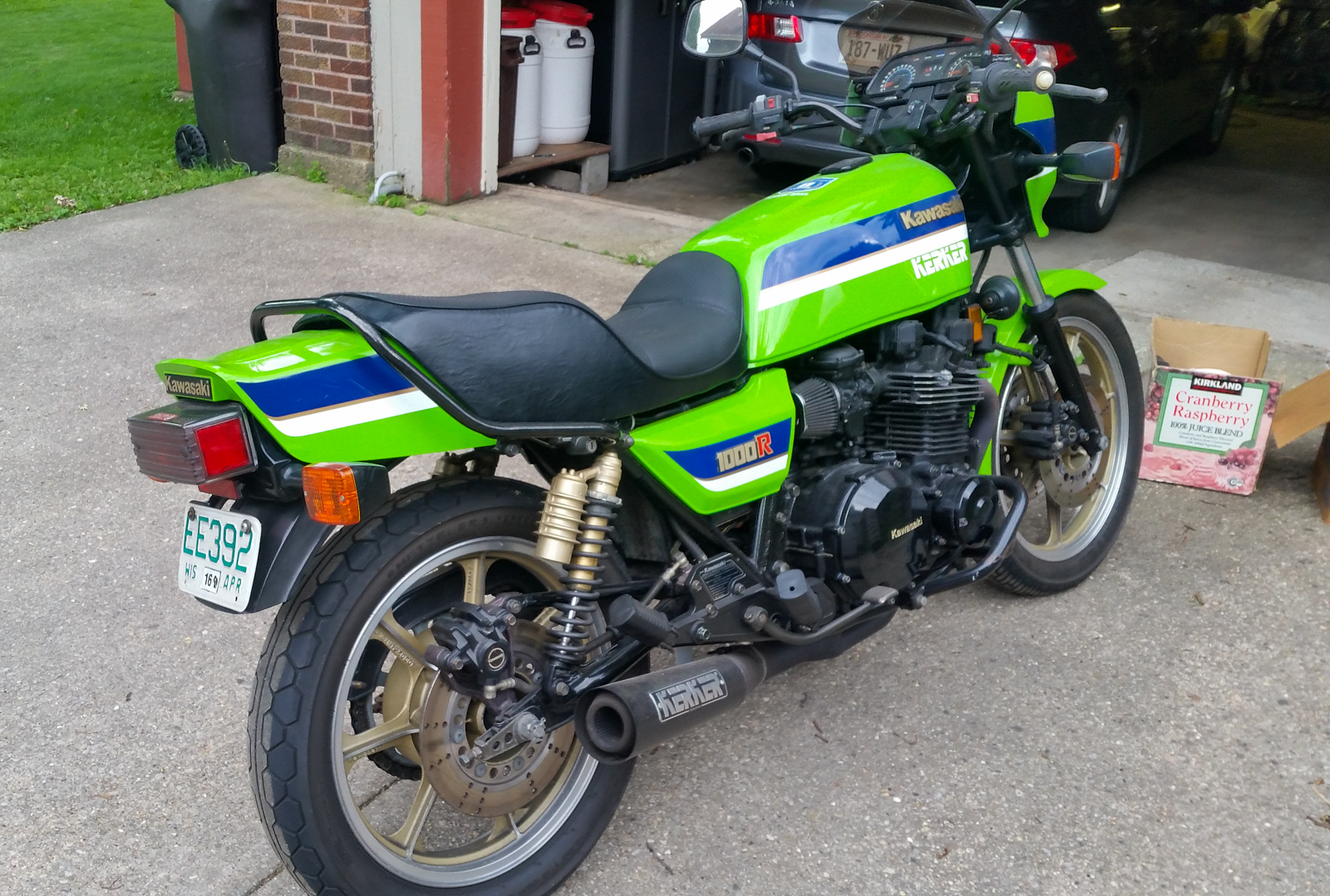 The original owner purchased this bike in 1983, and then traded it in for a different Kawasaki in 1986. The seller’s brother acquired it in 1986 but “could never get it to run right,” so the current owner purchased it from his brother in 2003. He then swapped the carbs to see if that would fix the running issue and eventually took to Bill Whisenant at Motorcycle Performance who troubleshot the issues and found that the crank was twisted (an unfortunately common issue with the big KZs). The crank was welded and balanced by Falicon and as part of the rebuild Bill ported/polished the head and bored it to 1,100cc. The engine was broken in on Bill’s dyno (and put out about 100 hp). The seller includes a bill for the motor rebuild from 2005 with an approximate total of $3,400 (minus a $1,000 trade-in of a separate motorcycle with a bad transmission). 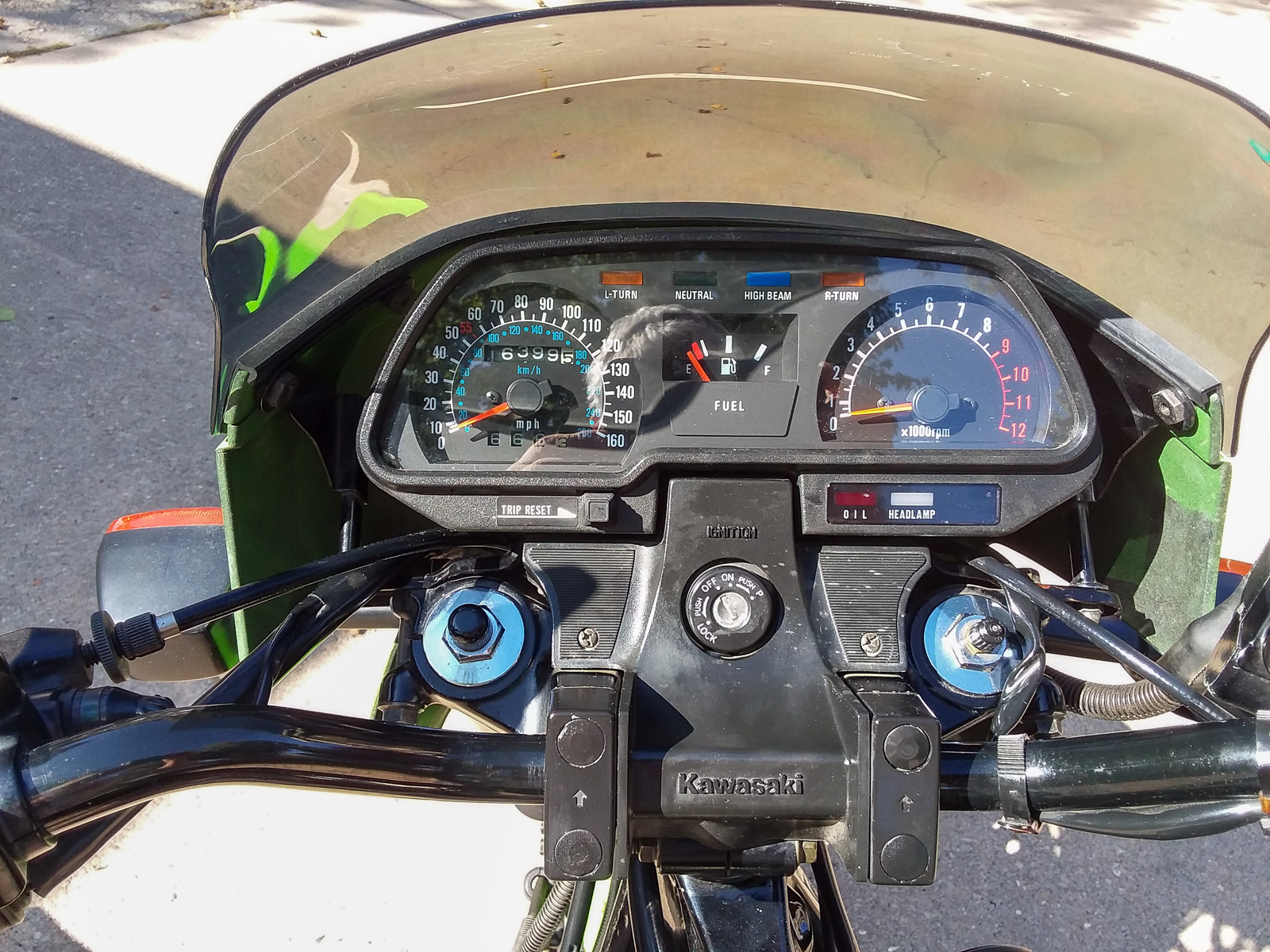 While the motor was being rebuilt, the seller had the original gas tank touched up as there was “a small issue with the paint on the upper part about the size of a dime.” But the painter had not finished the tank by the time the motor was rebuilt, so the seller installed a spare tank and ran it for a couple of years.

The seller states, “over the years I’ve only put on maybe 2,500/3,000 miles. Since the rebuild, it’s been stored in a heated garage over most of the winters. It will need new tires and the brake fluid flushed now, as well as a new chain in the short term.”

The seller changed the oil and cleaned the carbs this year. As shown in the video at the top of the listing and the cold start video immediately below, this bike is in running condition.

“The bike was never more than 10 miles from the dealership (Middleton Kawasaki Yamaha, no longer in business) from where it was sold from. It comes with a spare windshield, spare gas tank w/gas cap and emblems, NOS tailpiece, NOS brake and clutch levers, and 2 side covers.” 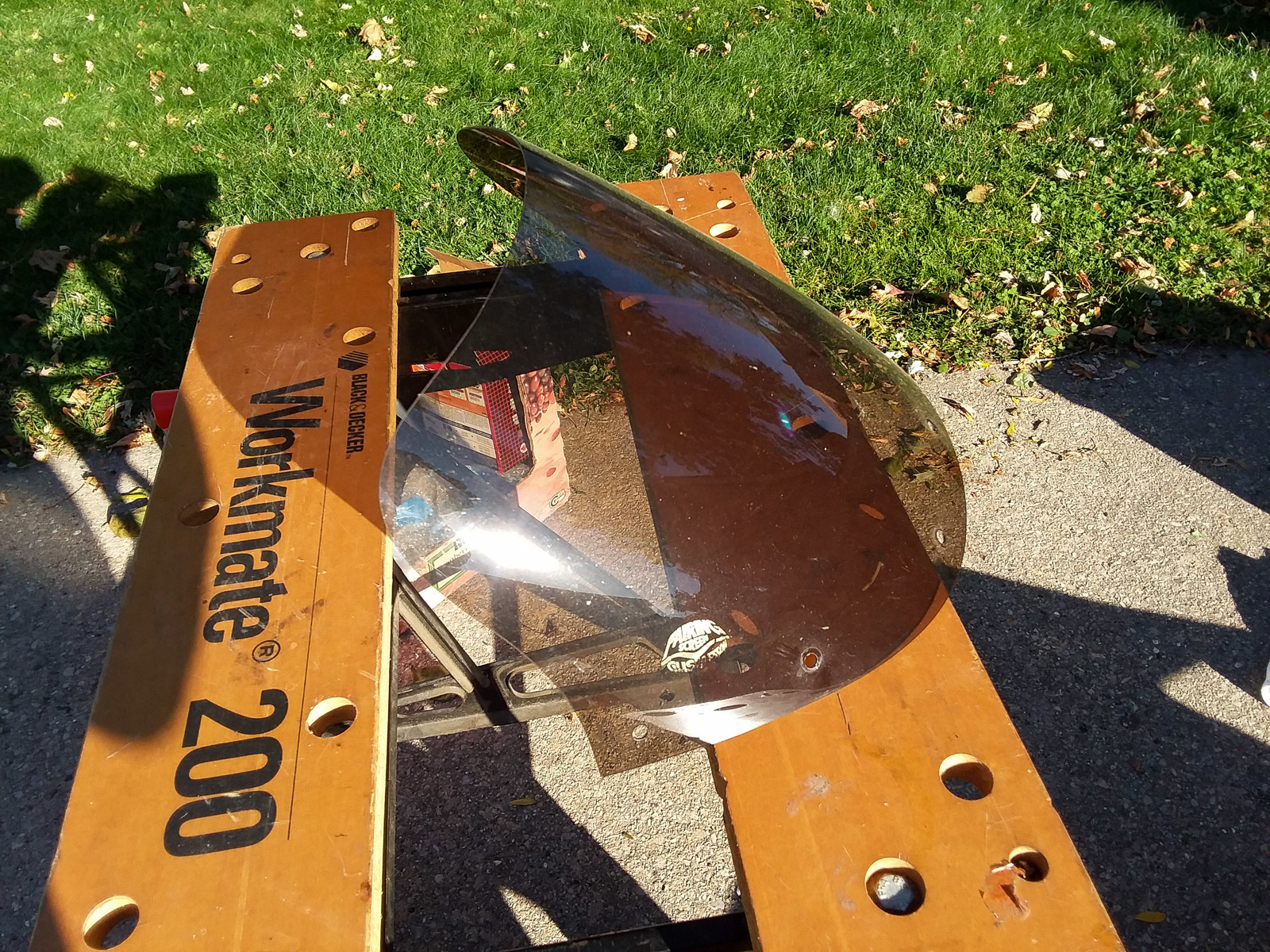 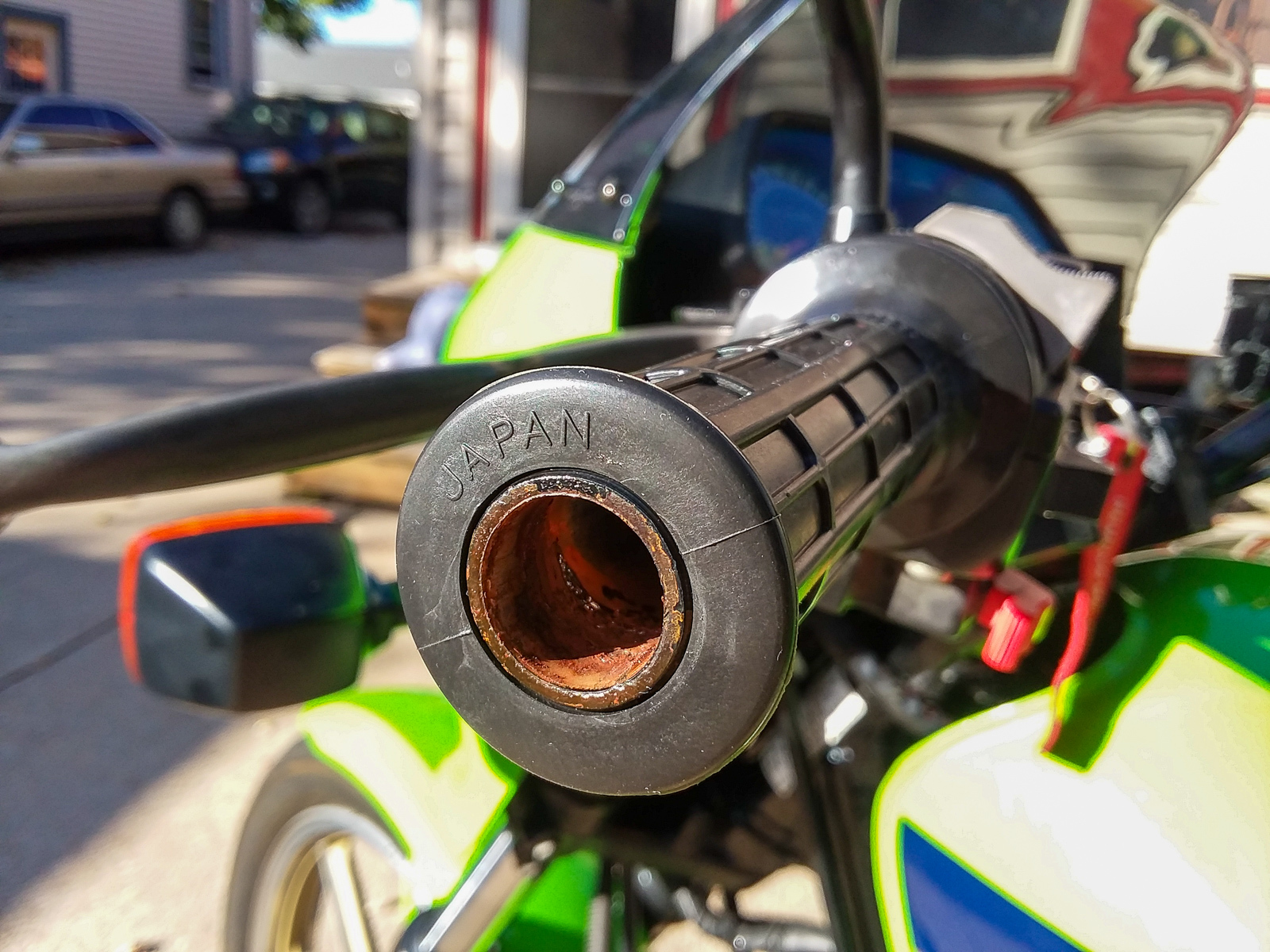 Other cosmetic blemishes include a crack in the rear turn signal bracket and some general scratches/nicks in the bodywork. 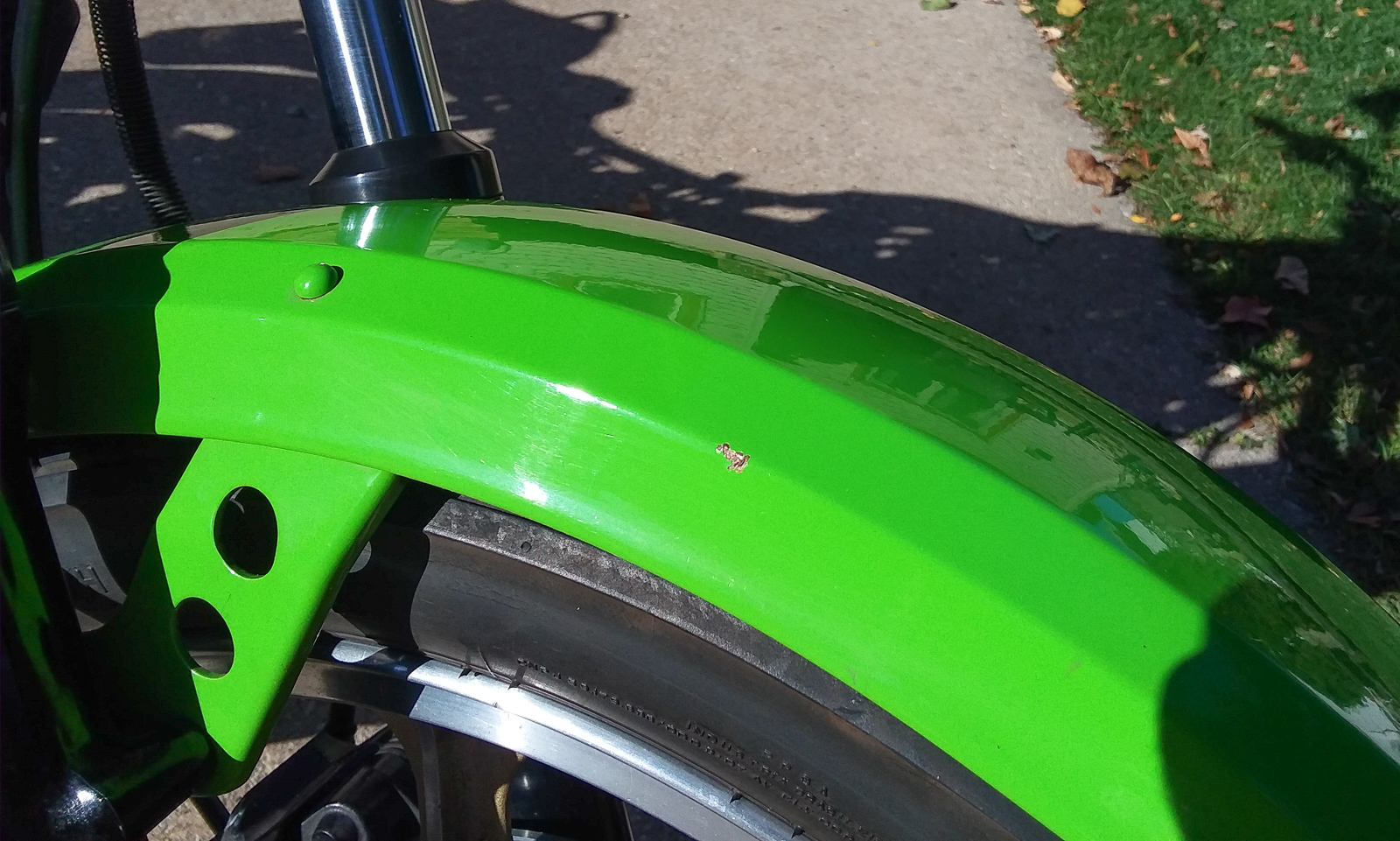 The sale includes all motor parts that were replaced in the rebuild. It will also come with the stock air box and the black chrome air box covers as it’s currently equipped with K&N individual air filters.

“It also has rare factory Kawasaki optional crash bars. I ordered them for my 1982 KZ1000 when I bought it in 1983, took them off when I sold it and still had them when I bought this bike.”

Currently located in Middleton, Wisconsin, this ELR is offered on a clean Wisconsin title. The seller notes that the title has a recent date on it as “a couple years back I had a work commitment out of state and I put the vehicles in my wife’s name in case anything happened while I was gone. When she passed away earlier this year, I finally put it back in my name, and that’s why there’s a newer date on the title.”

Have any ELR stories or questions about this listing? Let us know in the comments below!