Click here for an CycleVIN Motorcycle History Report on this 1984 Yamaha RZ350 Kenny Roberts. Additional photos are available here for your perusal.

In the 1980s, tightening emissions requirements started to kill off the two-stroke motorcycles we knew and loved. Yamaha’s last gasp was the RZ350, which was able to sneak through thanks to the industry’s first inclusion of catalytic converters integrated into the exhaust system. US models were offered in 1984 and 1985 and were specifically marketed as Kenny Roberts replicas with the legendary “speedblock” livery and Kenny’s signature on the front fairing.

Note the YPVS acronym on the engine: that stands for Yamaha Power Valve System, a computer-controlled valve that could adjust exhaust port timing. This enabled increased torque at low RPMs while maintaining horsepower higher up in the rev band, resulting in over 40 horsepower at the rear wheel. There wasn’t much in form of competition for the RZ in the mid 80s, and Cycle World called it a ‘perfect 10 on the fun scale’ when it was their cover bike in July of 1984. 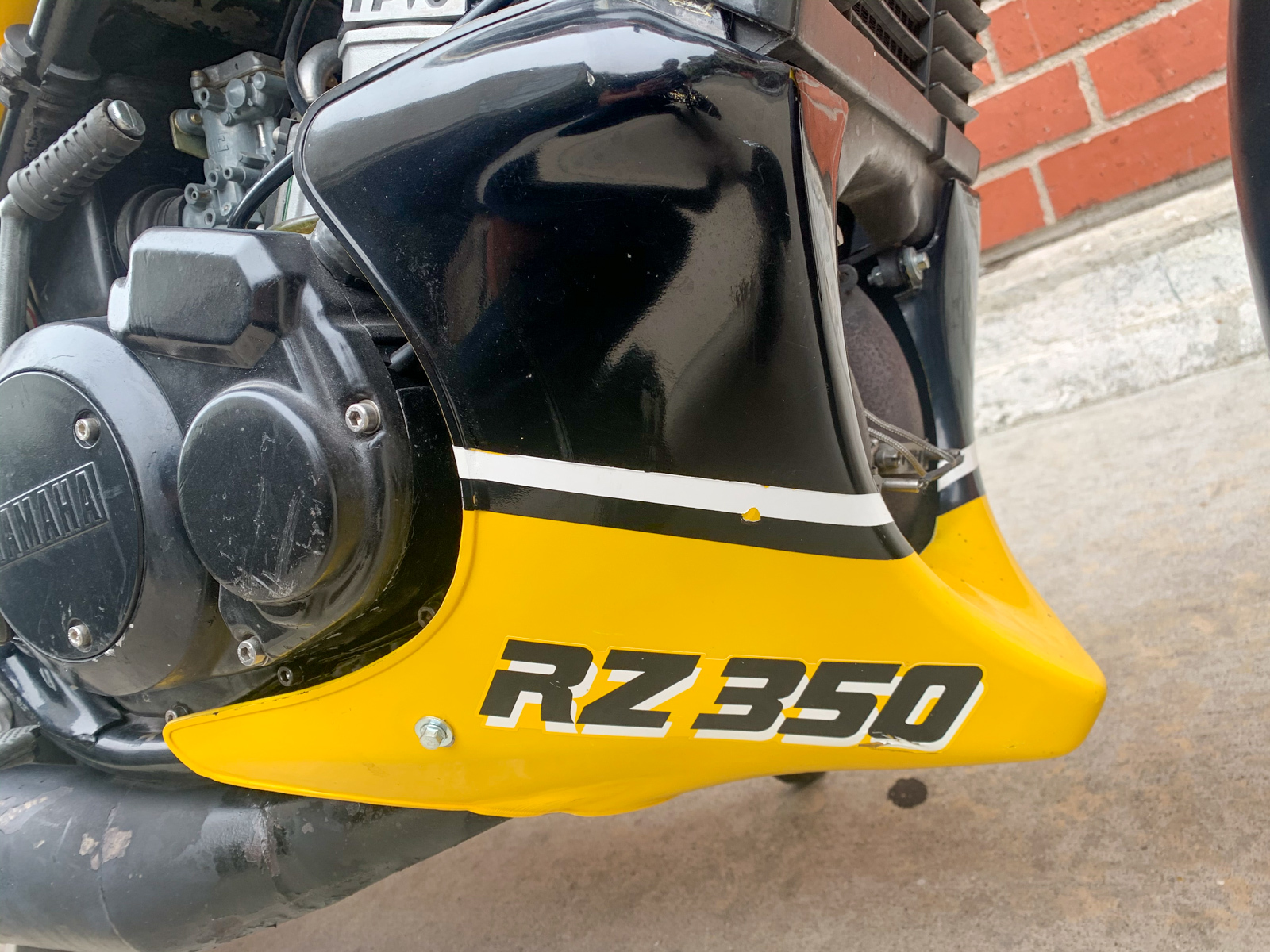 This example (VIN: JYA48H00XEA003963) has been with the seller since 2010. Currently located at our shop in Marina del Rey, California, it is offered with an Oregon title.

The top end was gone through less than 500 miles ago and it runs great.

It is equipped with a Spec II exhaust – the original is not included.

It is also equipped with a Zeeltronic PPV-RZ3 programmable power valve controller as well as a Zeeltronic CDI-RZ1 single channel magneto CDI. 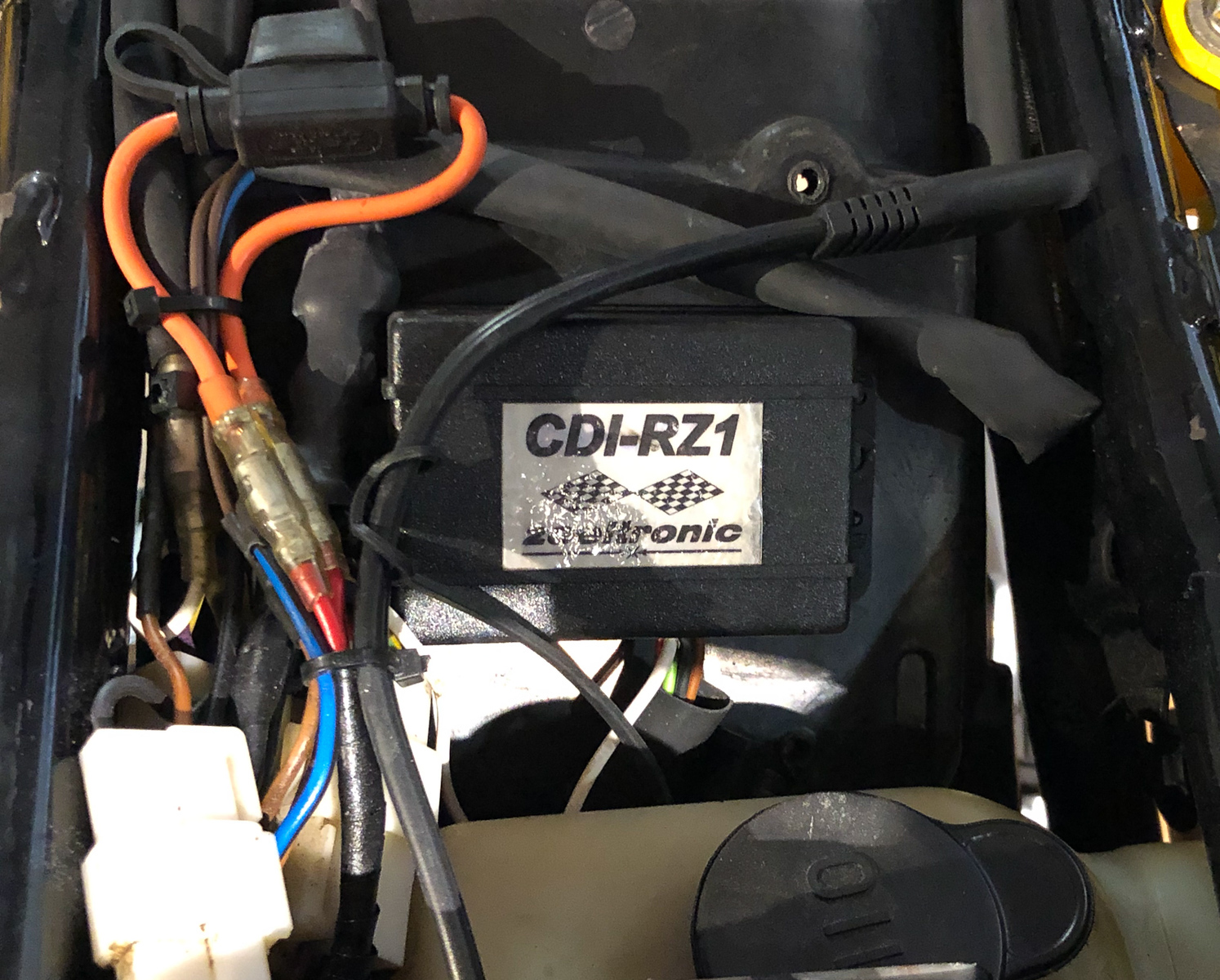 There is also a tear in the seat.

Adorned in the iconic yellow/black/white speedblock livery, this RZ350 is ready to ride. Got any RZ350 stories or have any questions? Let us know in the comments!

Every RZ that was actually used has a dent in the tank just like this one. Ride, wheelie, repeat.