Auction Expired because there were no bids

Additional photos of this 1985 Di Blasi Express are available here for your perusal. 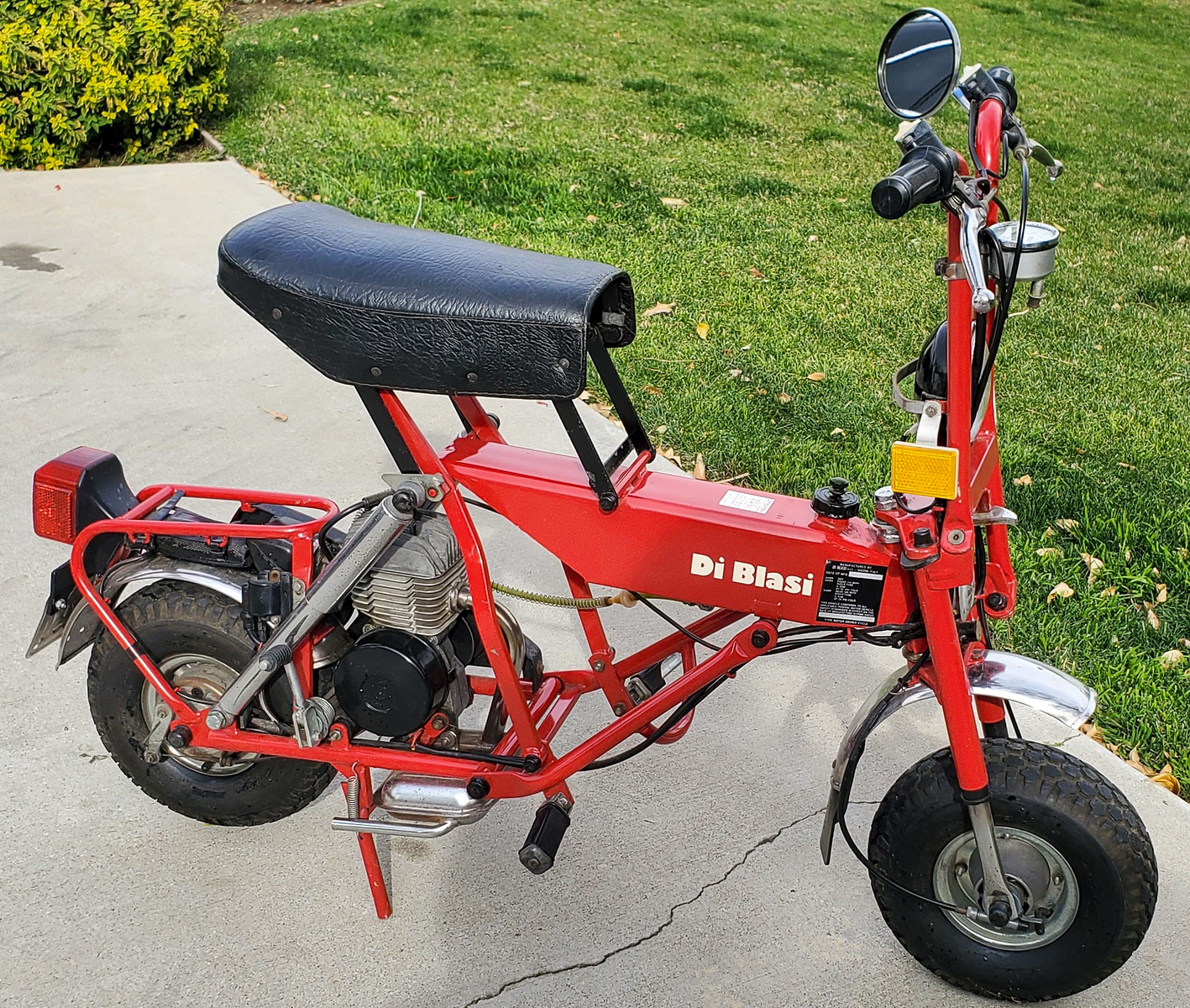 The Di Blasi company takes its name from its founder, Rosario Di Blasi. Rosario was an Italian Air Force Pilot who lived on the eighth floor of an elevator-less building in Rome after World War II ended. He had to lug his bicycle up and down eight flights of stairs each time he wanted to use it, and that inspired him to build a folding bicycle that would be much easier to carry. That eventually led to the idea of a folding scooter, and he experimented with prototypes until he unveiled the DIBLA 7 folding trike at the 1968 Turin Auto Show.

Di Blasi (the company) was established in 1973 with two products: a folding bicycle called the Avia and a folding moped called the R2. The R2 used a Morini engine, but by 1979 Di Blasi had developed their own 49cc two-stroke motor specifically for the folding scooter platform – it produced 1.2 horsepower, enough for a claimed top speed of 30 mph.

That same year they released an updated model called the R7. In the US, the R7 was sold as the “Express.”

The seller is the widow of the owner, who passed unexpectedly. She is selling off his collection of 20+ bikes and does not have much history on them, but she notes that motorcycles were his passion. She knows that he acquired this Express from a private party in 2017. Currently located in Granada Hills, California, this Di Blasi is offered on a California Identification Card.

Have any Di Blasi stories or questions about this listing? Let us know in the comments!

Auction expired because there were no bids.
Subscribe
Login
Please login to comment
Inline Feedbacks
View all comments