Click here for an instaVIN Motorcycle History Report on this 1986 Suzuki GSX-R750 Limited Edition. Additional photos are available here for your perusal.

Less than a year after the initial release of the GSX-R, Suzuki unveiled an even more hardcore version of the watershed model with the GSX-R750 Limited Edition. In order to qualify for AMA Superbike competition, Suzuki produced a total of 199 LE-spec Gixxers for the US market in 1986. At approximately two grand more than the base model, the LE carried an MSRP of $6,499, making it the most expensive Japanese sportbike offering upon its release. 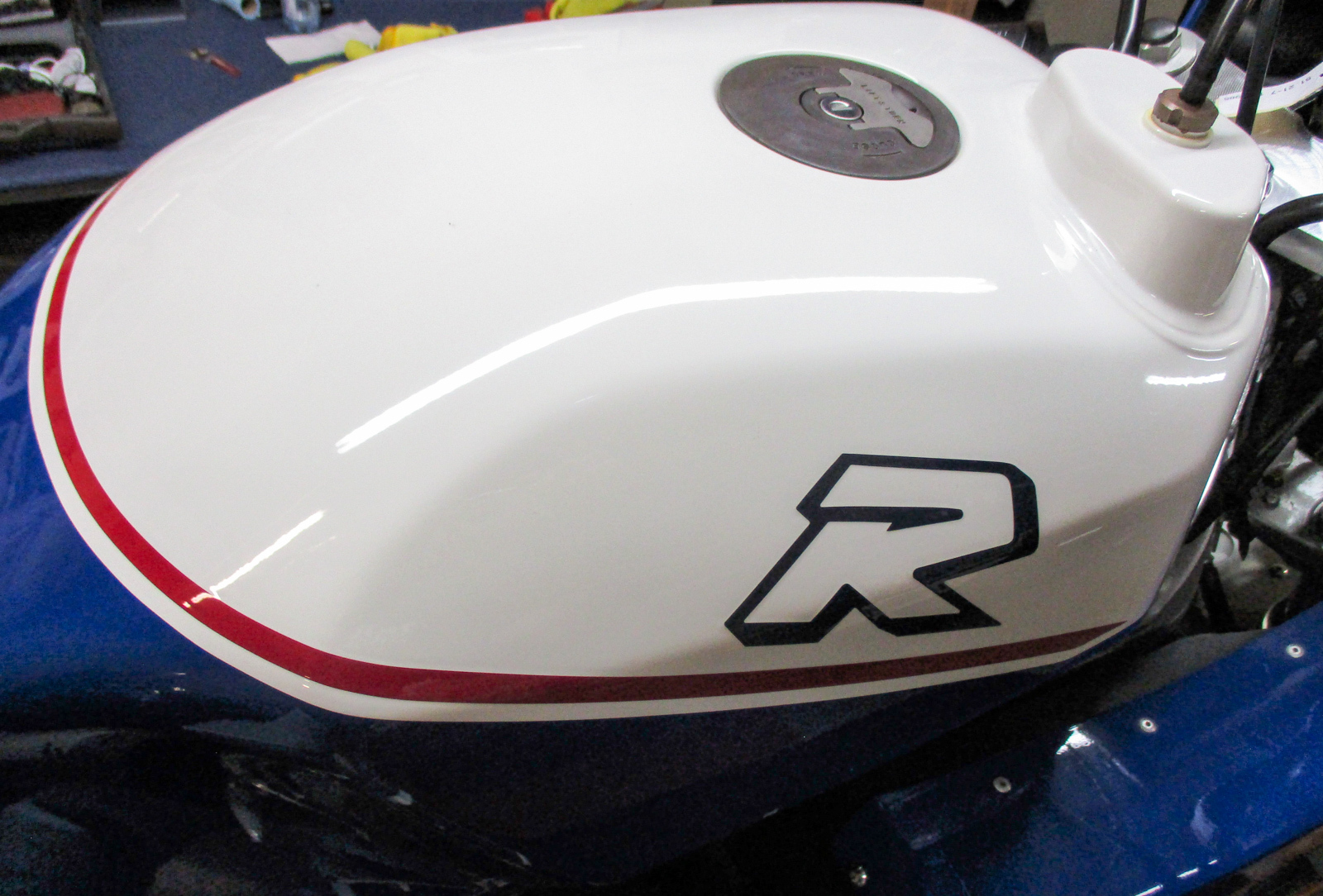 Separating the LE from the standard 750 was a revised suspension setup using GSX-R1100-spec 41mm forks equipped with Suzuki’s NEAS (New Electronically-Activated Suspension), and an aluminum-bodied remote reservoir mono-shock with an aluminum full floater linkage. Stopping power was bolstered via anti-dive full-floating 310mm rotors and dual-opposed piston calipers. The swingarm on the LE was also stretched by an inch (25mm) for improved stability and a steering damper was added as a standard item.

Quite possibly the biggest highlight on the new model, however, was its super trick dry clutch, which was married to a close-ratio six-speed gearbox. Replacing the base model’s wet-plate setup, the new dry clutch came paired with an adjustable clutch lever. 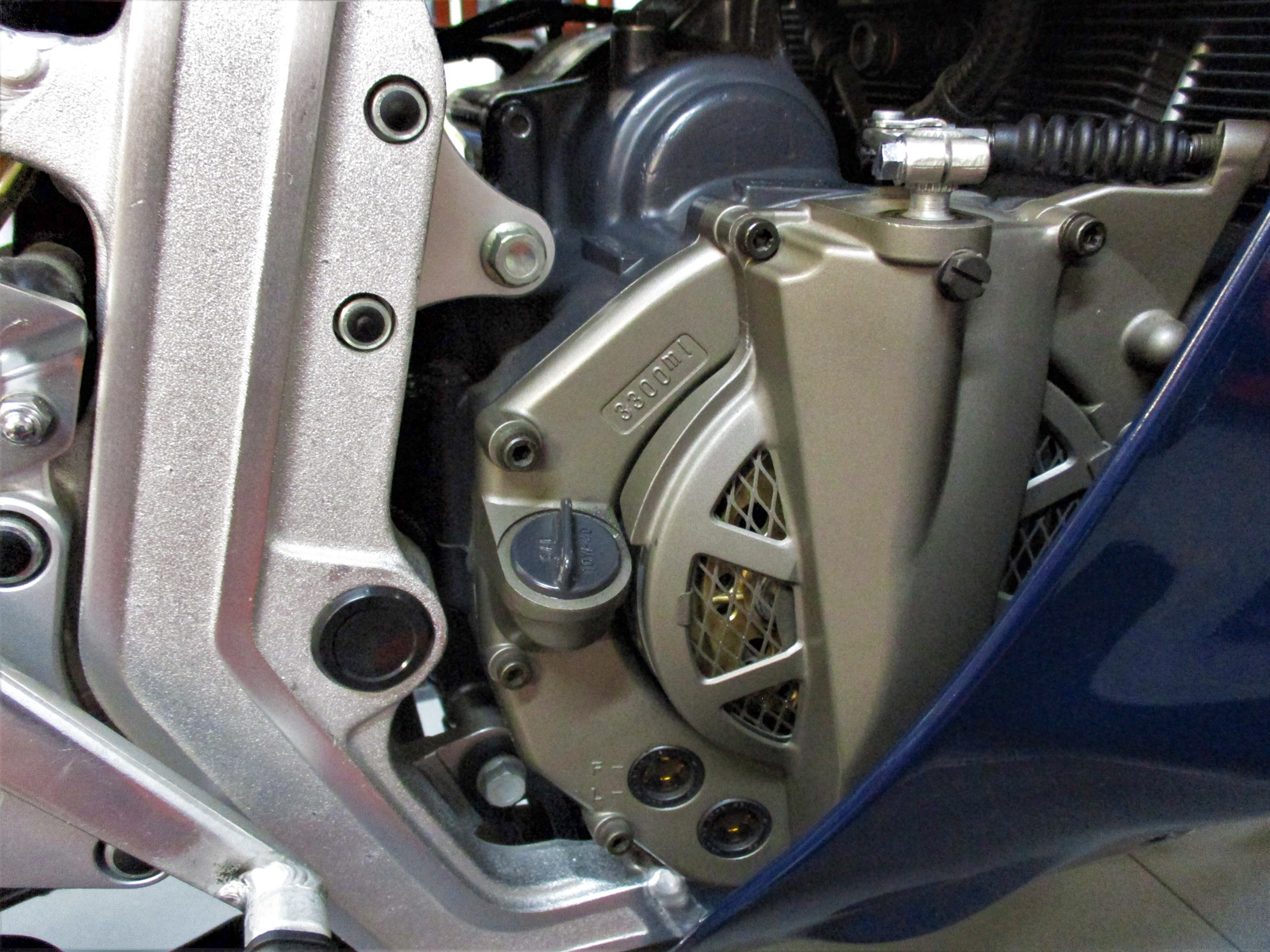 The Limited Edition models were also distinguished from the standard version via its special race-inspired livery. Instead of the base model’s white and blue or black and red colors, the LE featured a red, white, and blue scheme complete with “LIMITED EDITION” graphics on the tail. The wheels were also adorned in a matching blue, the chain was gold-plated, and the engine received a special “gun-coat” finish.

The LE also tipped the scales at 6lbs less than the already lightweight base model. The weight savings were made possible through the use of lightweight bodywork, such as a solo tail cowl with quick-release fasteners. There were also some very minor elements differentiating the LE such as slightly wider clip-ons and amber halogen headlights. 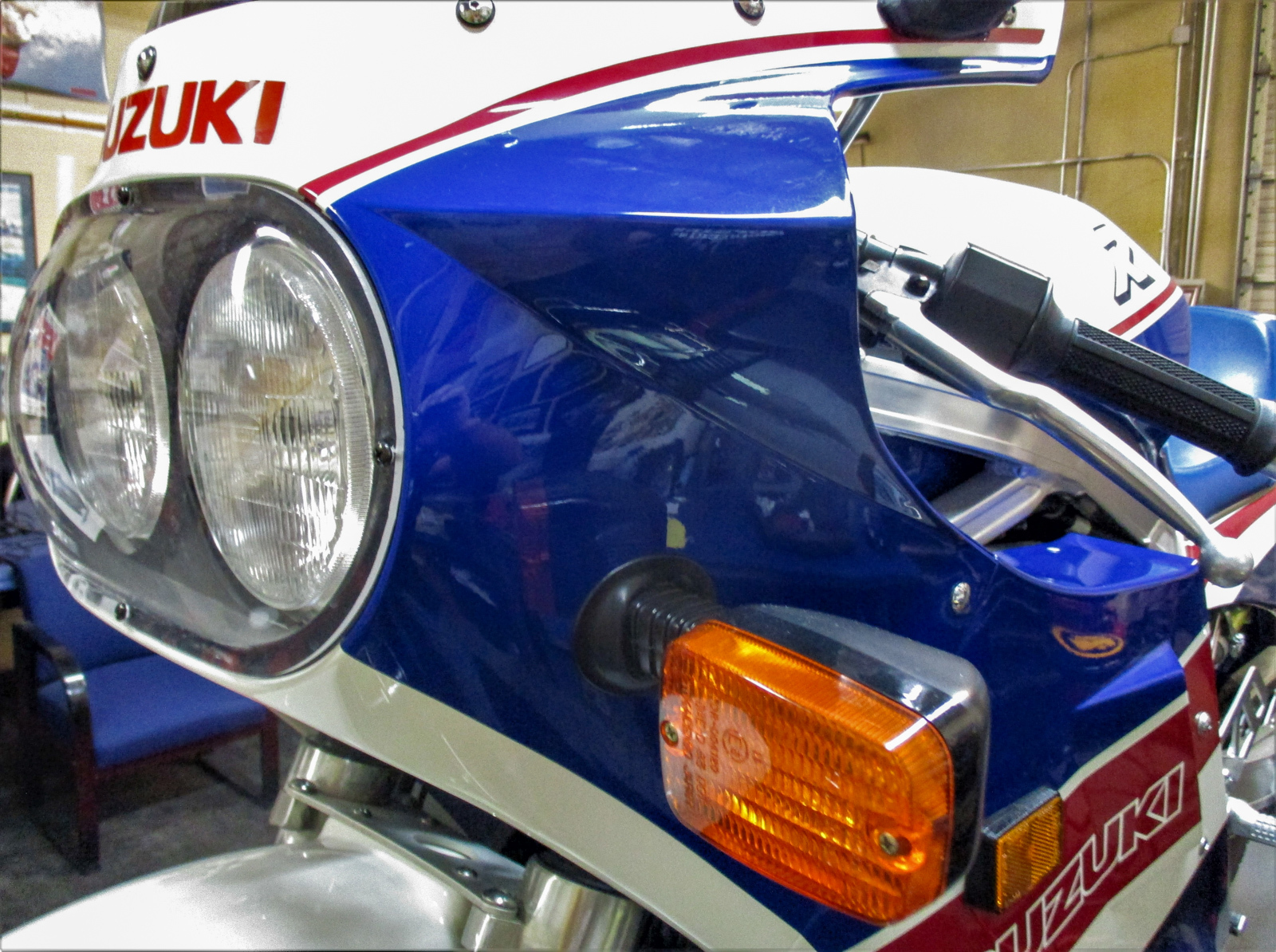 Many of the 199 units in the US were immediately turned into track bikes, and a surprising number were exported out of the US. That means it’s rather difficult to find one, let alone one as clean as this with low mileage. This example (VIN: JS1GR75A9G2107202, Engine #: R705127020) comes out of the collection of Lockhart Phillips USA. The odometer shows 3,379 miles.

The seller notes that it is completely original, including the tires. “We have shown it at various motorcycle functions and at the Lockhart Phillips headquarters in San Clemente.” It is currently located in Reno, Nevada, though the bike is on a California title and was last registered for street use in 2001.

It has been stored in a climate-controlled environment and there are no scuff marks or corrosion to report. With that said, it has been on display for quite some time so the seller states that you’ll need to “service the battery and fuel system” if you want to ride it. Our White Glove service would be glad to take care of that for you if you wish.

This is an impressively clean example of a truly Limited Edition Gixxer – will you keep it on display or put it back out on the streets?

This Suzuki GSX-R750 Limited Edition sold for $20,000 including buyer’s fee on our classifieds. Congratulations!

Looks like a great bike. Do you know why they would cut down the seat foam?

A lot of guys did this in the past if they weren’t very tall. It’s typically so they can touch the ground or perhaps they want to “flatfoot” it. Typically anyway…..