Additional photos of this 1986 Suzuki RG250 are available here for your perusal.

The Suzuki RG250 Gamma was introduced in 1983 as the first mass-produced motorcycle with a 100% aluminium box section chassis. This, combined with the light weight of <300 pounds, anti-dive forks, and "Full Floater" rear suspension, is why it is considered by some to be the first street-legal race replica. Things got even better in 1986 when Suzuki rolled out two upgrades - Automatic Exhaust Control (AEC), and a gorgeous Walter Wolf livery which paid tribute to the race team.

Currently located at our shop in Marina del Rey, California, this RG250 (VIN: GJ21B115406) is offered with an Oregon title. The seller states that it’s a true Walter Wolf per the VIN – our research has only been able to turn up accurate VIN lists for the Walter Wolf RG500s. We are continuing to search for a list of Walter Wolf RG250s and welcome any input from our knowledgeable community!

The tank had accumulated some light scratches over the years, so the owner had it repainted in 2015 and has rarely used the bike since.

The wheels show quite well as they were powdercoated in the OEM color in 2015 and the tires have not been changed since. 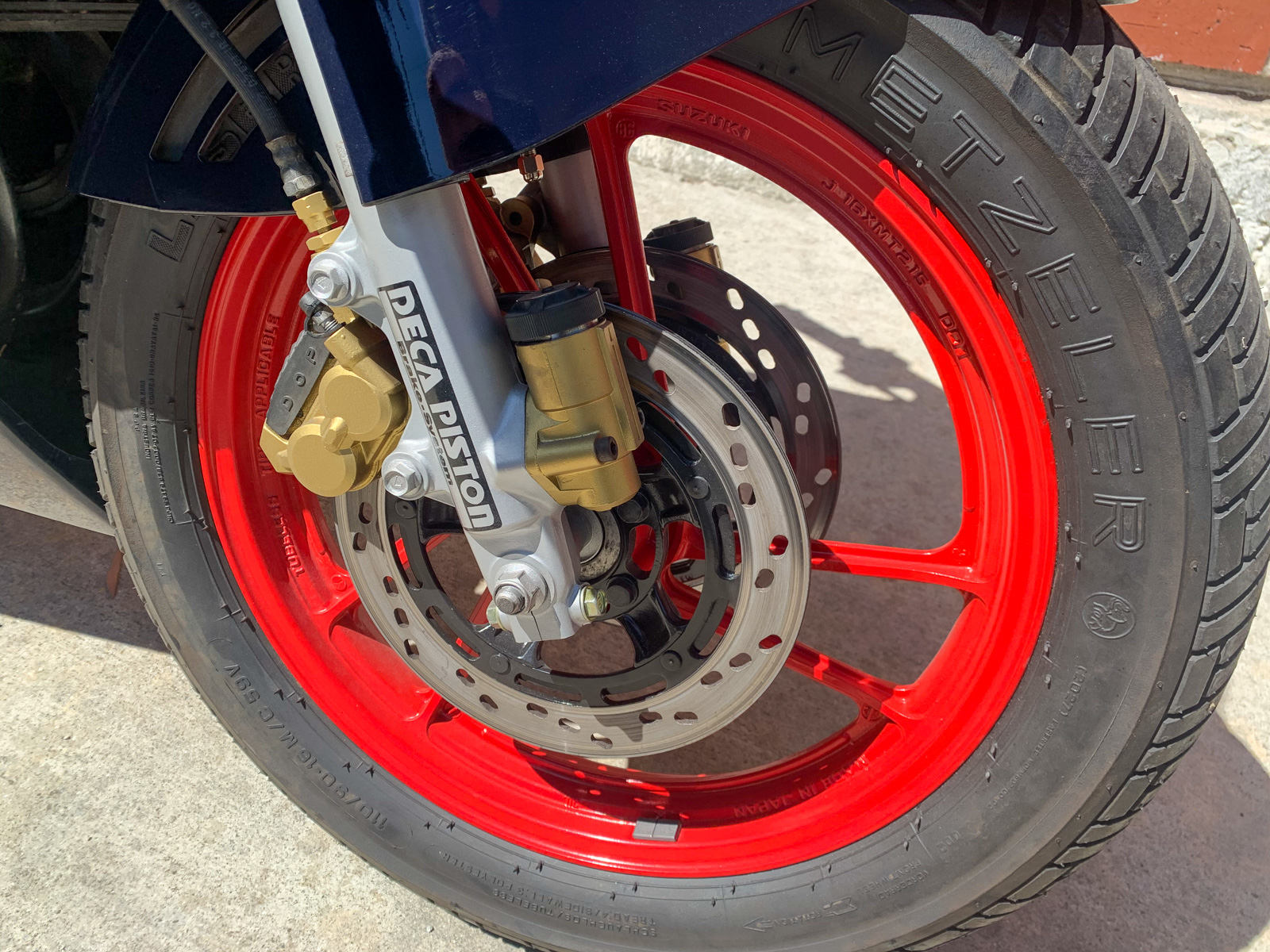 The ~45 hp, two-stroke motor is original and unmolested – it starts on the first kick and runs great.

There’s some of the minor corrosion that is typically found on bikes imported from Japan – most of it appears on the swingarm.

There is expected wear for the age, such as scratches in the bodywork and a cracked “OPPOSED PISTON” piece over the rear caliper. The largest cosmetic flaw is a series of scratches on the left side of the front fender. 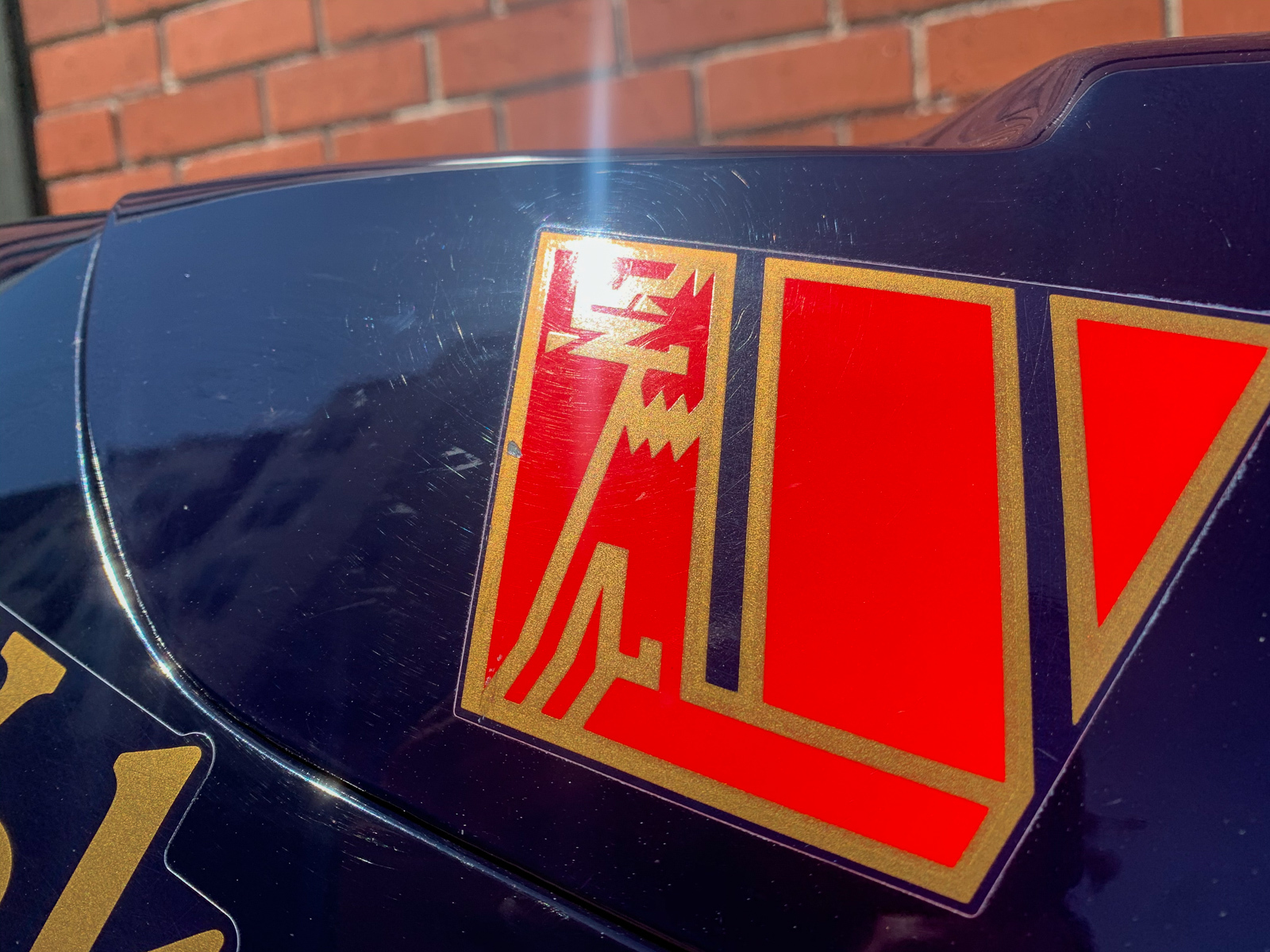 This rare Walter Wolf is ready to ride. Got any RG250 stories or have any questions? Let us know in the comments!