Click here for an CycleVIN Motorcycle History Report on this 1986 Suzuki RG500 Gamma. Additional photos are available here for your perusal. 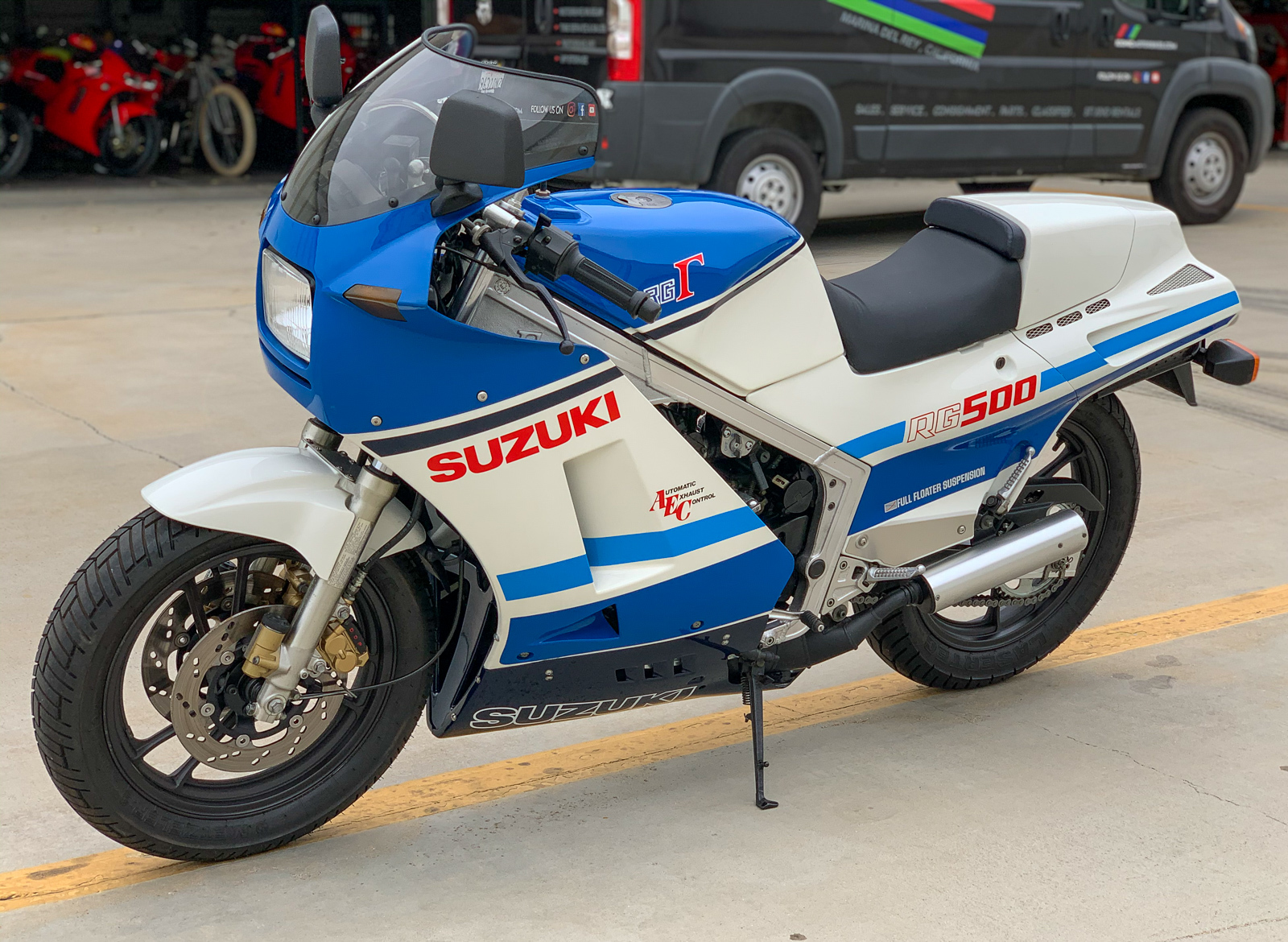 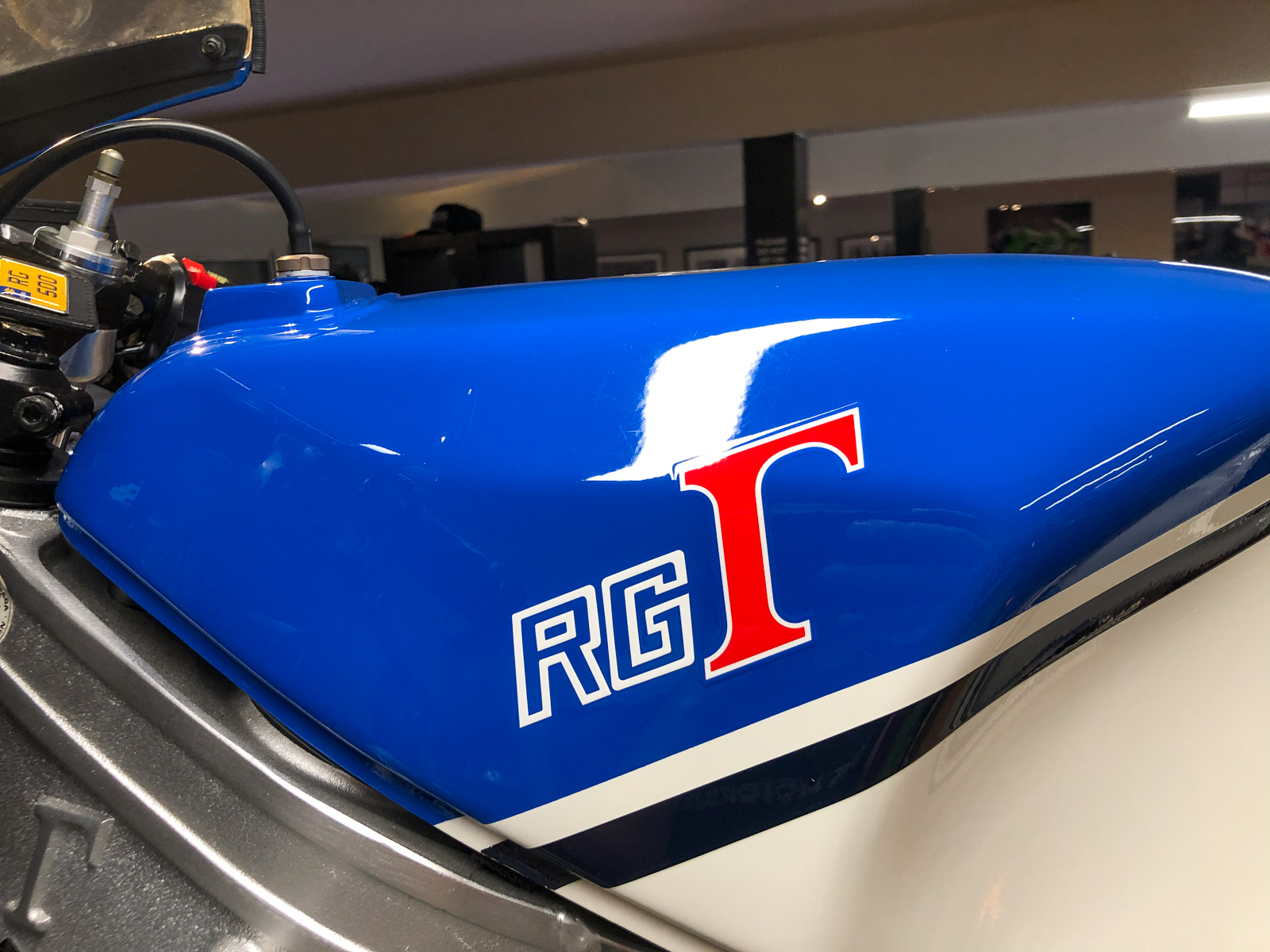 To capitalize on the brand’s reputation for building high-performance race bikes, Suzuki decided to develop a slightly-tamed production version of its competition square-four machine. The production model’s engine was based on the XR45’s race-bred 130 hp unit. The 498cc, rotary valve, twin-crank, two-stroke, square-four featured Mikuni 28mm flat-side carbs, an exhaust utilizing SAEC (Suzuki Automatic Exhaust Control), a six-speed cassette-style gearbox, and thermostatically controlled liquid-cooling. Elements such as the barrels and crankcases on the RG500 were virtually identical to those on the XR45, though a few changes were obviously made for the sake of the road-going model’s longevity. 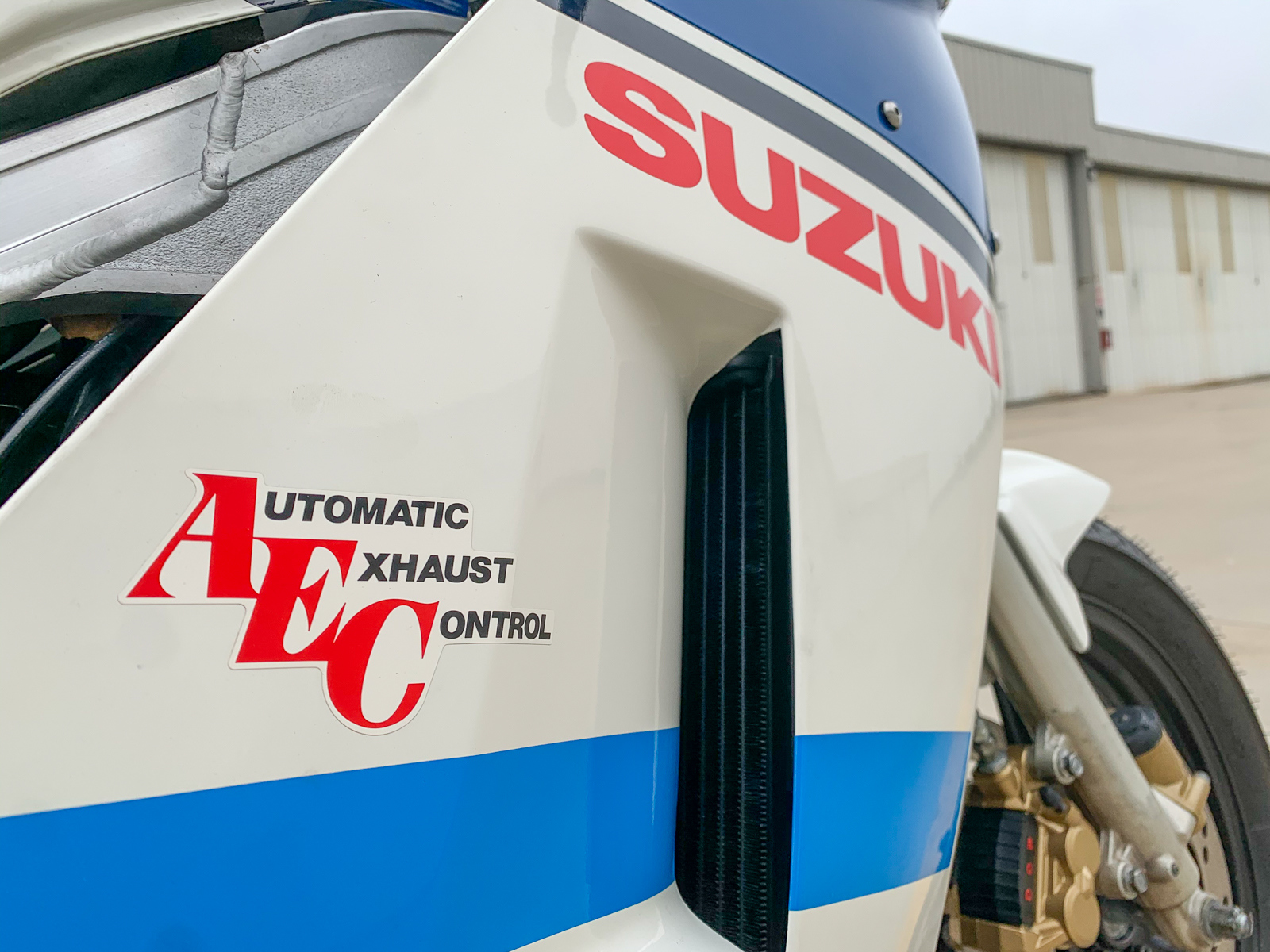 The race-derived motor put down as much as 95 hp at 9,500rpm and 53ft-lbs of torque at 8,000rpm. Weighing in at just 340 lbs dry, the RG offered a top speed of over 130 mph and could fire off quarter-mile runs in 11-seconds flat. The Suzuki’s 16-inch front-wheel held a set of twin 260 mm discs and quad-piston calipers while the 17-inch rear hoop sported a single 210 mm disc with a dual-pot caliper. 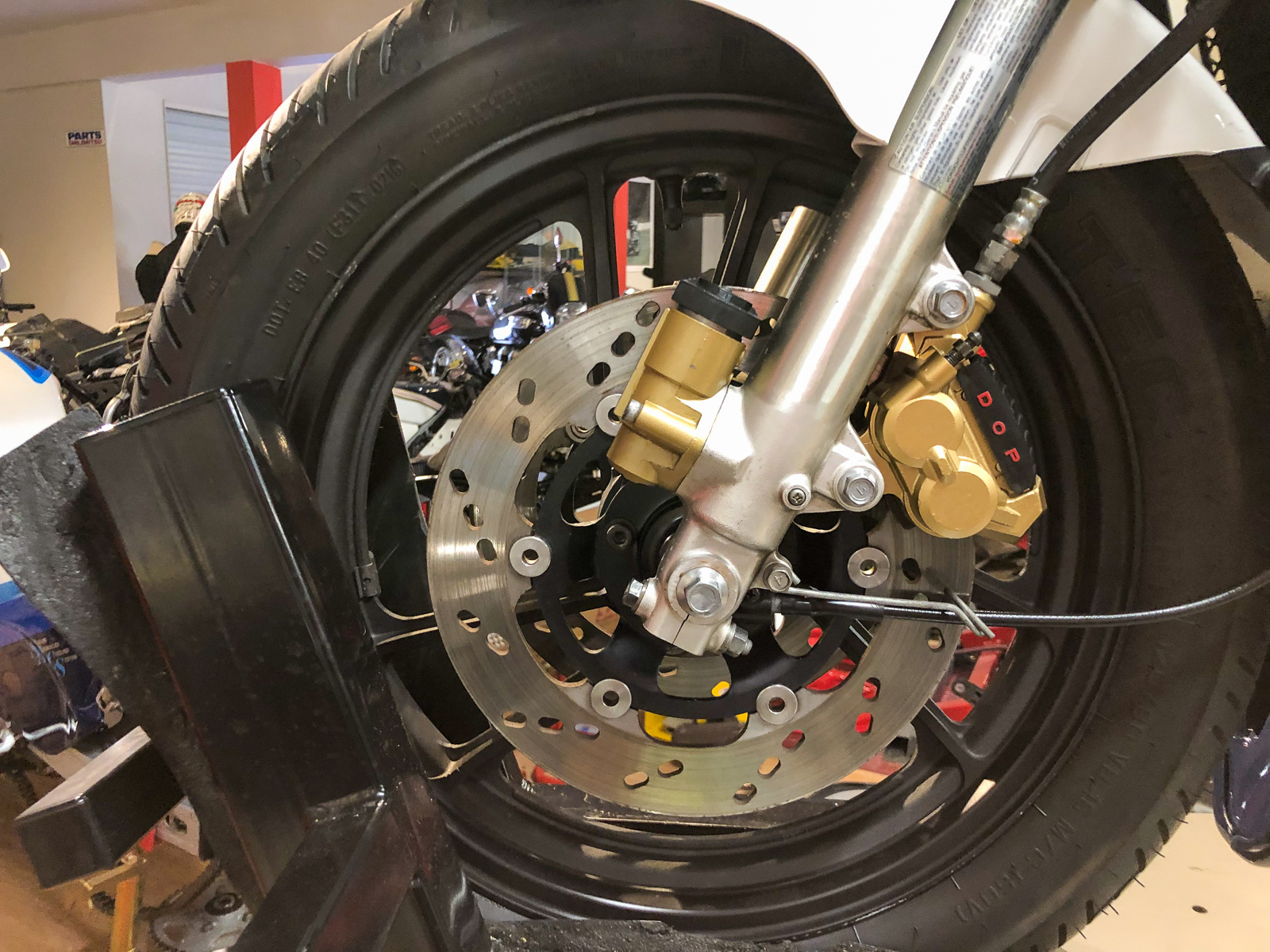 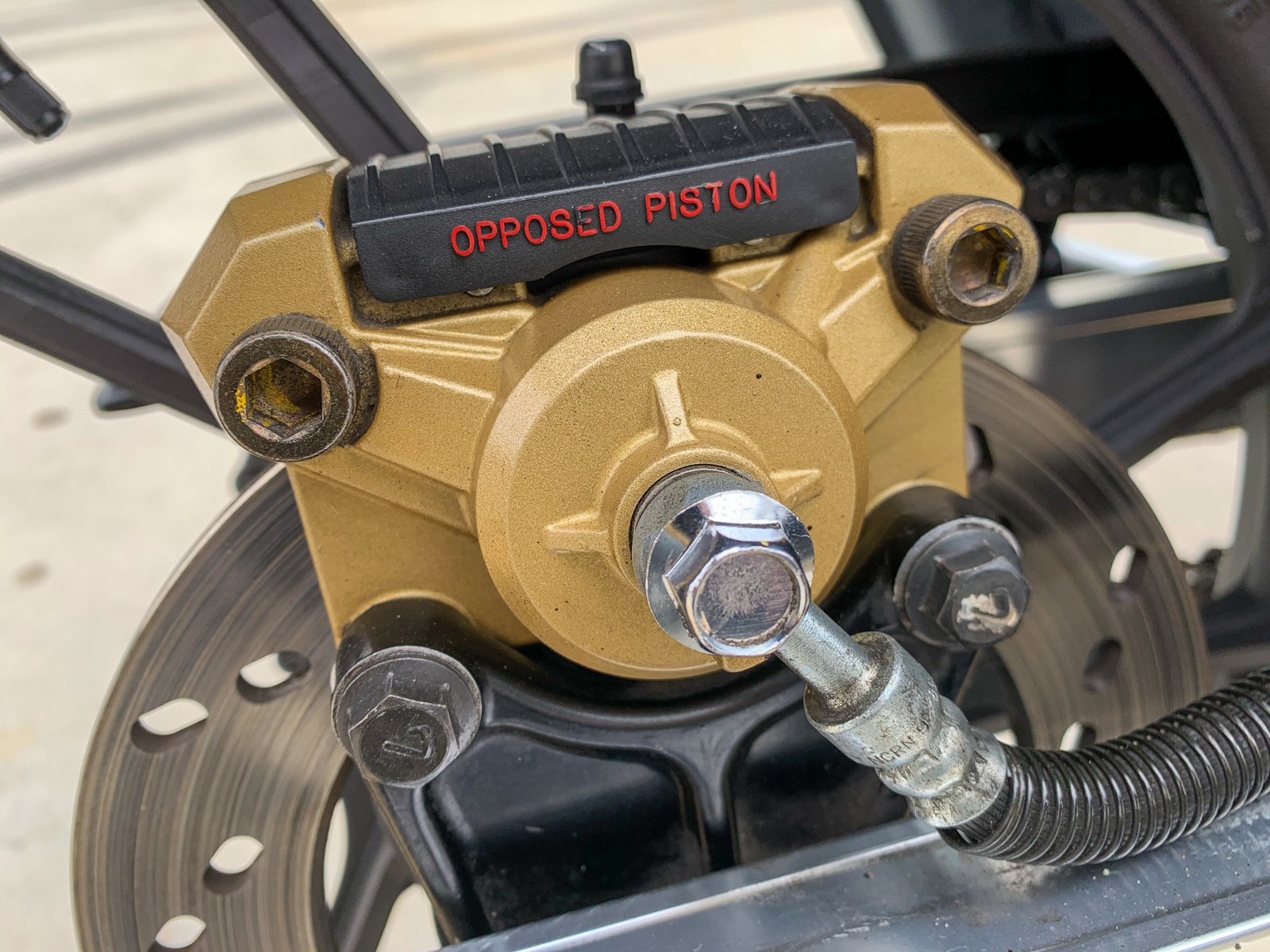 Like the powertrain, the RG500’s frame was also borrowed straight off the race bike; a lightweight box-section aluminum alloy perimeter frame with a cast steering head that funneled air toward the carbs. Tacked onto the front was a set of 38mm forks with preload adjustment and Suzuki’s “POSI DAMP” anti-dive system, while out back the square-section double-sided alloy swing-arm was hooked up to a full-floating monoshock.

In its first year in ’85, some 7,340 examples were produced, while another 1,412 units were built in ’86, followed by a final 532 specimens in ’87, making for a total of only 9,284 in its entire three-year run. Due to emissions regulations (among other reasons), Suzuki never officially sold the RG500 Gamma in America, though it was offered in Canada so a few grey market examples have found their way across the border. 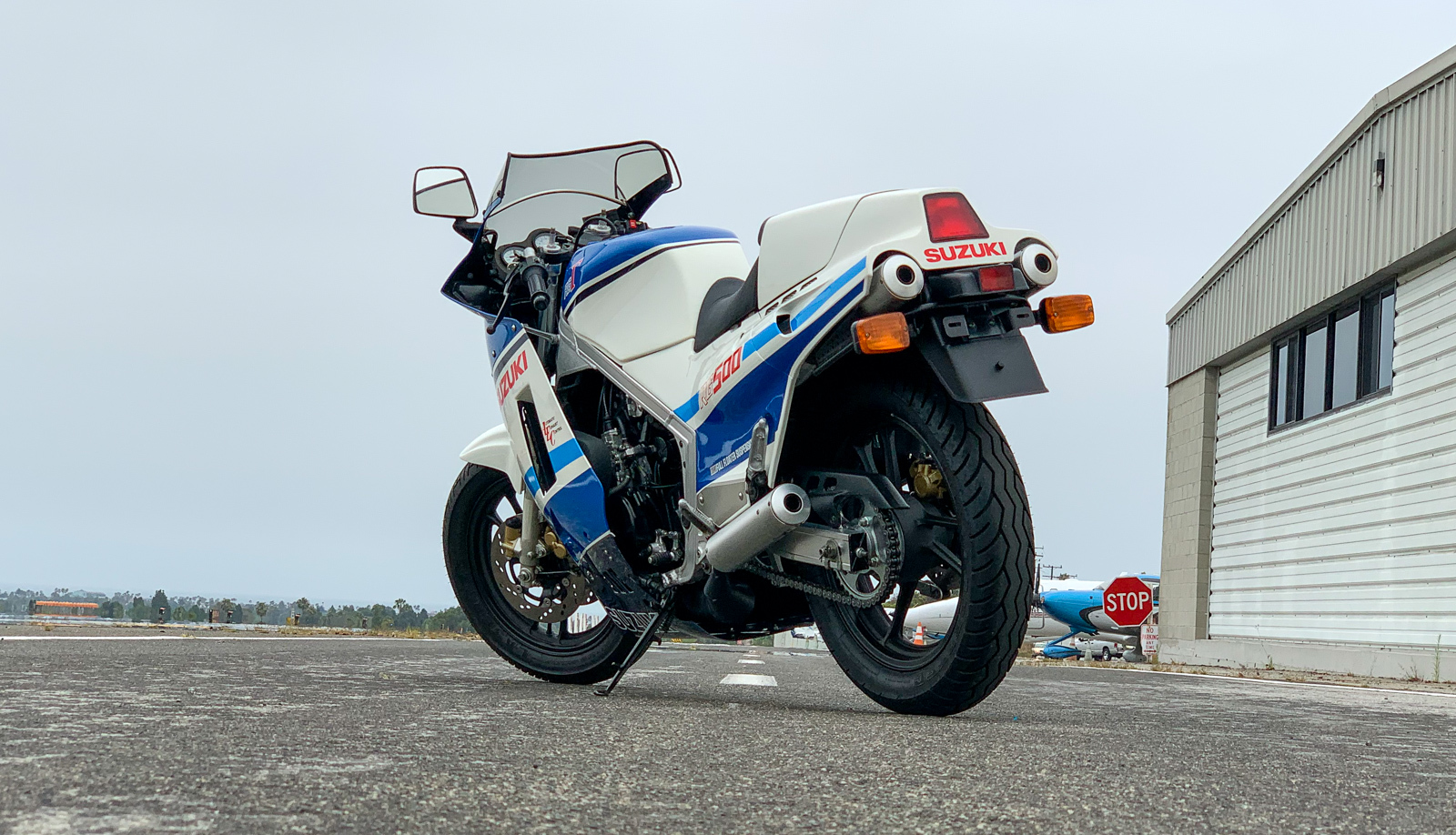 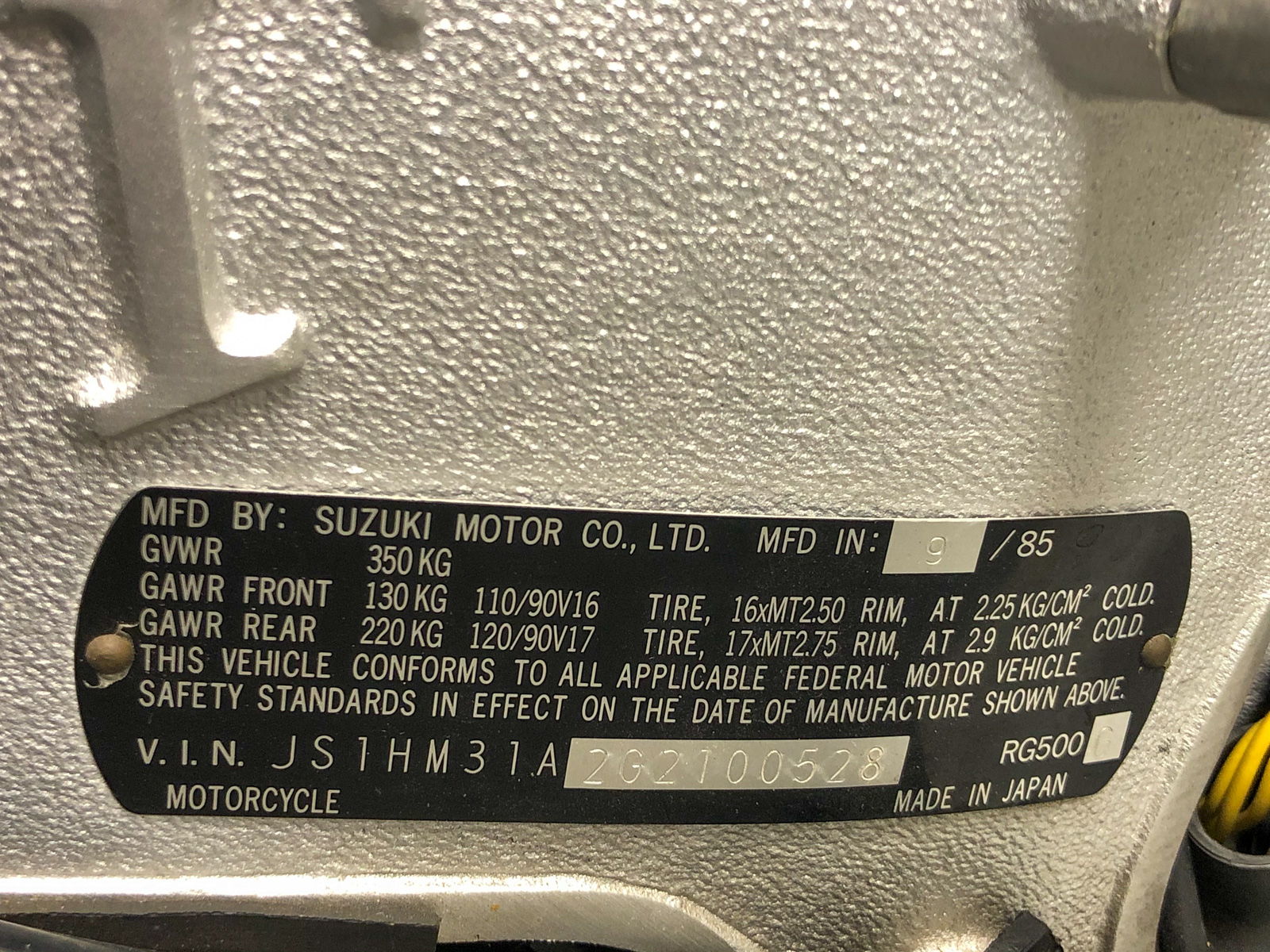 This RG was already in stellar condition, however the seller wanted it as close to perfect as possible. With that in mind, our White Glove service took care of the following:
1. The belly pan had some minor marks and a small crack, we had it completely repainted (inside and out) with new decals. It’s nice to have the inside painted as well since 2 strokes are known to drop oil on the inner fairings at times and can become brittle. This way, it can be wiped off easily.

2. The tank had a very small chip on the bottom edge where it approaches the frame. We had that refinished and the blue polished to show as new. 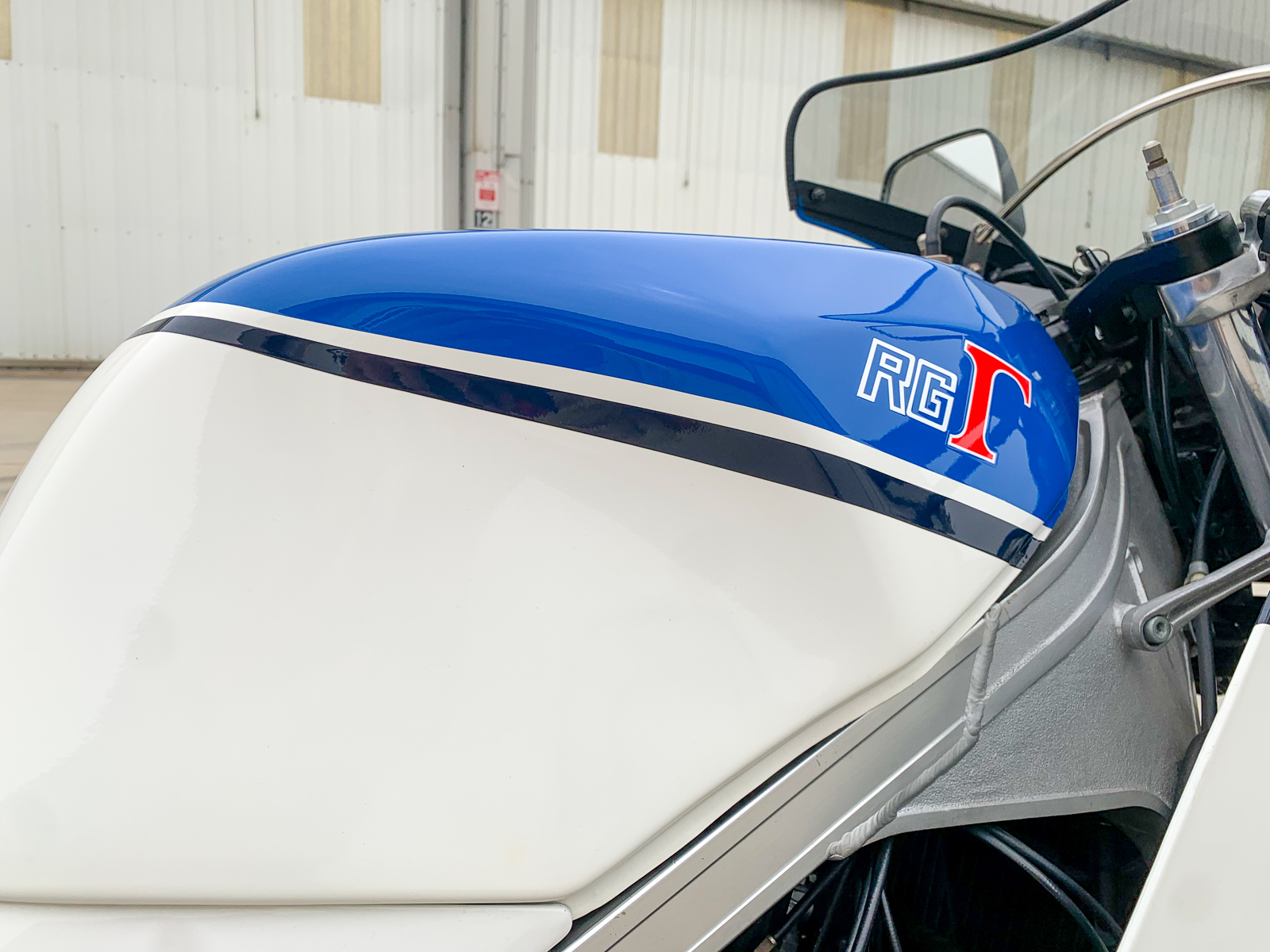 3. Ollie gave it a full detail with wheels off. 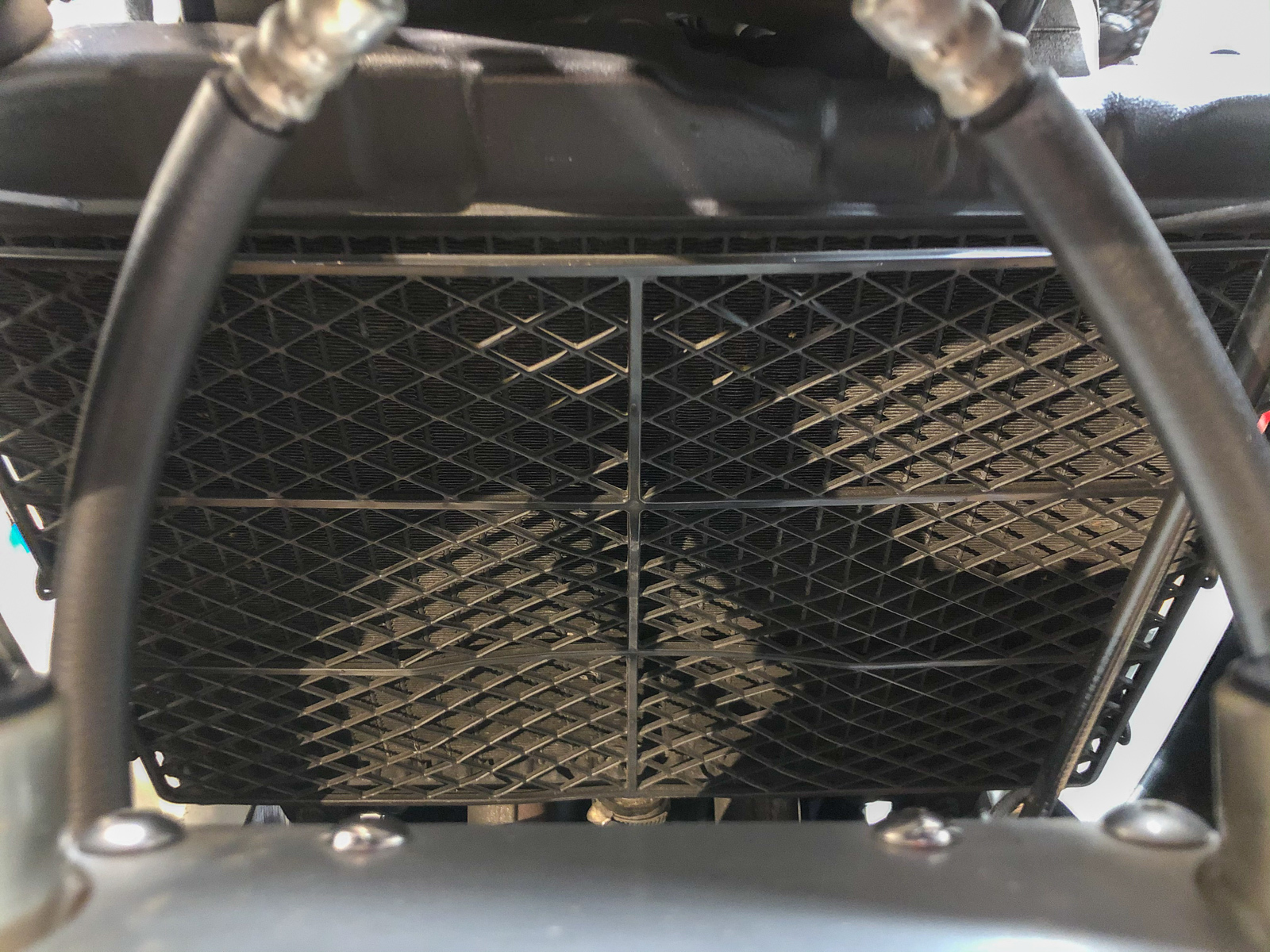 4. Flushed the oil injection and tank.

6. Rebuilt front calipers with new seals and dust seals. During this process we noticed a flaw in the paint so we had them repainted as well.

Ollie took it for a test ride after his work and his first words were, “Can we keep this one?”

It is currently at our Santa Monica, California location for anyone that would like to inspect it up close. The odometer shows 12,675 kilometers (7,876 miles). PLEASE NOTE: The mileage will go up as we will be enjoying this one a bit before it goes!

It is equipped with a Lance Gamma petcock kit and a support brace on the upper fairing to prevent it from flexing. 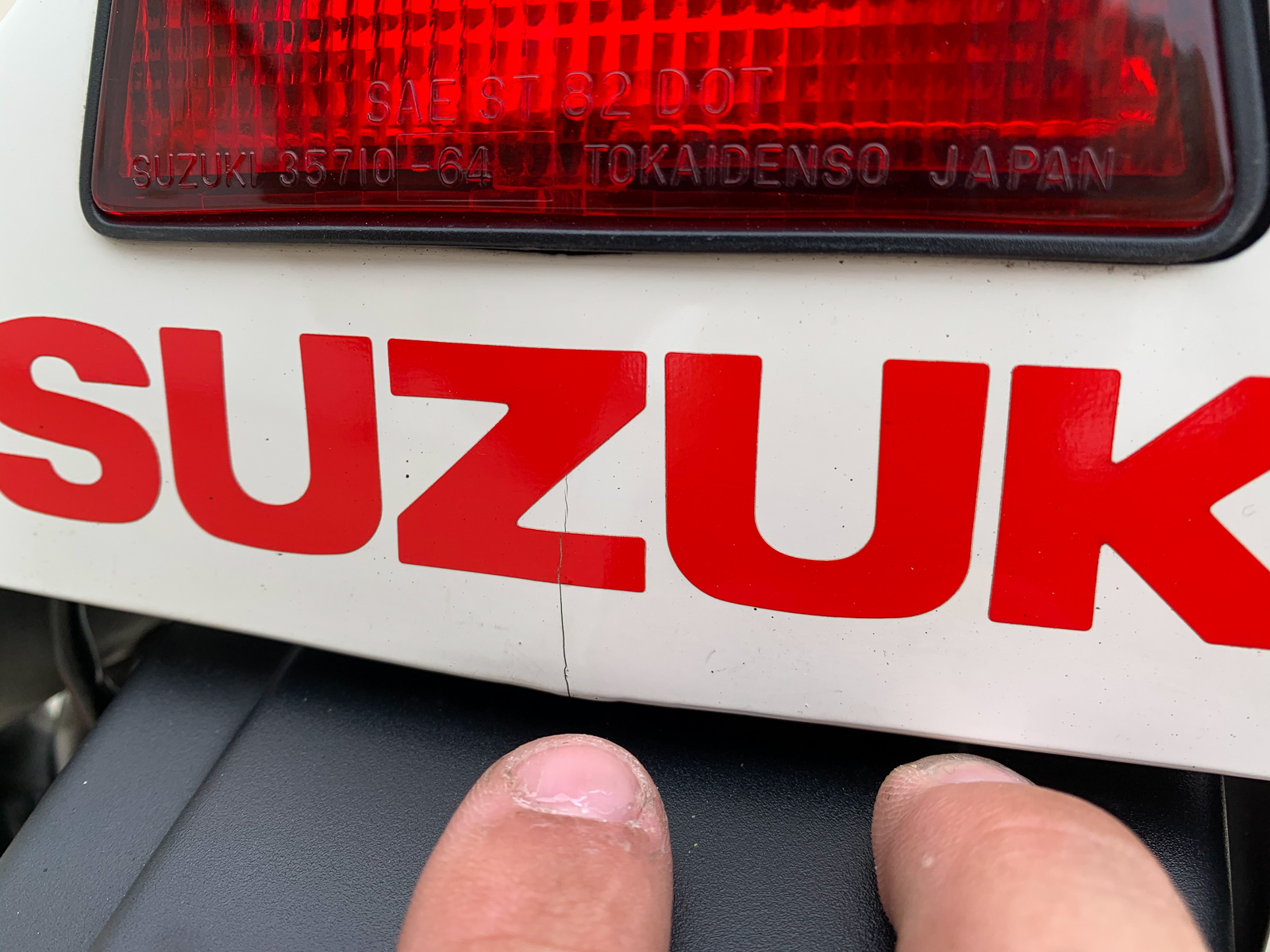 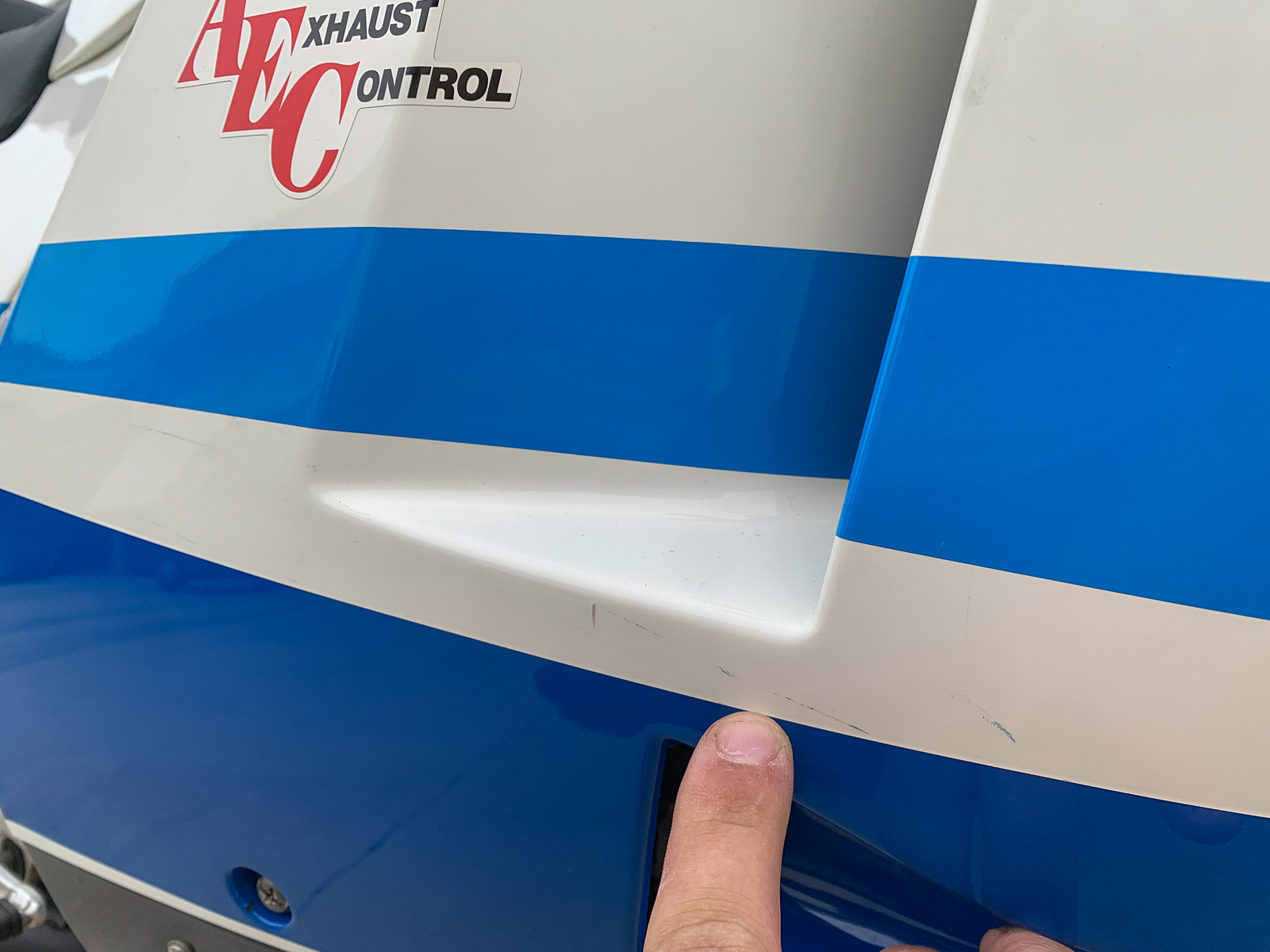 Adam notes that RG500s were frequently abused – in his opinion this is one of the cleanest and most original RG500s he’s ever seen. Got any RG500 stories or questions? Let us know in the comments below!