Additional photos of this Suzuki RG500 WW Clone are available here for your perusal.

There are a few iconic race/sport-oriented motorcycles that have stood the test of time far better than the majority of two wheelers and the Suzuki RG500 Gamma is a prime example of this. To this day, the RG500 retains its off-the-charts “cool-factor” with its fascinating bodywork and design, not that it wasn’t impressive from a mechanical or engineering standpoint for its time. The seldom-seen limited-edition livery on this racer only further cements said cool factor. 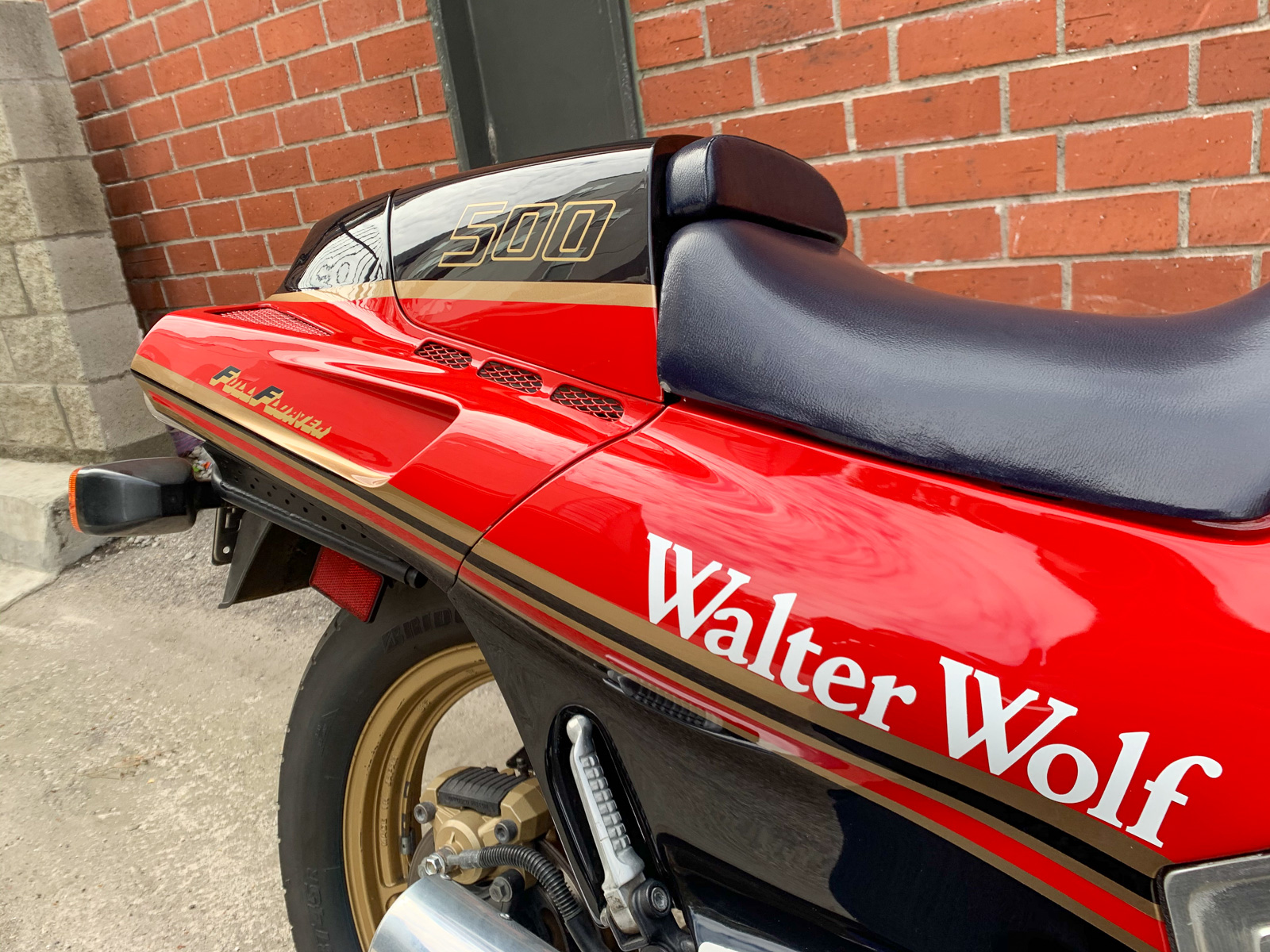 But the Suzuki’s awesome appearance is only a fraction of what makes this bike so epic. By today’s standards, the RG is a fun vintage sportbike but in its day it was one of (if not) the best. With a dry weight of 340 lbs and a powerplant that put down 95 hp, the RG blew away other race-replica offerings from competing manufacturers as the RG was the closest road-goer to its purpose-built factory racer that it was based on. 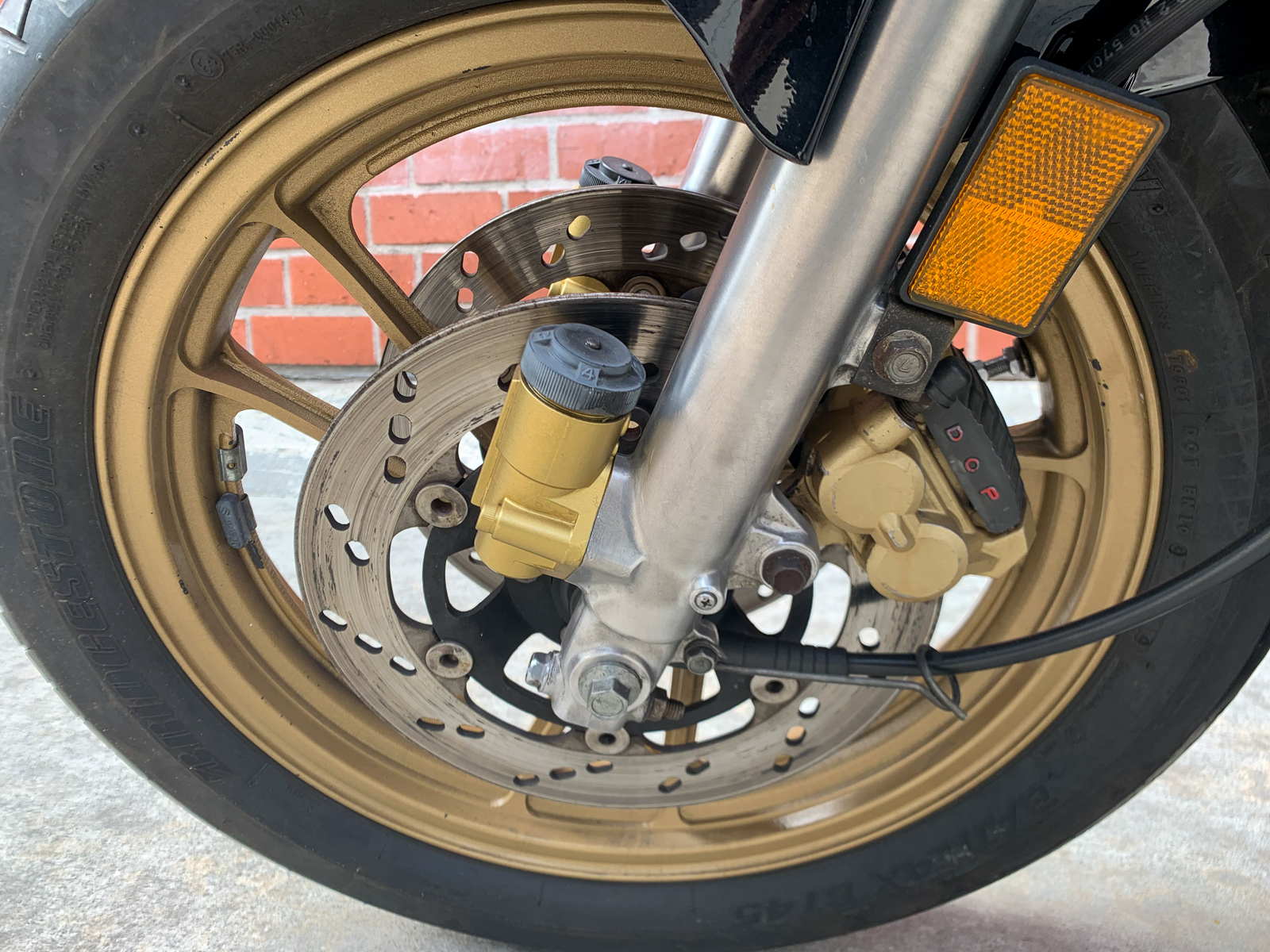 It is currently located at our shop in Marina del Rey, California for inspection and is titled in the state of Oregon.

The machine was repainted to look like a Walter Wolf edition by a previous owner, however the color was slightly off. Impressively, said previous owner met Walter Wolf himself at the Vintage Automobile Racing Association of Canada Formula One Reunion in June of 2007 at Mosport. There, he had Walter sign the tank, and we have been told it’s one of two bikes that Walter has ever signed. The current owner acquired it from Canada in 2010. He knew that the color was wrong but didn’t have the heart to repaint it over Walter’s signature. Instead, he had his painter clean it up and match the bike to the color under the signature, then clear coat the signature. The seller is aware that the color is off but we don’t blame him for keeping Wolf’s signature!

Per the seller, he did not have the motor rebuilt as it runs so well. His mechanic told him to leave it alone as it has very strong compression, starts right up, does not leak or otherwise have any issues. There are new hoses and oil check valves. Considering the mileage, we suspect the motor has been rebuilt at some point in the past but there are no documents or receipts to verify that. This bike is also equipped with Lance Gamma’s supplemental petcock kit.

Beyond the paint, this RG is said to be all stock and the owner cannot say enough positive things about how great of a rider it is. We hope the next owner takes plenty of advantage of that and rides it frequently!