Additional photos of this GSX-R750RK are available here for your perusal.

In the long line of Gixxers, the ’89 “RK” model is considered by some to be the most special of them all. 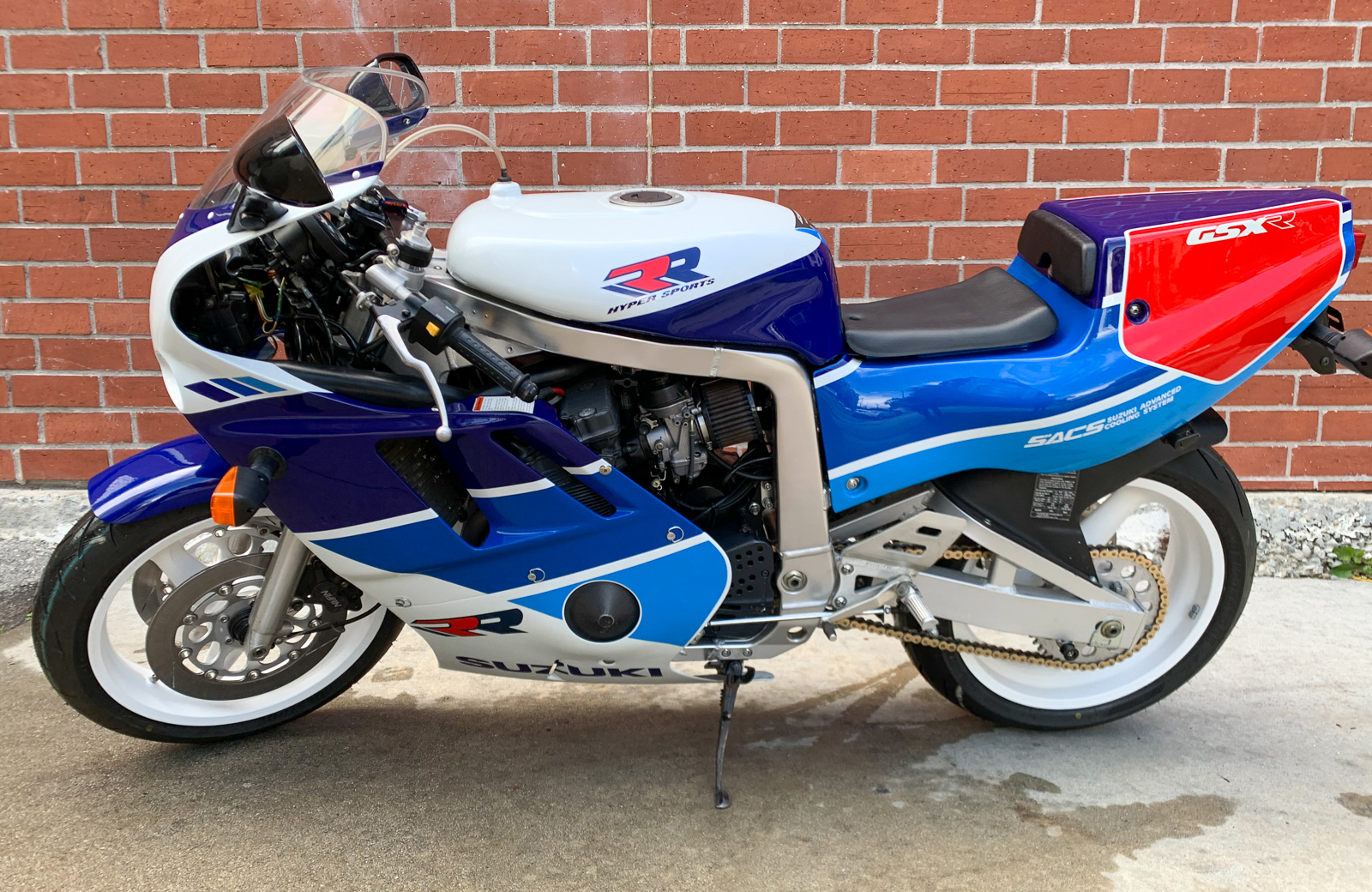 The RK was also known as the RR – no matter what you called it, it was rare. Just 500 were built for homologation purposes, none of which were officially sold in the US.

Rounding off the package was, in Suzuki’s words, a “chain with special gold-colored outer plates, creating an impressive gold line.”

For more on the RK and what made it special, check out this recap on Motorcycle.com.

The original owner says that he bought it brand new with 0 miles and imported it from France with the intention of racing it.

Because of the race prep, some bolts had been drilled for safety wire and an underseat oil cooler was installed (the only place it could be located because of the full Yoshimura exhaust). Unfortunately, the race team sponsor pulled out, so the racing aspirations disappeared. The bike sat unused until 2004, when the owner’s son decided to use it for road use and registered it in 2004. The drilled bolts were replaced with new ones and the underseat oil cooler was removed at that time, so there’s a section cut out of the under tray plastic. You can only see this if the seat is off or if you’re under the motorcycle.

MPH gauges were installed when the bike was first registered for road use, so this has 4,359 miles on it. The original KPH clocks (showing zero) are included in the sale.

The owner is a former Yoshimura race technician. He sent the exhaust system back to his friends to do a complete rebuilt so it shows as new.

The bike is currently outfitted with Marchesini wheels that have been recently powdercoated. The sale also includes the OEM wheels, which have also been freshly powdercoated. 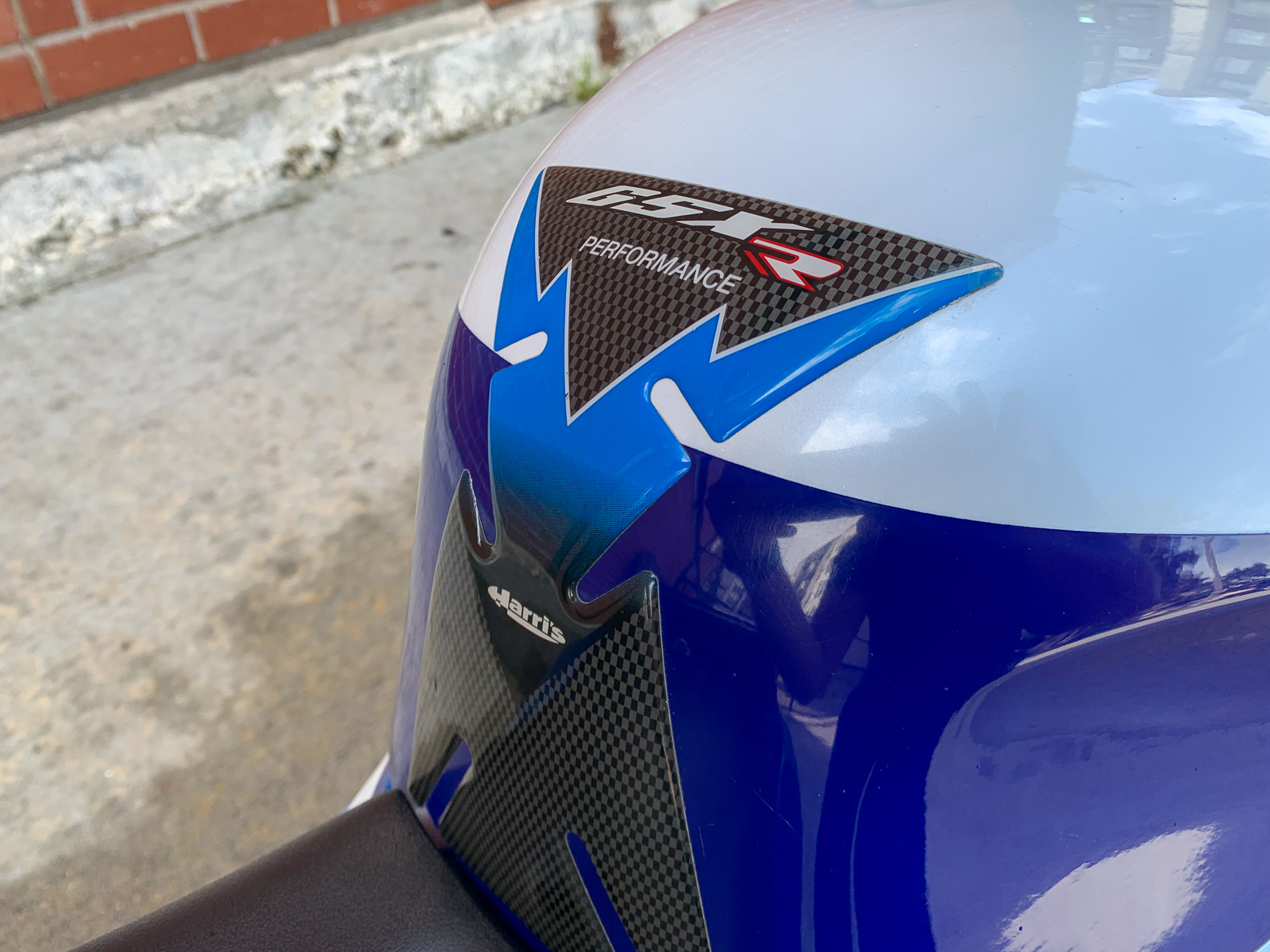 This RK has never been raced or crashed. The bodywork was only repainted because it had the typical blistering problem that some of the RK/RR’s experienced – similar to the issue on Honda RC30’s where they used a bad primer and it blisters over a period of time. Special care was taken to match the OEM colors.

Otherwise, it’s in impressive condition. The only thing we can find its a bit of storage wear on the left engine cover.

Here’s your opportunity to snag a solid example of one of Suzuki’s most iconic bikes! Ride it or show it – you’ll be happy either way.

The RK’s are literally the holy grail of this era of super bikes. As far as rarity goes, there are none rarer. They never came to the US, and virtually all were destroyed on the racetrack. Such a gorgeous motorcycle. GLWTS!