Click here for an CycleVIN Motorcycle History Report on this 1990 Honda VFR400R. Please note that it is titled as a Honda XR250. Additional photos are available here for your perusal.

Essentially a scaled-down version of Honda’s legendary RC30, the VFR400R, or NC30, was a race-bred 400cc sportbike introduced in the late 1980s. A smaller and cheaper alternative to the VFR750R, the 400 still possessed the same bodywork and livery as the 750, as well as its stellar reliability and fit and finish which had become Honda hallmarks. The NC30 filled the role for the Chuugata 400cc license rules in Japan and thousands of them found their way into the hands of young riders in Japan.

Powering the NC30 was a carbureted, liquid-cooled, DOHC, 16-valve, V4 with gear-driven cams that gave the NC30 a unique roar. With a relatively flat torque curve and a redline of 14,500rpm, the NC30’s V4 was good for around 30 ft-lbs of torque and just shy of 60 hp. Top-speed was a respectable 130 mph, and with a wet weight of only 400lbs, the VFR400R’s dual front 296mm discs and four-piston calipers were more than sufficient at slowing things down.

The trick little 400 was also an early adopter of various features such as its 360-degree “big bang” firing order, TRAC (Torque Reactive Anti-dive Circuit) 41mm telescopic front-end, and ELF’s Pro-Arm single-sided swing-arm. Just like its three-quarter-liter sibling, the welterweight VFR used a competition-derived aluminum twin-spar frame. A four-into-one exhaust exited on the left side of the bike, enabling easy access to the 18” rear wheel, and the suspension’s preload and rebound were both adjustable. The VFR400R was created for the Japanese domestic market, though it was officially sold in parts of Europe for a time in limited numbers. Produced until being phased out in ’94, the NC30 wasn’t ever sold in the US.

The seller acquired the bike about 6 years ago to use as a track bike, however he later decided to modernize it with new bodywork and put it back on the street. He’s letting it go now as he is moving overseas and can not take the bike with him.

NSR250 MC28 17″ rear wheel (both wheels have been recently powdercoated and have new Dunlop Sportmax tires).

Later model forks with rebound adjustment. “The forks were recently refreshed with new seals and fluid.” 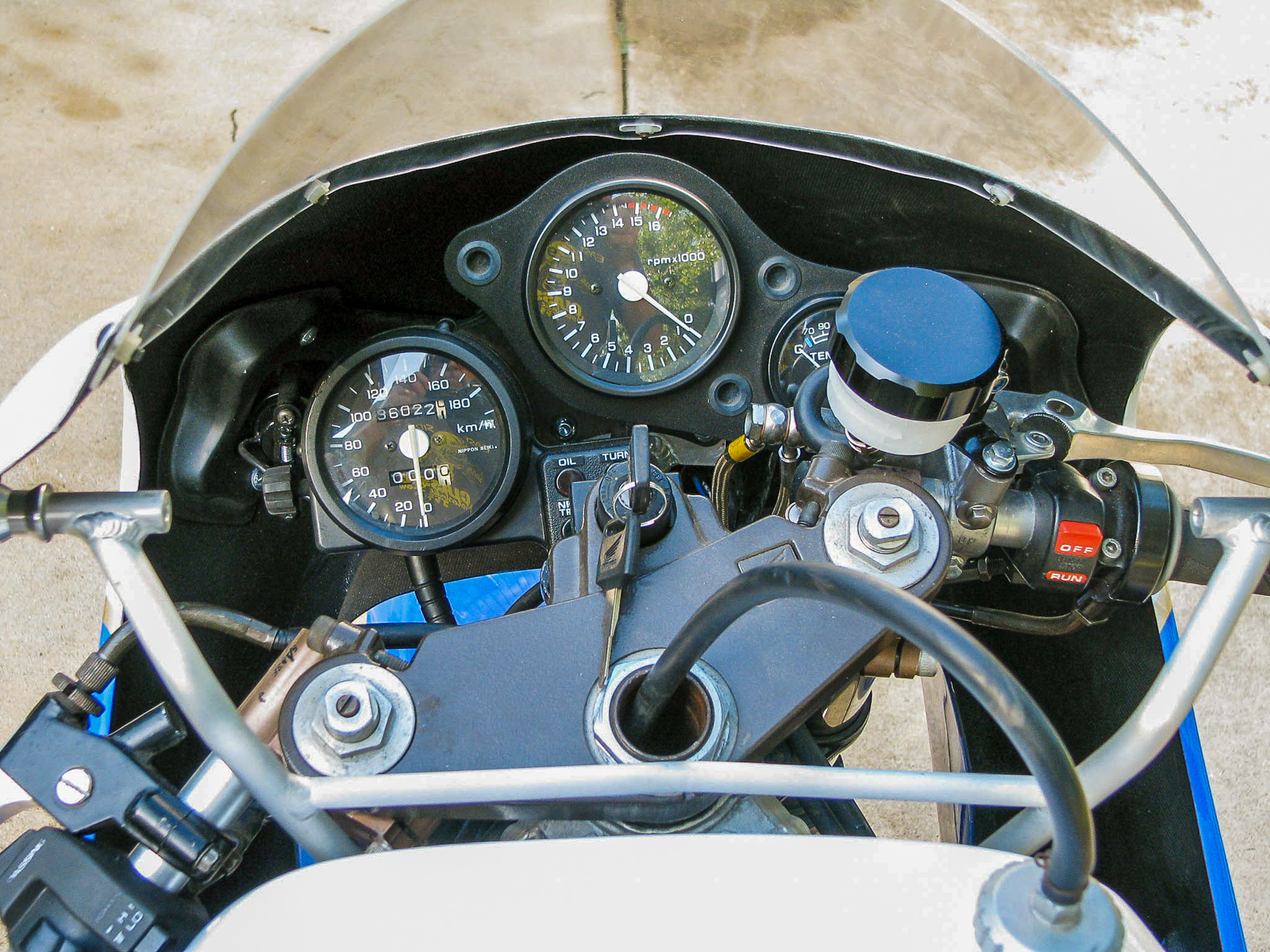 Cosmetic Blemishes:
The owner notes “some light corrosion on cast parts of the frame, some wear on the exhaust can, and light rust spots on the forks” 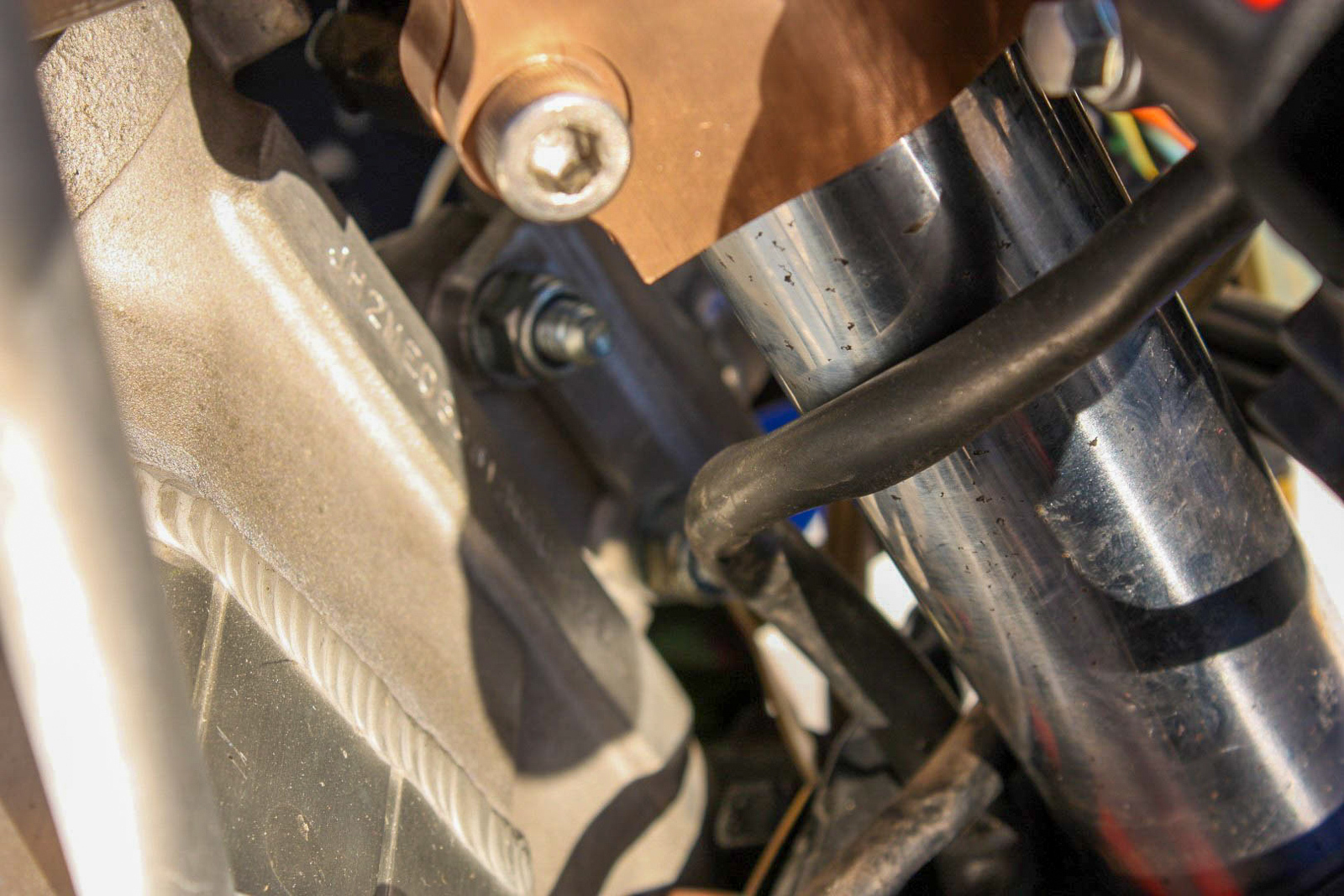 Mechanical Issues:
The seller states, “this is a nearly finished project that needs a few things finished and a general going over.
– the carbs are completely rebuilt with a LiteTek rebuild kit and the bike has fired up but the carbs will probably need to be synced/tuned.
– replace fuel line.
– the brakes need to be filled and bled front and rear, brake light switches need to hooked up.
– hook up the gauges and check all lighting connections.
– fill coolant and check all hoses/clamps, fit the new Tyga overflow reservoir bottle (included)
– fit the new Tyga mirrors and front turn signals (included)
– general going over of bike checking fitment of bodykit clearances and making sure it is road ready.”

Currently located in Elgin, Texas, this Honda VFR400 is offered on a clean California title that is NON-OP at DMV with no back fees. Have any VFR400 stories or questions about this listing? Let us know in the comments! 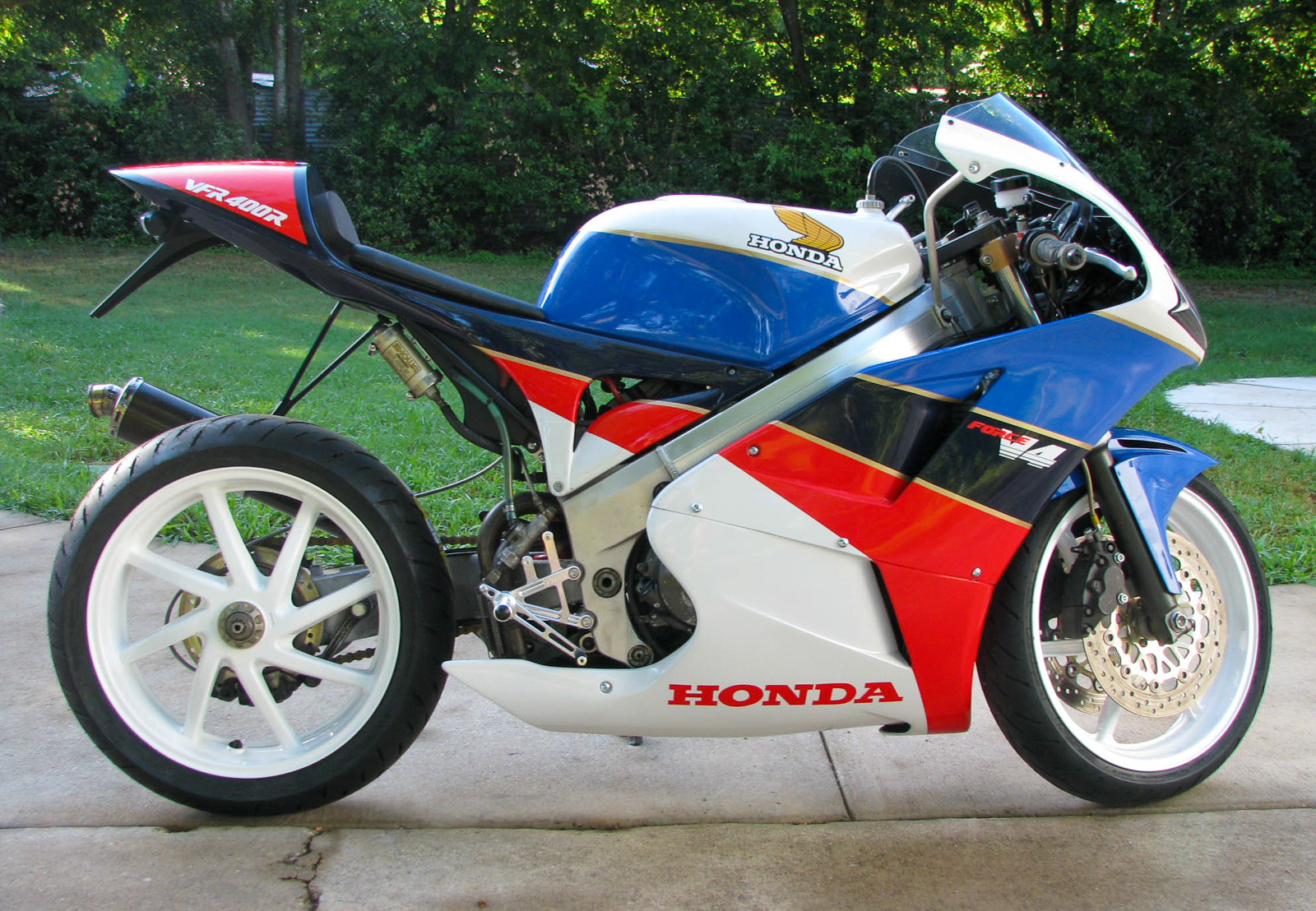