Click here for an CycleVIN Motorcycle History Report on this 1990 Kawasaki Ninja 750R. Additional photos are available here for your perusal.

In the mid-to-late 1980s, three-quarter-liter race replicas were becoming all the rage. Spurred on the release of Suzuki’s game-changing GSX-R750, it didn’t take long for other major manufacturers to follow suit: Honda with its VFR750 and Yamaha with the FZ750. Wanting in on the action, Kawasaki introduced its own take on a sporty-road-going 750 with the Ninja 750R. Kawa’s 750 wasn’t quite as race-focused as Suzuki’s Gixxer or Yamaha’s five-valve FZ, though it afforded superior road-going capabilities and was easier to live with day-to-day.

Having said that, the 750R was no slouch. It’s liquid-cooled, four-stroke, DOHC, straight-four engine was good for 106hp and 57.4ft-lbs of torque. Tipping the scales at 495lbs wet, the Ninja 750R was capable of reaching speeds of up to 140mph. Despite displacement being 22% larger, Team Green claimed the Ninja 750’s four-cylinder engine was actually more compact than that of the Ninja 600’s.

The engine was housed in a newly designed steel, round-tube chassis, not too dissimilar from Norton’s famous featherbed frame. The Ninja’s steel frame was shrouded in bulbous, unapologetically 1980’s plastics, adorned in the iconic black and red GPz livery. The bulbous front-fairing and its fighter-jet-inspired scoops leave little doubt as to what era the model was born out of.

The seller of this example (VIN: JKAZXDF1XLB509011) acquired it from us earlier this year – the previous owner was legendary racer Steve Rapp. 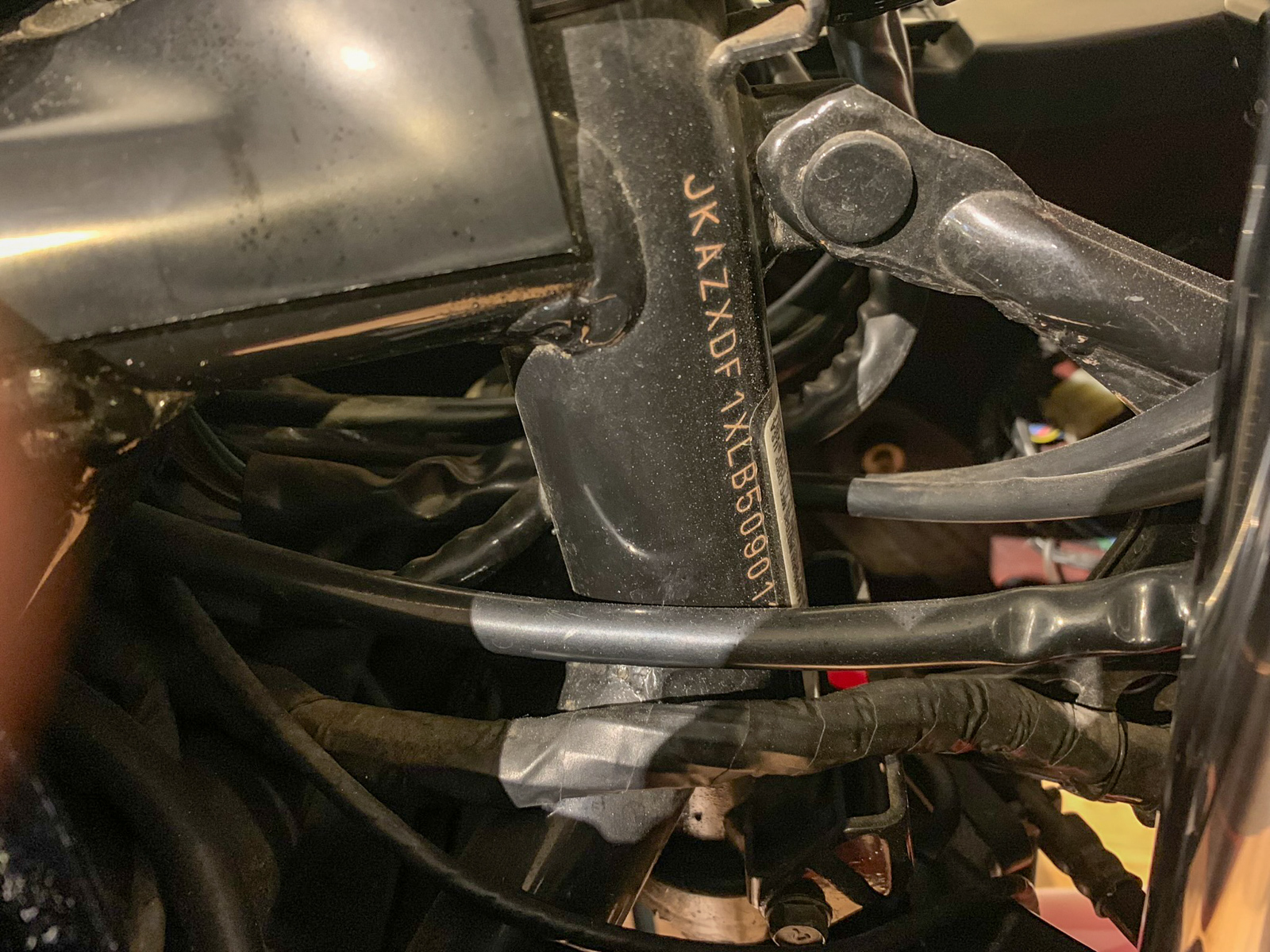 When the seller acquired it, this bike needed some work so he had us service it to the tune of $1,202 in January of 2020 – the work included a carb rebuild, petcock rebuilt, rear caliper rebuild, new tires, new battery, new fuel hoses, fluid flush, airbox clean, and a detail. The seller also replaced a few of the rubber bits with brand new OEM pieces, including the odometer reset button and the shift lever boot.

Currently located at our facility in Santa Monica, California (please schedule an appointment for a viewing), this Ninja 750R is offered on a clean California title with current registration through August 2021.

The seller states that it runs perfectly, but he needs to make room for different bikes that he has coming in. “There’s not a nick or scratch to be found and the paint shows like new. The tires have less than 500 miles on them and the bike runs perfect. A great classic 80’s sport bike with sport-touring capability. Although not the 1984 GPZ900 from the famous movie, be prepared for some thumbs ups and “Maverick” references.”

Build quality for this gen is top notch.