Click here for an CycleVIN Motorcycle History Report on this 1992 Yamaha FZR1000. Additional photos of this are available here for your perusal. 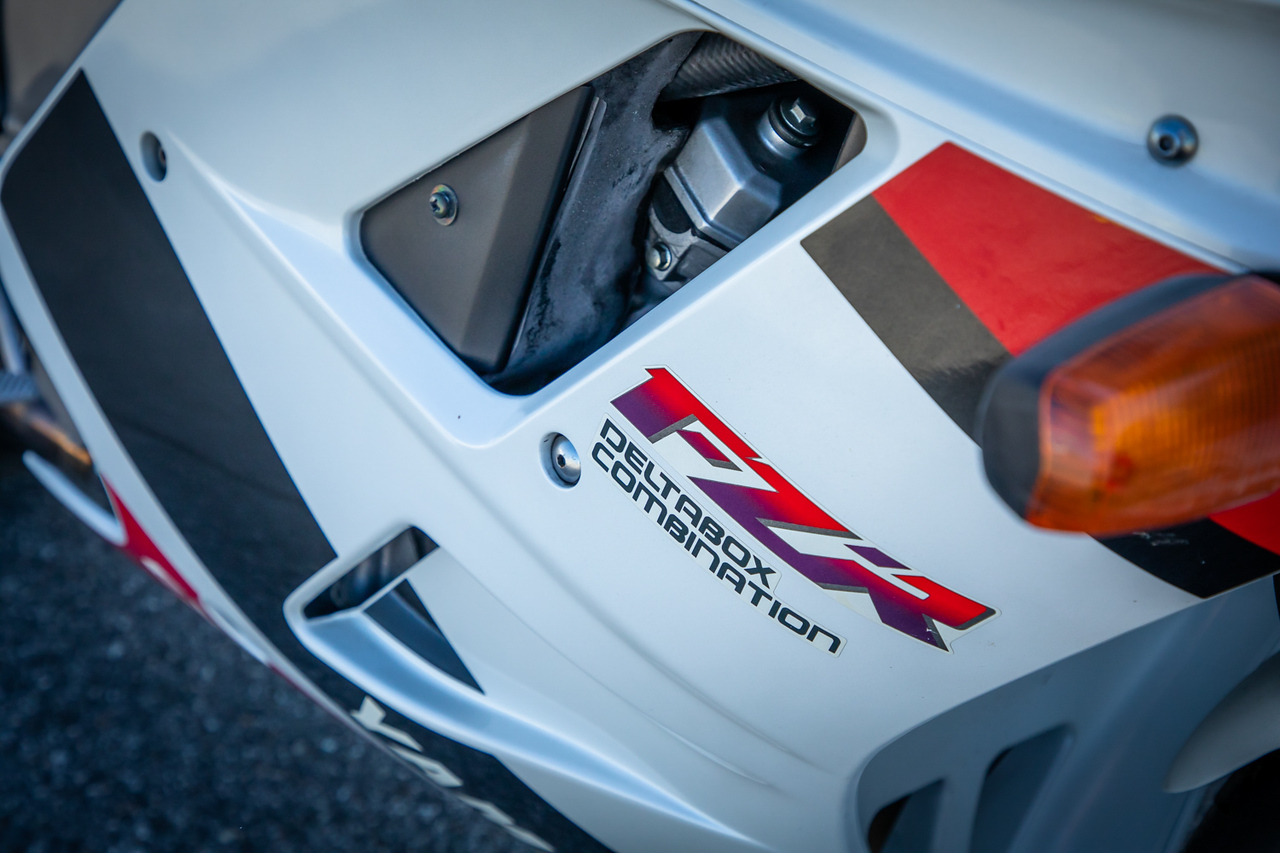 First unveiled at the 1986 Cologne Motorcycle Show, the Yamaha FZR1000 was a watershed model that marked the dawn of the tuning fork company’s first foray into big-bore four-stroke superbikes. The predecessor to potent two-stroke models like the parallel-twin RD350 and V4 RD500, the “Fizzer” as it was affectionately known, entered production in 1987 as an advanced water-cooled, 989cc, four-stroke inline-four with DOHC, a five-speed transmission, and the same 20-valve (5-per) setup first seen on the FZ750 in ’85. 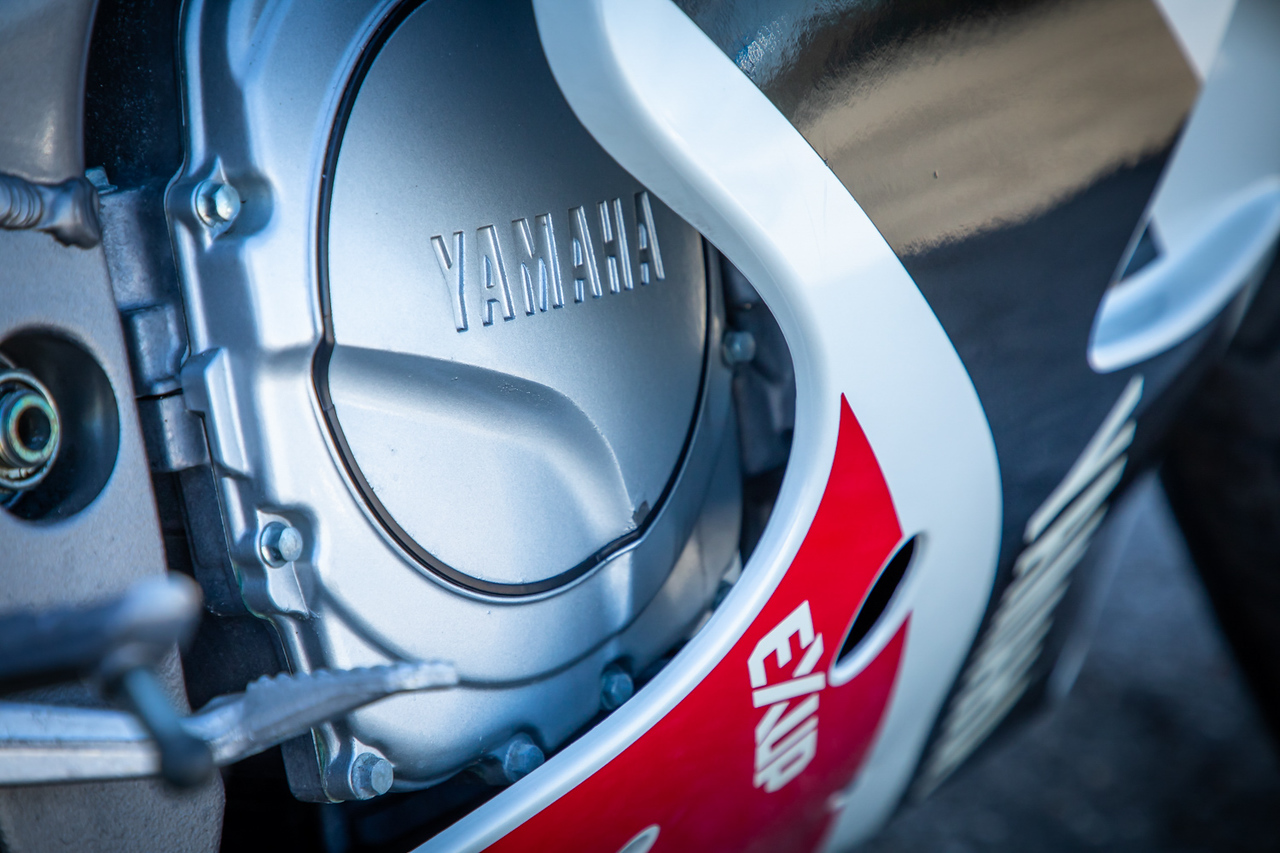 With 130 hp on tap and a curb weight of a bit over 500 lbs, the first generation FZR1K — also called the “Genesis” — was capable of a 155 mph top speed. Interestingly, this same five-valve engine architecture would become the basis of Yamaha’s V8 Formula One car for the 1989 series. The FZR1000’s engine was also later utilized by Bimota in the YB10. Though the company came out swinging with the first generation, Yamaha heavily revamped the model in ’89 with what was almost an entirely new design, sharing only a small number of elements with the outgoing version. 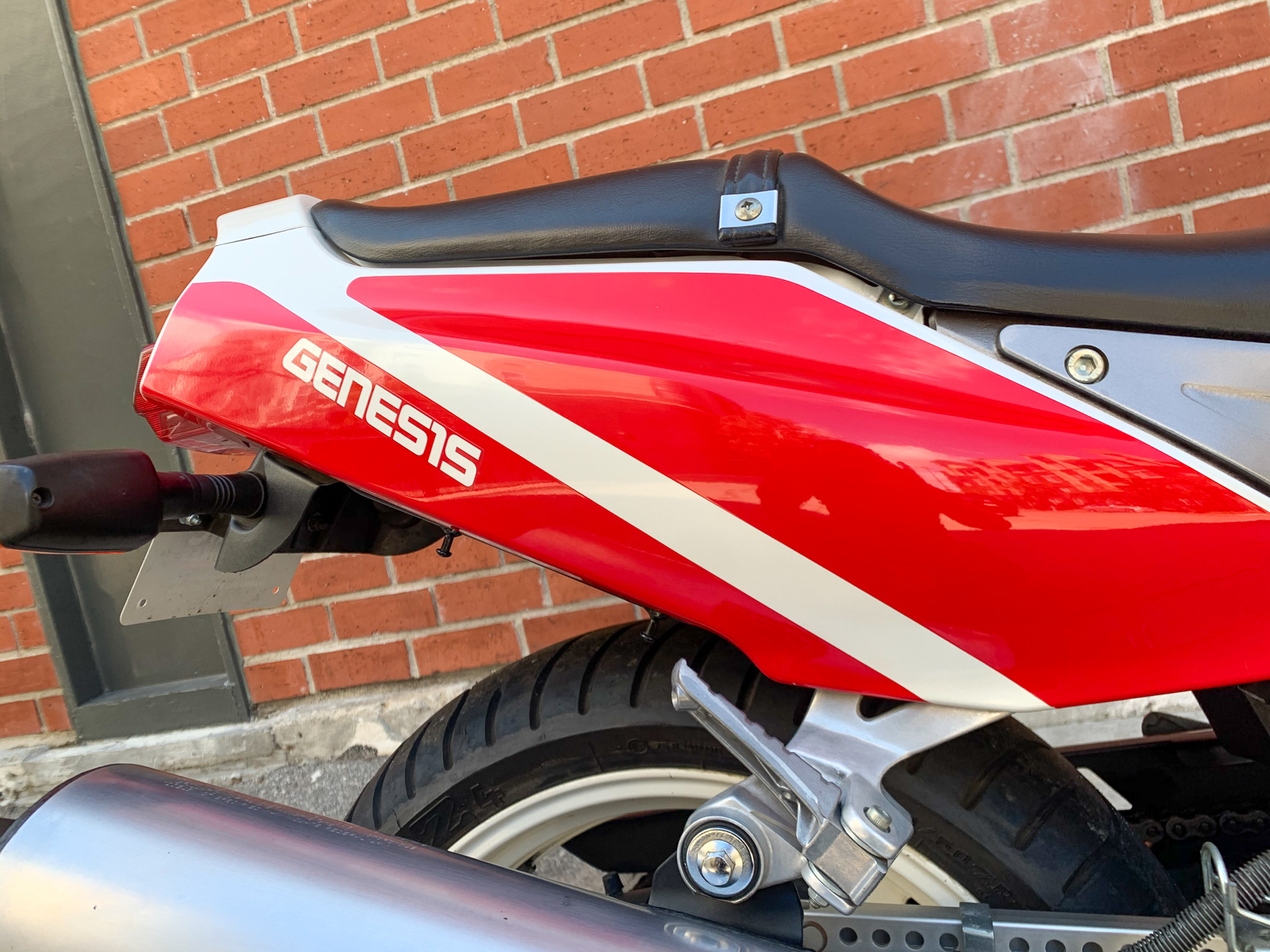 Among all the changes made to the model such as the addition of four-pot calipers, there were three that most stood out: the first of which was its new diamond Deltabox II chassis. The second major update for ’89 was an increase in displacement from 989cc up to 1,002cc’s, while the third was the introduction its “EXUP” (Exhaust Ultimate Power) valve system which consisted of an electronic servo-motor-controlled valve in the exhaust that optimized airflow, boosted power, and smoothed out the entire rev-range.

Another side effect was an additional 15 hp (almost 1 hp per cc added!) bringing the figure to 145 hp at 10,000rpm and 80 ft-lbs of torque at 8,500rpm. Dubbed the FZR1000 EXUP, the 1989 model was capable of lightning-fast 2.9-second 0-60mph times, 10-second standing quarter-mile runs, and a top speed of around 170 mph, making it the fastest production bike on earth and prompting the guys at Cycle World to crown the Yamaha “Bike of the Decade”.

Two years later in ’91, Yamaha again updated the EXUP Fizzer, adding new projector headlights and a redesigned nose, a modified ram-air setup, inverted forks, and shaving a huge amount of weight off the bike. For 1992, the FZR1000 was given new graphics packages along with a few other minor tweaks. It remained in production until eventually being replaced by the now-legendary YZF-R1 superbike. 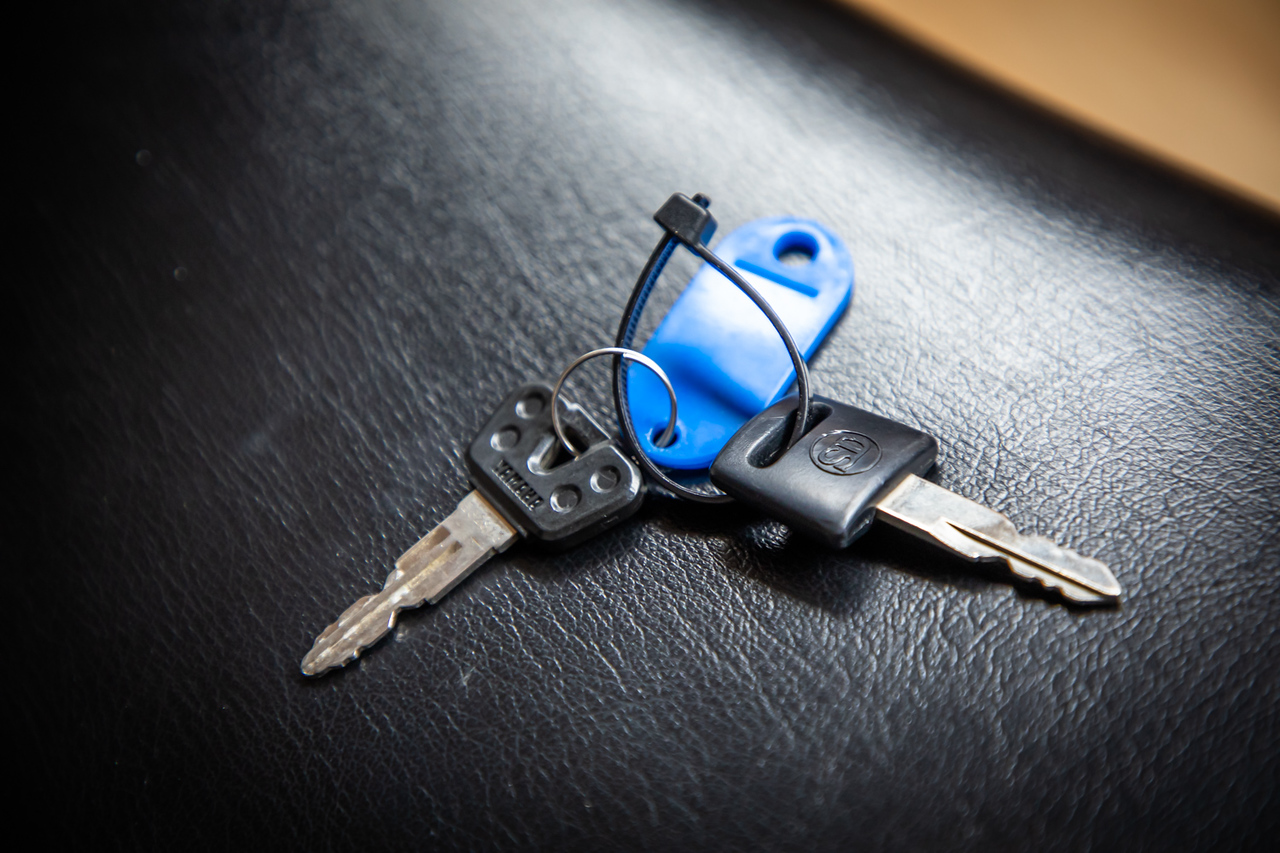 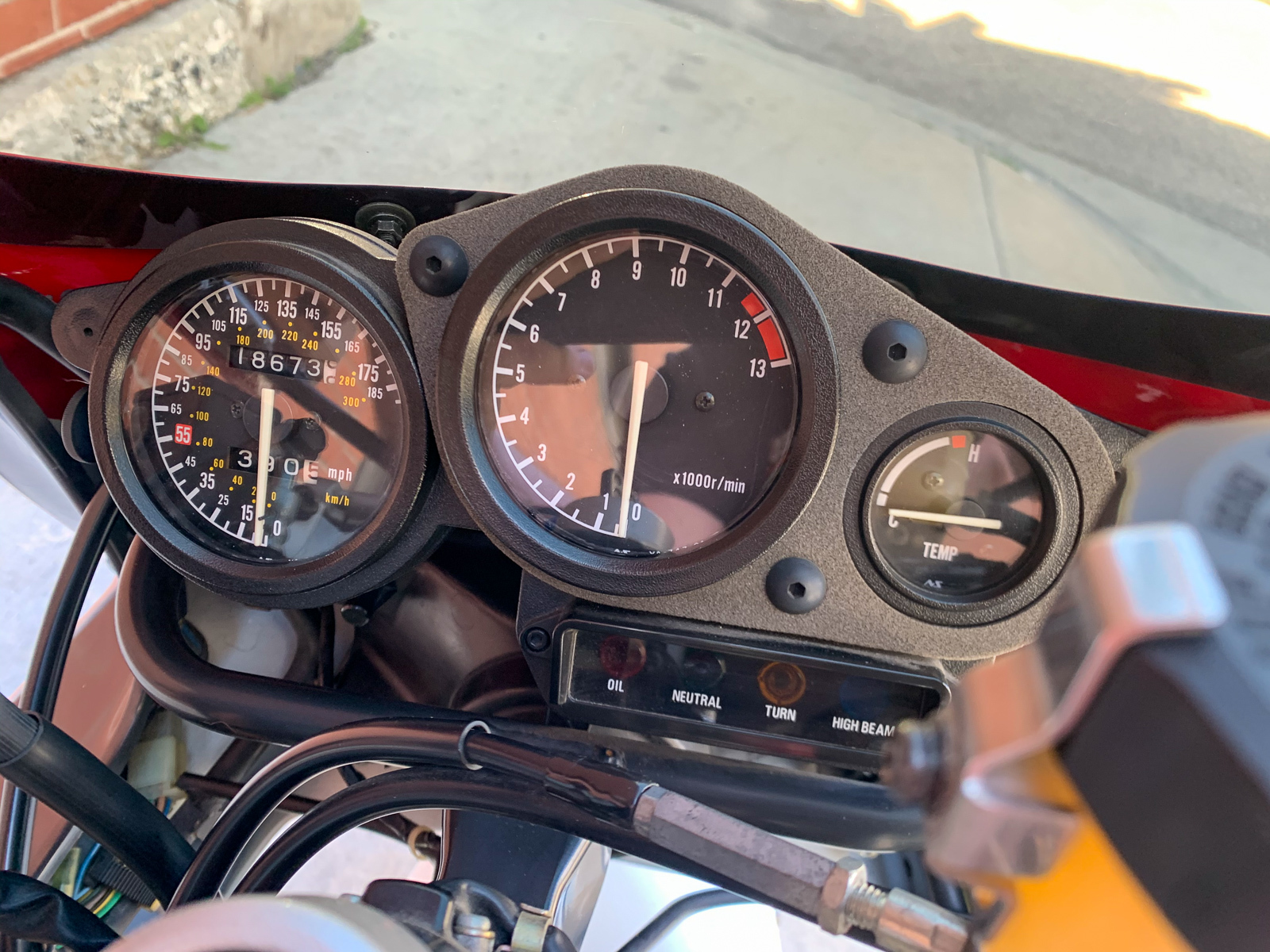 Still wearing its original bodywork, this Fizzer’s plastics are nearly flawless, aside from minor nicks on the lower fairing. Other than that, this FZR is in great shape, sporting its factory indicators and rear fender, too. 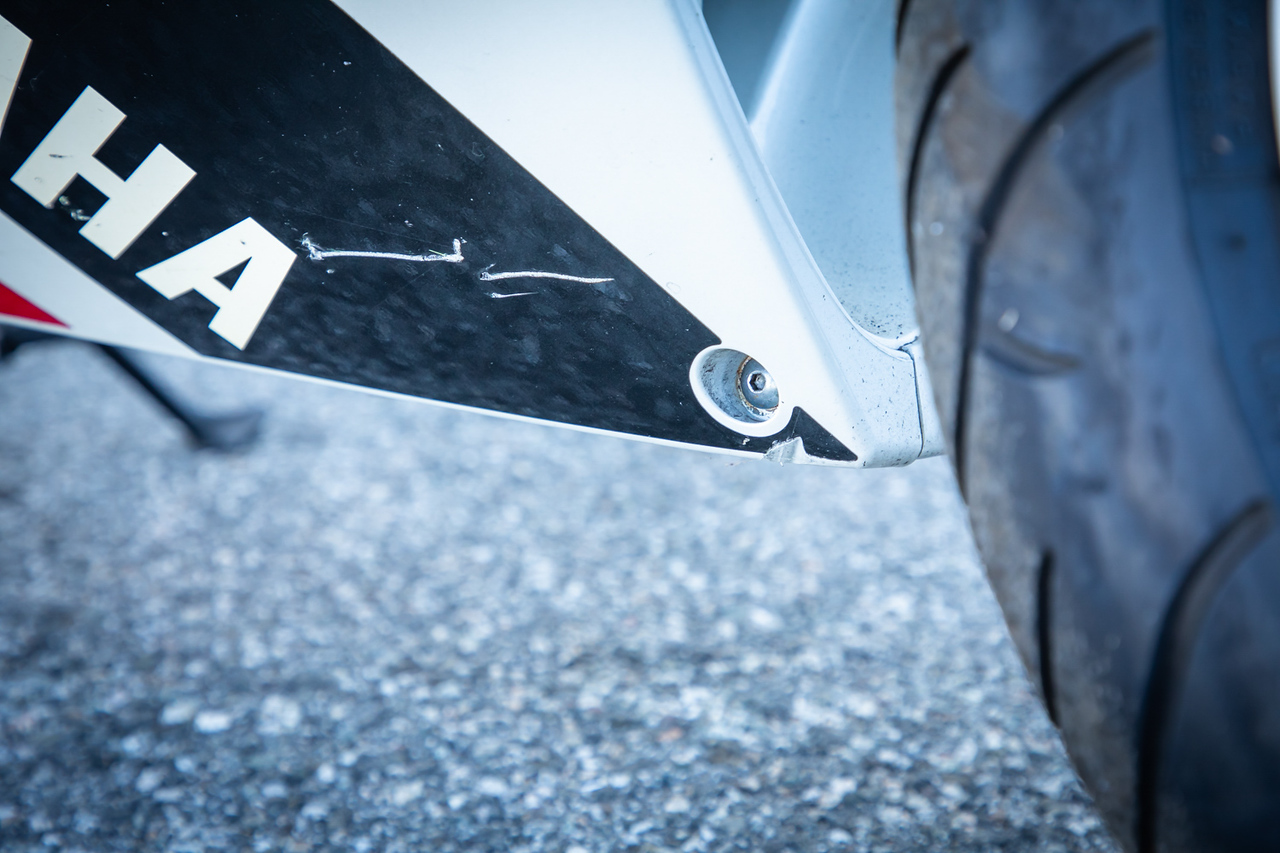 This bike has aftermarket Renthal grips.

Another area worth noting is the tires, which haven’t been replaced in a little over a decade and will need changing if you plan on taking this ’92 specimen back out on the road. This FZR will also need a new battery. 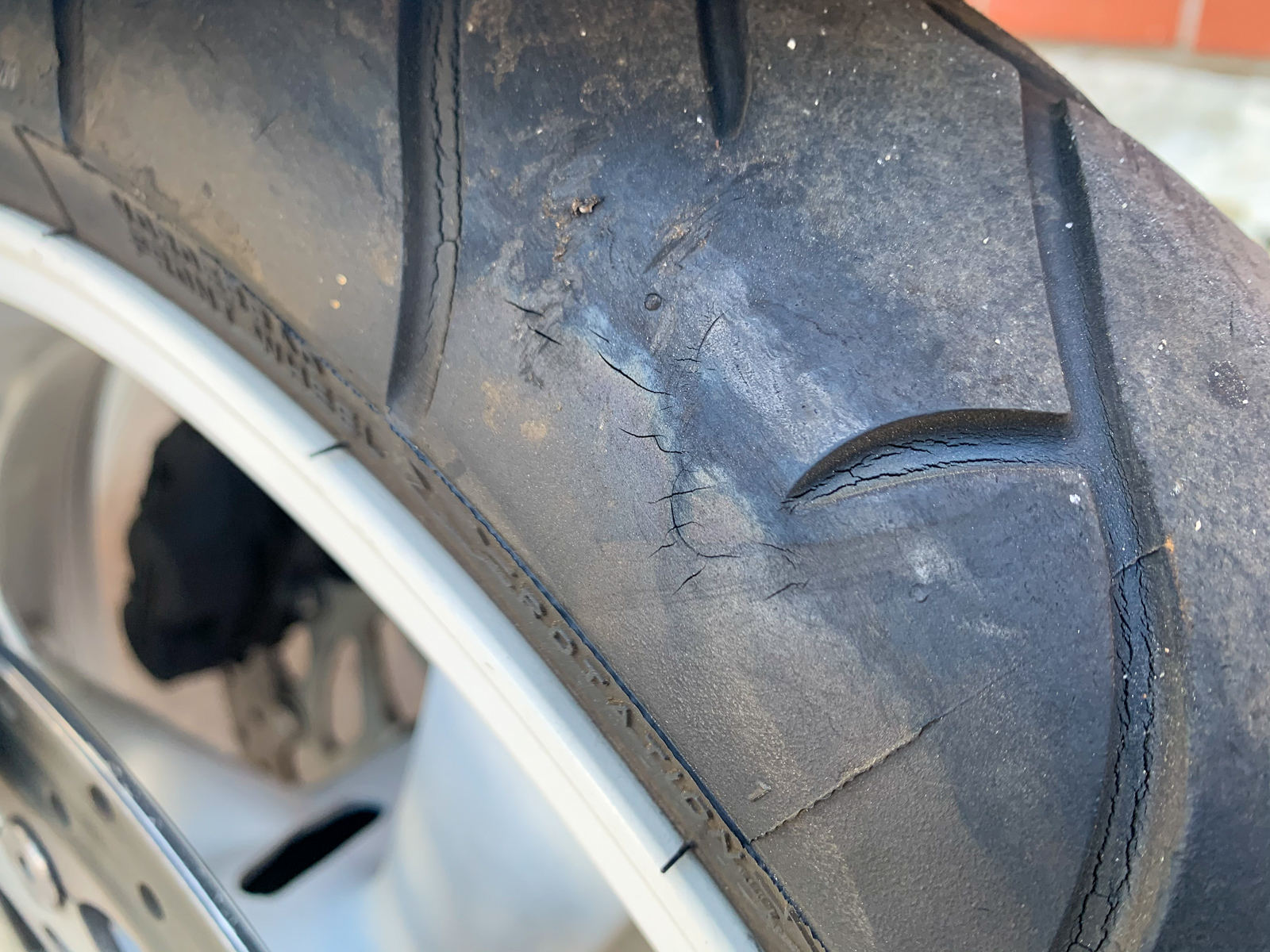 The sale includes the owner’s manual and the bike is currently on a clean Ohio title. We had Olly go through it a couple of months ago – he gave it a full hydraulic fluid flush, gave it a detail, and made sure that it’s a runner.

The FZR1000 represents Yamaha’s early efforts in the big-bore four-stroke racing world, and even today remains the basis for some of the engineering found in the current generation of Yamahas, albeit in a much-refined form. On top of its historical significance, the FZR1K is also still one hell of a performer with a 0-60 mph time that can best the latest Lamborghini Aventador SVJ.