Click here for an CycleVIN Motorcycle History Report on this 1993 Honda CBR600F2. Additional photos are available here for your perusal.

In 1987, Honda introduced the CBR600F “Hurricane” as their first fully-faired, four-cylinder street bike to take on the world. 1991 brought the F2, which promised to be a worthy follow-up. The CBR600F2 had a liquid-cooled DOHC engine with a 65mm x 45.2mm bore and stroke that was even more over-square than the original at 63 x 48mm. The cam chain was moved to the right end of the crank to eliminate one crank journal, and compression was bumped up from 11.3:1 to 11.6:1.

The bike also featured 34mm flat-slide CV carbs vs. the older model’s 32mm round-slide units. With lighter pistons, crank and con rods, it was able to achieve a 500-rpm bump in the rev-limit to 13,000 rpm. The engine was known for making good top-end power without sacrificing the midrange, which is one of the things that made it so special. The cams were designed with midrange power and excellent cylinder head flow, which was the secret to that top end power. The forks were upsized from 37mm to 41mm and featured preload adjustments, while a single rear shock sported preload and rebound adjustments, in addition to a box-section swing arm. 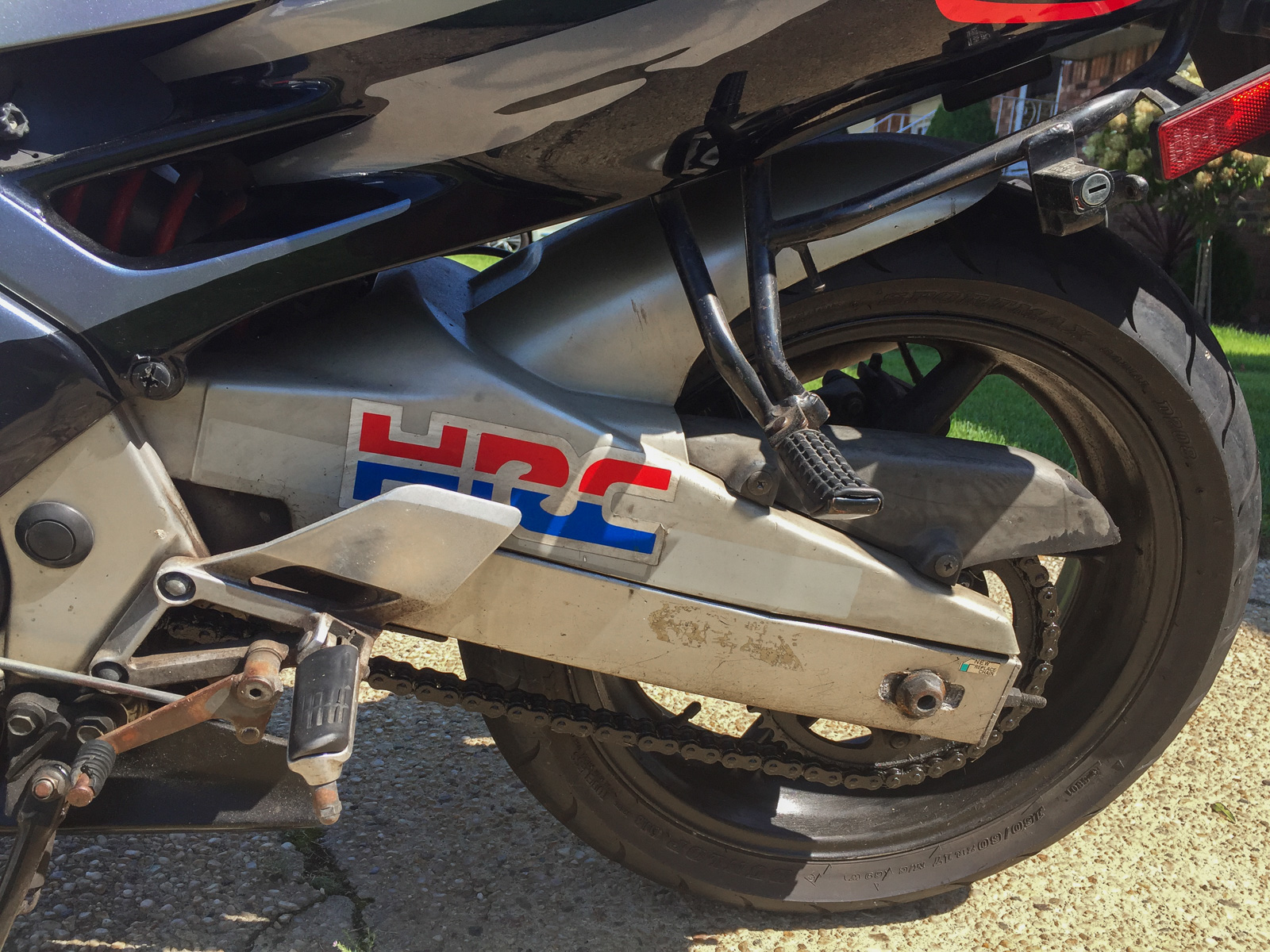 Six-spoke RC30-style wheels were 3.5 x 17 inches in front and 4.5 x 17 inches out back. The chassis was a twin-spar design made from steel. Front rotors were 275mm-diameter units squeezed by twin-piston slide-pin calipers. When fully tanked up, the F2 weighed a lean 455 pounds, making it the lightest bike in its class. The dyno charts show the CBR-F2 made 85 horsepower and turned in quarter-mile times of 11.3 seconds at 120 mph. Owners reported that the F2 was impeccably balanced and could easily be street-ridden or raced on the track. It was a generation defining motorcycle – in a November 2009 article, Cycle World summed up the time by saying, “during the years of 1991-1998, it was almost an anomaly to see anything other than the Honda CBR600F2 and F3 on top of a 600cc magazine shootout or in the winner’s circle.”

This example (VIN: JH2PC2506PM205231) is offered by the original owner, who purchased it from Sunrise Honda in Freeport New York (no longer in business). 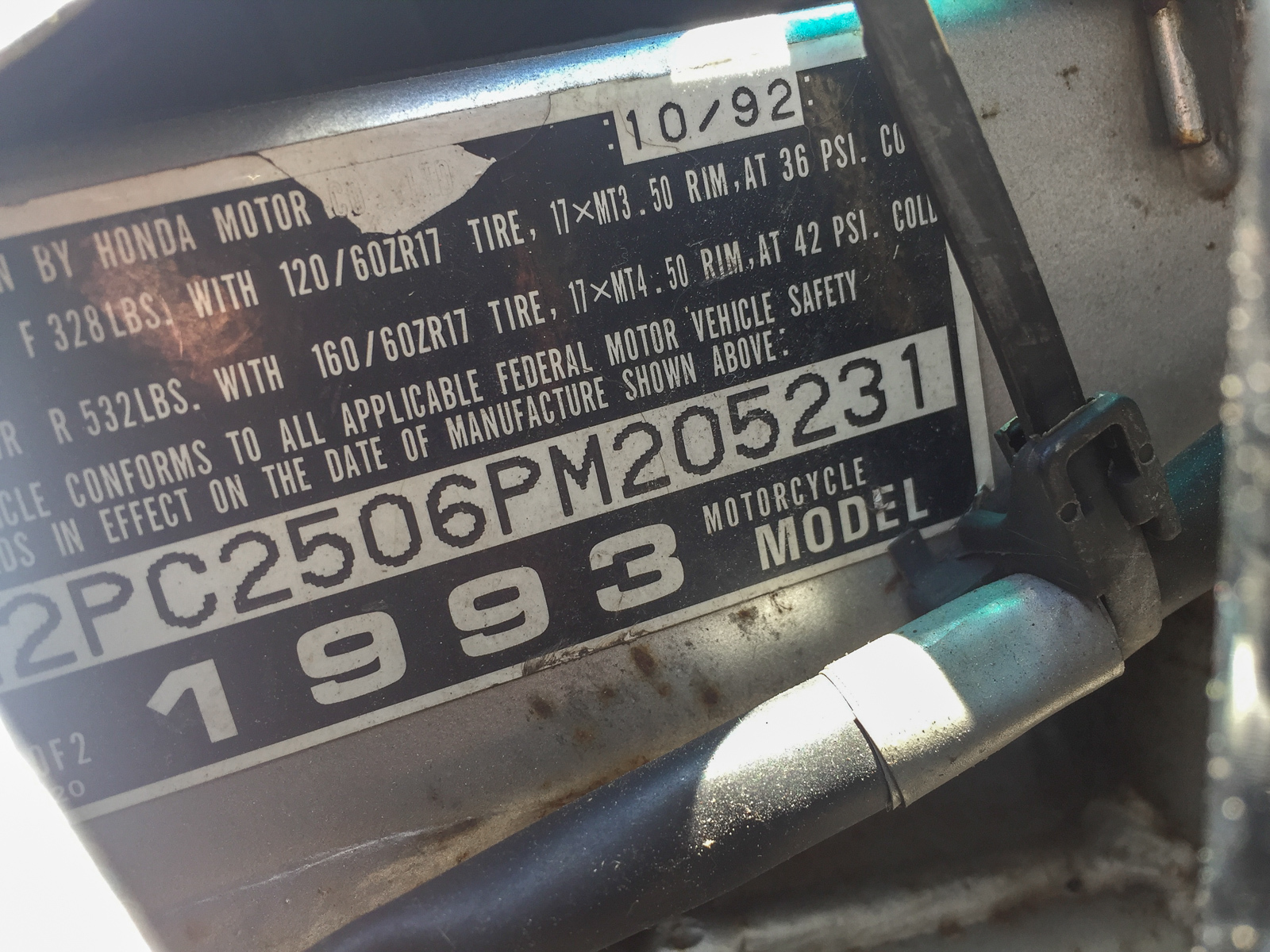 There are a few upgrades, including a Lockhart Phillips Carbon Comp slip-on exhaust.

There is a tear in the left side of the seat. 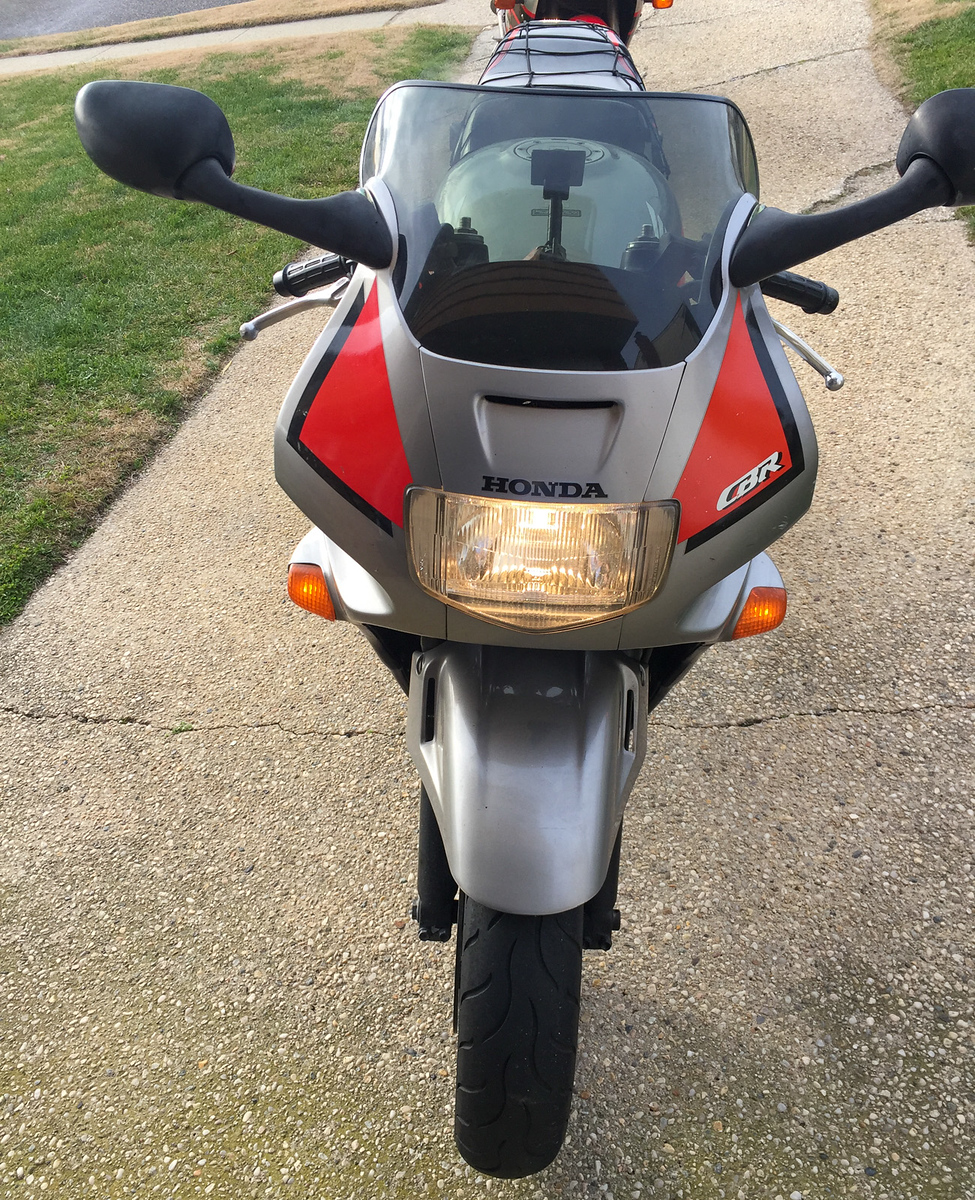 The sale includes the owner’s manual, service manual, and tool kit. It also includes a spare Barnett clutch kit and new set of spark plugs. The seller is letting it go as he no longer rides it enough. Per the seller, “I have done all required maintenance but unfortunately my documentation was destroyed due to Hurricane Sandy. The last dealer service was back in 2015 – adjusted/cleaned carbs, this was also done in 2013 – I do have receipts for that.”

Cosmetically, there are the expected dings and scratches from 60k+ miles of use. The seller states that the right side fairing was repaired and resprayed many years ago. The biggest cosmetic damage is a chip in the right side of the tail.

Per the seller, there are no mechanical issues. However, he would replace the rear shock if he was keeping it as it’s the original unit. Have any questions about this listing? Let us know in the comments below. 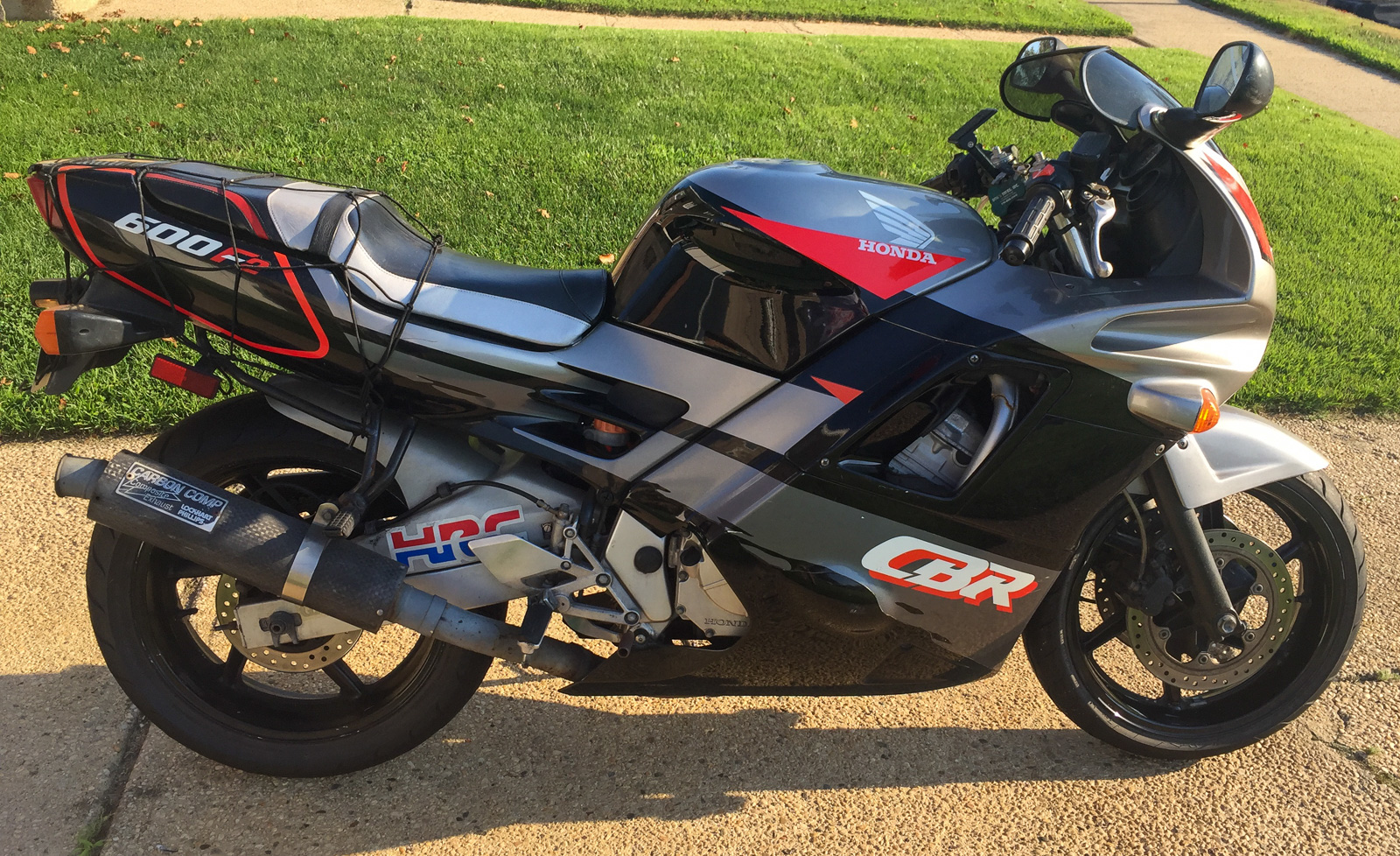