Click here for an CycleVIN Motorcycle History Report on this 1993 Honda CBR900RR. Additional photos are available here for your perusal. 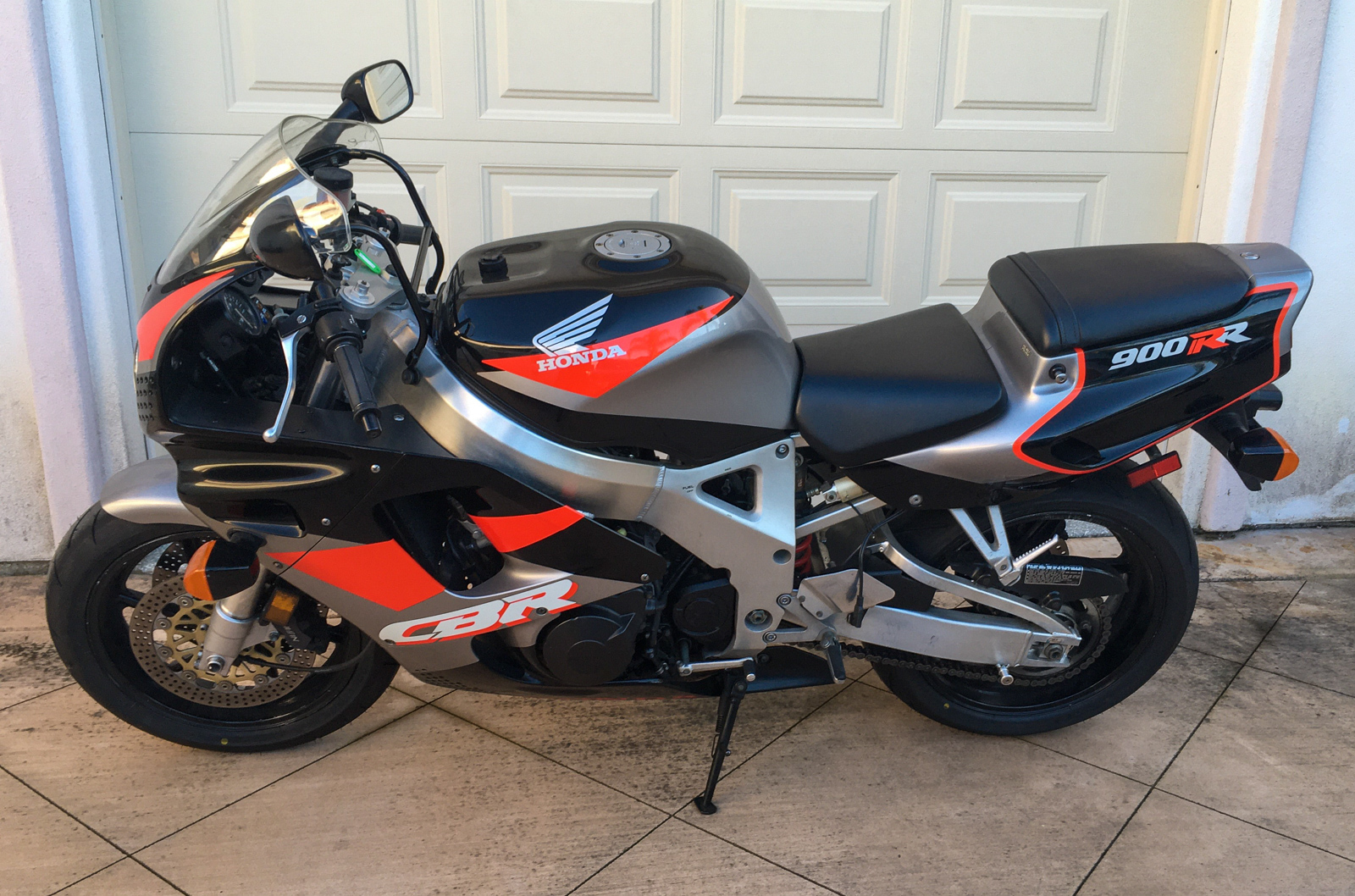 At the heart of the original Fireblade — which didn’t come to US shores until ’93 — was a 893cc in-line four which was essentially a stroked three-quarter liter mill with a 70mm bore. Though it wasn’t the most powerful engine of its day, the RR’s 124 hp, 65 ft-lbs of torque, and 160 mph top speed were nothing to scoff at, especially with its svelte weight. A number of measures were taken by Baba and his team to ensure the Fireblade would hit its target weight. This included using a highly-developed lightweight frame, 16” front wheel, conventional forks instead of heavier inverted units (though the 900RR’s front-end was designed to look like an upside down fork) and even the Swiss cheesed-nose.

In the end, Baba-san came through, delivering a 900 that tipped the scales at around 450lbs wet. It was less than 10 lbs heavier than the CBR600, and a whopping 100lbs lighter than most of the open-class competition of the day! 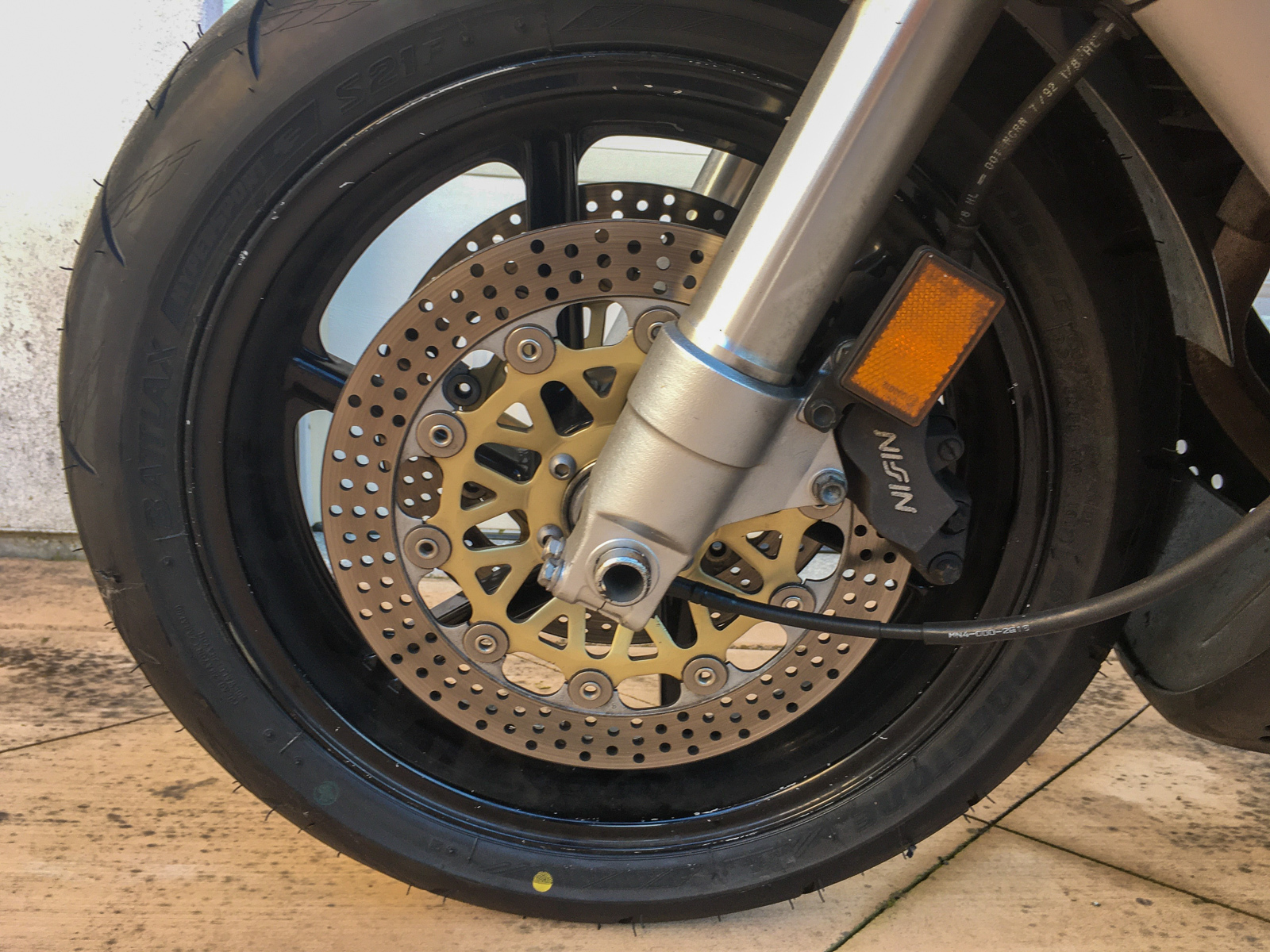 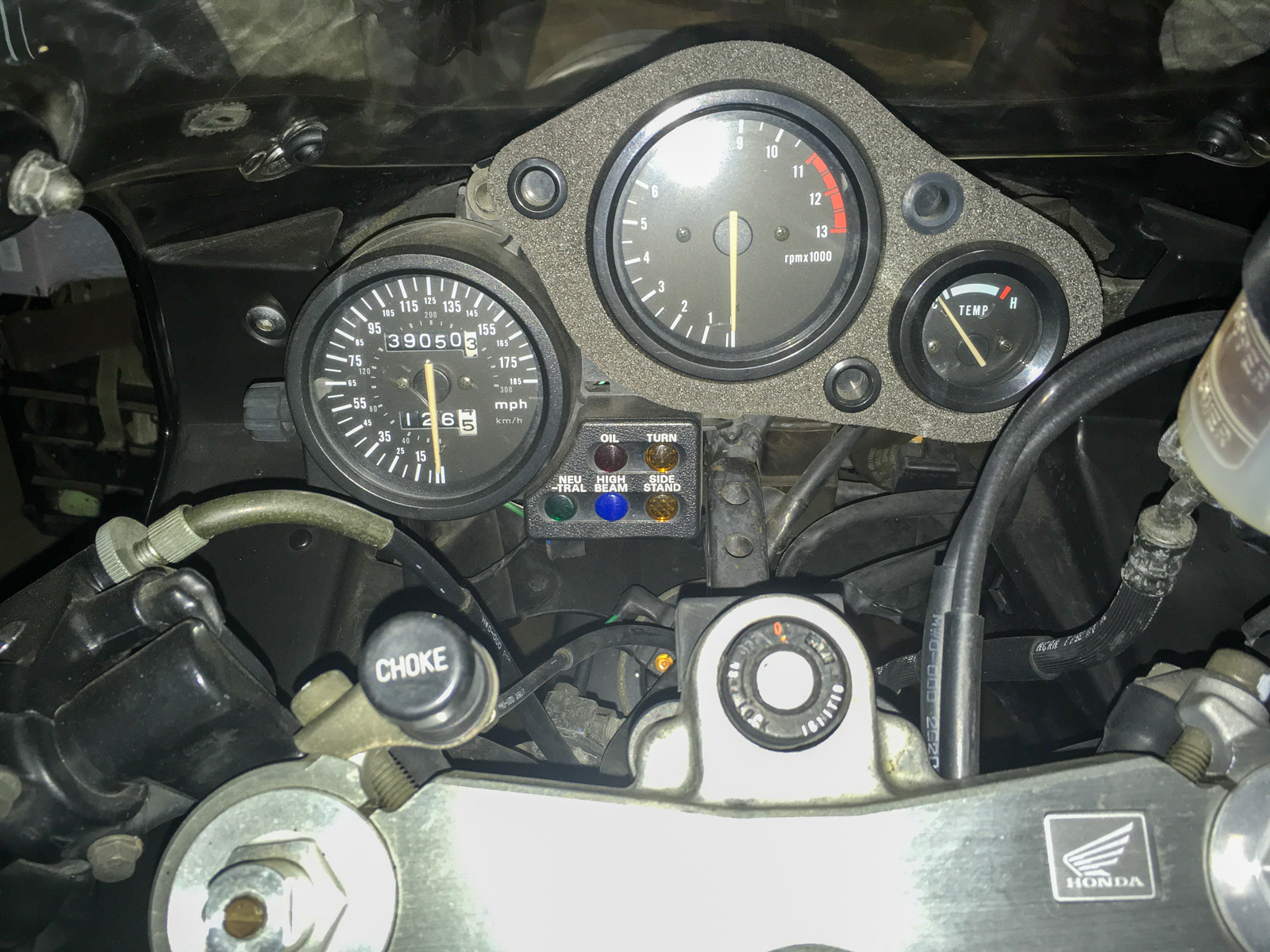 Per the seller, “the first owner was an older gentleman who did a lot of sport touring on the bike with his wife on the back so he put most of the gentle miles on it. The second owner is a friend of mine and is a motorcycle mechanic for the Honda HRC Supercross team and he used the bike for occasional commuting as well.” He has owned the bike for approximately a year and he’s put less than 1,000 miles on it during that time.

This CBR is equipped with a Yoshimura exhaust and an Erion jet kit. 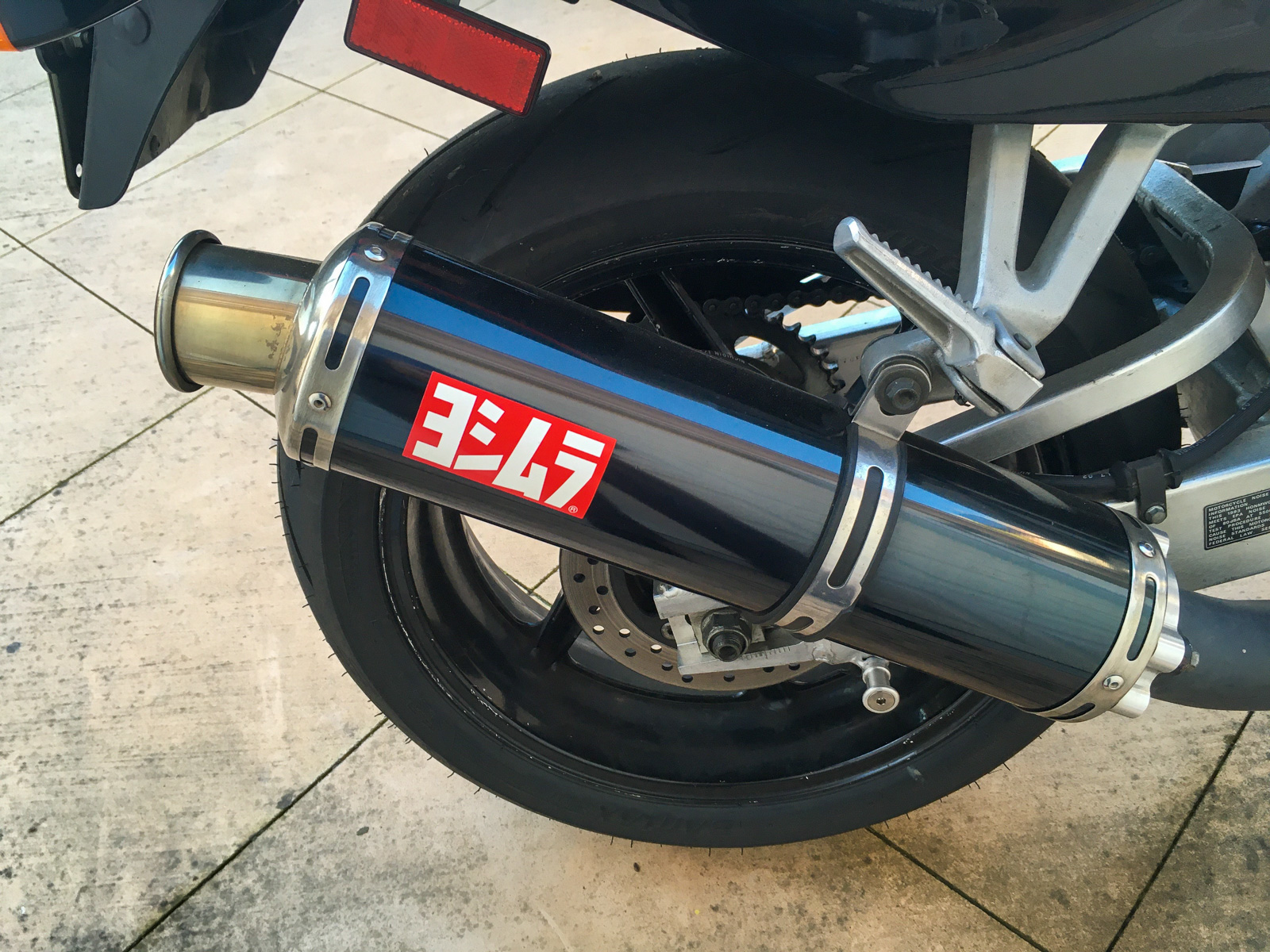 It also has a new battery, recent tires, and a phone mount on the front of the tank that is easily removable.

Unfortunately, the seller’s partner in motorcycle collecting passed away and the space where they kept the 60+ bikes is no longer an option. The seller does not have room for the collection at his home so he is selling off several of them.

The one cosmetic flaw is said to be a crack on the right fairing near the radiator. 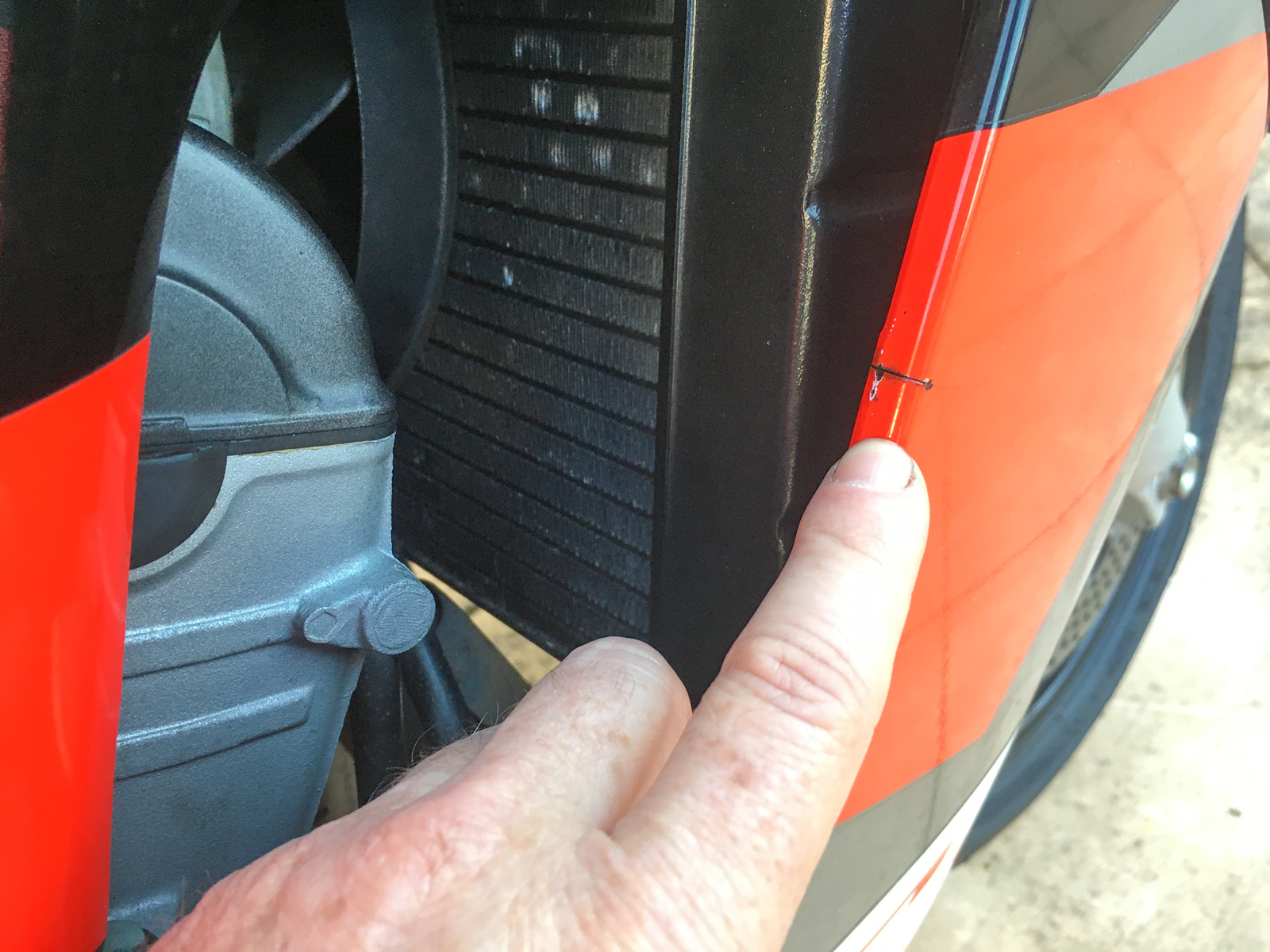 This CBR is a nice first-year example that you won’t be afraid to put miles on! 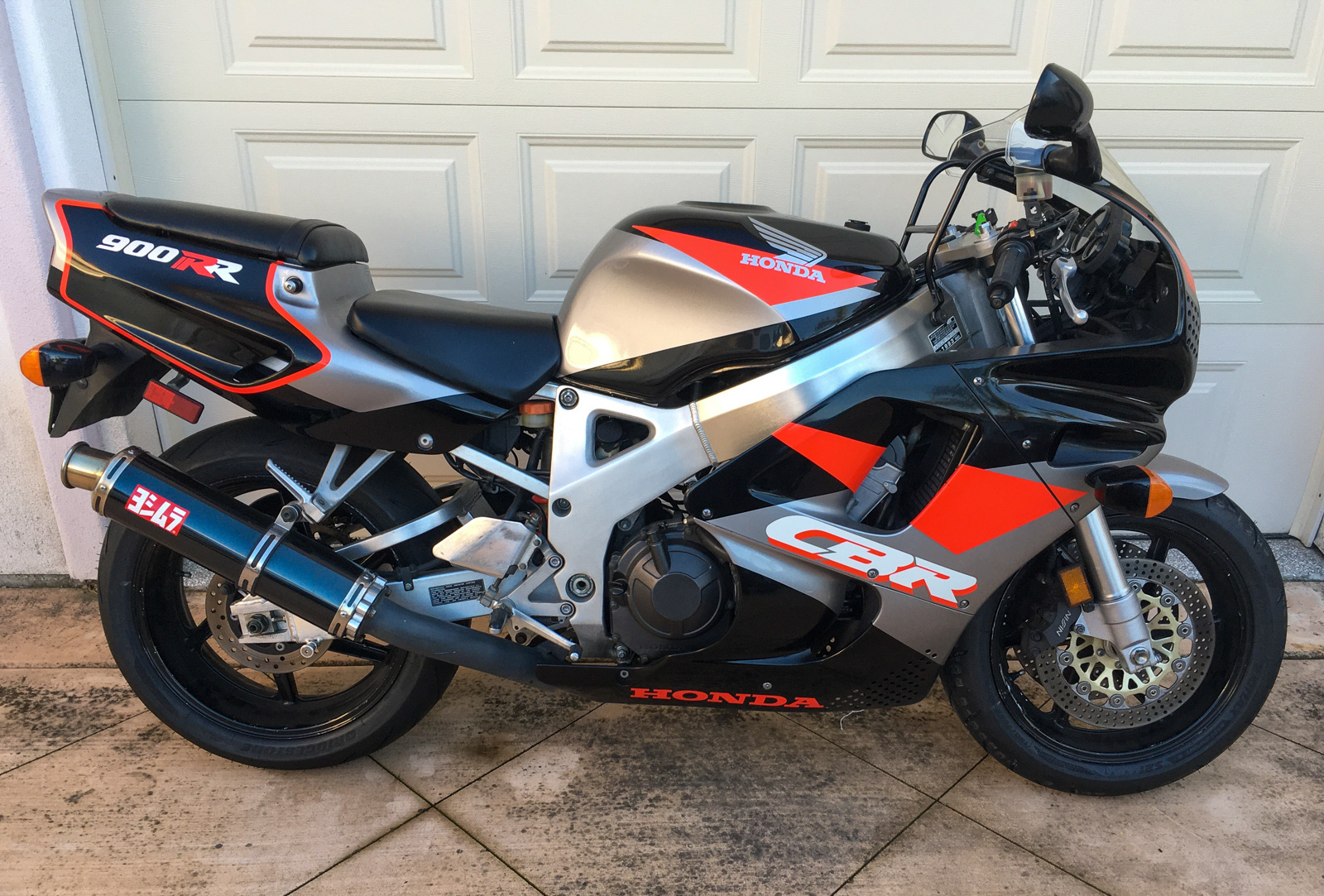 Is bike at iconic?

mariolopez – no, this bike is with the seller in Vista, California.

Do you have the stock muffler?

Sorry, I do not have the stock muffler.

Anything repainted on the bike or all orig?

Hi I am the seller. Nothing repainted on the bike. It has been well taken care of and was added to the collection in May 2018. The previous owner is a good friend of mine and a mechanic on the Honda HRC Supercross team and is very meticulous with any bike he owns. He is the one who installed the Erion jet kit to go with the pipe, and the bike runs flawlessly. Since adding it to the collection it has been stored in a climate controlled 6 car garage and rarely ridden as there are 60+ bikes in the… Read more »

Thank you for the info!!

Vote Up0Vote Down
HIGH BID:
$4,050
11 Bids
This Auction Has Ended
Reserve Not Met