Additional photos of this Kawasaki ZX-7 are available here for your perusal.

1993 was a great year for the legendary ZX-7 – a model update meant it got the motor from the previous year’s homologation bike (minus the close-ratio transmission and the flat slide carbs) AND it was the first year of the ram-air intake! 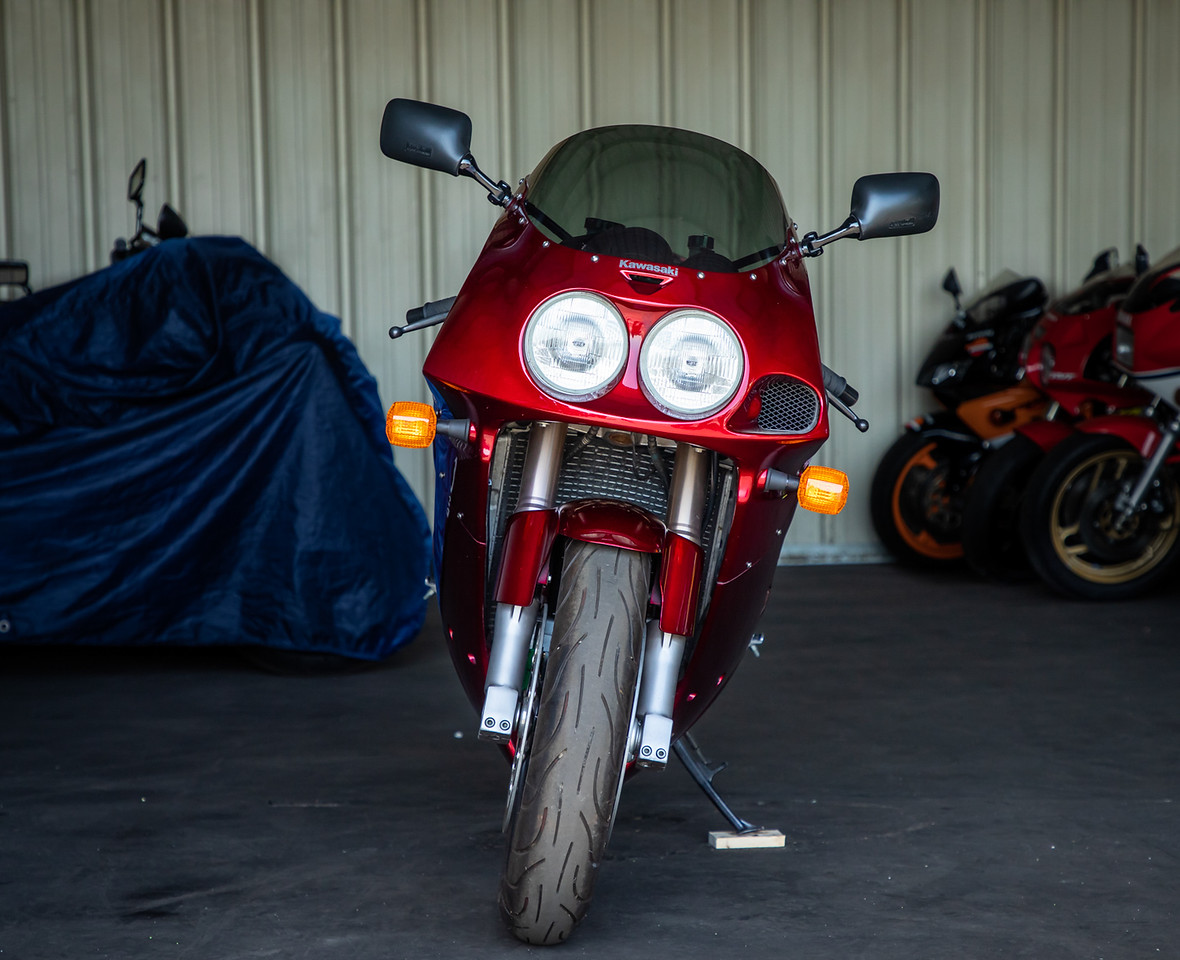 This bumped up power from 100 to 119 at the crank (a June 1995 test by Performance Bike Magazine showed 108.5 horsepower at the rear wheel). The engine was stuffed into an aluminum perimeter frame and the whole package weighed 452 pounds dry.

This beautiful example (VIN: JKAZXDL10PA001517) bucks the usual trend of green on Kawasakis as it’s adorned in a beautiful Candy Wine Red (Kawasaki 641), one of two color options for the ’93 model.

It’s not lacking for miles with 34,421 showing on the odometer, but it has clearly been taken care of and it rides very well.

The only flaws are tiny nicks in the bodywork as well as replacement forks – meaning that this does NOT have the black fork lowers that it should be equipped with. 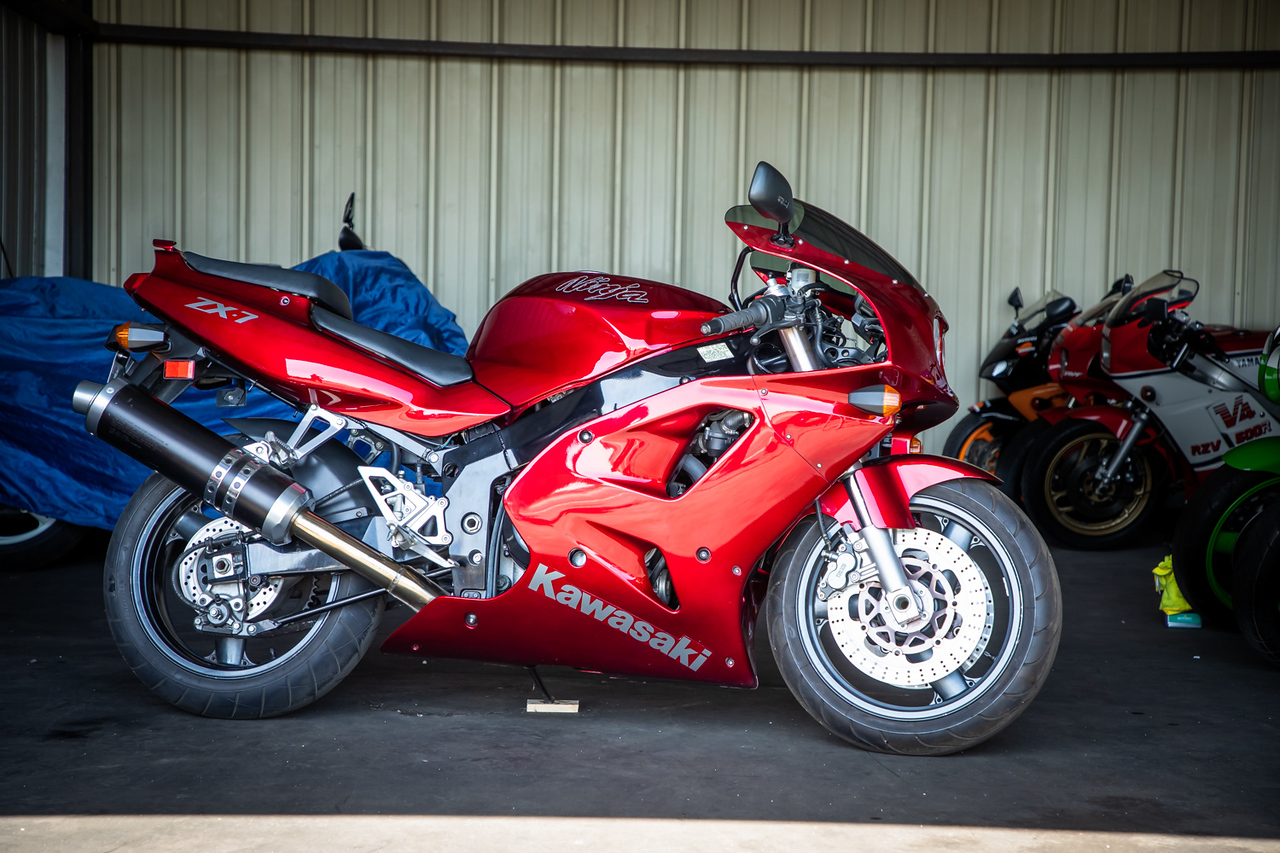