Click here for an CycleVIN Motorcycle History Report on this 1993 Kawasaki Ninja ZX-7R. Additional photos are available here for your perusal. 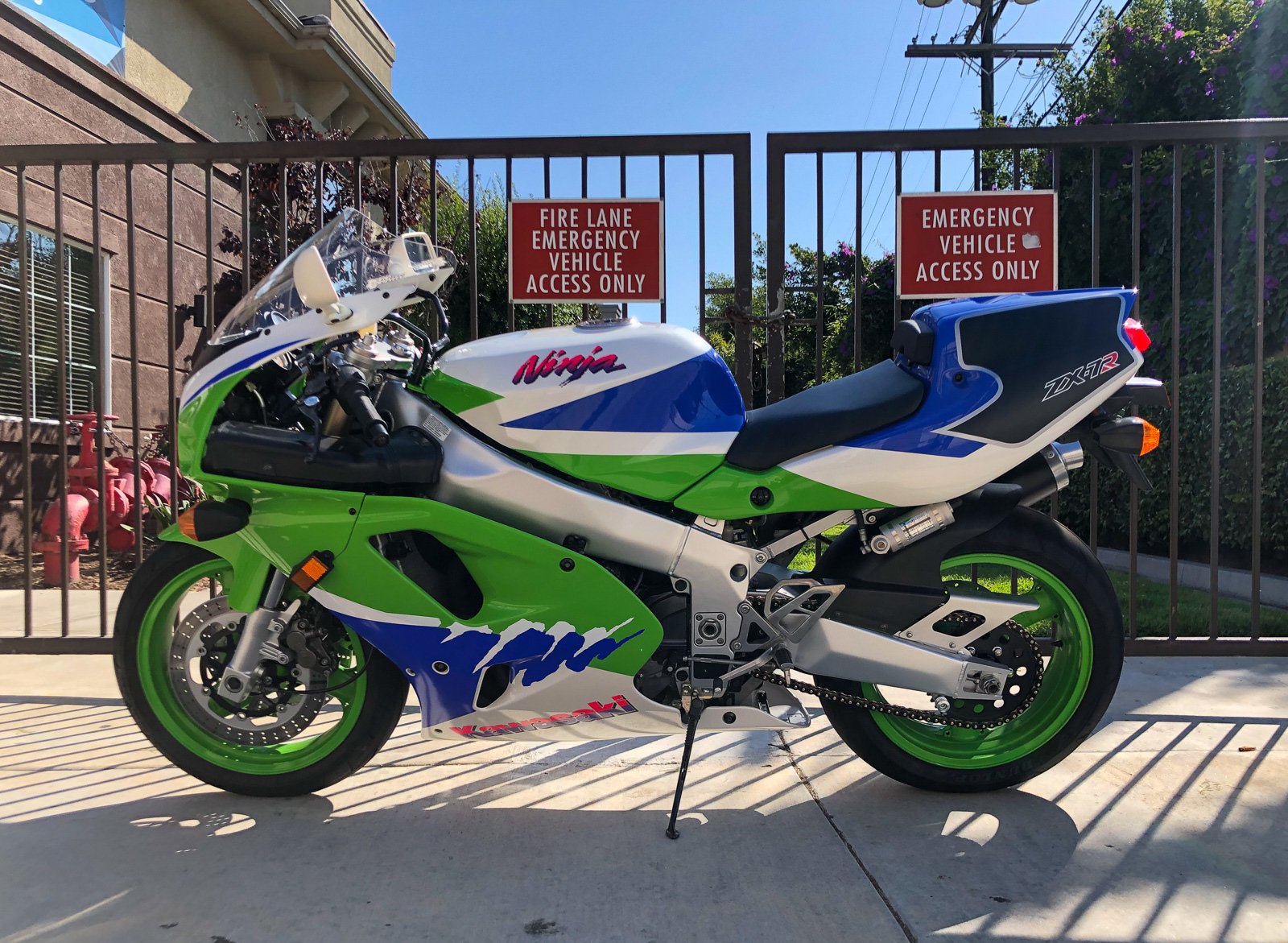 Kawasaki updated their standard ZX-7 sportbike in 1993 with ram-air induction and the upgraded pistons and cams from the previous year’s “R” special. That gave the 1993 “R” a better platform to improve upon, adding trick components like an adjustable swingarm pivot.

Other notable upgrades that riders got to enjoy with the “R” included:

Compression and rebound adjustability in the 41mm front forks. 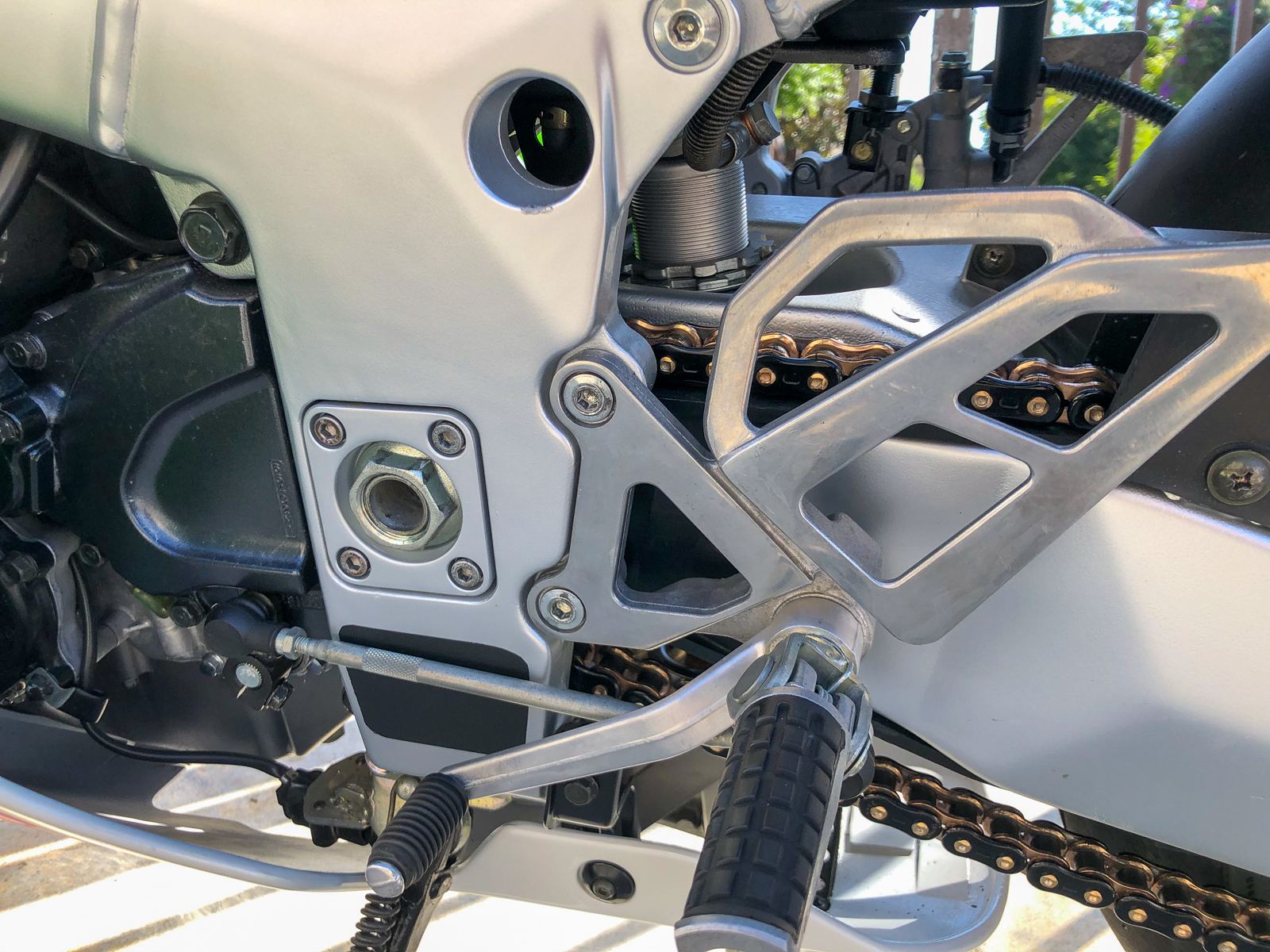 Another change is the supplemental hole in the right side fairing – that’s to adjust the flatslides. 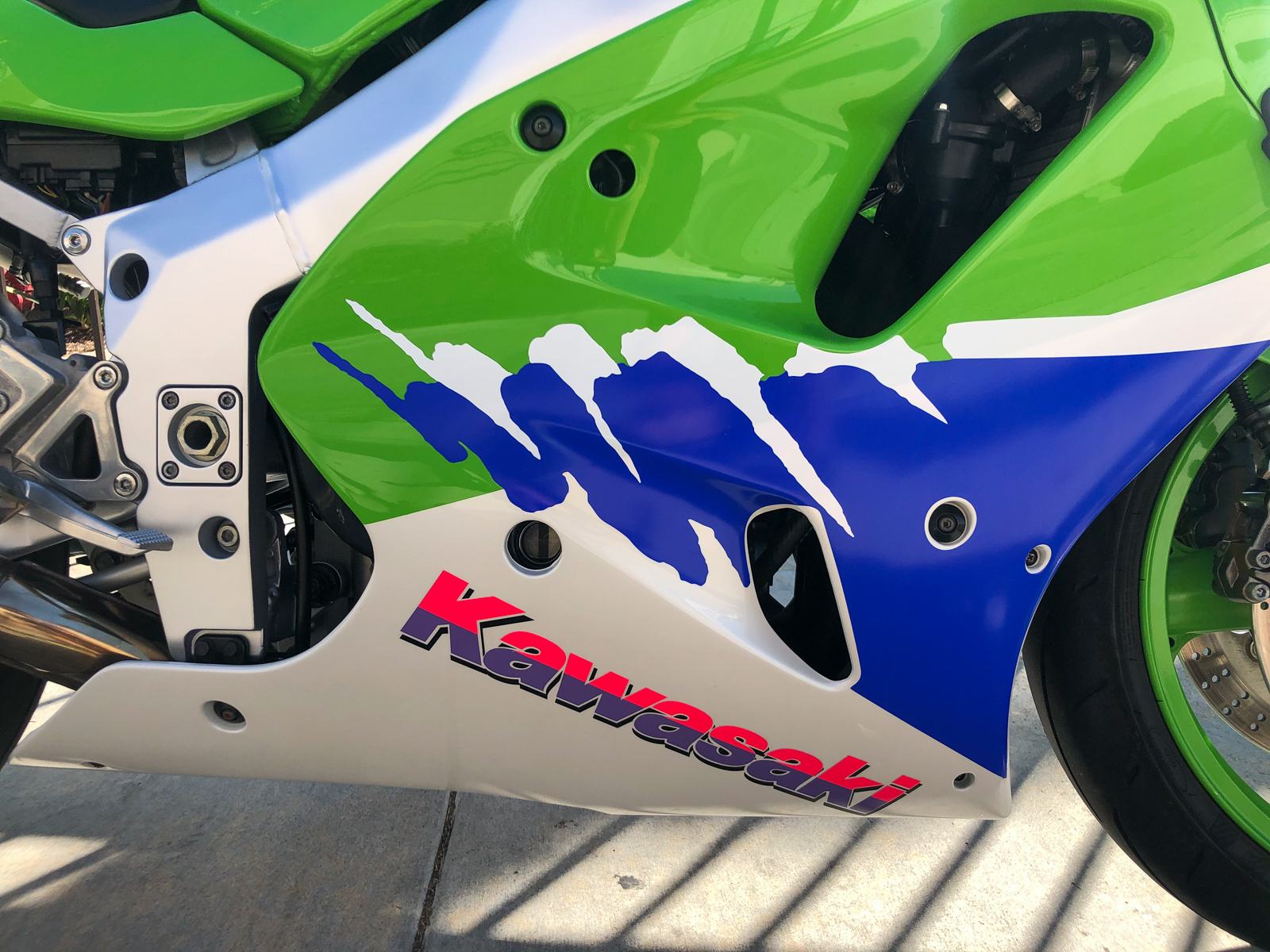 This example (VIN: JKAZXDM1XPA000406) was built in December of 1992 and was restored several years ago. 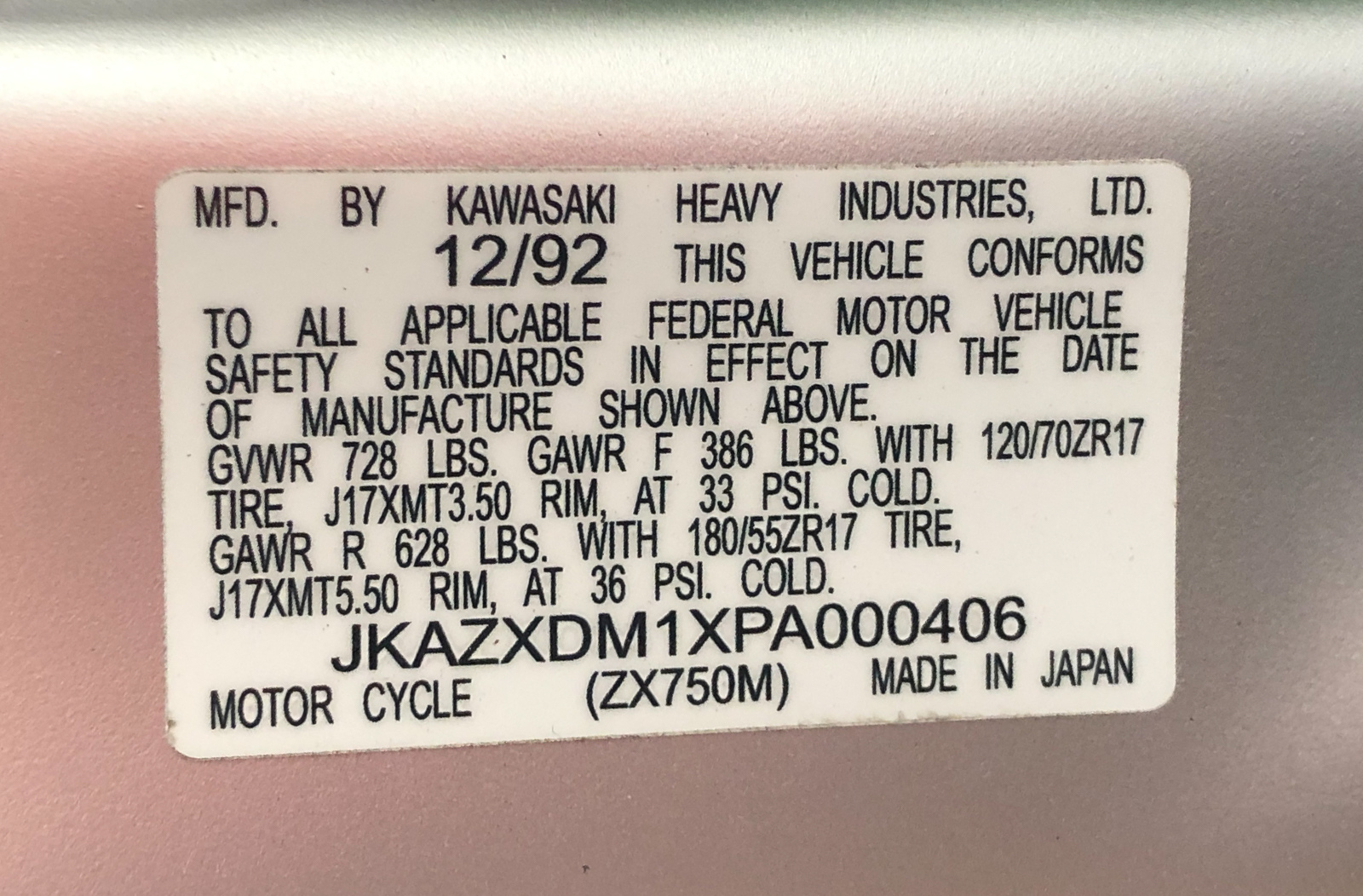 The restoration was said to include the engine, which got new bearings, rings, and seals.

It is equipped with a clear Progrip tank protector and a Zero Gravity windscreen. 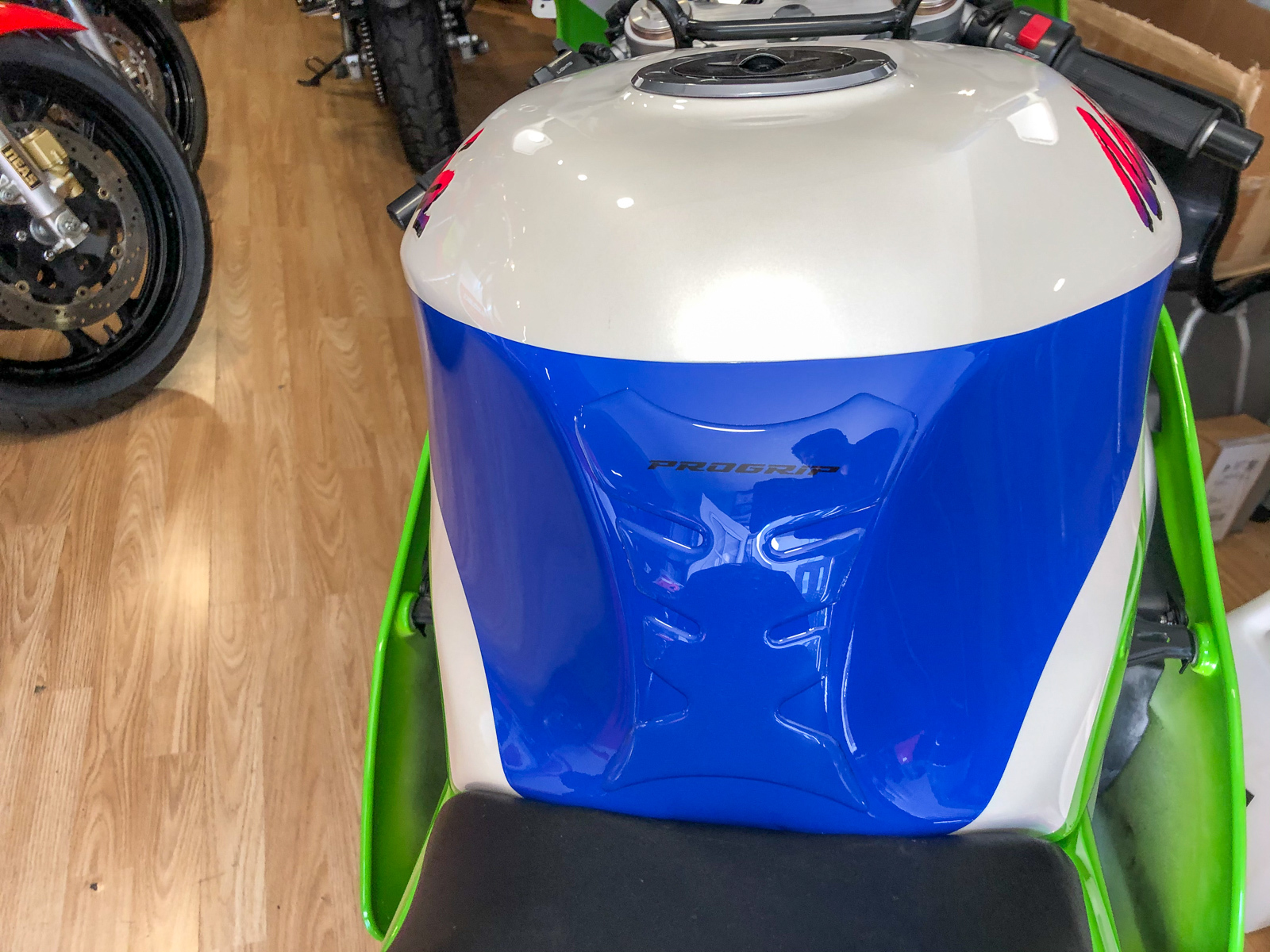 Adam took a look around this bike up close and points out two things – first, he can tell it was a polished frame at one point as the weld bead is smoother than it should be. As he puts it, “it’s pretty common to repaint or powdercoat these frames as they are very susceptible to scratches. I did the same thing on the ’92 I’m restorying for myself personally.”

In addition, this is a “very nice reproduction decal. It’s one of the better ones I’ve seen, but it’s about 2-3 times thicker than factory.” 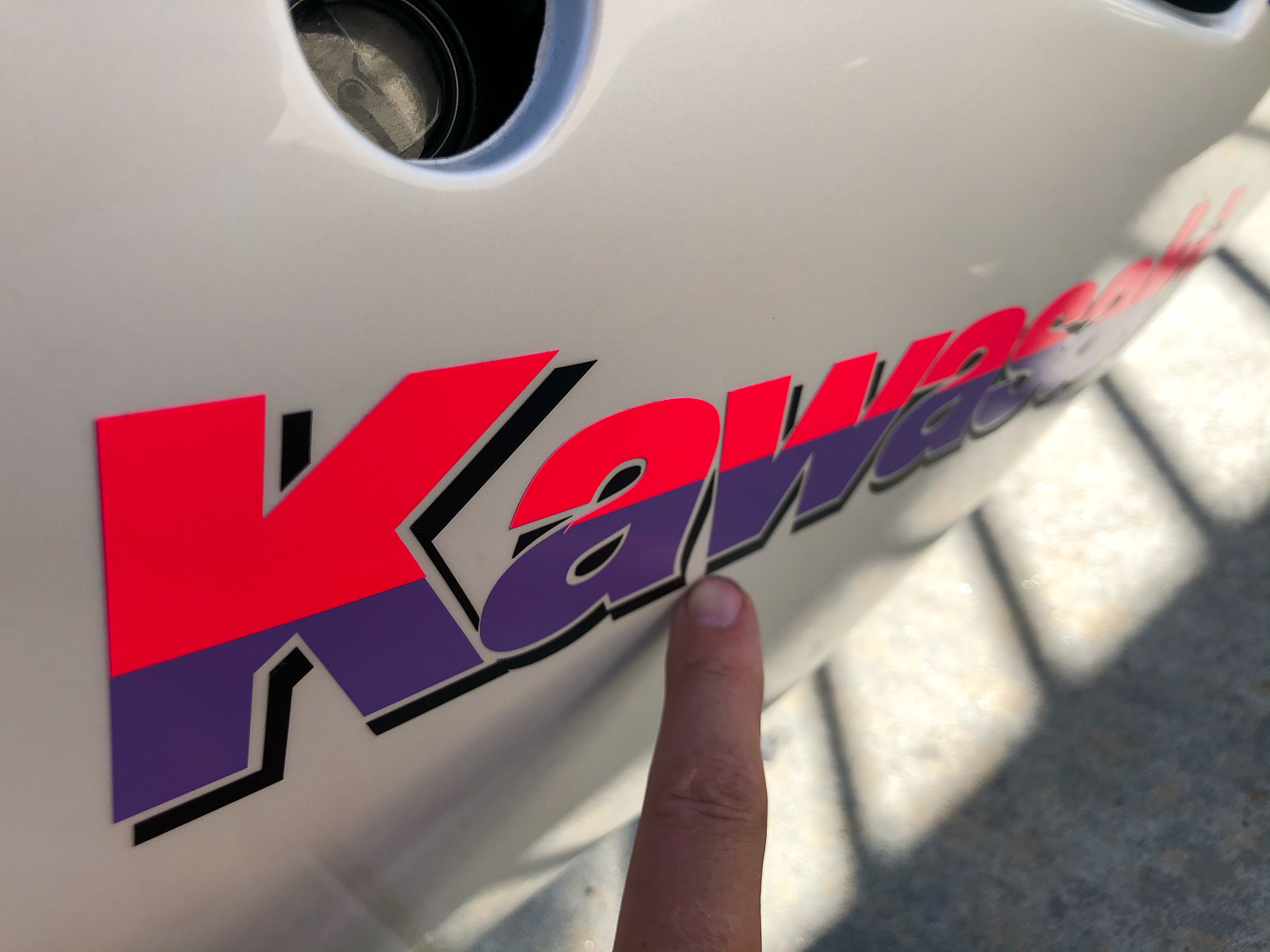 The seller is letting it go as he has physical issues that make riding difficult, and as such he has only put about 50 miles on it since the restoration work was performed. Have any questions? Let us know in the comments and we’ll do our best to answer them! This ZX-7R is currently located at our Marina del Rey, California location for anyone that would like to inspect it, and it it is sold on a New York title. 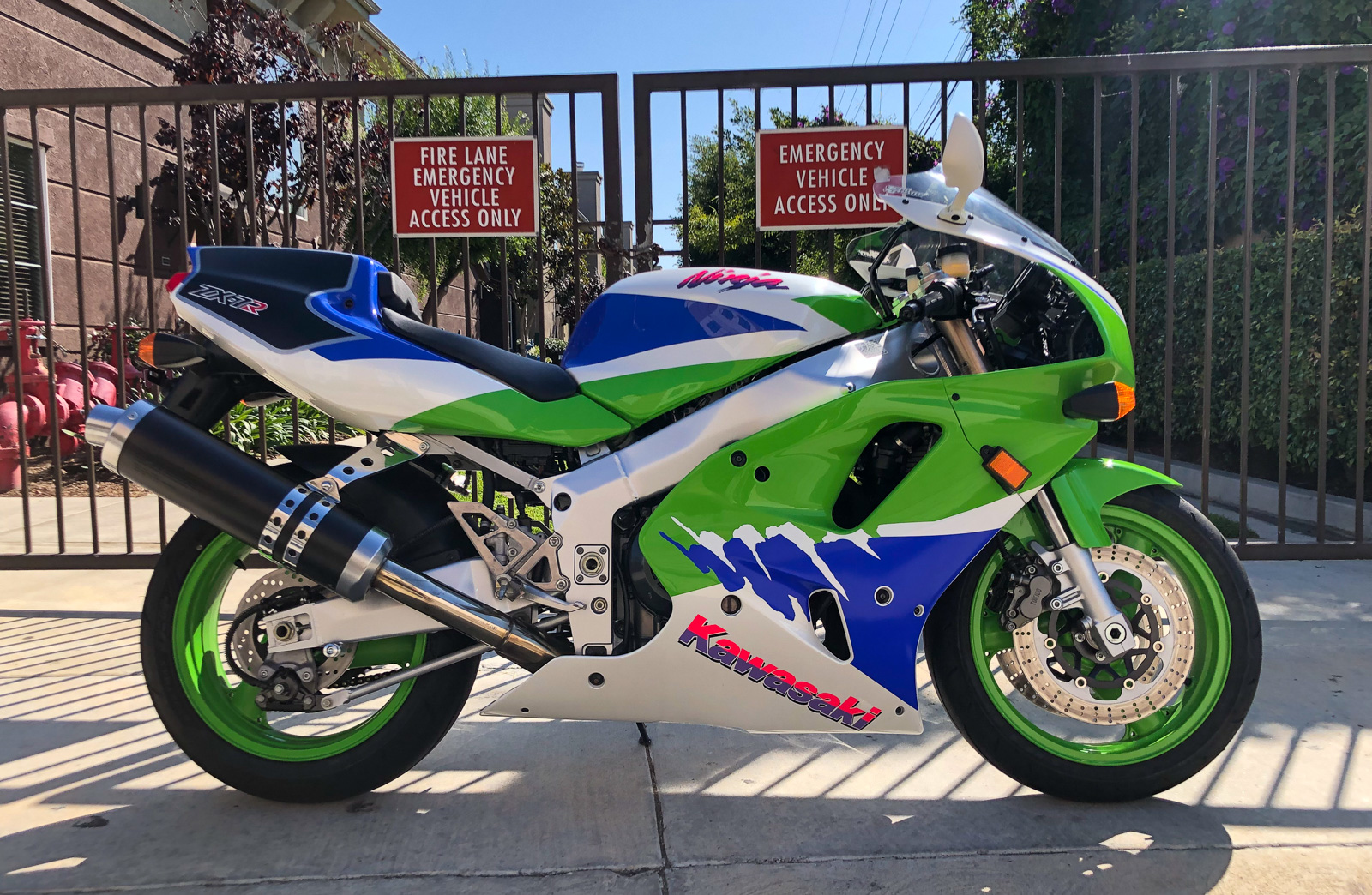