4-19 Update: We’re always trying to get more information on this bike – a colleague of ours with access to Kawasaki USA’s internal database was able to run the VIN and show that this was originally sold to Rob Muzzy:

We’re not sure it gets more Iconic than this – you’re looking at Scott Russell’s 1993 WSBK Championship-winning bike, which has been in Rob Muzzy’s ownership since the bike was retired. Per Rob, this is the A bike and they awarded Scott the B bike. We are unable to confirm either way, however Mr. Daytona himself definitely has the other one and recently had Chris Jentzen give it some TLC. The motorcycle on auction has been on display for the last several years at the AMA Motorcycle Hall of Fame Museum in Pickerington, Ohio, and it was featured in the November 2015 issue of the American Motorcyclist magazine (page 28-29). Here’s the AMA’s description:

“AMA Motorcycle Hall of Famer Rob Muzzy is one of motorcycle racing’s most prolific and successful tuners. He worked for Kawasaki teams that won AMA Superbike championships in 1981, 1982, and 1983. His riders later won the Daytona 200 and the AMA Superbike Championship for Honda.

After starting his own aftermarket performance business, which thrived throughout the 1980s, Muzzy went back to work for Kawasaki and won the 1990 AMA 750cc Supersport and Superbike Championships and then moved to the World Superbike series, where he won two titles.

One of those world championship titles was earned with this 1993 Kawasaki ZX7R with Hall of Famer Scott Russell at the controls.

The year after Russell gave Kawasaki its first Daytona 200 win – and won his first AMA Superbike Championship – he earned a ride on the Muzzy-led Kawasaki World Superbike team. 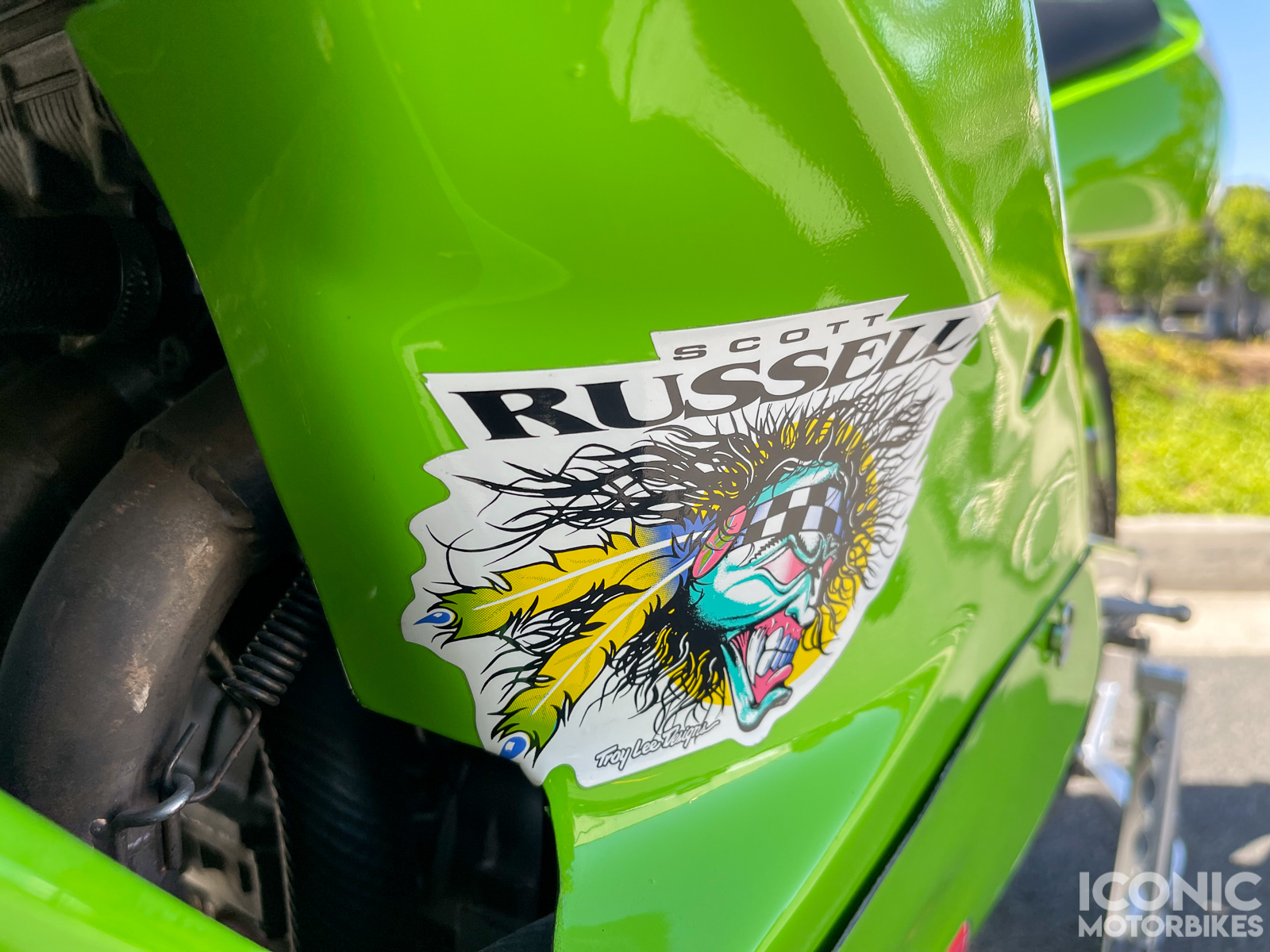 The ZX7R he rode was heavily modified version of the stock sportbike. It featured Kawasaki “works” pistons inside the four inline cylinders, each with a 71mm bore and a 47.3mm stroke. The transmission – another Kawasaki works part – was modified to support multiple ratios for each gear with an adjustable primary ratio.

The forks and shocks were Ohlins, with Dunlop tires on Marchesini hubs. Both the steering head and swingarm pivot were adjustable to allow for easily customized handling characteristics. Braking duties were handled by Nissin calipers and carbon fiber rotors. 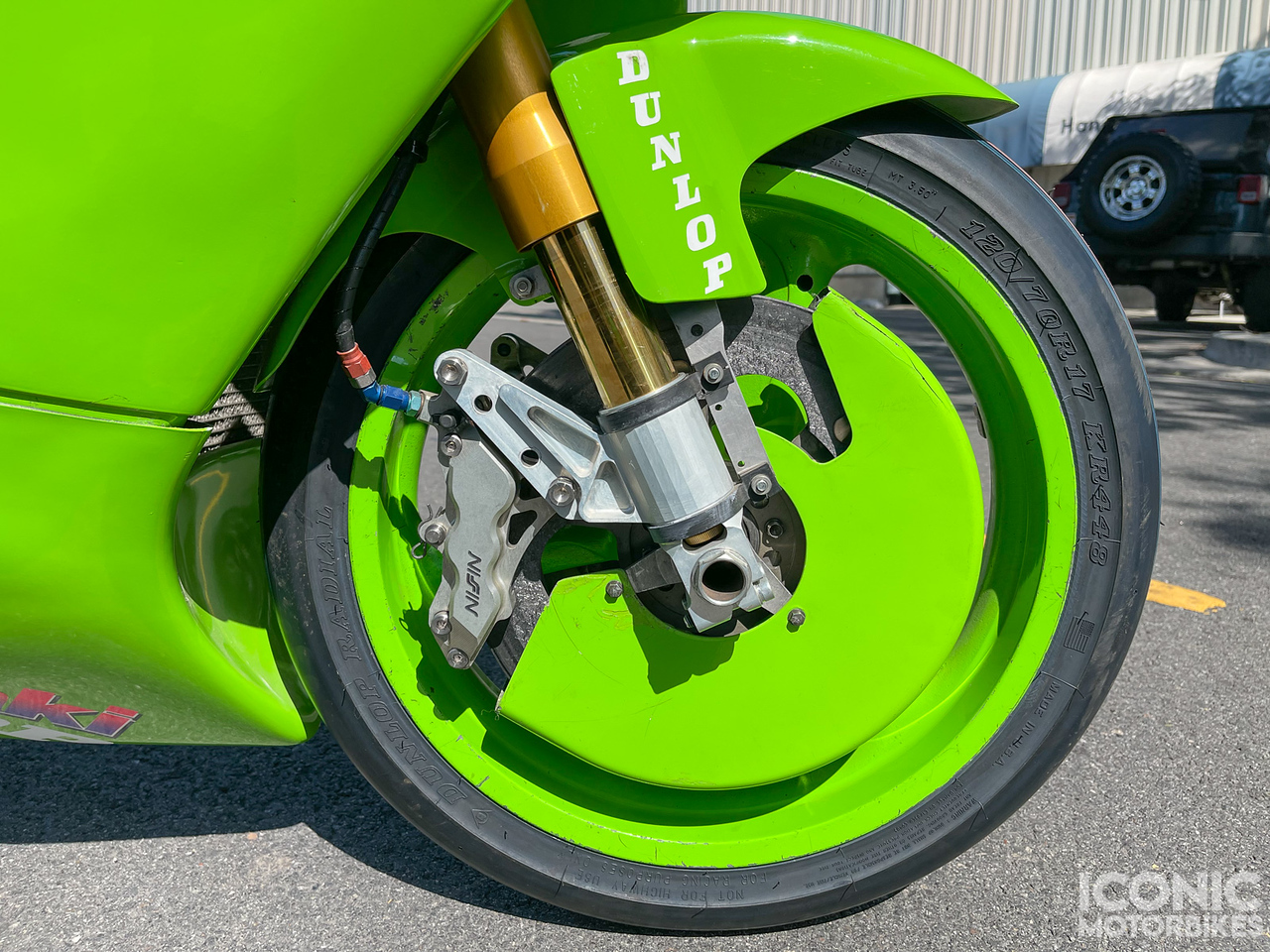 All that Muzzy-tuned tech, combined with the exceptional skill of Russell, resulted in four wins that year – at Hockenheim, Brno, Sugo, and Donington Park – and 14 second-place finishes.” 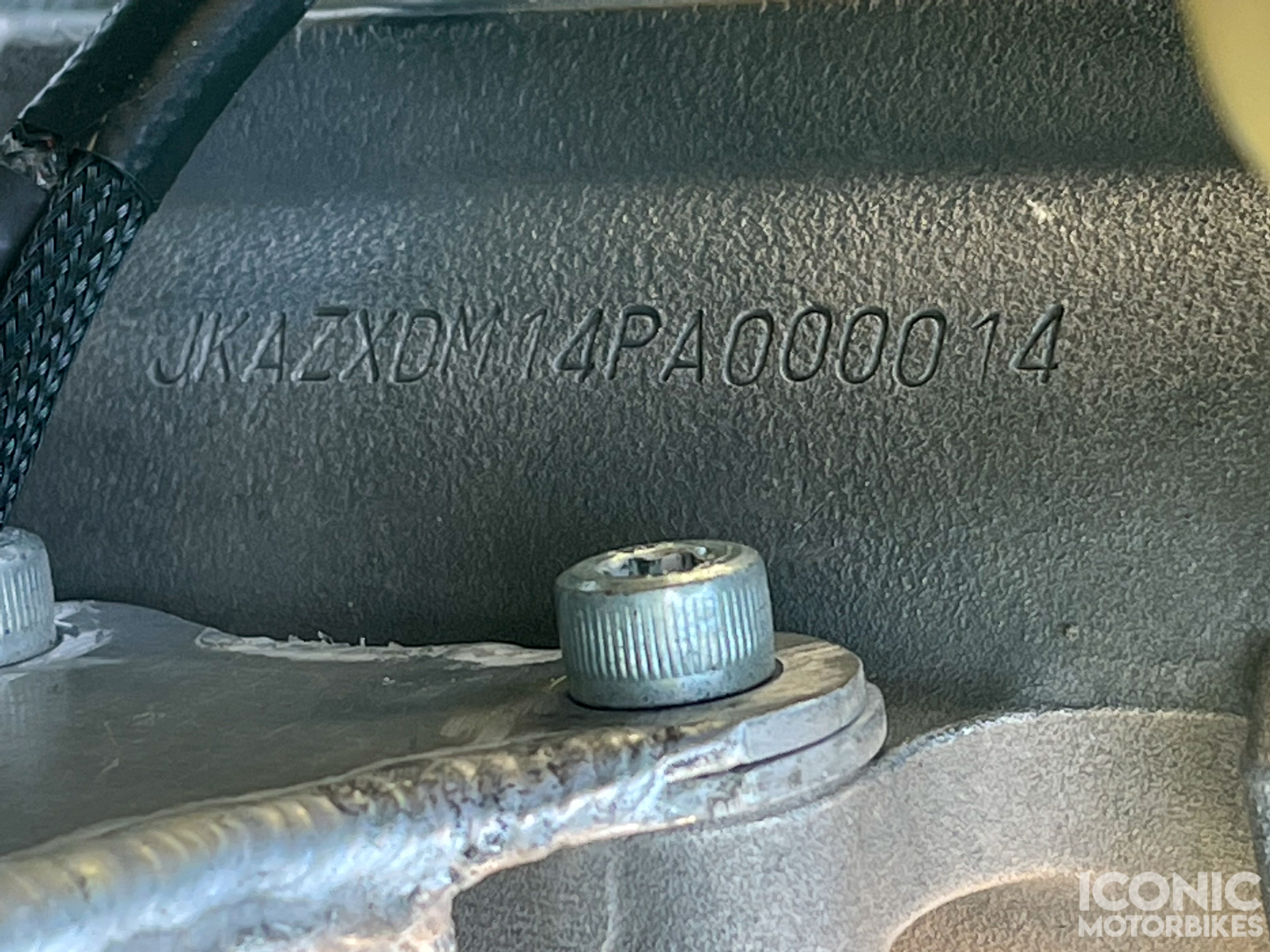 In preparation for the listing, we had Angel detail the bike and look into making it a runner. The bike has spark but it does not fire up at this time – our best guess at this time is the igniter box may need to be tweaked or replaced. 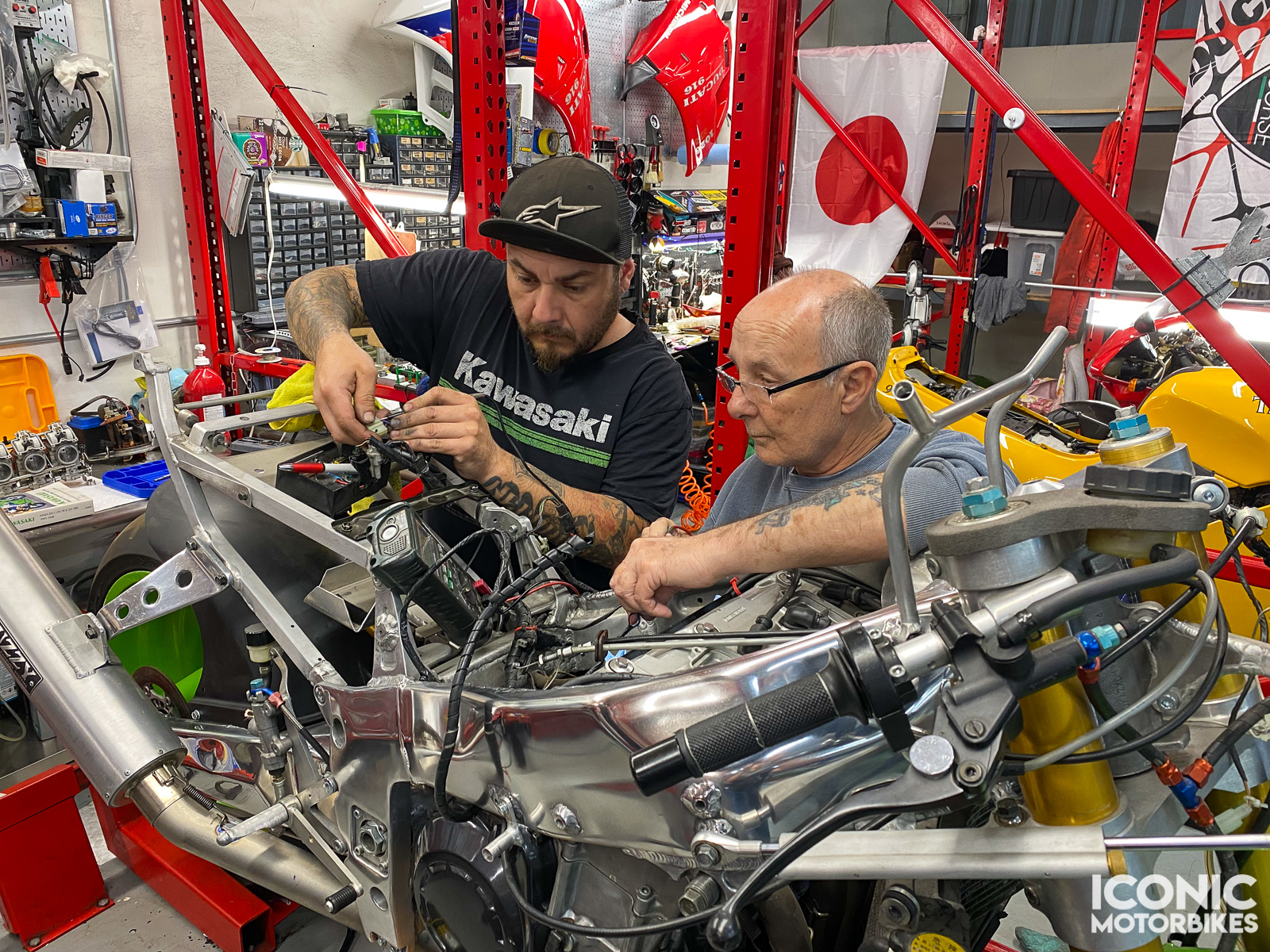 Cosmetic Blemishes: this bike is as raced and shows expected wear. Please see the photo album up top for all known cosmetic blemishes – here is a selection: 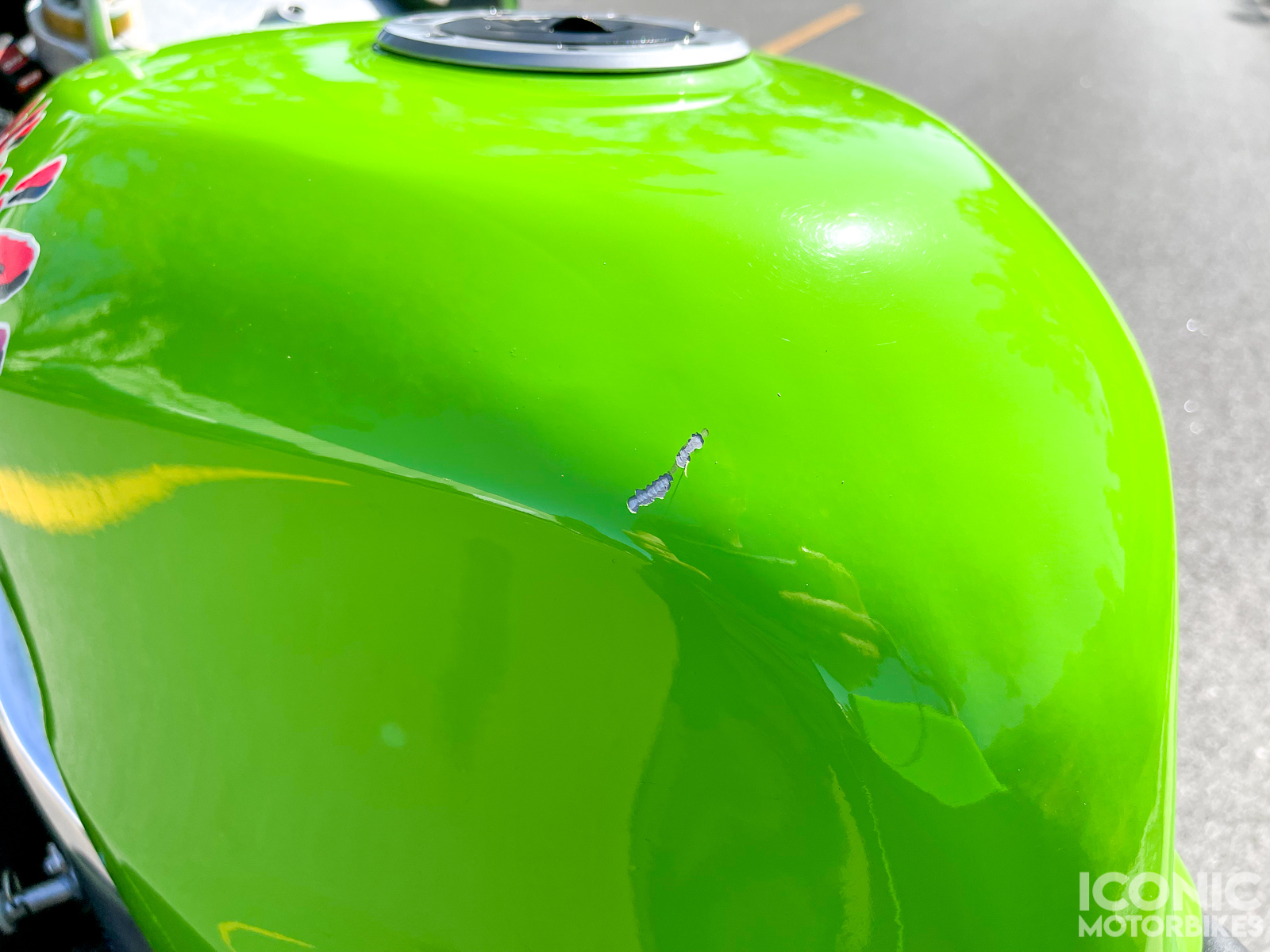 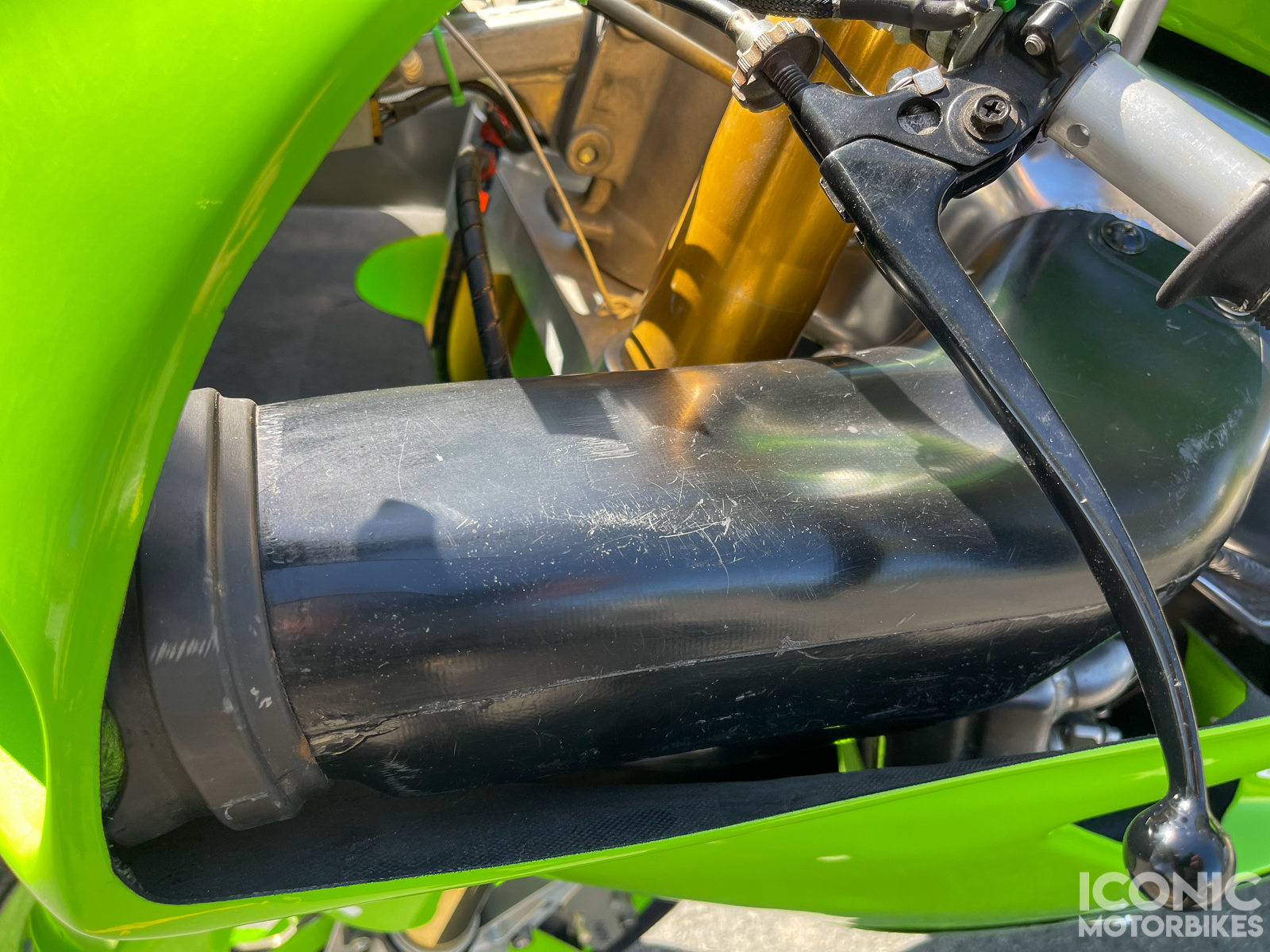 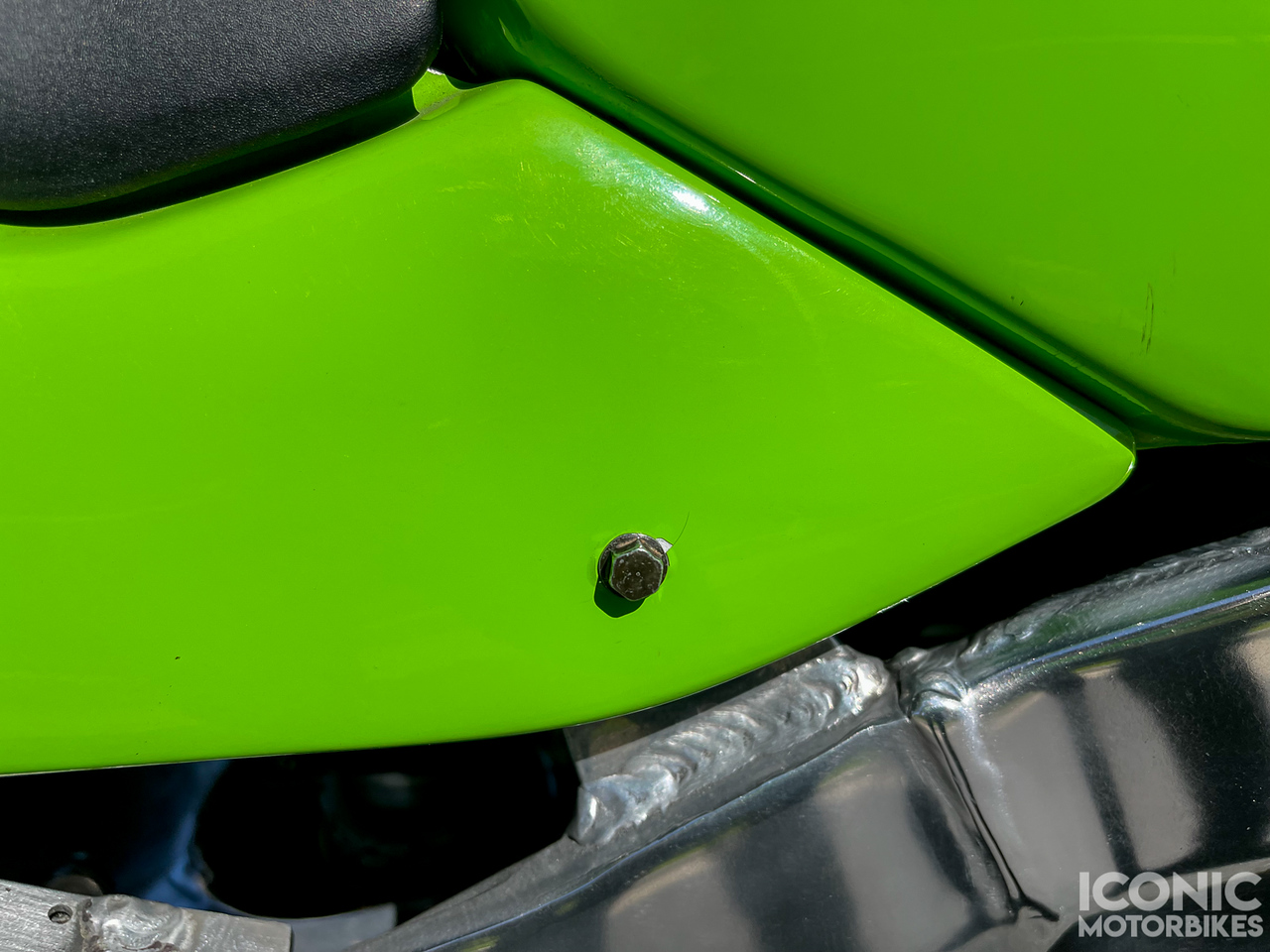 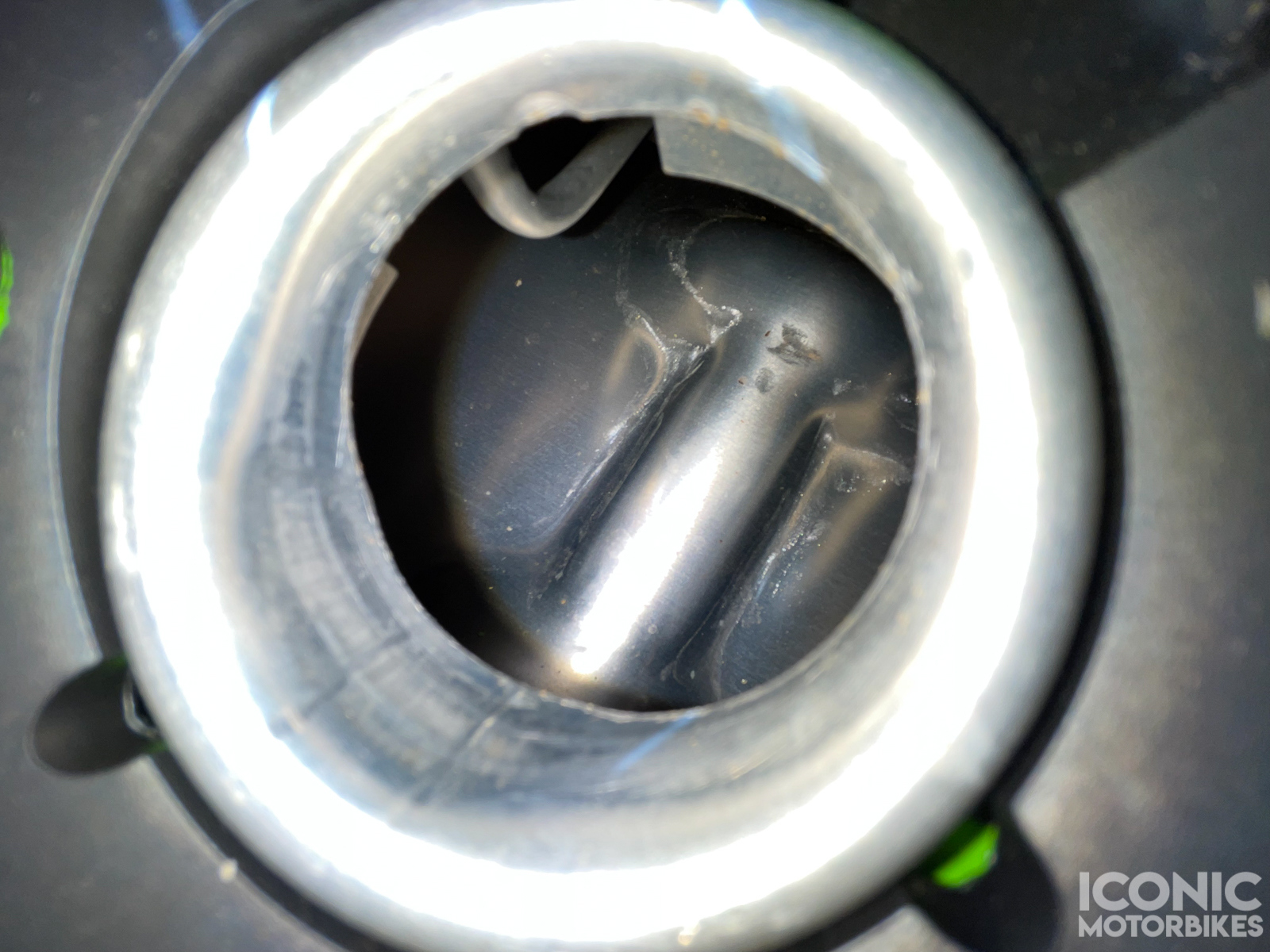 There is no key – most keys/flat metal tools can open up the gas tank lock.

The sale includes a titanium stand. 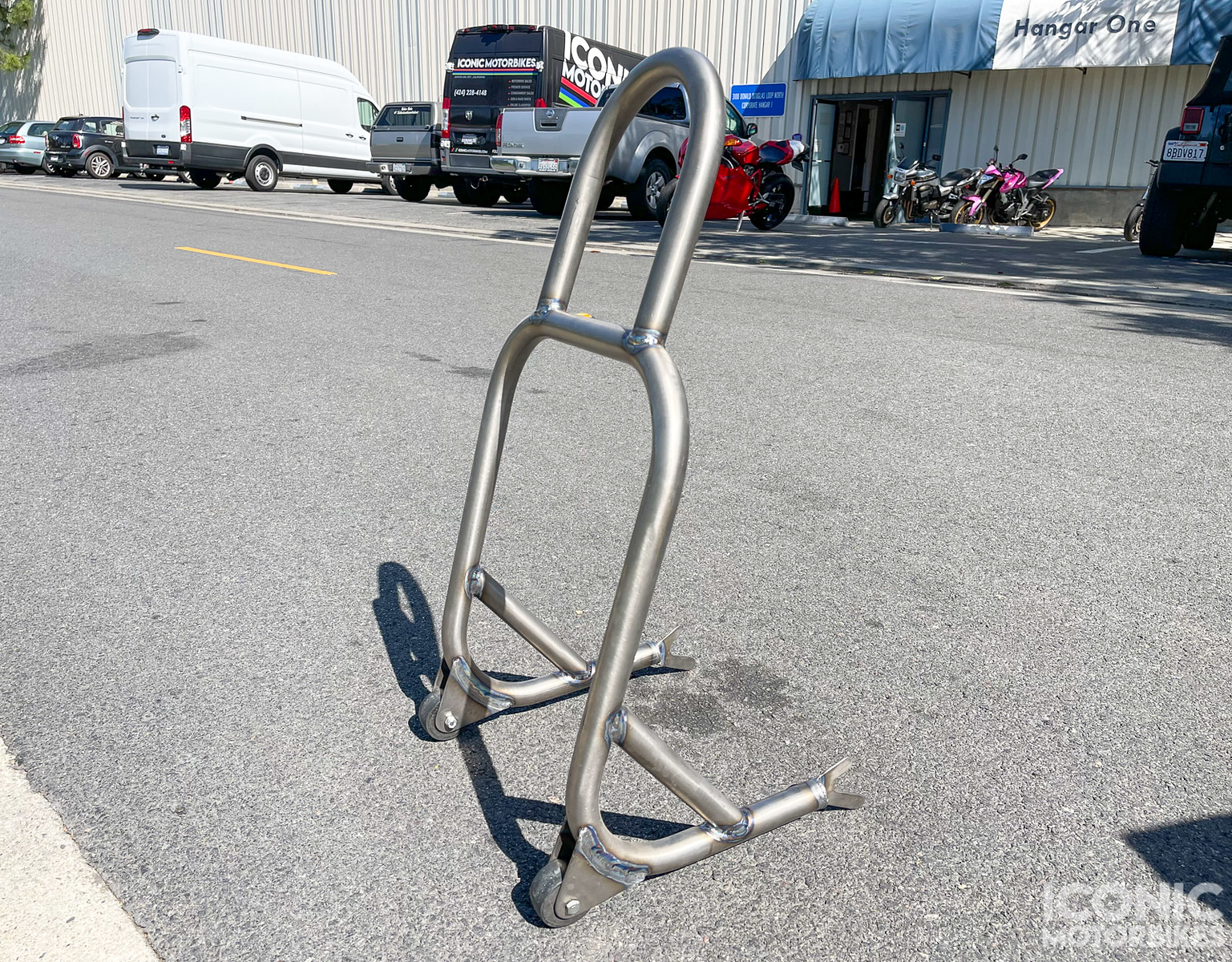 Currently located at our facility in Santa Monica, California (please make an appointment for an inspection), this Kawasaki is offered on a Bill of Sale only. Have any questions about this listing? Let us know in the “Comments” tab!