Additional photos of this 1993 Yamaha YZF750SP are available here for your perusal. 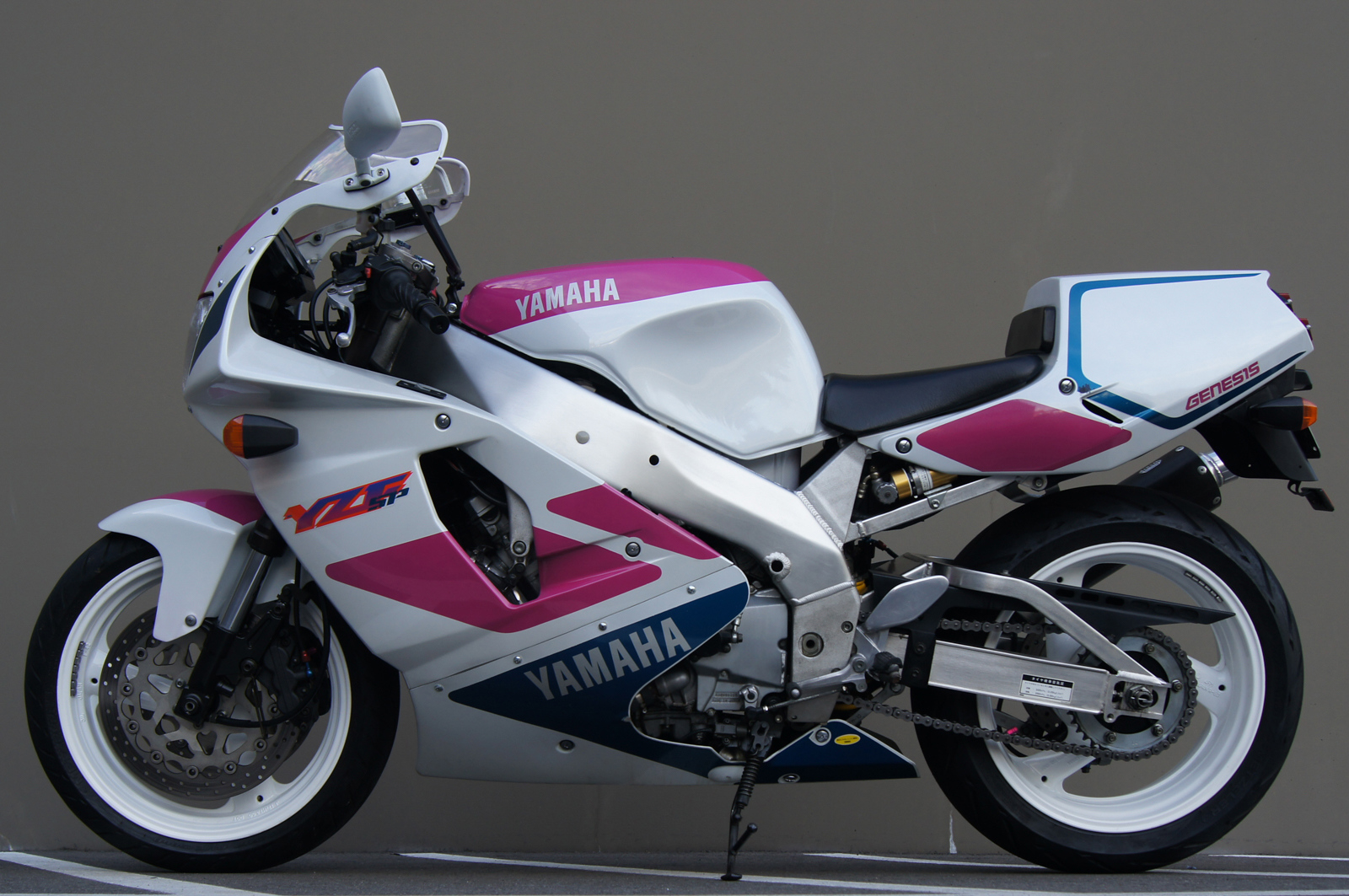 It doesn’t matter if the tank says Honda, Yamaha, or any other manufacturer – if the model name ends in SP (Sport Production), you’ve probably got something special. That’s definitely the case with the YZF750SP, a homologation special variant of Yamaha’s YZF750R.

The R model was good enough to be crowned Bike of the Year by Sport Rider in 1995, but the SP was extra special thanks to an adjustable swingarm pivot, fully adjustable suspension front and rear, 39mm Keihin FCR flatslide carbs, removable rear subframe, and a monoposto, as Ducati would call it.

There were also hidden changes, such as revised cams and different gear ratios: the SP could top 85 mph in first gear! Both were ideal for superbike and endurance racing – the YZF won the Suzuka 8 Hours four different times between 1987 and 1996 and it won the British Superbike Championship three years in a row. Yamaha produced just 500 examples of the SP in 1993 for homologation purposes – we’ve heard that just 7 were officially exported to the US.

Basic specifications were 125 horsepower at 13,000 rpm through a 6-speed close-ratio transmission, good for a top speed of 168 miles per hour. Wet weight was 494 pounds, and everything was kept together with Yamaha’s Deltabox twin-spar aluminum frame.

This YZF750SP was legally imported from Japan and is currently equipped with a clear title in Washington state. It shows 6,461 kilometers on the odometer (4,017 miles) and is said to be “mostly all original and in exceptional preserved condition.” The bodywork is entirely original, and there are no cracks though there are some minor scratches as expected from the age and mileage. Note a small abrasion on both sides of the lower fairing, as well as some scratches on the left side of the tail. The wheels are perfect, and there’s no corrosion on the frame or engine.

A quick peek at the seller’s Instagram account will show you that he’s the kind of person you want to buy a JDM import from, and this YZF750SP is a truly landmark model from Japan for you to enjoy. As always, let us know if you have any questions and we’ll do our best to get you answers!

This bike isn’t for me, I just love how 90s this paint job is. Kudos to MrWhite or anyone else that can pull off the pink!